If there was ever an example of not judging a book by its cover, Bomb Club from French indie developer Antoine Latour would be it. The entire game has a cutesy motif, and starting off with the game’s icon I can see someone easily dismissing this as yet another in a long line of utterly lifeless mobile games. With no disrespect to Antoine Latour intended, Bomb Club just kind of gives off that vibe, you know?

However, dismissing this one would be to dismiss one of the more interesting and challenging puzzle games I’ve played in recent memory. Your job is to explode all of the bombs laid out in each level, both for fun AND safety. The trick is that you can only ignite one of the bombs, so you’ll need to place other bombs onto the playfield to set up a chain reaction that starts from the bomb you set off and hopefully takes out every other bomb along the way. 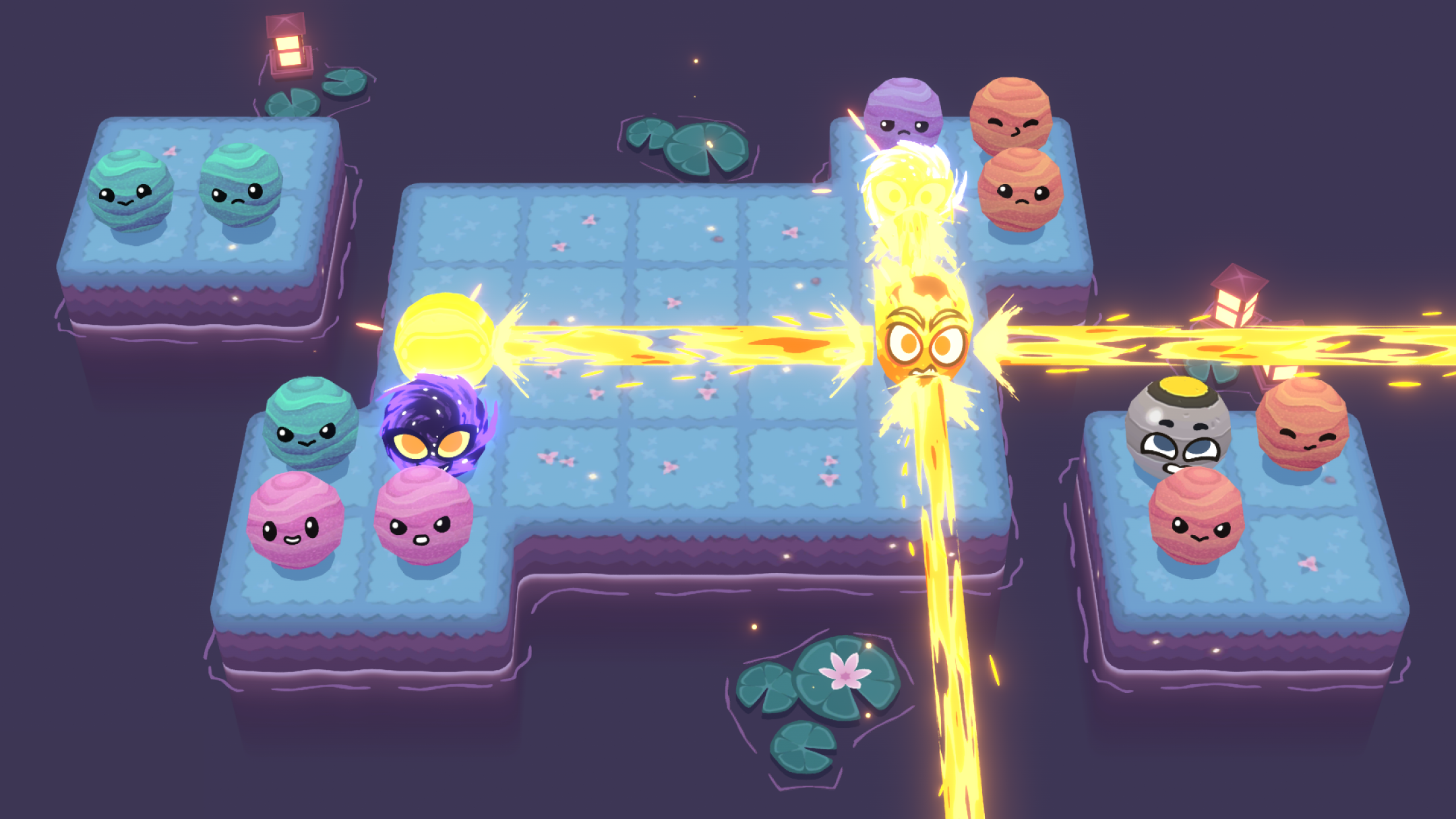 Of course there are a variety of bomb types, each with unique attributes and blast radiuses, and there are even hats(!) you can adorn your little bombs with that will bestow special abilities on them and enable unique new mechanics. Did I mention that another sign of a really good game is that you can unlock and wear hats in it? Score another point for Bomb Club.

This concept leads into tons of cool logic puzzling as you suss out the best way to explode every bomb in each level, and as an optional bonus goal to shoot for you can also try to light off the bonus fireworks laying around. Mechanics aside, though, Bomb Club is just bursting with personality. A humorous cast of characters walks you through all the ins and outs as you learn new bomb types and mechanics, and there also seems to be a story tying everything together.

It’s all surprisingly entertaining. The graphics are also much nicer than what you might be led to believe just from static screenshots. The game is actually in 3D and you can pan and zoom around each level to your liking, even if it doesn’t feel strictly necessary to do so. Oh, also the music is freaking fantastic. I was not expecting this level of polish from Bomb Club at all but am happy to be pleasantly surprised.

Despite its unassuming icon and screen shots, Bomb Club is an exceptionally enjoyable puzzler that’s well worth your time and money. To that last point, you don’t even need to spend any money to enjoy what it has to offer. The entire base game is free with the only IAP being a handful of additional level packs. Those level packs even warn you that they’re for advanced players only, and urge you to complete the base game before even attempting them. THAT is how you do things right. So don’t dismiss Bomb Club based on its exterior or you will be missing out on a downright fantastic little puzzler.