The Division is one fork of Ubisoft’s expansive roster of games set in the Tom Clancy universe, which includes other popular series like Rainbow Six and Splinter Cell. The first The Division game launched back in 2016 on then-current consoles and PC to an overwhelmingly positive response, crushing tons of previous Ubisoft records for sales and active players. In 2019 The Division 2 was released to an even more positive response, and the game has been gaining new content and multiplayer features in the time since then. Today Ubisoft posted an update on where things are at and where things are heading with The Division universe and that included confirmation of previously announced new content for The Division 2 launching later this year, an update on a The Division movie, a brand new free to play console and PC spinoff game called The Division Heartland, and the announcement of a brand new mobile title in development. 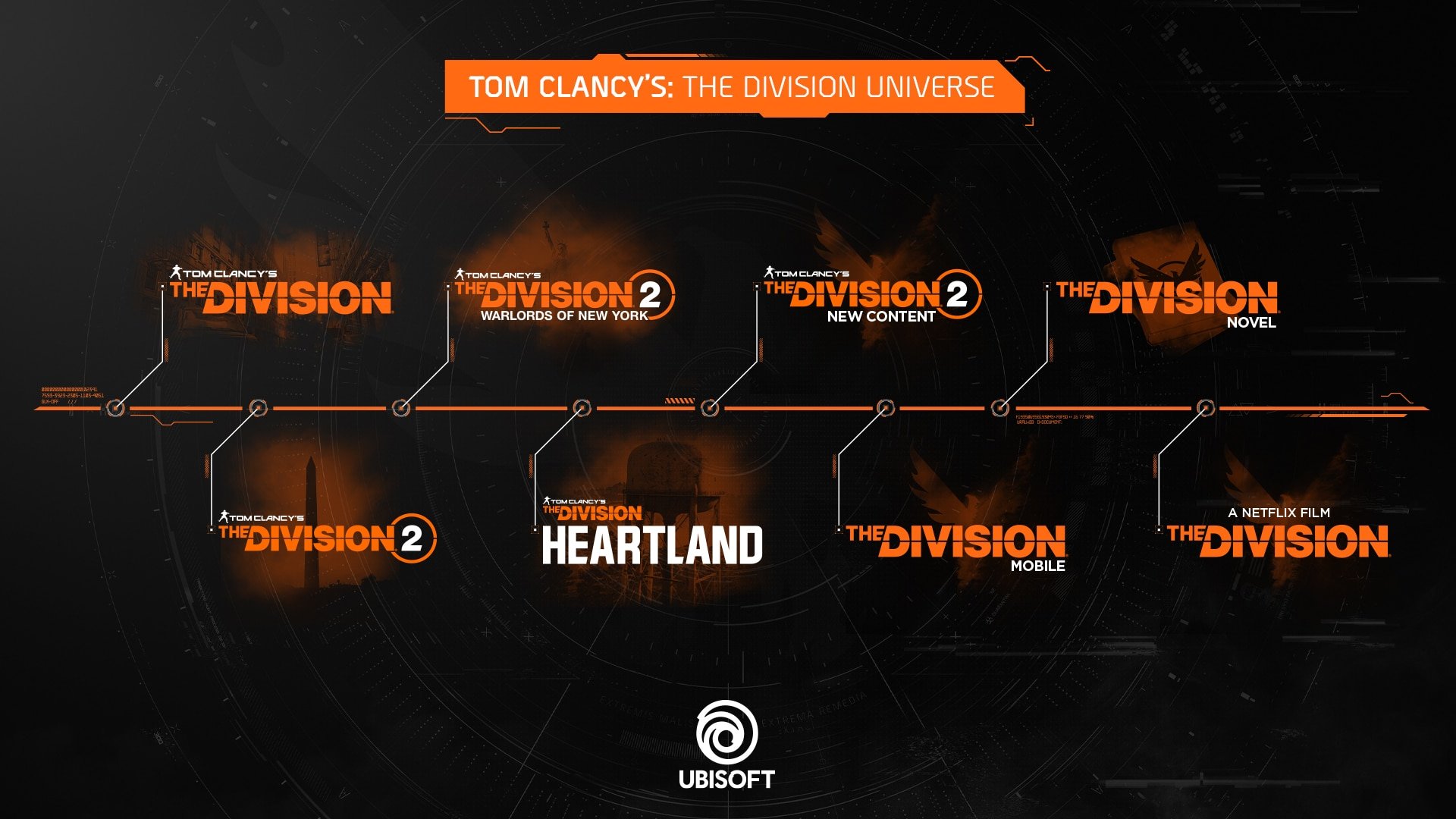 There are literally no details on this mysterious The Division mobile game at this time, but I would bet on a strategy similar to what Activision has done with their Call of Duty franchise and the massively successful Call of Duty Mobile game. As for Heartland we know that Ubisoft’s own veteran Tom Clancy’s studio Red Storm Entertainment will be developing the game, and based off of that subtitle I’m guessing it’ll take place in one of America’s Heartland states as opposed to the New York City and Washington DC settings of the first two games. Ubisoft says they’ll have more to announced about these upcoming projects at a later date, and since they’ve previously announced that their next big media event will be the Ubisoft Forward showcase during E3 on June 12th I’d imagine that’s when we’ll be hearing some new information.