Ever since Apple Arcade’s original unveiling just over two years ago, Fantasian from Final Fantasy creator Hironobu Sakaguchi’s Mistwalker studio has been one of the most hyped upcoming titles for the service. Here we had a bonafide industry legend creating a game for Apple devices. A real game! Surely this would be the type of thing to finally bridge the gap between “mobile gaming" and “real gaming". Well, that remains to be seen of course, but after only revealing tiny tidbits of information about Fantasian over the past two years, Mistwalker released two brand new trailers earlier this month giving us our first bonafide look at the game in action. And based on those trailers this did indeed look like the real deal.

That new trailer drop also appeared to be a sign that the release was getting close, and another sign pointing to that is a new preview article that dropped on Famitsu today which has revealed some more new details. The biggest bit of news to come from this is that Fantasian will in fact be a two part game, with the first part set to arrive soon and the second part coming in the latter half of 2021. The good news is that each of the two parts sounds very substantial and is said to offer 20-30 hours of gameplay apiece.

The rest of the article goes more into the story and main characters in Fantasian, as well as dishing some new info about how the in-game mini-maps and world maps will work. Fantasian’s environments are all actual physical dioramas which the team created in real life and then digitized into the game. The characters and other elements are then more traditional polygonal models inserted into the photo-realistic backdrops. This technique sounds absolutely painstaking, but makes for an incredible effect as the new trailers have shown. A nice side effect of this creative process is that the dioramas also double as excellent in-game mini-maps of each level. 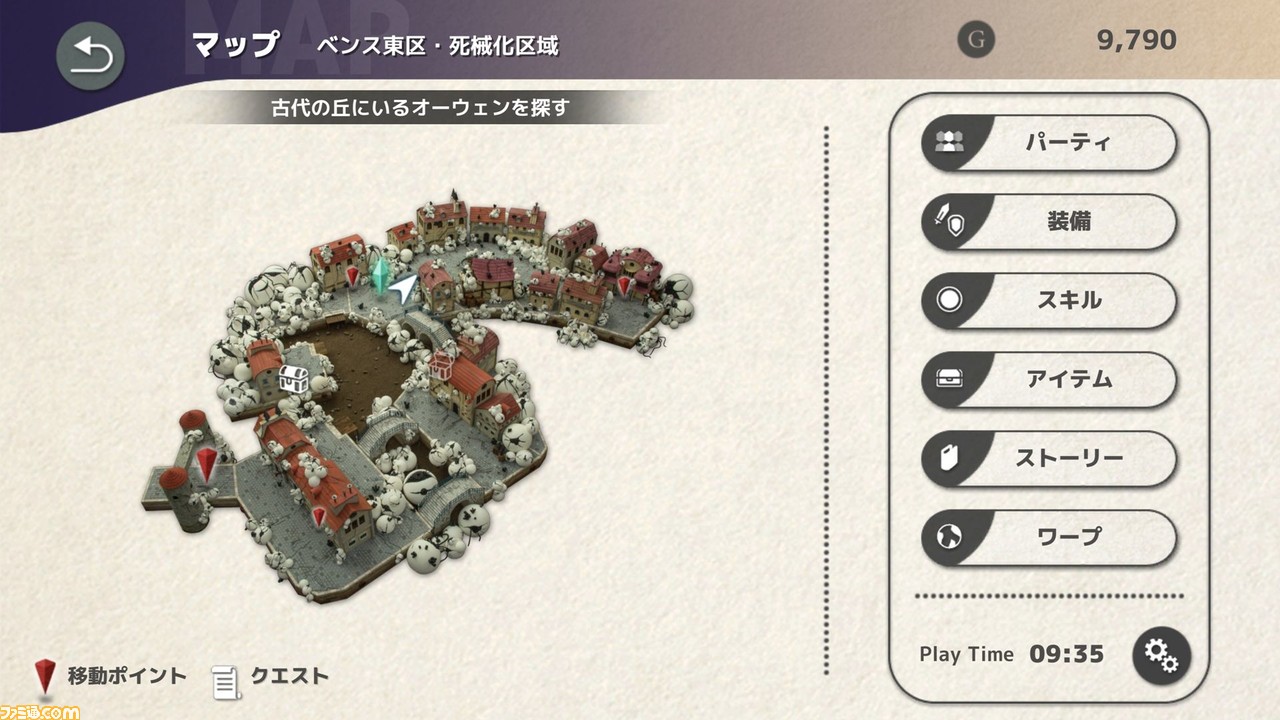 The Famitsu preview is entirely in Japanese, but you can mostly understand the main points of it even with a dodgy Google translation. There’s also quite a few new screens to check out too. No hard release date has been revealed just yet, but the data associated with the game’s App Store link denotes a date of April 16th, so while that’s by no means a guarantee it seems like a good bet as to when the game could be releasing. Whatever the case, it simply can not come soon enough for me as so far everything I’ve seen of Fantasian has looked downright incredible.