Hello gentle readers, and welcome to the SwitchArcade Round-Up for February 22nd, 2021. In today’s article, we catch up on some of the BlizzCon news that hit after I turned in Friday’s Round-Up. We also take a look at the handful of other titles that hit the eShop since we last met, with summaries of each of them to help you make your purchasing decisions. Finally, we’ve got sales! Incoming and outgoing, as you like them. Mildly curated because I am tired of typing out the same stuff every weekend, but still full of plenty of goodies. Let’s look, shall we?

Blizzard has found a great deal of success on the Nintendo Switch so far, and as such it’s not that surprising that the system continues to figure into the company’s plans where possible. Last week at BlizzCon, the heavily-rumored remake of Diablo II was officially announced as Diablo II: Resurrected. It’s being developed by Vicarious Visions and will release later this year on a number of platforms, including the Nintendo Switch. While Diablo III overcame a rocky launch to become a beloved classic in its own right, many fans of the series still feel the second game was the best. Whether you’re getting into it for the first time or returning to old habits, you’ll be able to dive into the action on our favorite hybrid console before the year is up. Yep, that’s a remake alright. 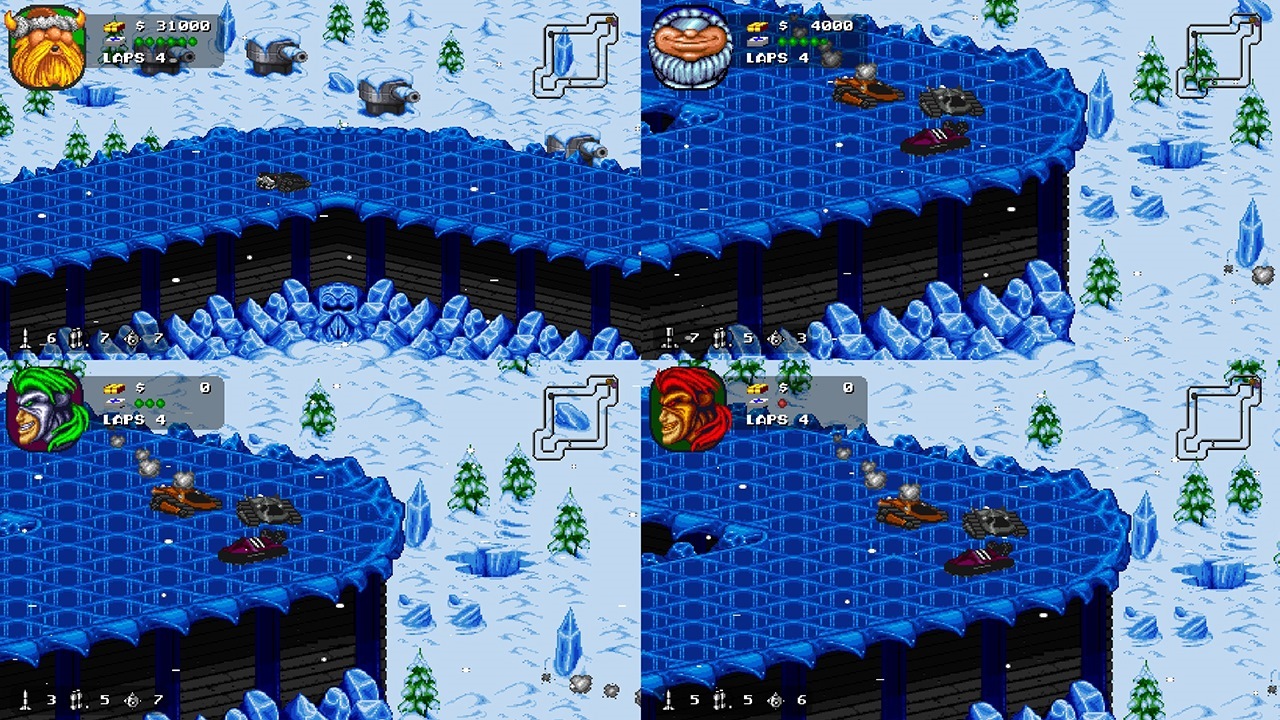 Well, this came out of nowhere. Developed by the great people at Digital Eclipse, this collection packs more of a punch than you might initially expect. There are three games included: The Lost Vikings, Rock ‘N Roll Racing, and Blackthorne. Each game has multiple versions, including a Definitive edition that is meant to be the ultimate way to play. Aside from those Definitive versions, Lost Vikings and Rock ‘N Roll Racing have the Genesis and Super NES ports, and Blackthorne has the Super NES and the SEGA Genesis 32X versions. There’s also an extra documentary-style bit about Blizzard you can enjoy. The games are awesome, the emulation on the classic versions is great, and the Definitive editions are amazing. I’ve only spotted one casualty: Rock ‘N Roll Racing no longer has Black Sabbath’s Paranoid in its soundtrack. Well, you can’t have it all. 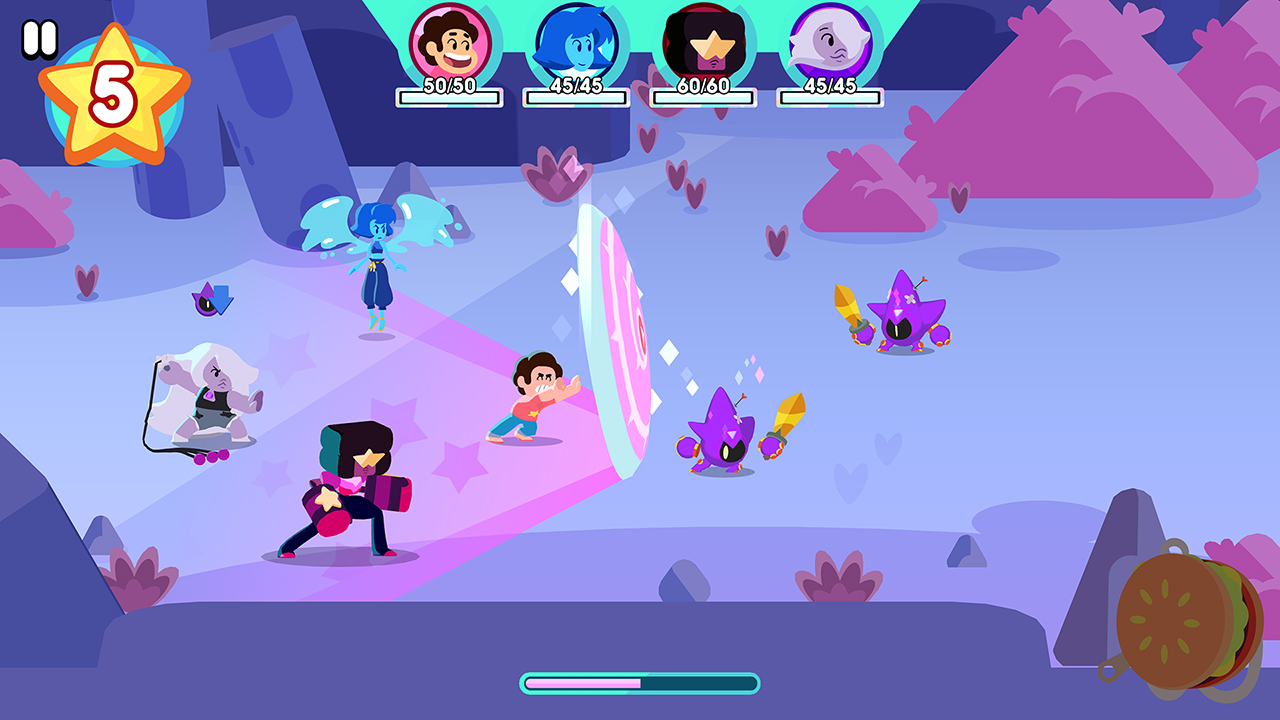 I really love all of Grumpyface Studios’ Steven Universe RPGs, and I say that as someone who has never seen a single episode of the show. Unleash the Light is another excellent one, with a very compelling battle system and a nice assortment of characters to use. That said, I have to roll out the usual proviso with games that migrate to the Switch from Apple Arcade. There’s no real advantage to playing this game on Switch, and indeed given how things went down with the last Steven Universe game on this platform it may be better to play it on mobile. The price of this game could get you five months of Apple Arcade, which is more than enough time to play through it on that service along with a bunch of other games. It’s a great game, but unless you really want to play it on Switch or have some sort of reliable ownership of it, there’s nothing special about this particular way of playing it. 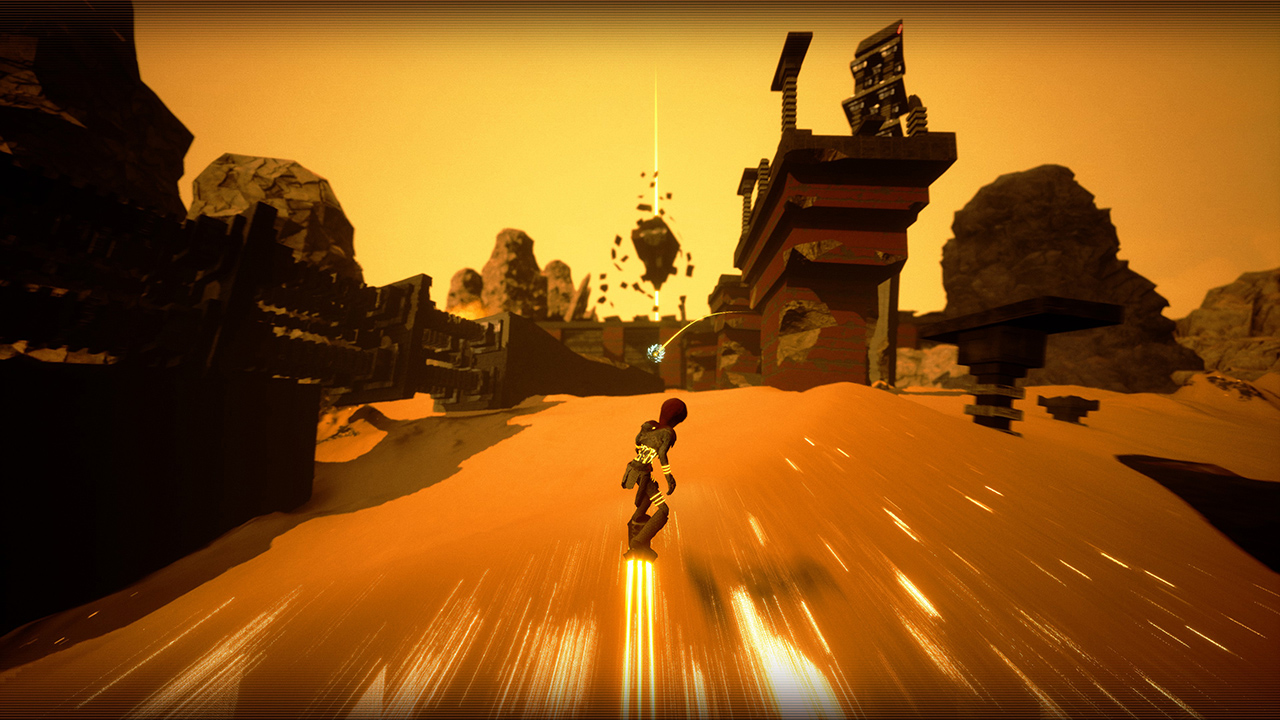 This is an experience game about riding a hoverboard on an alien world. The obvious comparison here is to games like Journey, and while it’s not quite as amazing or unique as that game, it’s definitely an interesting thing to poke at as it guides you along its narrative. There’s a really good soundtrack backing the game, which adds tremendously to the atmosphere. This one is only for one player, and I’m not sure how much replay value it has. But if you know what you’re getting into, you’ll probably be okay with what you get out of it. 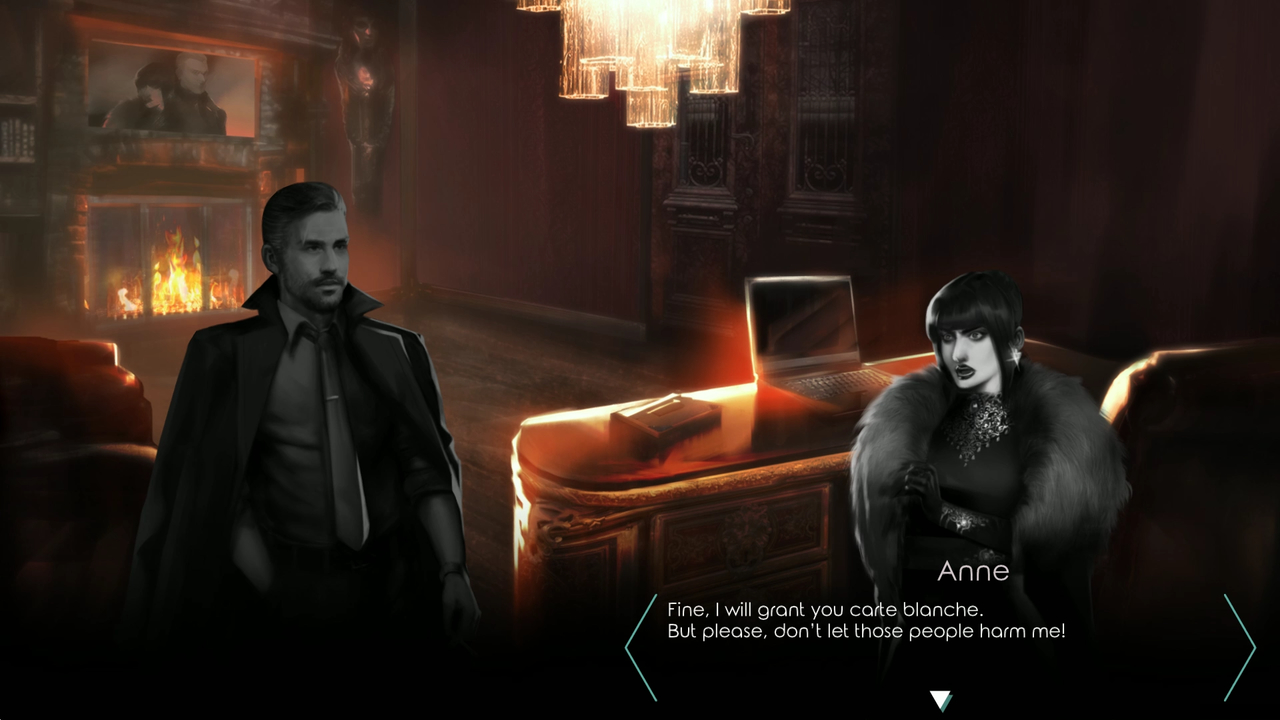 A futuristic noir thriller, Dry Drowning is a visual novel-style adventure with decent writing and a good sense of style. You’ll step into the shoes of a rather shady private detective named Mordred Foley. He’s investigating a series of murders inspired by Greek mythology, but there are more mysteries on deck than just the case. I mean, you folks aren’t new to this sort of thing. You know we’re going to be getting some shocking revelations about our protagonist that recontextualize everything we’ve learned up to that point. A rough translation and somewhat predictable course of events keep this from being all it could be, but it’s solid enough if you’re into the genre and theme. 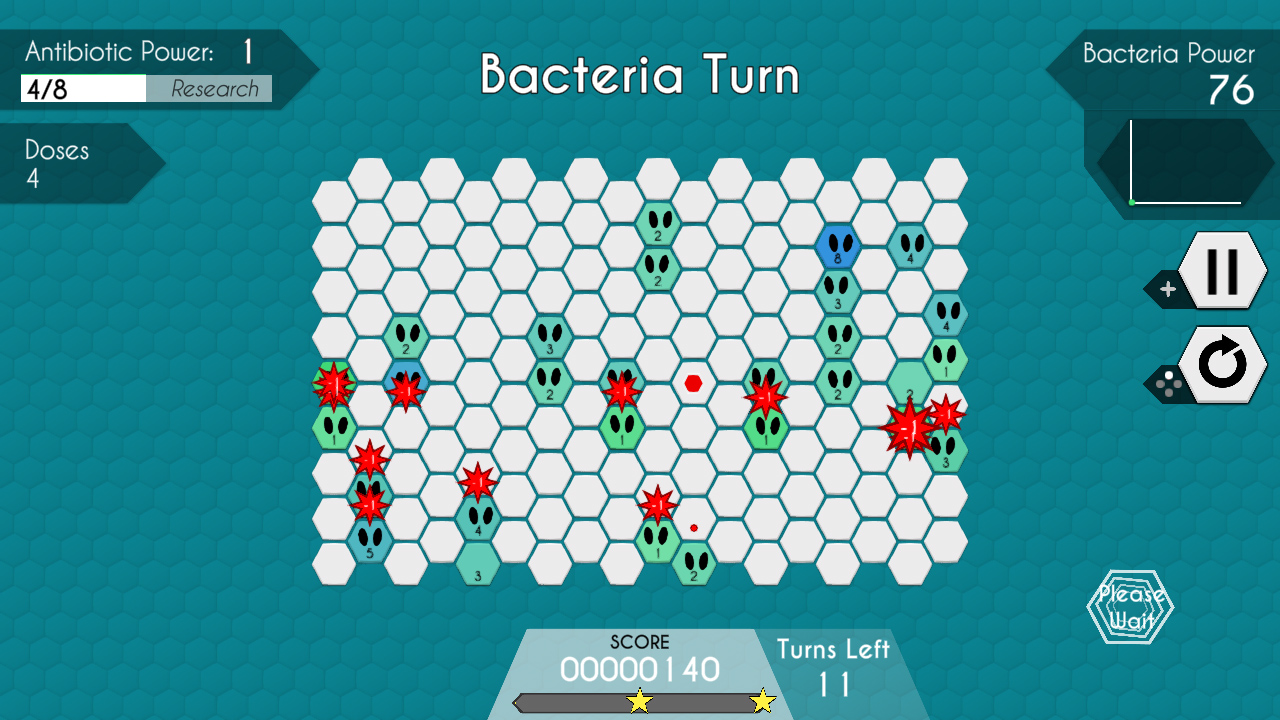 This seems like an interesting little turn-based puzzle game for the low price it’s commanding. You have a limited number of doses that you need to use to keep the bacteria in check. The goal is to isolate the bacteria so they die off, and you’ll need to decide whether it’s more important to come on strong or hang back a little bit and come up with more effective antibiotics at the risk of letting the bacteria spread more. There are 14 levels to play, and if you clear them all you’ll get a sandbox mode to entertain you for a while longer. The presentation is a bit… humble, but for a couple of bucks I think it holds up its weight just fine. 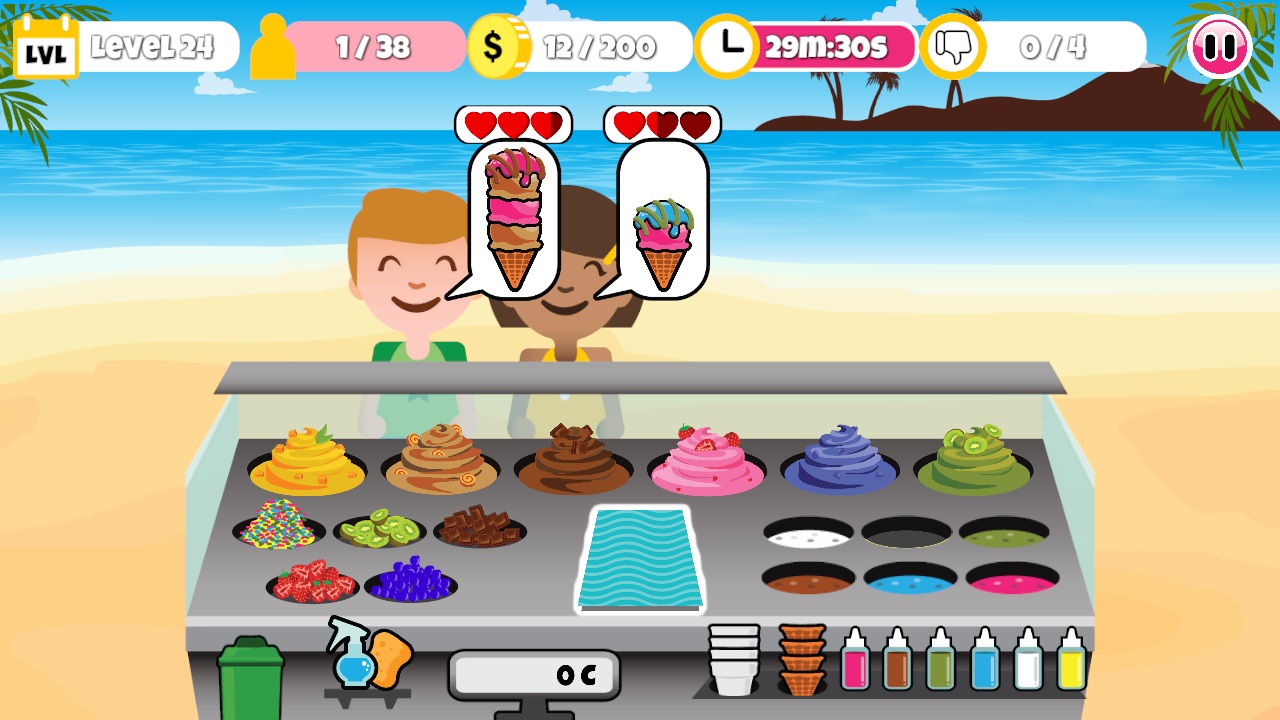 I could come at this with a sarcastic angle and try to joke it up, but I’m tired. So let’s lay it out directly: this is another one of those games where customers come up with a certain order and you have to prepare it and serve it to them before they leave angrily. Customers come in waves, and if you manage to keep enough of them satisfied you’ll clear the level. There are 27 levels in this one, along with an endless mode. The theme here is ice cream, and as such you’ll have to mix flavors and toppings and such. Just a thin new coat of paint over a concept that already exists fifty times over on the eShop, but at least it’s cheap. 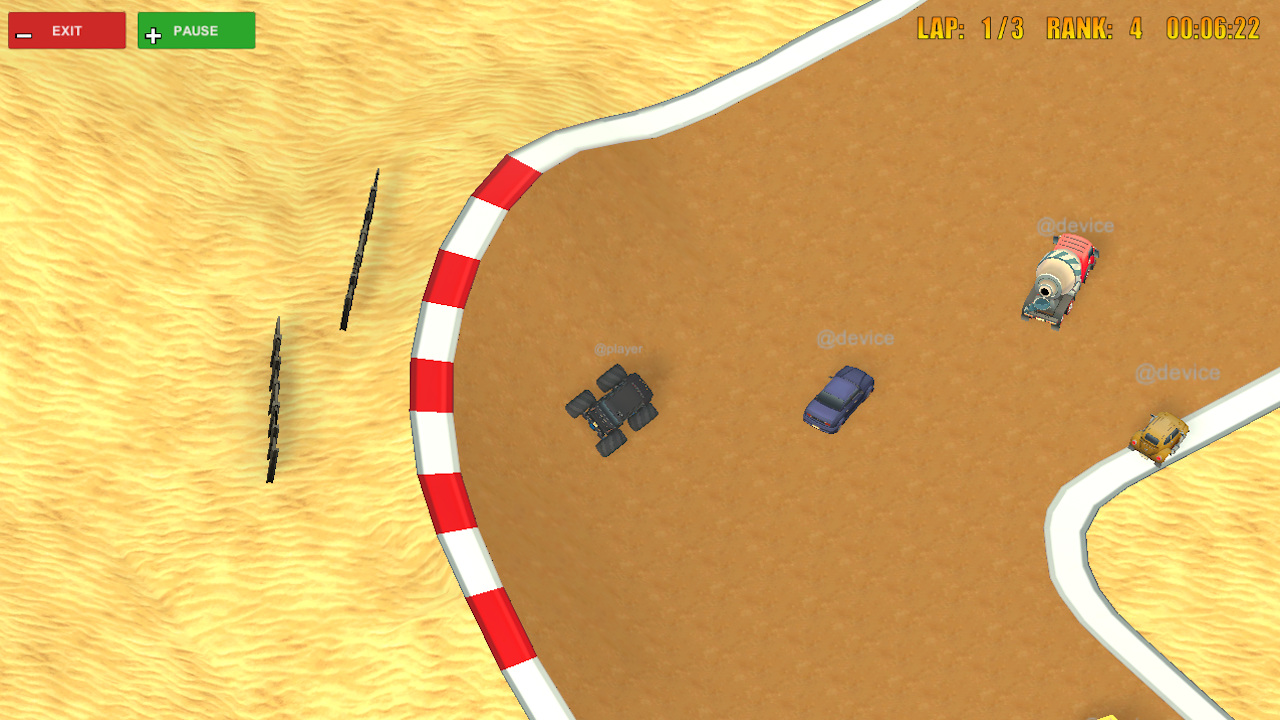 There’s something amusing about this horrible isometric racing game hitting the eShop around the same time as a brilliant remaster of Blizzard’s Rock ‘N Roll Racing. This one comes from Pix Arts, the eShop’s latest bottom-of-the-barrel publisher. You get 24 vehicles to choose from, and at least a few different tracks to race on. Although it’s single-player only, there are some computer-controlled opponents on the track. That seems like a standard feature, but you can never take anything for granted with Pix Arts. Just think: the six bucks you save by not buying this gets you almost a third of the way to the price of that sublime Blizzard Arcade Collection. 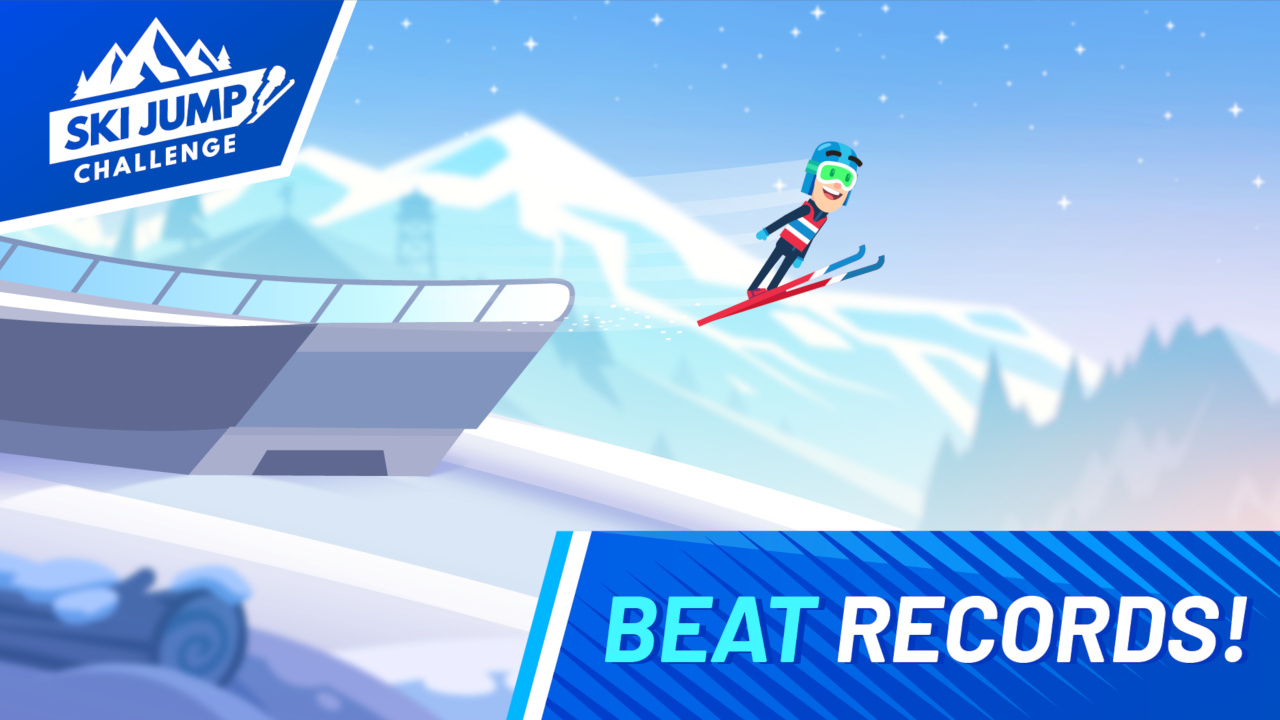 Ultimate Games is here today, too. I wouldn’t call this a terribly original game either, but it’s at least somewhat competent. You can tell from the screenshots that was brought over from mobile, and it’s pretty typical of ski jump games from that platform. Create your jumper, compete on around 90 levels, and grind up cash for extra goodies. Although it touts a multiplayer mode in its eShop description, the data says it’s single-player only. Hm, quite the mystery. I wonder if they copied and pasted all of the data from the App Store without considering the different features between the two? I just checked. That’s what they did. Though it might be the case that it supports pass-and-play multiplayer. Don’t buy it counting on that feature, though. I could be wrong. It’s free on mobile if you want to try it out.

Besides all of the usual games that pop up seemingly every weekend, there were a few less common sights in the latest discounts. Limited Run Games has its line-up on sale, though not as significantly as they typically price them. Lair of the Clockwork God is a fantastic pick-up at its sale price, and action fans will surely enjoy Wallachia: Reign of Dracula. In the outbox, things are a bit less exciting. It’s your last chance to get in on the launch price of Hero-U, and Warlock of Firetop Mountain is always a good pick-up when it drops as low as it has in its latest sale. Have a careful look through, friends. 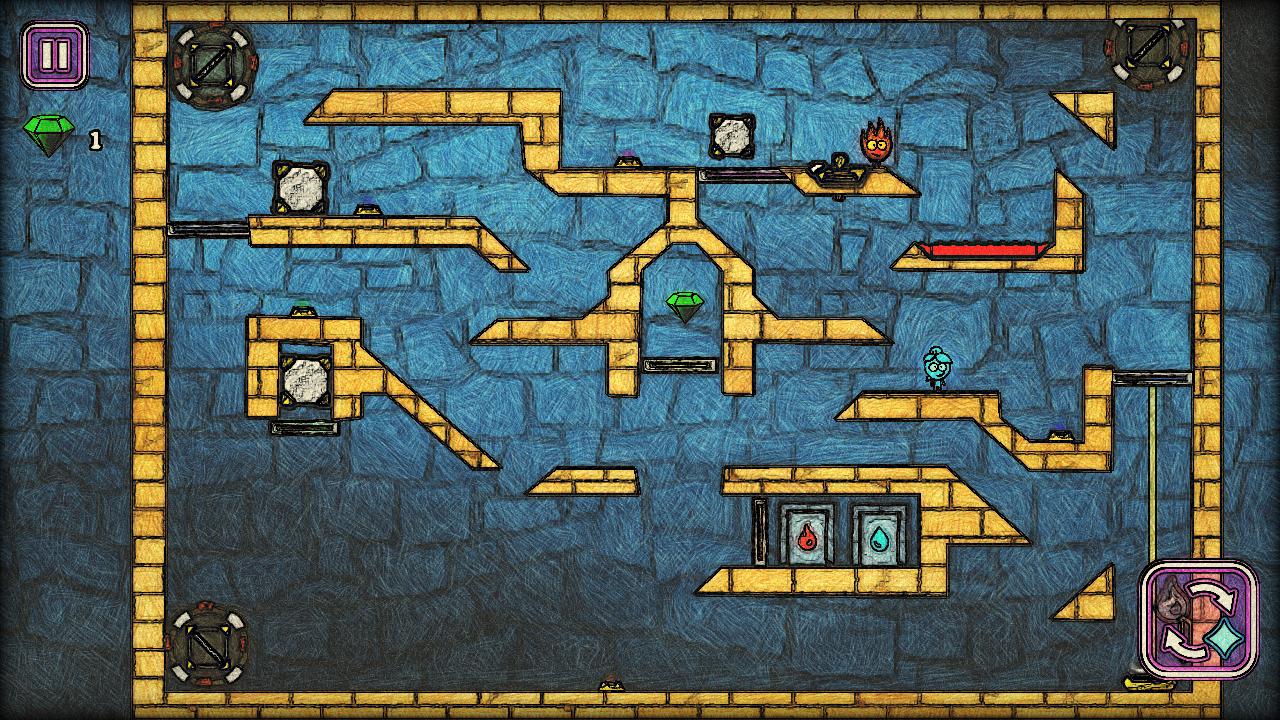 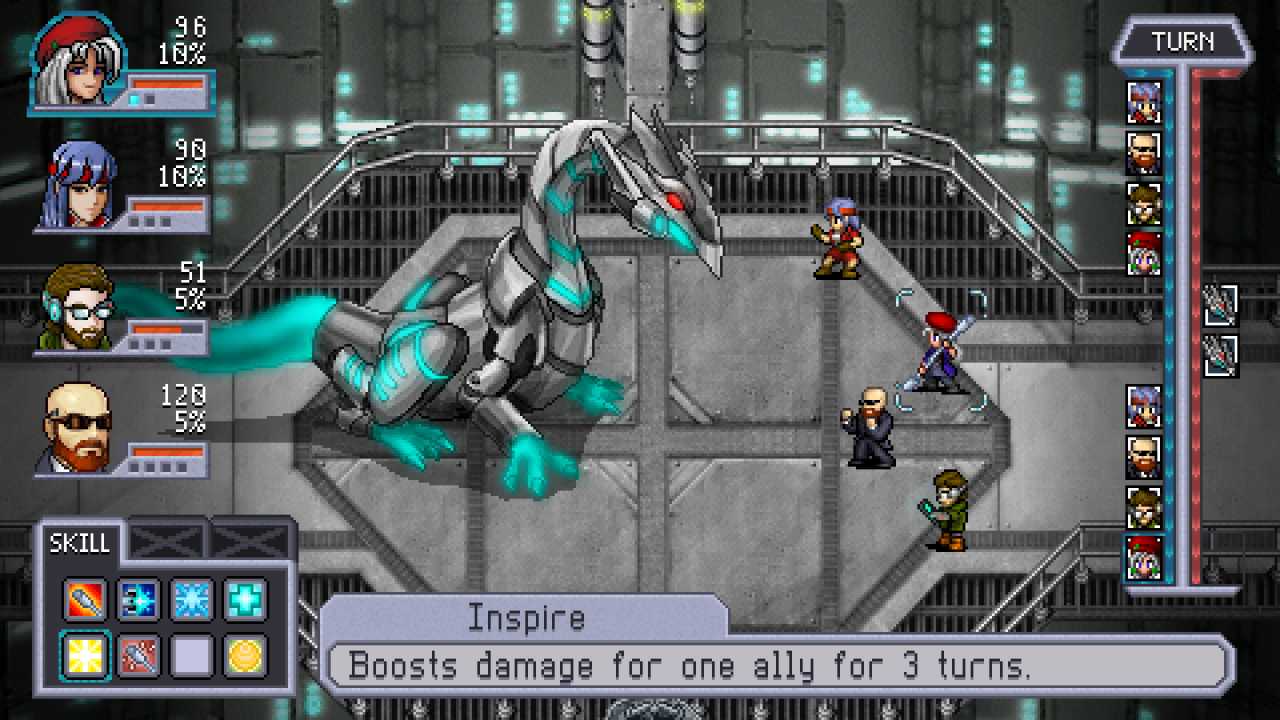 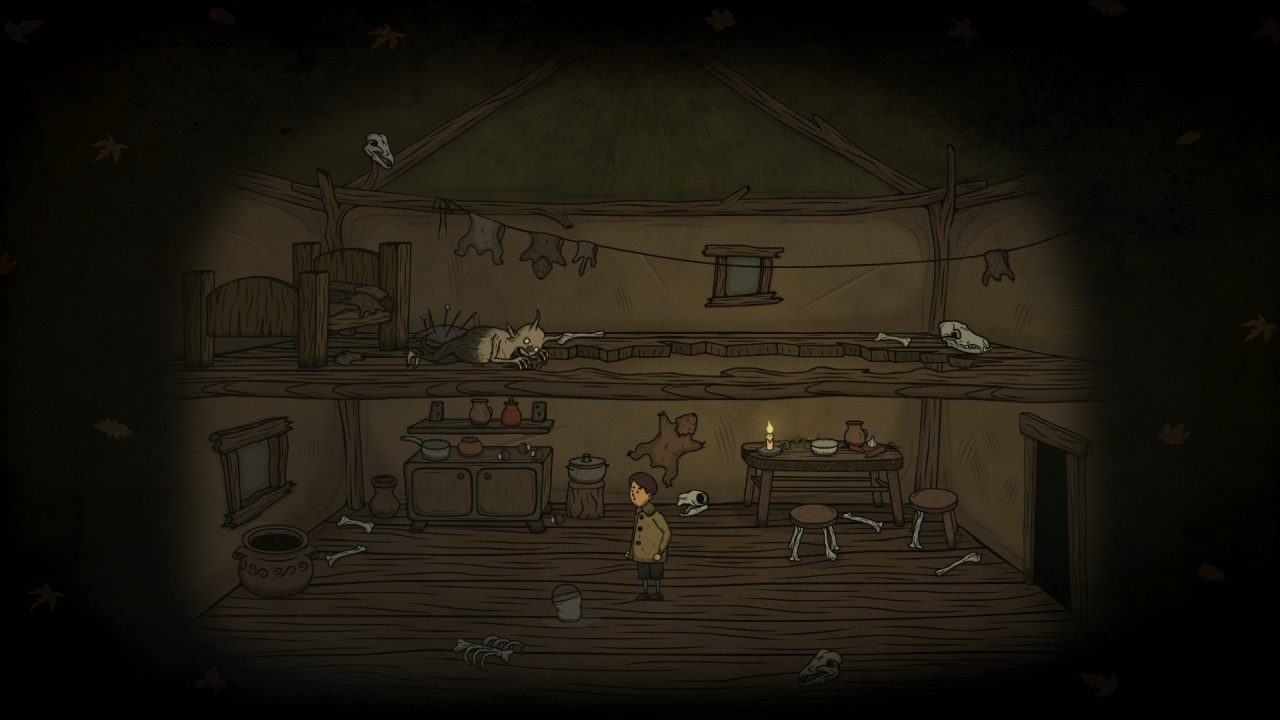 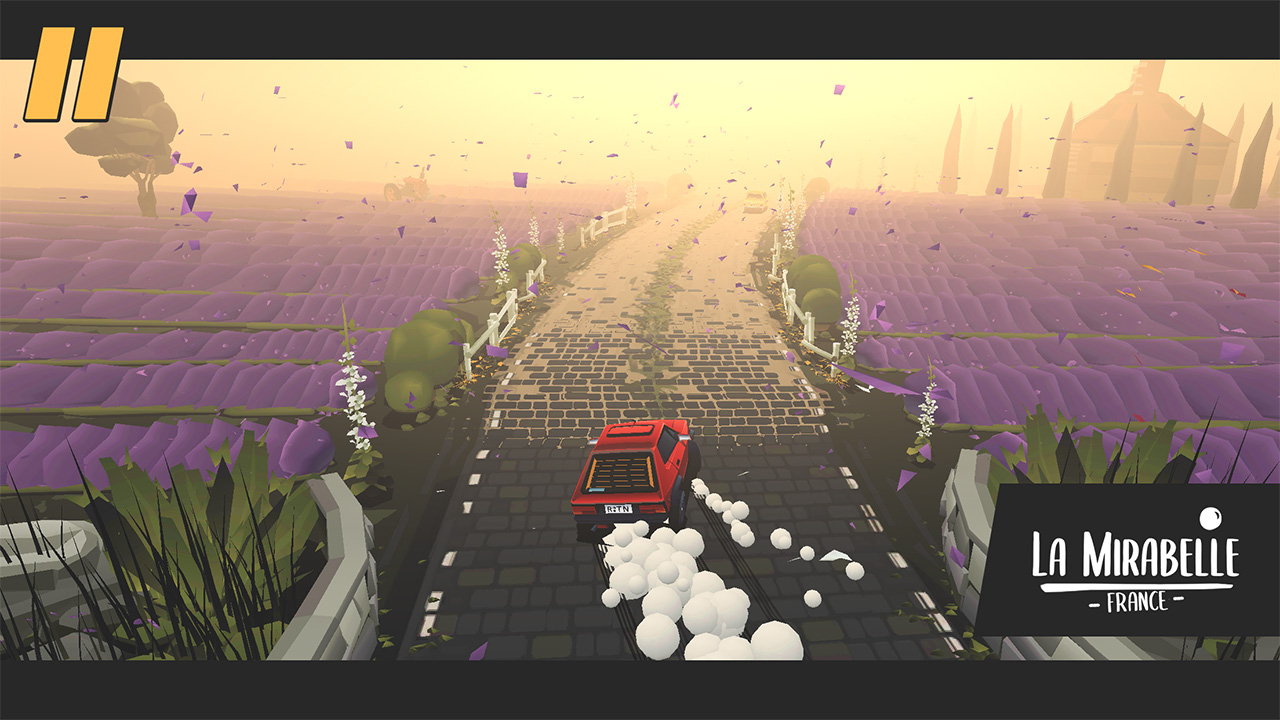 That’s all for today, friends. We’ll be back tomorrow with some new releases, a handful of reviews and/or Mini-Views, and whatever news and sales come along in the meantime. I hope you all have a marvelous Monday, and as always, thanks for reading!