While I’m in no way a high-level player or anything, I’m a massive fan of fighting games and have been ever since Street Fighter II made its way into my life when I was about 10 years old back in 1991. In the decade that followed I became even more obsessed both in arcades and at home, and it would be far easier to name the fighting games I didn’t own rather than the ones I did during that time. Fighting games then hit a lull in the early and mid 2000s as arcades died out, but it feels like the release and subsequent success of Street Fighter 4 back in 2008 kicked off a resurgence in the genre. Nowadays most of the major players in fighting games have received either new entries or modern reboots in recent years, and with game development in general being more accessible there’s also a number of indie fighting games who have made their mark. 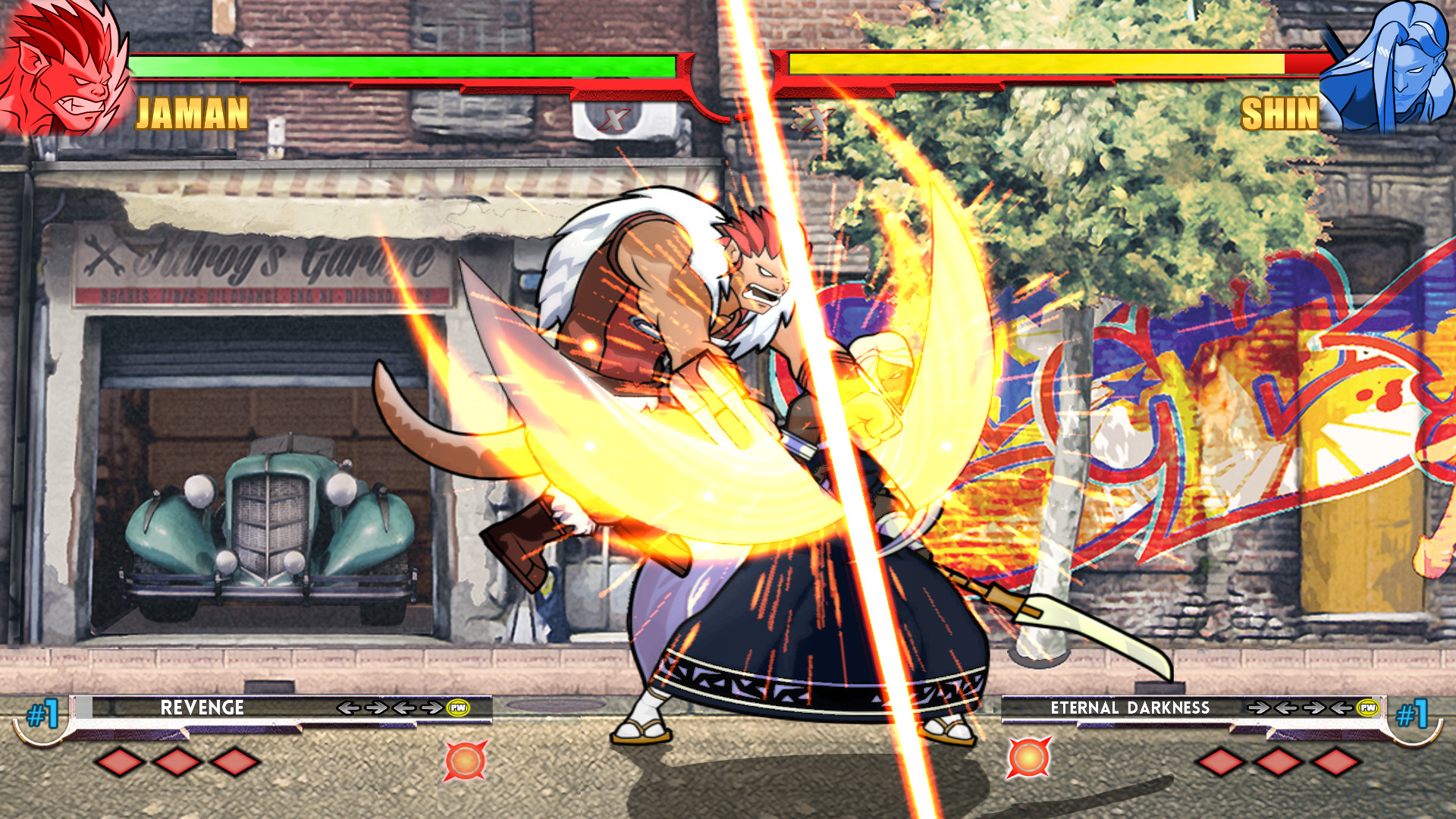 One such plucky indie fighter was called Slashers: The Power Battle from developer Stun Games which released in 2013 and was a spiritual successor to a somewhat obscure fighting game called Dual Blades that released on the Game Boy Advance way back in 2001. Slashers: The Power Battle took inspiration from several classic fighting game franchises and aimed to be both deep in tactics and strategy but approachable for even total fighting game noobs. It was iterated on and earned a dedicated community of players over the years, and even at one point adopted the Dual Blades name from its originator. But the Slashers that we knew is now dead and buried to make way for its reimagined successor which goes by the name of Dual Souls: The Last Bearer, which landed on iOS this week.

Phew, that is a long-winded origin story but I think it’s important to note that Dual Souls isn’t just some new fighting game popping up out of nowhere, rather it has literal years of gameplay iteration and a community behind it and it offers perhaps more in the way of content and features than I’ve ever seen offered in a mobile fighting game before. Heck, it puts plenty of console fighters to shame. 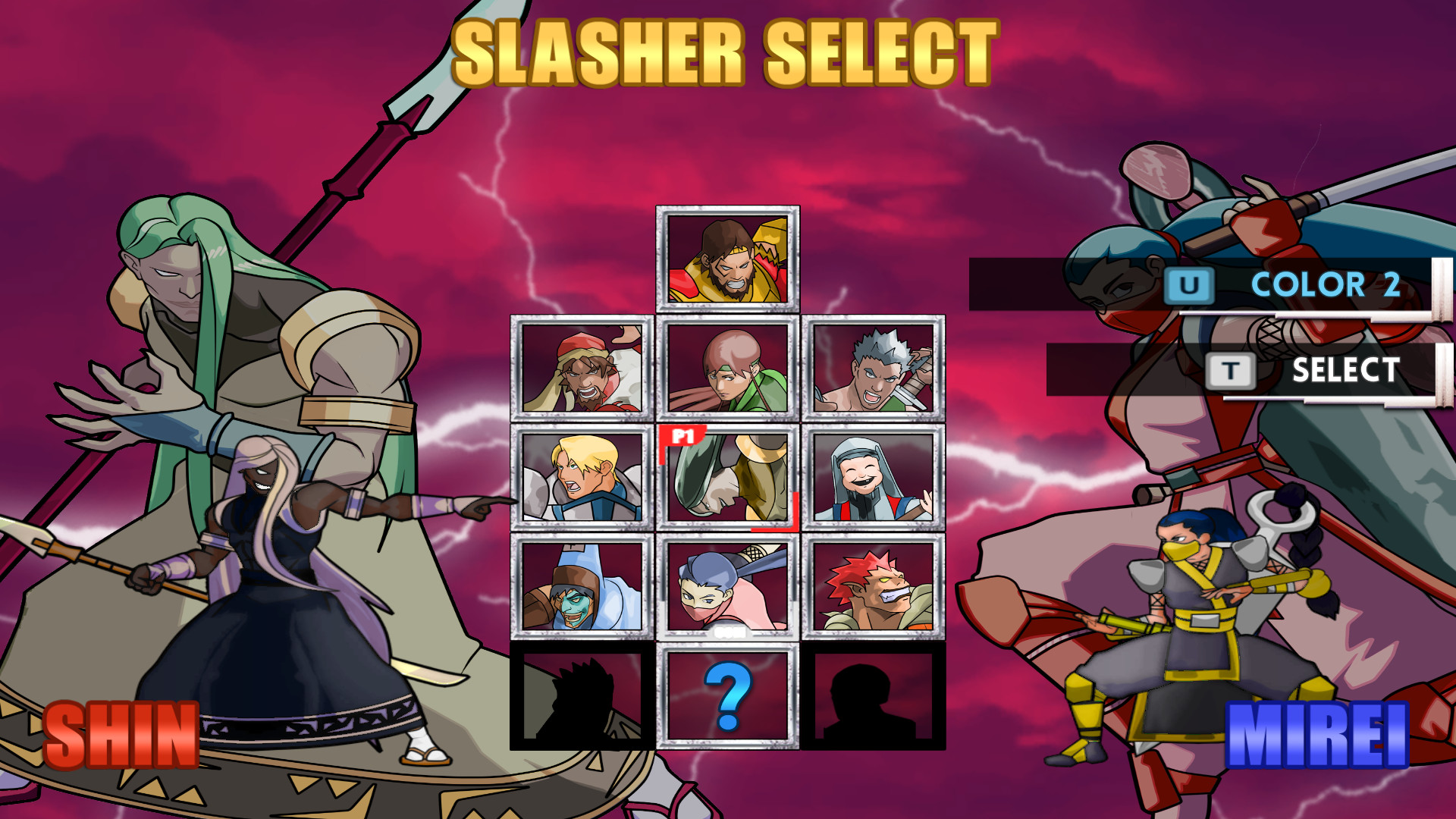 I’m talking 10 playable fighters who each feel incredibly unique from one another, a full Arcade mode with story endings for each character, a Combo mode that tasks you with performing specific combos for each character, a SECOND Combo mode that allows you to record and share your own combos with the world and vice versa, special Missions to complete while playing through any of these game modes, an unlockable Boss Battle mode, one of the most robust and helpful Tutorial modes I’ve ever played, and of course full cross-platform online multiplayer with the ability to play ranked or friendly matches, et up tournaments, hose private matches, and so much more. Oh yeah, and a Journey mode which lets you basically create your own character and play through a huge single-player campaign and earn rewards along the way. I’m pretty sure I’m STILL leaving something out, but suffice to say Dual Souls has an unbelievable amount of content on offer.

This is all before even talking about the actual fighting mechanics. To try and be brief, they are as advertised: Incredibly deep but easy to understand. You can expect elements from games like Street Fighter III, Guilty Gear, The Last Blade, and Samurai Shodown, among others. This is a very tactical game with a lot of options for play styles, and the aforementioned Tutorial mode does an excellent job getting you into the groove. Obviously these are early impressions and I still have plenty to chew on in terms of the gameplay, but color me very impressed so far. 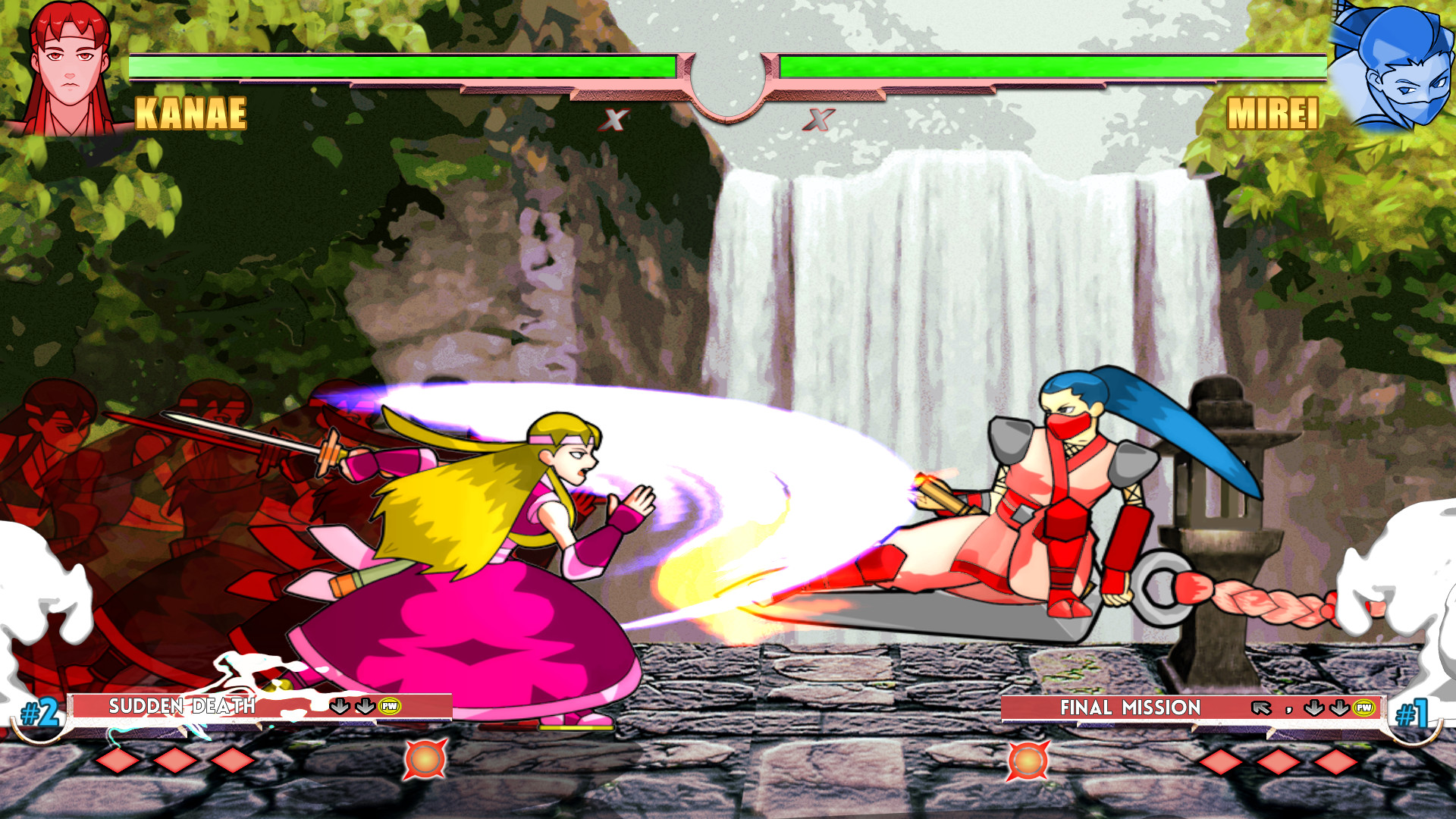 Of course with any touchscreen fighter controls are going to be a concern, and the virtual d-pad and buttons in use here work surprisingly well and shouldn’t be a problem for anyone who has played something like the Street Fighter Champion Edition or any of the old SNK fighting game ports in the past. A quick check with my Xbox One controller shows that the game does technically support physical controllers, but the default button set up is WAY off and I couldn’t figure out how to get things set up right with the button customization options. Something I’m sure will get sorted out but personally I’m just fine with the virtual buttons anyway.

I’m starting to veer out of the “check out this Game of the Week" realm and more into “this is basically a full review" realm so I’ll cut myself short here. Let’s just say that I love fighting games dearly and although I wasn’t expecting much booting up Dual Souls it has sufficiently blown my mind to say the least. It’s also just as easy for me to recommend downloading and checking it out yourself as the game is free to play with ads. There’s a full unlock type deal for $10 which matches the game’s price on Steam, and there’s a few levels of in-game currency packs if you want to fast track your way to unlocking characters. You earn that same currency from doing damn near anything in the game anyway, so it’s entirely optional. Finally there’s a character color editing mode you can unlock for $4.99 if you want a little custom flair and want to throw some additional monies towards the devs.

Damn it. I’m still typing, aren’t I? Whether you’re just a passing fan of fighting games or a hardcore high-level fighting game player, go check out Dual Souls: The Last Bearer for free, if just to see how damn impressive its amount of content is and how pleasantly approachable it is. I’m still really quite shocked at how this game just snuck up on me. If you want to learn more about the game or find some opponents to square off against online, hit up the game’s official Discord channel or check out the thread in our forums.

Ed. Note: The screenshots above are from the Steam version of the game.