Incredible Mandy ($2.99) is an adventure through dreams searching for memories lost, people forgotten, and experiences once treasured. It is a third person platformer with a little bit of combat and a whole lot of environmental puzzles in a semi-open world, sprinkled with collectibles to fill in the story. It, in short, looks really, really interesting.

As a fan of platformers, puzzlers, and games featuring minimalist art in general, my interest was immediately piqued. An interesting story? Great art? Solid level design? Altogether, it’s a recipe for absolute success and I’m all for it. Unfortunately, my enthusiasm was quickly dampened after only a little play, as I quickly found that many things were not as I expected.

Before we talk about what could have been better, though, let’s go over what Incredible Mandy does well: Level design. Right off the bat, levels are built to impress with sweeping vistas of far-off places, puzzles yet to be solved, and puzzles you’ve already solved. The puzzles themselves require engaging with the environment, shifting levers and objects this way and that to clamber over them, across ledges, and over chasms. It’s something that has been done before, but that doesn’t make it any less enjoyable here.

As a rule, puzzle games are pretty relaxing and this is no exception. That said, it can certainly be a little frustrating at times with a few time sensitive segments. Boss fights are a big part of this, although even they don’t really punish players beyond a little lost health for being too slow or taking a little too long to figure ’em out, and even then they’re pretty generous. On the whole, between the piano in the background, the near constant search for both health and story collectibles, and numerous opportunities to sit back and think about the puzzles, the vast majority of Incredible Mandy is a very laidback game.

Speaking of story, the way it is delivered is rather interesting. At the end of each dream, players are given a short (maybe five or six panels, at most) comic, illuminating a day, an event, or perhaps just a feeling or brief exchange between the player character (the brother) and his sister. Additional comics can be found in chests scattered throughout the levels, adding little details that would otherwise be missed. Personally, I like it, although it does irk me that there isn’t really a way to track what you’ve collected in any given area, and whether or not there’s more you haven’t found. It makes sense to keep the hidden objectives hidden, but that doesn’t make searching every last corner for something that may or may not be there any less tedious. 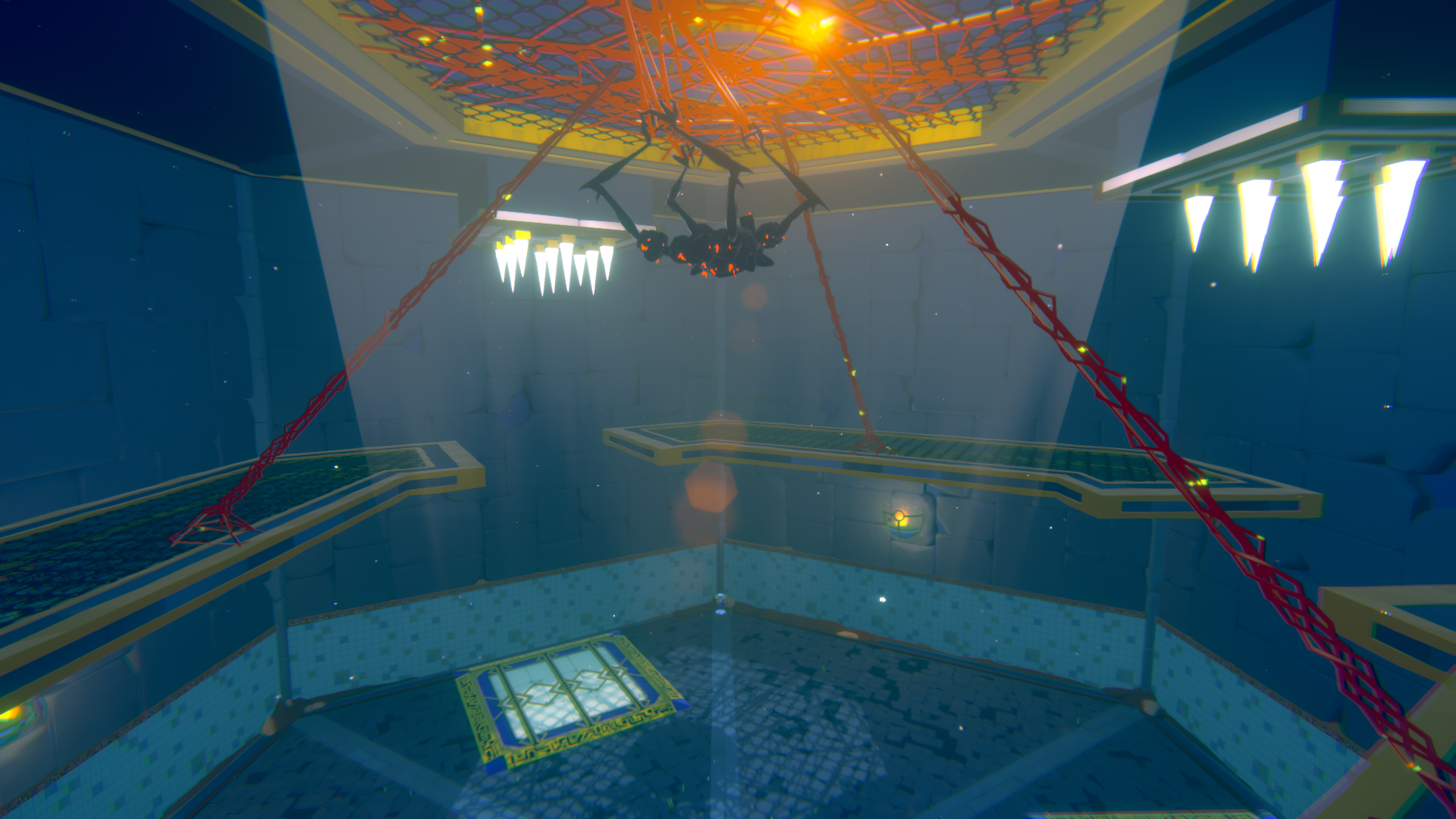 While the basic gameplay is pretty good, that doesn’t mean there aren’t things that could have been done better. Notably, the controls feel a bit sluggish (especially with a controller), combat feels almost like an afterthought, and the visuals are… bare and poorly optimized, to say the least. While none of these things break the experience on their own, they do make it less enjoyable. Put together, it sometimes becomes downright cumbersome to get through parts of the game.

Combat, on the other hand, is a little more questionable. The only time, as far as I can tell, it ever makes an appearance is during the boss fights at the end of each Dream. Moreover, it isn’t especially satisfying combat, instead seeming to be a blend of puzzle mechanics and hack & slash gameplay focused on boss stages. While it sounds interesting, it could be just as interesting (or perhaps even more so) without combat by turning each boss encounter into an actual puzzle that requires manipulating boulders, lava, or other environmental effects to beat. As it stands, though, calling Incredible Mandy an action adventure game is akin to calling Tomb Raider or an Uncharted game a puzzle game: Not entirely wrong, but definitely misleading. 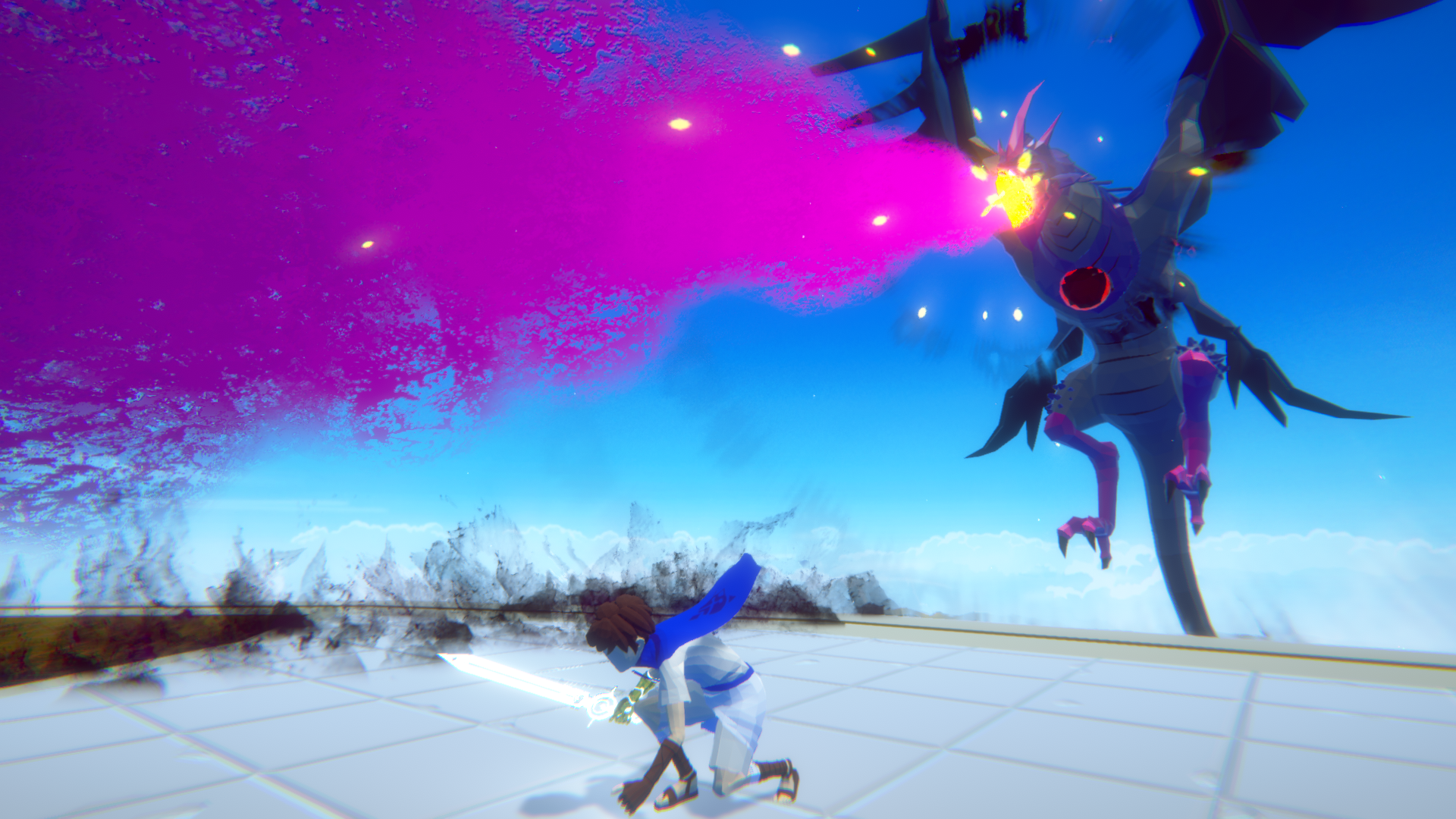 Visually, Incredible Mandy is pretty. I would even go so far as to say that, at times, it is very pretty. That said, it does have one giant, glaring weakness: Detail. There is both too little and too much detail. Throughout most of the game, the environments are bare, lacking the little embellishments that would really stand out and make the game feel complete, the little additions that add character to even the most basic features. Most notably, the player character is missing a face. While I suspect this is was an intentional decision, it stands out pretty starkly in comparison to his well detailed clothes. On the other side of the scale, the game slows to a crawl in some fights with over the top particle effects, or during a few especially particle heavy puzzles. It’s very jarring in an otherwise buttery smooth game, and not something I expect to find on my iPad Pro.

Ultimately, Incredible Mandy is a long ways from being the game I thought it would be. Despite that, and despite the controls, the combat, the overly-taxing particle effects and bare environments, it is a fun game. While the overall experience was not what it could have been, I still enjoyed running around the varied landscapes, solving puzzles, and admiring many an expansive view. While I have a hard time recommending it, if you happen to enjoy adventures, puzzles, and have also exhausted your backlog, it’s worth a shot.