One of the very best releases of 2019 was developer Kyle Barret’s Immortal Rogue ($4.99). In fact it feels like a game that just came out a couple of months ago, but in fact we are coming up on the game’s one-year anniversary just one week from today. I haven’t the slightest idea of where the time goes. Anyway, to celebrate this milestone, Barret will be releasing a whopper of an update on the game’s anniversary next Thursday, and it actually includes a bunch of stuff that he originally intended to include in the game but had to cut due to time and resource constraints. Thankfully Immortal Rogue has done pretty well in the past year and this has allowed him to go back and finally include these features. Here is a rundown of what’s new from the game’s official website. 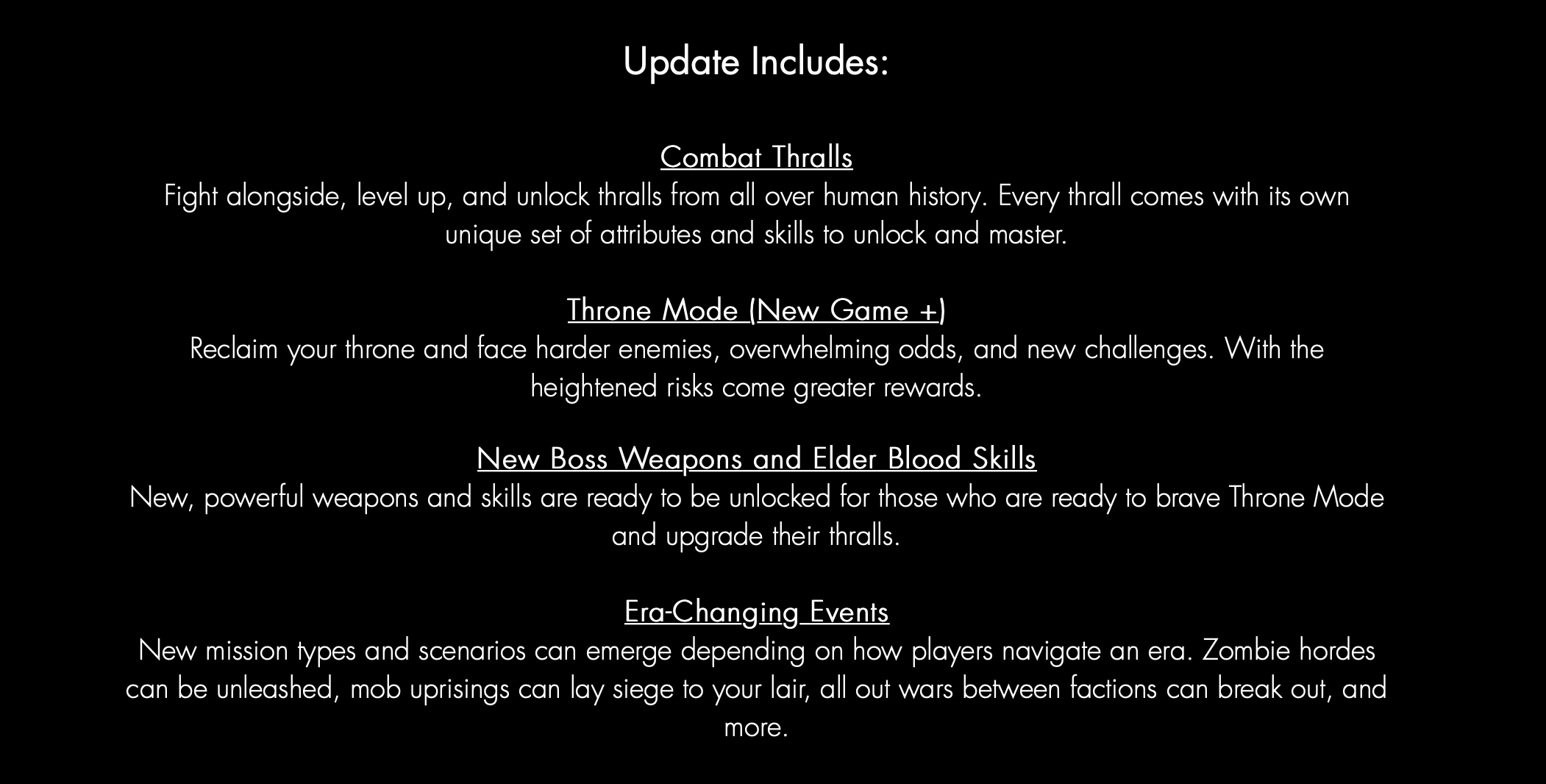 If you’re somehow unfamiliar with Immortal Rogue, it is a hack’n slash style action game where you play as an immortal vampire who wakes up every 100 years to feed. There are two especially unique things about the game. First is that it has an open-ended narrative so that you can shape the outcome of how the world is each time you wake based on who you choose to kill, choose to save, or choose to turn into a vampire. It’s a really neat narrative structure that plays extremely well with the multiple playthrough style of roguelikes. The second unique thing in Immortal Rogue is its gesture-based control scheme. Oh, these controls! They make the game so much fun to play as you gracefully swipe your character around the world, tapping to perform quick light attacks and touching and dragging to slow down time and aim your heavy attacks. It’s a darn near perfect system for an action game on touchscreen.

For a whole heaping helping of more info and thoughts about Immortal Rogue, you can read our original review here or check out the many player impressions and developer’s commentsin the game’s forum thread here. I’m really excited about the new features heading to the game next week to celebrate its first anniversary, especially the New Game+ mode and being able to fight alongside my very own thralls. Immortal Rogue was already an extremely content-rich game, so adding even more cool new stuff is just icing on the cake. Be sure to check it out if you haven’t already, and if you’re an existing fan, keep your eyes out for that little red bubble in the App Store’s updates section next Thursday.