Developer Tinytouchtales has never put out a bad game. It’s a fact. The house that brought us games like Card Crawl and Card Thief has yet to let us down, and you didn’t think they were going to start now, did you? The newest release in the Tinytouchtales library is called Maze Machina (Free), and like previous releases from this developer, it takes a bunch of familiar concepts and blends them together into a highly strategic affair that can be played endlessly but never quite feel like the same thing twice. 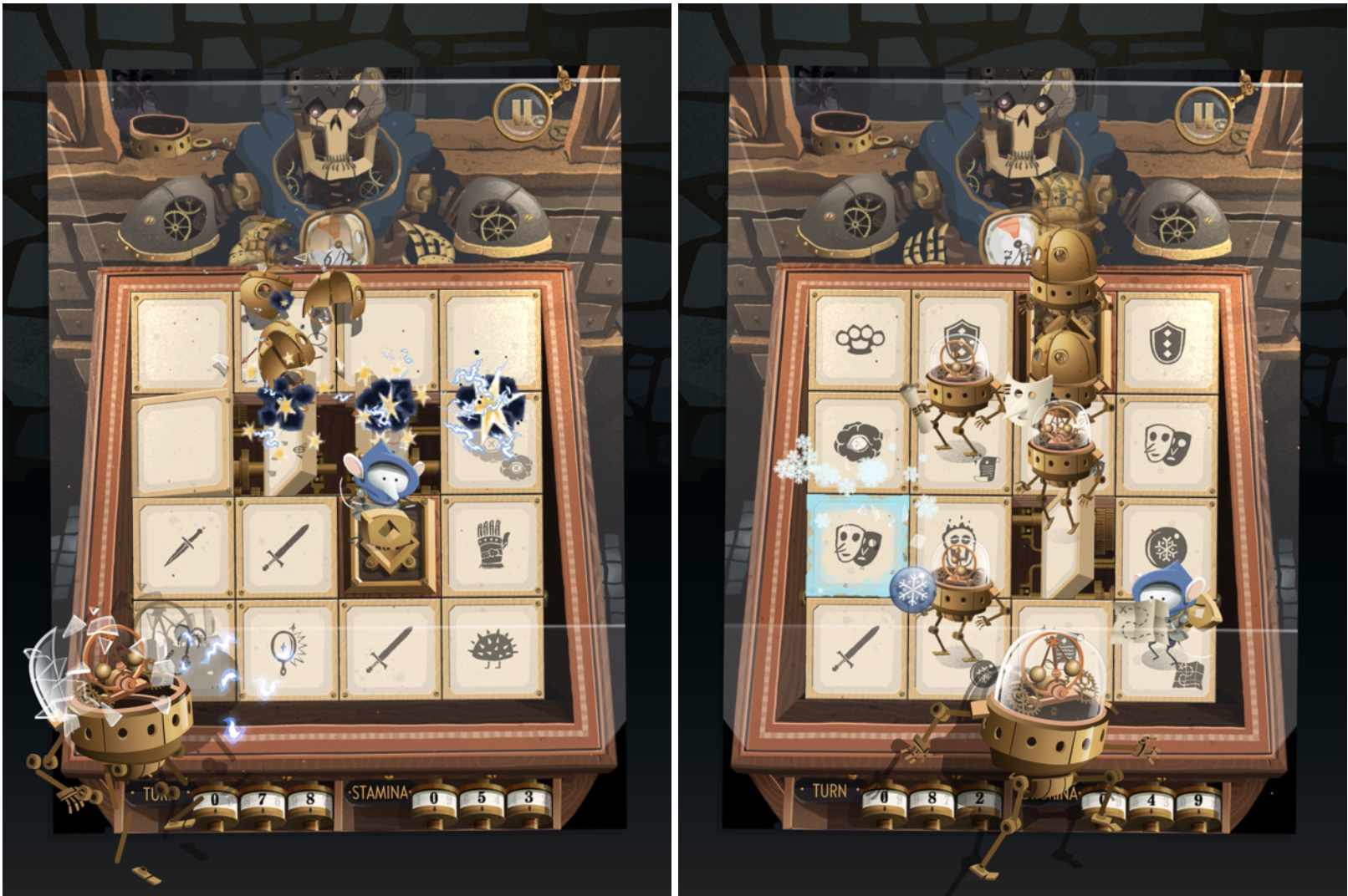 In the case of Maze Machina, you play as a mouse trying to escape an ever-changing game board by using the random assortment of abilities given to you at any one time. It’s a 4×4 board with a key on one square and an exit that requires that key on the other. Enemies will enter the board and when you move, they all move in your same direction simultaneously, similar to moving the tiles in a game of Threes! The rest of the board tiles feature one of 20 different weapons or abilities.

There are more abilities and rules surrounding them than is possible to go into right now, but what I love about Maze Machina is when you first start the game you’ll play board after board where each time a new item or ability is introduced and you’ll then have a chance to use it and learn what it’s all about. This makes for an extended 20 level tutorial before you actually get into the “real" game, but it’s a fabulous way to learn the ins and outs of the game and ease yourself into the many nuances of the tactical gameplay.

One of my favorite things about traditional roguelikes is how they force you to best utilize the random assortment of things you’ll come across and collect during any given run. Tinytouchtales uses this aspect to great effect in all their games, and especially in Maze Machina. There’s pretty much always a way out of any given situation, but it’s all about HOW you arrive at that solution, and it’s almost never an obvious or the most straightforward path that you think it might be. I love how it forces you to be on your toes and often really think outside the box as to how you can solve each level.

That the board is rather tiny and games are typically only a few minutes just makes Maze Machina a perfect game to whip out and chew on for a quick session or for an extended period of time. Its emergent gameplay and near endless possibilities means it’s a game you won’t tire of anytime soon, and likely it’ll make itself a permaent fixture on your mobile device much as other Tinytouchtales titles have on mine.