After several years of success and countless updates adding in all sorts of new features, the folks at Hidden Variable finally achieved the most oft-requested feature for Skullgirls (Free) on mobile when they released the real-time multiplayer version 4.0 update back in October. Finally, mobile players could take on other players online in real-time battles to suss out who was the master of Skullgirls. It’s a glorious feature. However, with this sort of major online functionality it stands to reason that players would also like a way to keep track of their friends and opponents, just like in any online multiplayer game. That’s what today’s version 4.1 update is all about. It introduces a new Social Hub where you can add friends or accept friend requests from others, see the online status of those friends, and even send gifts back and forth to each other. It’s really just the core components of what you’d need for a friends list functionality in a game, but Hidden Variable says that this is just the start of what they have planned in terms of social functionality for Skullgirls on mobile. 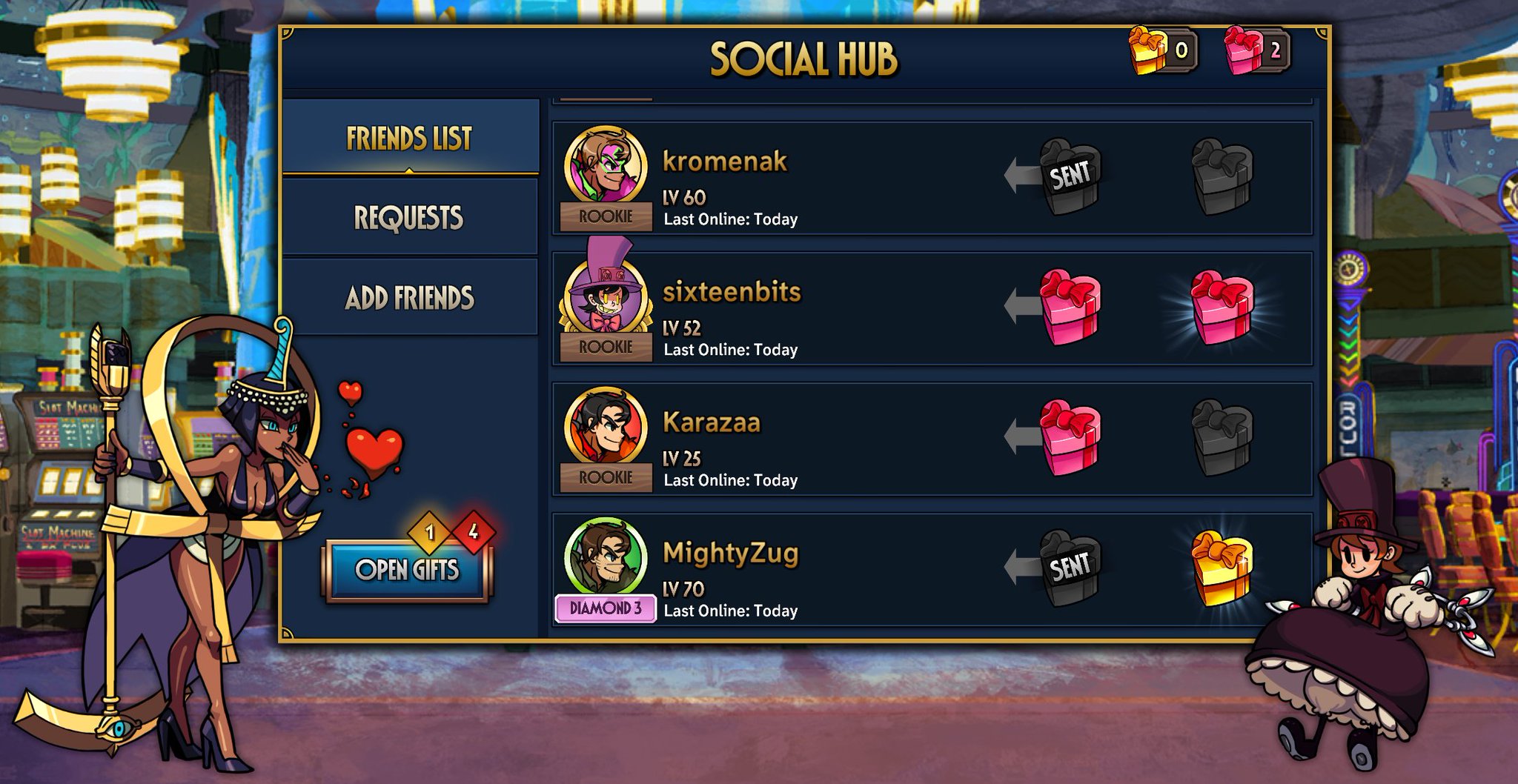 While the Social Hub is the biggest new feature in version 4.1, it’s by no means the only new content in this update. New fighters have been added which includes the Peacock – Mean One variant which is a nod to The Grinch, and the Double – Evergreen Evil variant which “focuses on outlasting the opponent with reflect damage and healing." Then there is the Eliza – Inner Pieces variant which is super rare character you can ONLY obtain through Gold Gifts given through the friend list, and it’s a nod to the character Ajna from Skullgirls creator Lab Zero’s new action platformer Indivisible. Finally, there are new Match Challenges added to the Story Mode which basically enable you to replay previous events for even more rewards, and there are a bunch of holiday events taking place in the game during the next few weeks, as well as many other smaller tweaks and fixes. As always the OFFICIAL: 4.1 Update Notes thread on the Skullgirls Mobile forums is the best place to get all the nitty gritty details on this latest update.