Back in October we first learned about the new project from Koality Games, creators of our favorite mobile boxing game Prizefighters. It was an idea I had never heard before, but also one that just made a ton of sense. The new game is called Hoop League Tactics and it is a turn-based tactical basketball game. Yes, a turn-based basketball game. Basketball is one of the more fast-paced sports out there, so right off the bat it seems like an odd choice for a turn-based game, but once Koality broke down the mechanics this style of game actually suits the sport perfectly, surprisingly enough. Basically your job is to arrange your players around the court like Chess pieces and put them in positions that will give them the highest percentage of making shots. The shot clock acts as your stamina and every move ticks a second off that clock. The player with the ball can choose to move, pass to a teammate, or take a shot. Every player has a variety of different attributes that will contribute to their offensive and defensive capabilities. 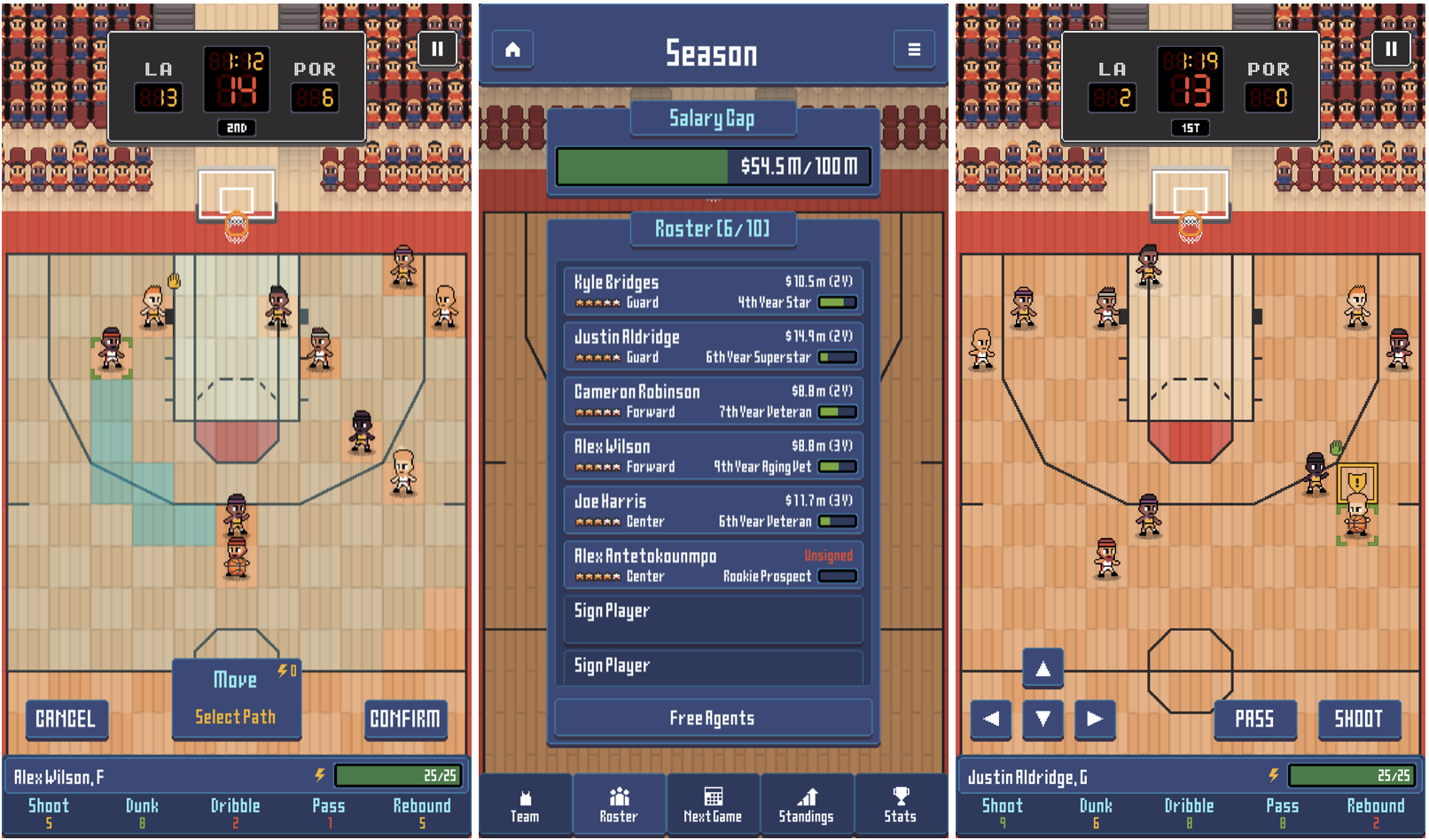 It’s such a cool idea, and Koality was hoping to release Hoop League Tactics at some point in December. Well… it’s December, isn’t it? Yes it is! And this week they’ve announced that the game will be launching on December 19th and it is currently available for pre-order on the iOS App Store and the Google Play Store for Android as I write this. Koality has spent the last couple months really fleshing out the Season Mode of the game, and it sounds like there will be a ton of depth in that mode. Drafting players, signing free agents, minding the salary cap, managing things like player fatigue and stamina. It’s more or less a full blown basketball simulation game built around the turn-based gameplay. Prizefighters was similar in that it looked like a more casual or arcadey game on the surface with its cartoony graphics and stripped down mechanics, but in reality it’s probably the most robust boxing simulation game around.

I’m not a huge turn-based strategy fan but the entire premise of Hoop League Tactics, as well as the developer’s previous work on Prizefighters, has me really excited to get my hands on this one when it launches in a couple of weeks. Before that time though Koality still hopes to get another beta version or two out to testers so they can put the Season mode through its final paces, and if you’re interested in beta testing this one yourself you can register your interest in the thread in our forums. Otherwise look for Hoop League Tactics when it launches on iOS and Android on December 19th.