Boy this game development thing sure is fickle, huh? A couple of months back, two-person studio Stay Inside Games released a weird and wonderful turn-based roguelike called Bounty Hunter Space Lizard (Free) onto mobile. It offered an absurd premise, wacky characters, and extremely solid tactical dungeon crawling. We enjoyed it so much we chose it as our Game of the Week when it released, and players in our community also took quite a shining to the game. Overall it seemed like a hugely successful launch for the tiny team who had spent several years on the project, and Bounty Hunter Space Lizard’s seemed to be the latest example of the indie dream coming true.

Except that this is mobile. We play by a different set of rules around these parts. Hell, there aren’t even any rules now that I think about it. The truth is that Bounty Hunter Space Lizard did have a pretty great launch as far as these things go, amassing several thousand downloads in the first few weeks. It also made about $200 in those first weeks, which is… not bad nowadays? Then for the entire month of November it raked in all of $6. And well, that kind of leads us into this week when Stay Inside Games decided to heck with it all and permanently removed all the monetization from Bounty Hunter Space Lizard and simply made it totally free for anyone and everyone to enjoy. 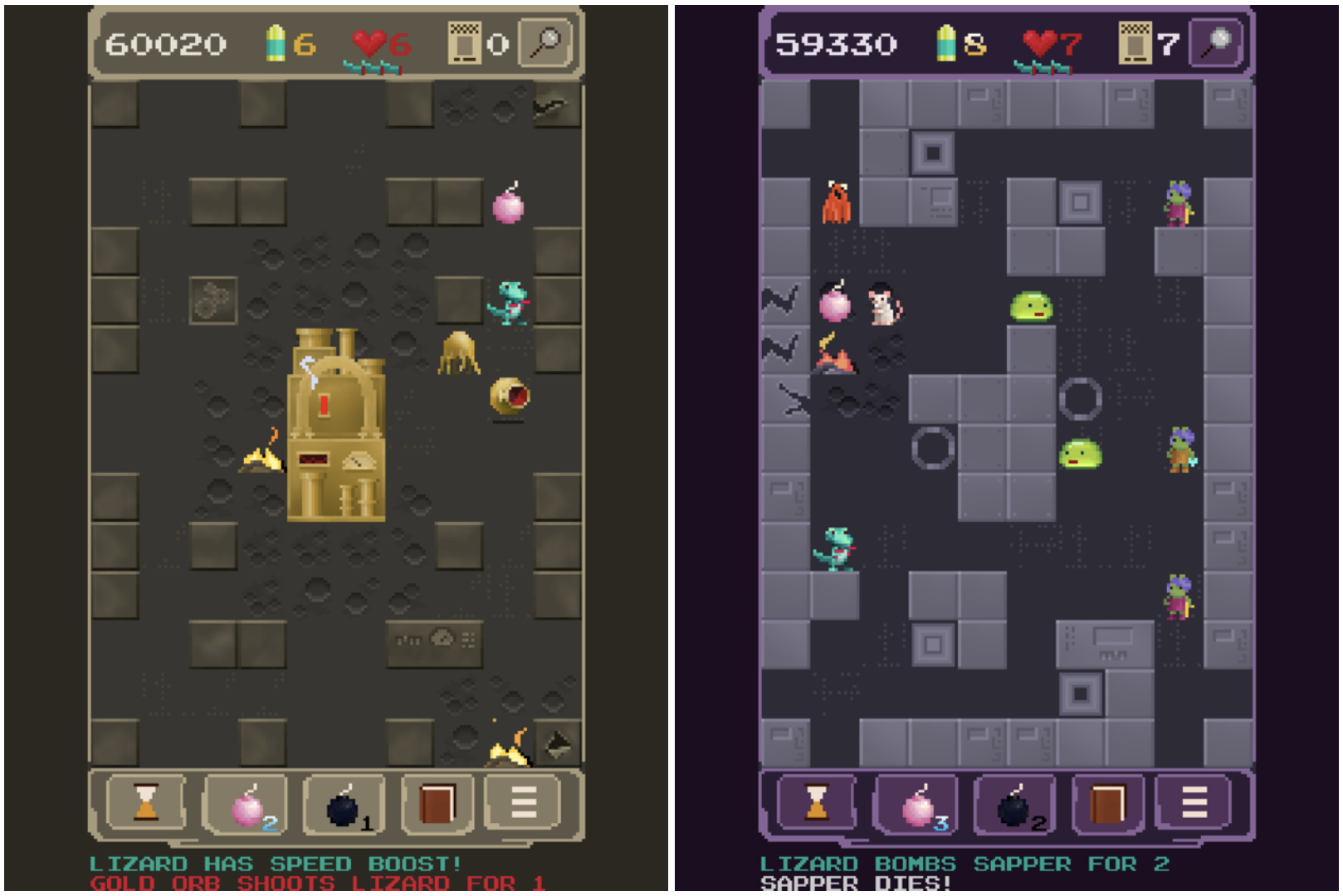 So what happened? Well, a lot of things actually, as Stay Inside spells out in their blog post explaining the demonetization. First and foremost, Bounty Hunter Space Lizard was a passion project for the two, and as such they focused entirely on creating their weird vision first and foremost and, when it was finally done several years later, THEN tried to figure out how to make money from it. Paid games seemed like a no go and fully free to play seemed gross and like too much work to constantly maintain. They settled on the free with ads and a one-time IAP to remove them, which certainly does seem to be the most fair way to do things.

The problem is that ads are also pretty icky, and when you inject them into your art you are willfully sullying up the experience you set out to create. That’s not a great feeling, but being able to pay for the overhead of game development (like Apple’s developer fees, website hosting, and the like) is also a pretty appealing thing. Not actively losing money to share your art with the world is the baseline goal here. However, the payoff just wasn’t enough and the team wasn’t super thrilled about compromising their vision in the first place, and so just making the game completely free felt like the right thing to do at this point.

It sucks. Bounty Hunter Space Lizard is a really good game with a ton of personality, and you can absolutely feel the passion of the developers when you play it. But we live in a world where the vast VAST majority of games are free, and even the ones that aren’t have near-constant fire sales on their respective platforms. We all pretty much have more great video games already in our libraries than any of us will be able to play in our entire lifetimes, so even if everything goes right for a new game’s launch it’s more than an uphill climb, it’s practically scaling an over-vertical wall with nothing but your bare hands.

The bright side here is that now anyone and everyone can check out the full, uncompromised (and totally weird) vision of Bounty Hunter Space Lizard just as the developers intended without risking any money at all. At the very least these artists can share their art with the world. And maybe next time around they can use the lessons learned here to figure out that whole “making money" thing for their next game. So if you didn’t check out Bounty Hunter Space Lizard back in October, there’s literally no reason for you not to do so right now, and if you appreciate this spectacularly strange freebie you can drop a thank you to the developers in our forums.