I’m a fan of pretty much everything 10tons has put out over the years, but I’d say they’re most well-known for their library of excellent top-down shooters. That said, I was excited to see that they were bringing one of their non-shooter games from desktop and console over to mobile with the release of Undead Horde ($5.99) this week. The premise of Undead Horde is that you’re a necromancer who inadvertently gets freed from captivity by a careless chicken, and once free goes on a rampage to make the living pay for being so… alive, I guess. 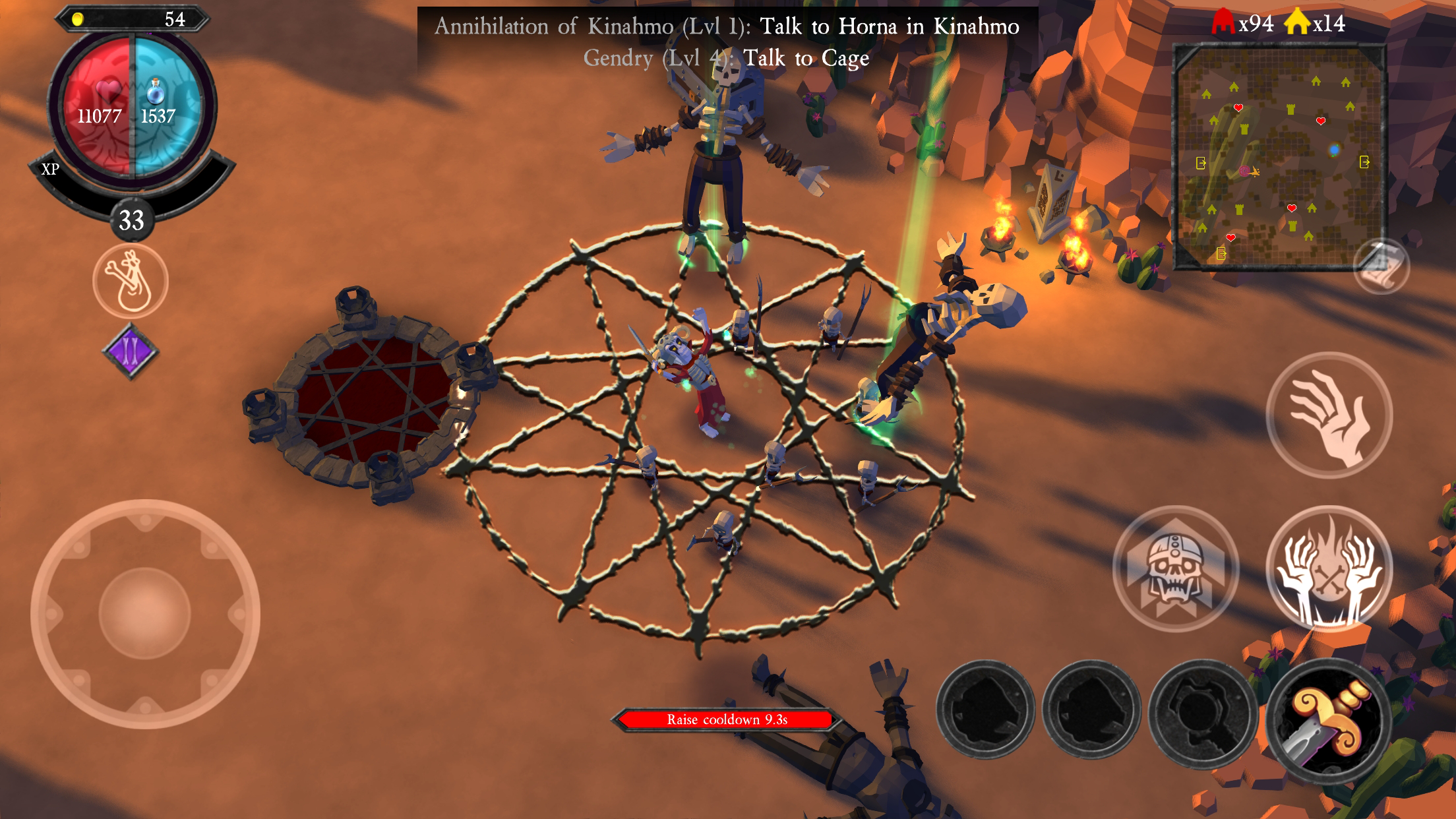 The main gimmick here is that you’re able to raise the dead and have them fight alongside you, somewhat similar to sending troops around in an RTS. I’m not typically a fan of this style of game, but what I enjoy about Undead Horde is that it’s really an action RPG first and foremost with the horde-management stuff only lightly woven in, and for my tastes it’s the perfect balance of the two gameplay styles. You can use a couple of commands to direct your horde around, but you can’t just kick back and let them handle all your business for you. You’ll need to get your own hands dirty and help with the attacks with your necromancer if you want to be successful. The horde control isn’t finicky like in similar games and instead just acts as a complement to the action.

Your necromancer can also recover a ton of different weapons and items to equip and use, as well as level up and increase a selection of stats. It’s all rather light in terms of the RPG mechanics, but it’s just enough to make the hacking and slashing action feel more substantial. Another neat upgrade path is the ability to unlock a couple of dozen different types of minions to add to your horde, which you can access whenever you visit the central hub location that also leads you to the different levels in the game. Once you’re out in the battlefield though, you can also raise the dead foes that are left in your wake to add them to your horde, and it’s really satisfying bringing back a bunch of dead soldiers that you just kicked the snot out of only to have them then start fighting on your side.

As is the case with many of the games from 10tons, Undead Horde blends together several gameplay styles into one really cohesive package, and fills it out with all sorts of fun missions and upgrade paths to keep you playing for a long time. It’s refreshing to have a hack ‘n slash game that takes actual strategy instead of mindless button mashing, and I love all the dark themes and graphics in Undead Horde. It’s fun to be the bad guy! All in a pay-once premium package that’s currently on sale for its launch, so if anything I’ve said thus far sounds interesting to you then don’t hesitate to give Undead Horde a shot.