Hello gentle readers, and welcome to the SwitchArcade Round-Up for October 22nd, 2019. There are a lot of new releases today, which I suppose is the normal situation on Tuesdays of late. We’ve got news on Rush Rally 3, the upcoming Tetris 99 event, and of course plenty of sales information to comb through. With plenty of great new games and some very enticing sales, the threat to our wallets is very real. Let’s see how well we can hold out!

The Outstanding ‘Rush Rally 3’ is Coming to Switch 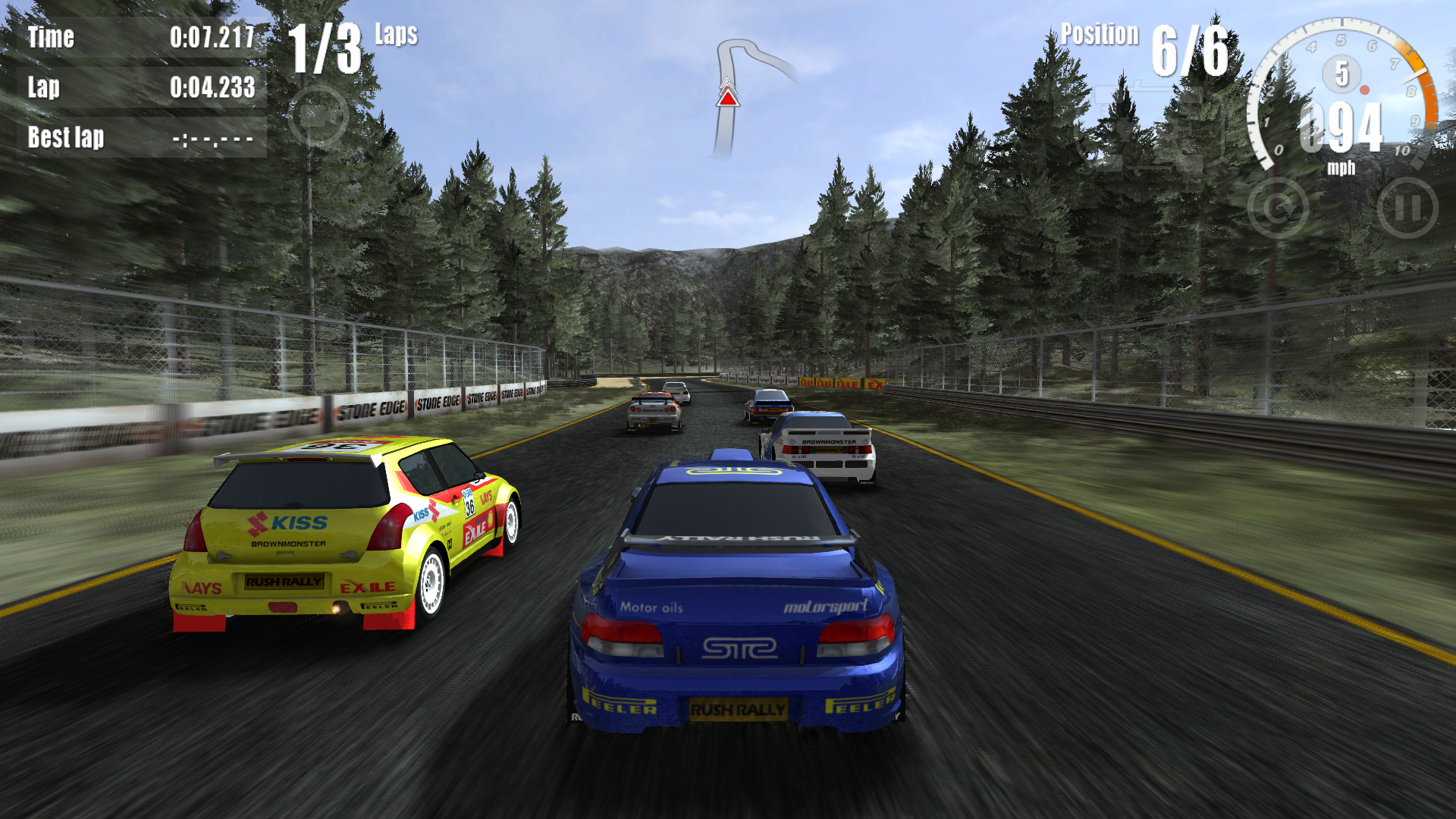 (Screenshot taken from the mobile version)

Brownmonster’s Rush Rally series of racing games have been some of the highlights of the mobile racing scene in the last half-decade. I was absolutely thrilled to hear that the developer is bringing its latest game, Rush Rally 3, to the Switch. December is the targeted launch month, though it could get pushed into January if it needs the extra time to get ready. You can expect all of the modes from the mobile version including immediate access to the Live Events system, and there will be a variety of graphical options so you can choose between saving your battery or making everything look and run its best. I have total faith in this developer, so I’m super-excited for this one to release. We’ll bring you more on the game once the launch details are nailed down. 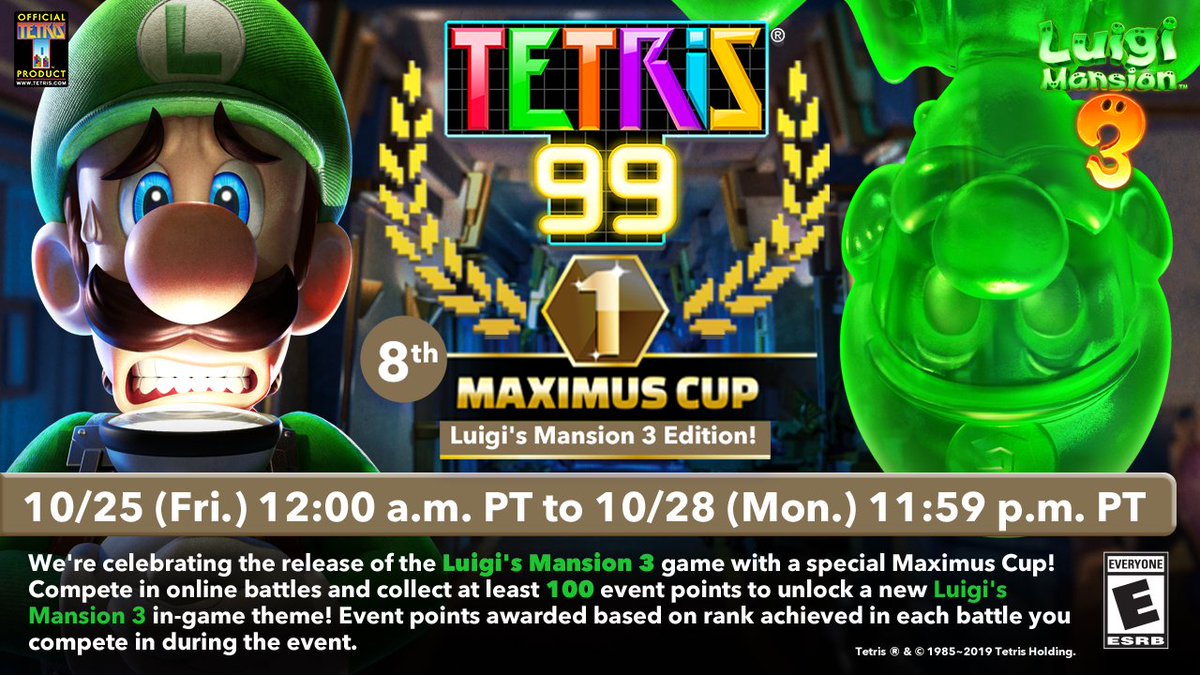 I sense a theme with these Tetris 99 events. Just as we saw before with the releases of Fire Emblem: Three Houses and Kirby: That Free-To-Play One Whose Subtitle I Forgot, Tetris 99 is celebrating the launch of Luigi’s Mansion 3 with a new Maximus Cup event. It’s kicking off on Friday and will run through the weekend, as usual. Also as usual, if you score 100 points by participating in the event, you’ll permanently unlock a spooky Luigi’s Mansion 3 theme that you can use in February to feel like a rebel or whatever. Well, I’m always game for more themes, even if I’ll probably never use them. Game Boy theme for life! 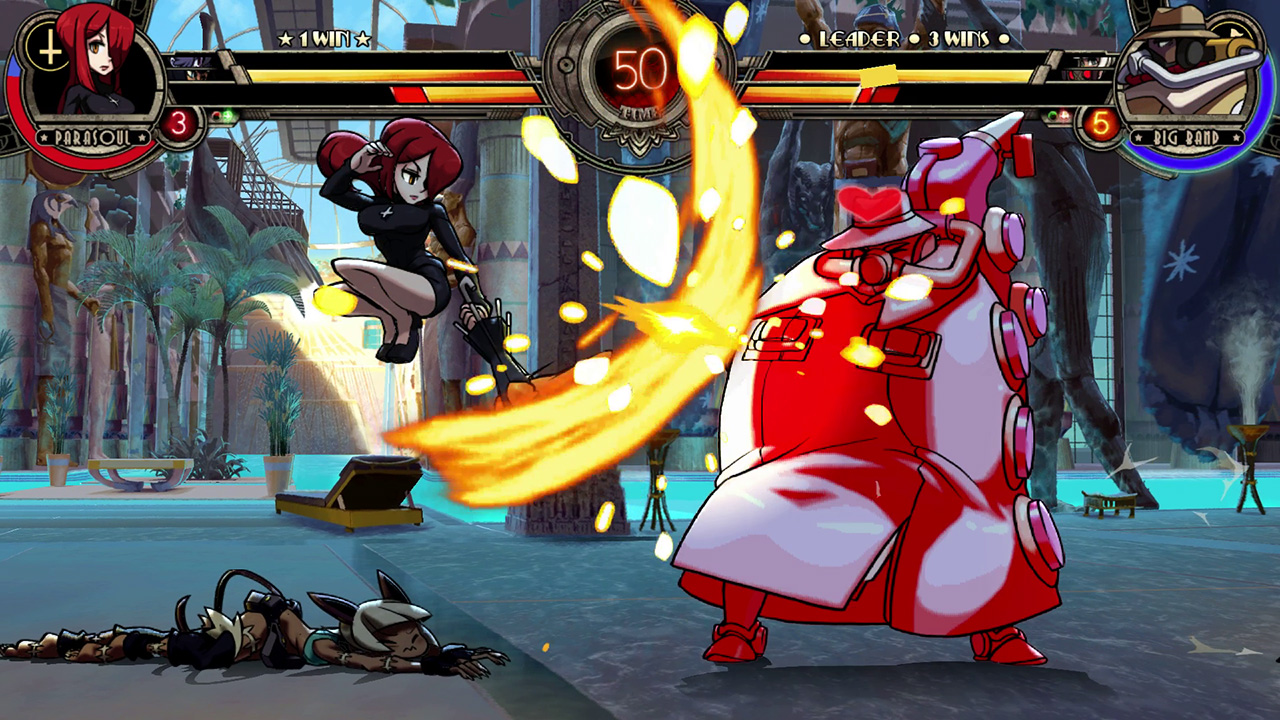 This game probably doesn’t need a whole lot of introductions, but just in case, here we go: Skullgirls 2nd Encore is a Switch version of the well-liked 2D fighting game featuring a cast of 14 amazingly-animated brawlers. It features a really good story mode with full voice acting, a soundtrack from Symphony of the Night composer Michiru Yamane, and multiplayer support both locally and online. If you enjoyed Capcom’s Vs games, you’ll probably appreciate the fast pace and over-the-top action of Skullgirls. This is a good version of the game, but as is always the case with Switch games, it’s hard to say if the online community will be there. Make sure you have a friend or three to play with before you jump in. 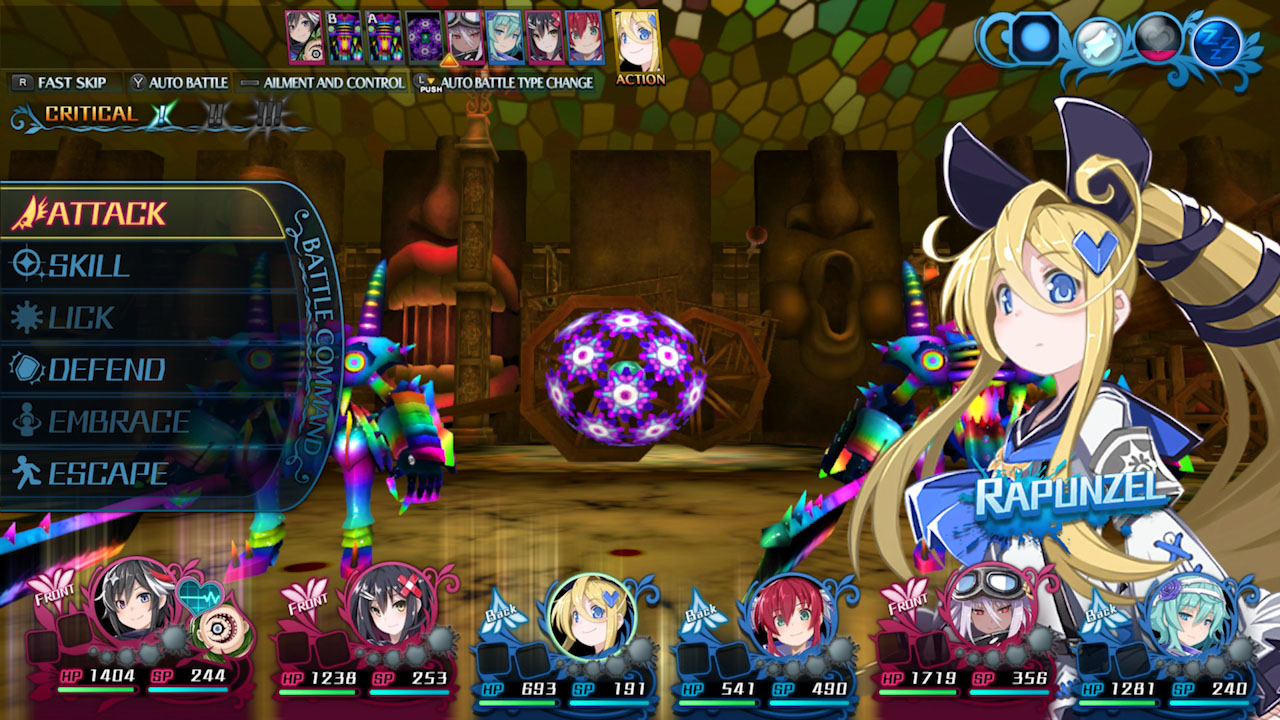 Sadly, Atlus has been almost entirely absent from the Switch, which is a big change from its considerable support for the Nintendo DS and 3DS handhelds. One of the biggest ways that absence can be felt is in the general lack of quality first-person dungeon crawler JRPGs on the system. Well, we finally have what I would consider the first really high-quality entry in the genre on the Switch in the form of Mary Skelter 2. It’s got a tinge of horror to it, but mechanically it’s a familiar pair of shoes for fans of games like Etrian Odyssey. It has a few gimmicks to call its own, of course. And don’t worry if you haven’t played the original game, because Mary Skelter 2 actually includes Mary Skelter: Nightmares. Yes, it’s two games for the price of… less than one! 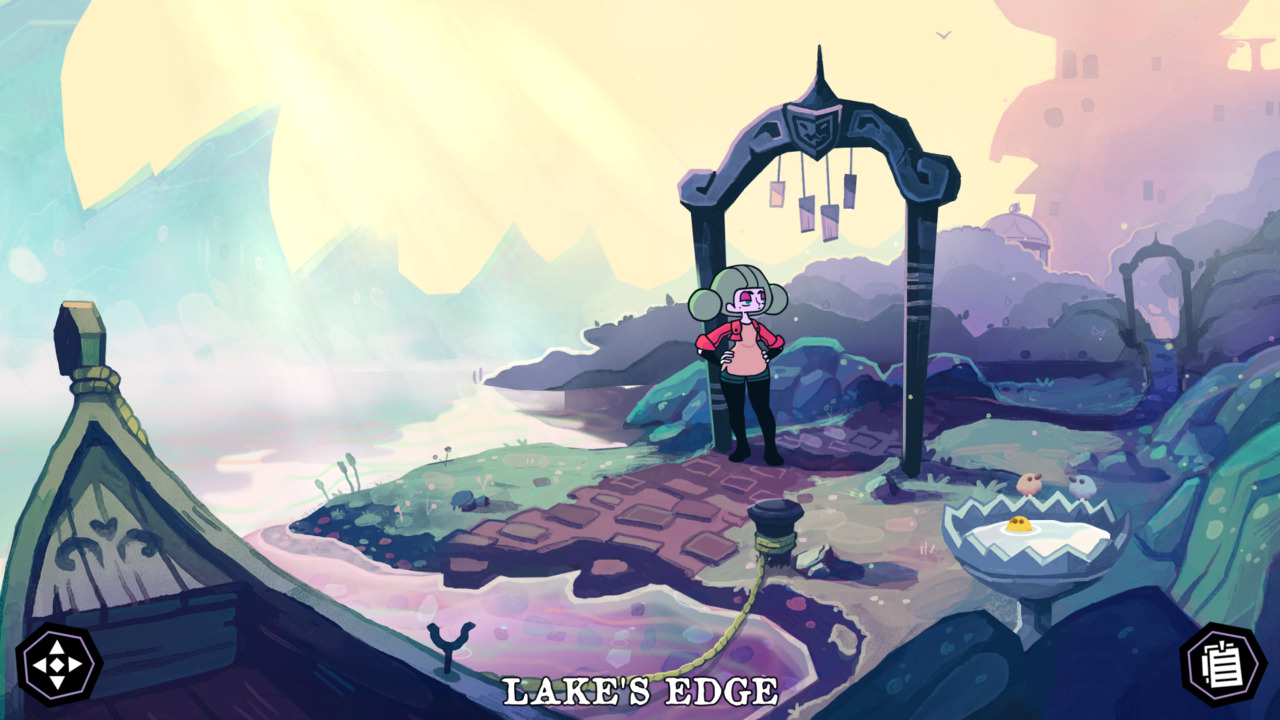 I never really expected to see another Detective Grimoire game, so when this showed up at the launch of Apple Arcade, I was pretty happy. And hey, here it is on Switch where you can buy it and own it for one simple payment of twenty bucks. It’s a pretty solid adventure game in the point-and-click tradition with a very unique art style and an whole lot of dialog. The plot is interesting, the puzzles are improved from the previous game, and it’s a very likable game all-around. If you have a mobile device that can play it, I’d probably recommend just playing it on Apple Arcade as it’s well-suited to touch controls, but if you can’t get on-board with subscription models, here’s a good alternative. 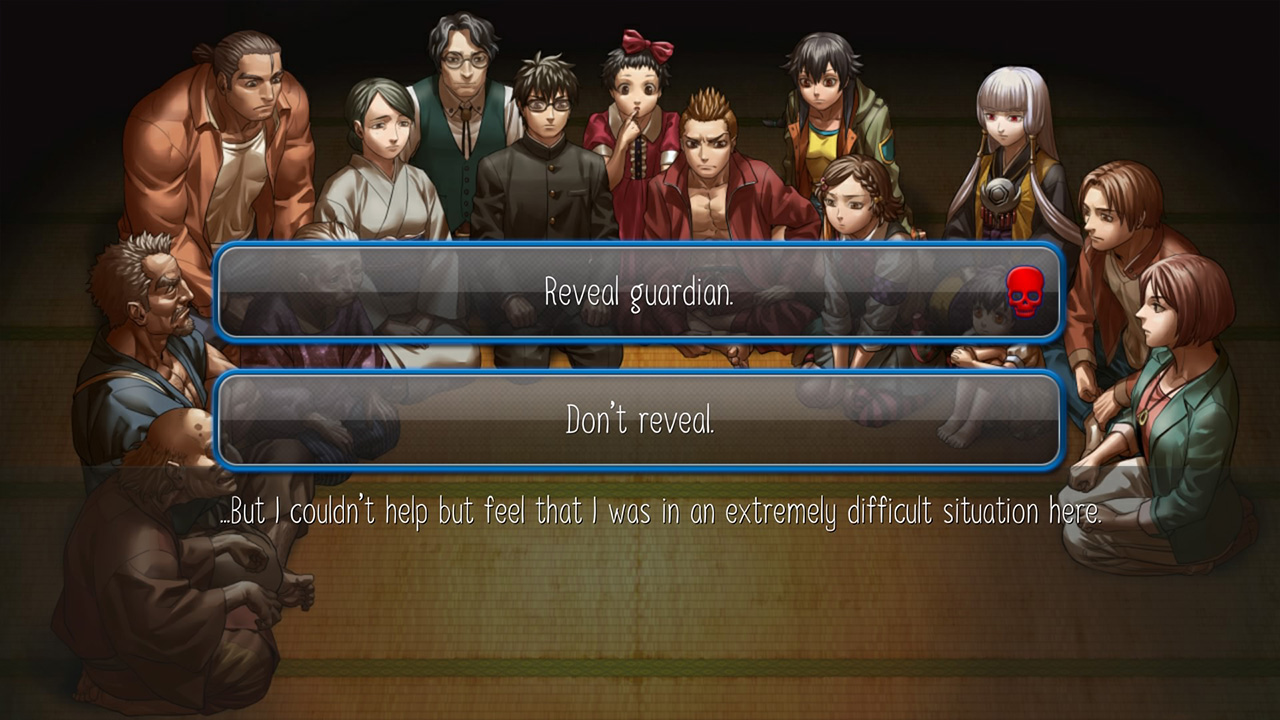 What a bizarre turn of events. Regular TouchArcade readers know Kemco pretty well. They may also know that Kemco rarely makes its own games, but rather publishes games made by other teams like Hit-Point or EXE Create. Said games are usually of middling quality but are priced low enough that people tend to pick them up anyway. Well, Raging Loop was internally developed at Kemco, but is not published by them. PQube is publishing this one. It’s also a remarkably good visual novel, and its price is about normal for the market. Nothing makes sense here! But if you like visual novels and are interested in one with a werewolf and a Butterfly Effect-style hook to it, you’ll want to check out Raging Loop. 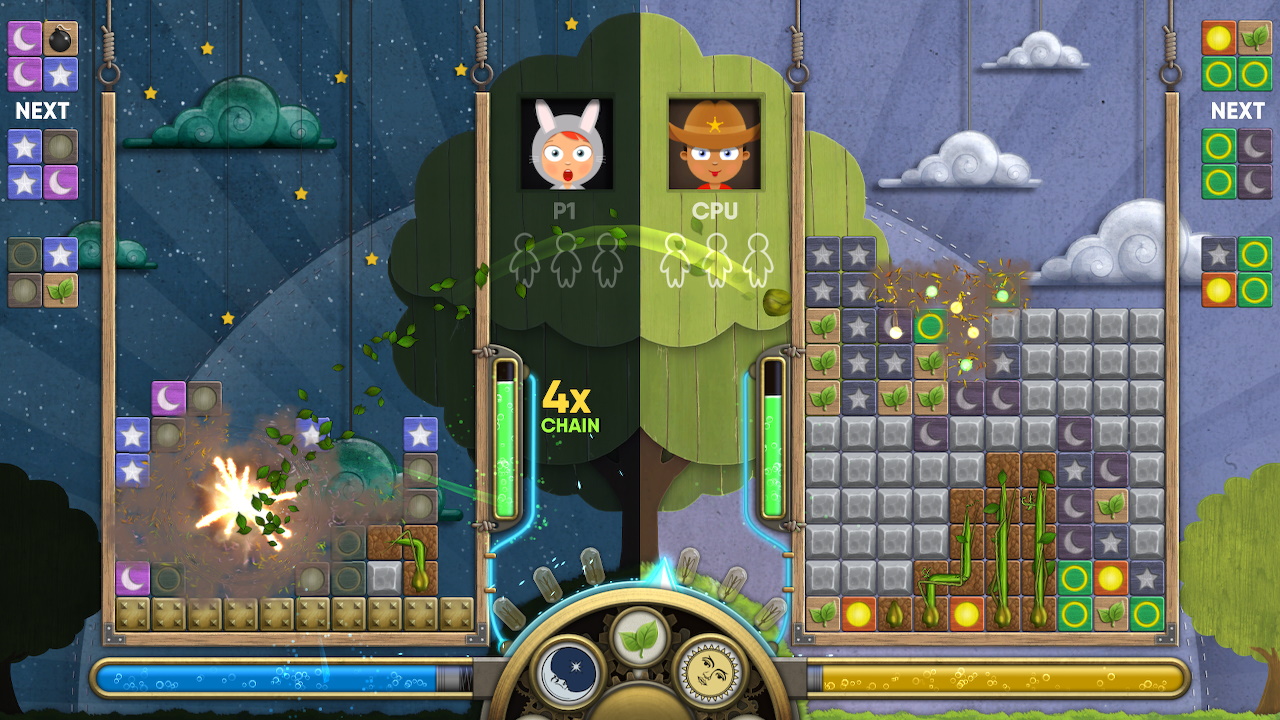 Well, I suppose this has a neat gimmick to it. This is a falling-block puzzle game very much in the Tetris tradition. The twist is that there are two different block types corresponding to daytime and nighttime, and you can only play with the blocks that match whatever time it is on your playfield. The others will sit there being a general nuisance until you can fill a meter to flip the field, changing the time of day and which blocks are active. You can use this mechanic to mess with your opponent, too. There are a number of different modes to play, including a practice mode, a versus mode, a survival mode, a story mode, and a challenge mode called Dares. There is multiplayer support for two players, but only locally. Seems fun if you’re on the hunt for another game like this. I’d really like to see online support at this price level, though. 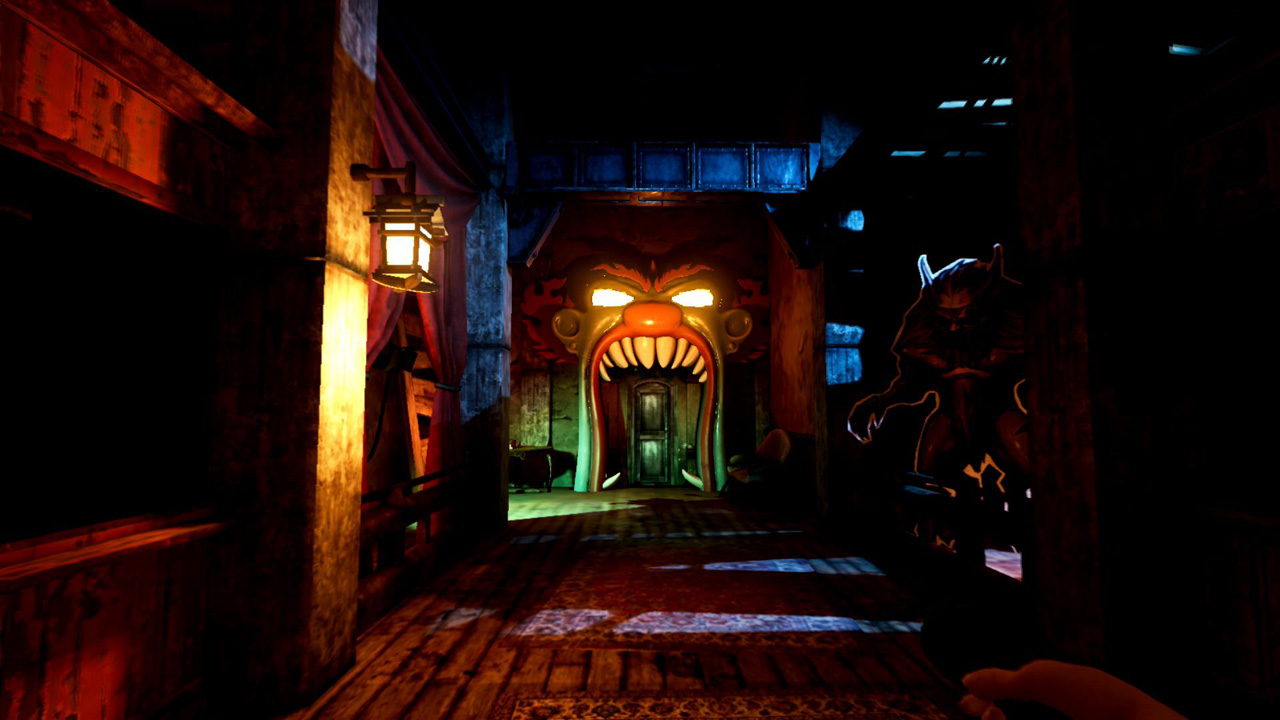 A very atmospheric first-person adventure game, The Park leans heavier on the story side of things than the puzzle side. It’s a couple of hours long and sees you making your way through a spooky amusement park at night as you search for your missing child. You’ll make your way around the rides and attractions, and if you’re expecting psychological horror and references to traumatic incidents, you’re on the right track. All that having been said, it’s pretty much a one-and-done experience, and in terms of its visuals I’m not sure the Switch version is the best way to get the most from it. I suppose if you’re looking for a relatively low-demand bit of horror for the Halloween season, you could do a lot worse than The Park. 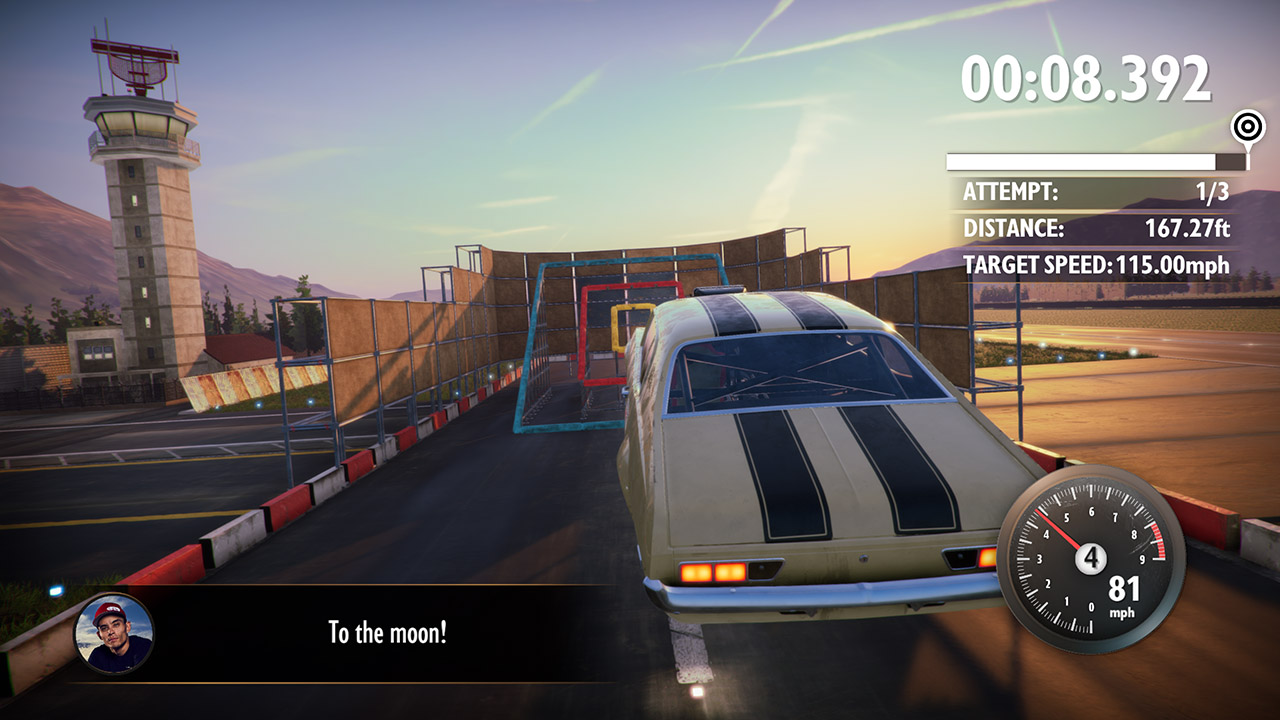 This is a racing game based on a TV show, I guess. I’ve been in Japan for more than a decade so I haven’t really kept up with the zeitgeist of Western television. Anyway, you race popular cars from the show, get hundreds of customizable parts, and generally do whatever you can to get on the list, which is apparently the ten best street-racing cars in Oklahoma City? I’ve literally never felt so old as I do right now. The game has split-screen multiplayer for two players, and four different race modes. Hop into Quick Play for some fast racing action, or dig into the Drag Racing and Tuning modes for something with a little more crunch. Finally, the Challenges mode does what it says on the tin. Is it good? Hm. Well, it’s not for me, but if you like the show maybe you’d like it better? 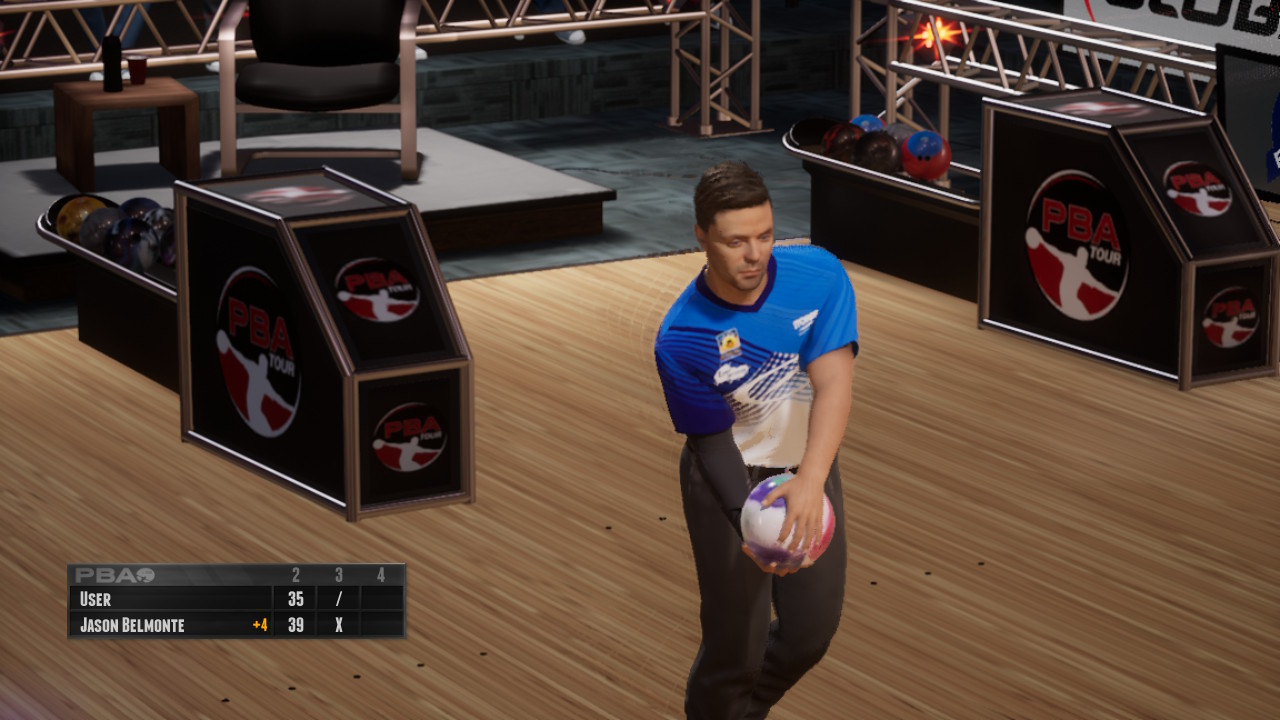 I’m not sure if we’re ever seeing new pinball tables ever again from Farsight, but PBA Pro Bowling at least shows they’re still alive. And, well, if you like professional bowling, this is probably going to scratch your itch as well as anything. There are real PBA Tour professionals, accurate bowling styles, lots of tournaments, bonus challenges, and plenty of properly represented licensed details. Up to four players can join in for some local multiplayer, or you can play on your own. Personally, I’m not sure this is something I need, but I know there are lots of people out there who dig bowling video games that will be quite interested in this one. 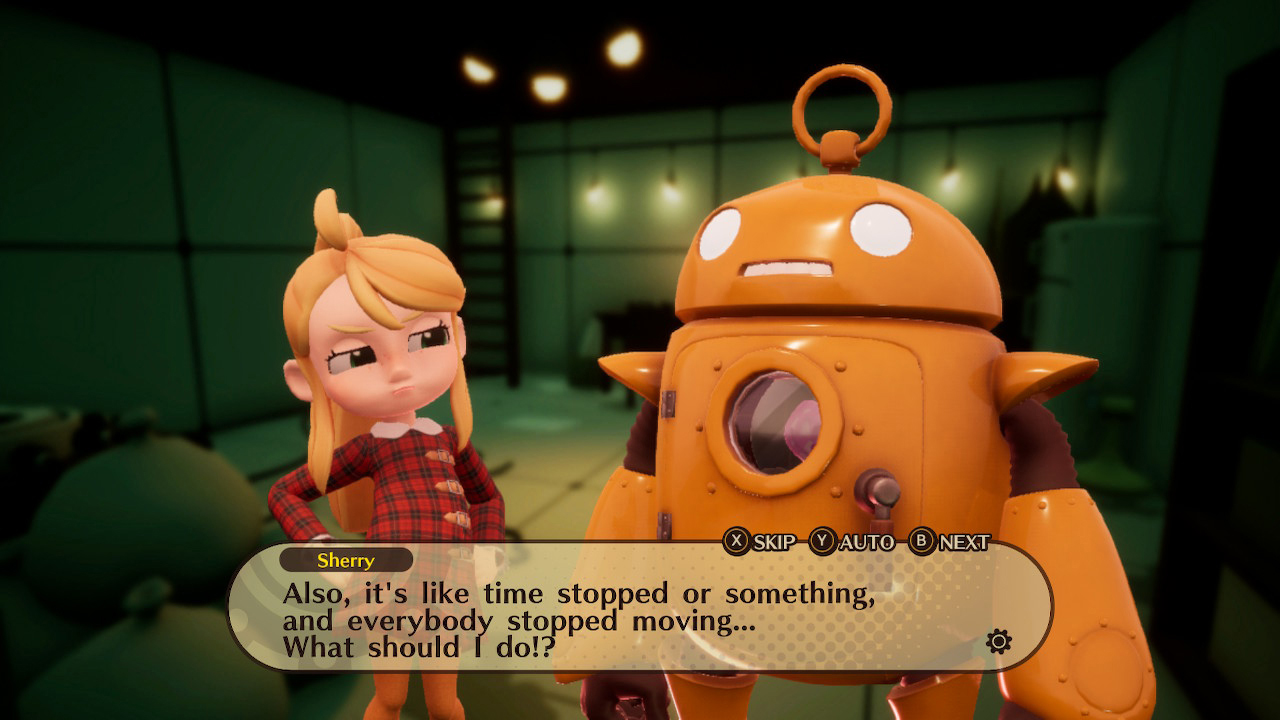 Destiny Connect is a cute entry-level JRPG that never really reaches beyond being decent. If you’re looking for something short and a little sweet, it’s not a bad choice. I also could see it having a lot of appeal to younger gamers. Ultimately, I found myself endeared by its heart but slightly turned off by how basic it is. The game is over in about fifteen hours but it gets so repetitive so quickly that it feels like forty. With a new Pokemon just around the corner, even beginners may be better served just to wait a few extra weeks. But if you’re looking for something light and have a little time to spare, you may find Destiny Connect charming enough.

Today’s list has some strong entries, no doubt. Torchlight 2 is the clear attention-grabber here, as it’s the first post-launch sale for the game and it’s not a bad one at all. I would say Hob, GRIS, Feudal Alloy, and Streets of Red are worthy of consideration, but many of the other games on the list are at least interesting enough to look at. As for the outbox, Tesla vs Lovecraft has been on sale a few times and will likely be around again soon, but is a rather good twin-stick shooter that is never a bad pick-up. Otherwise, feel free to hang on to some cash for upcoming new releases. 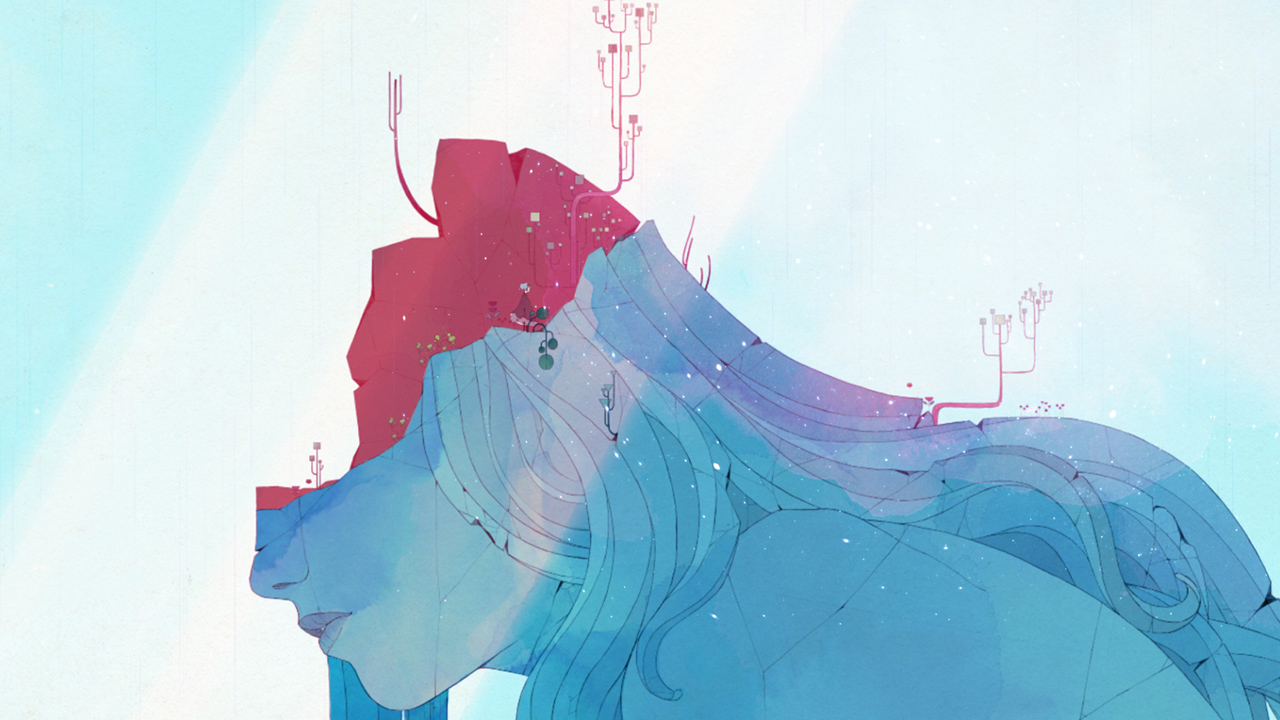 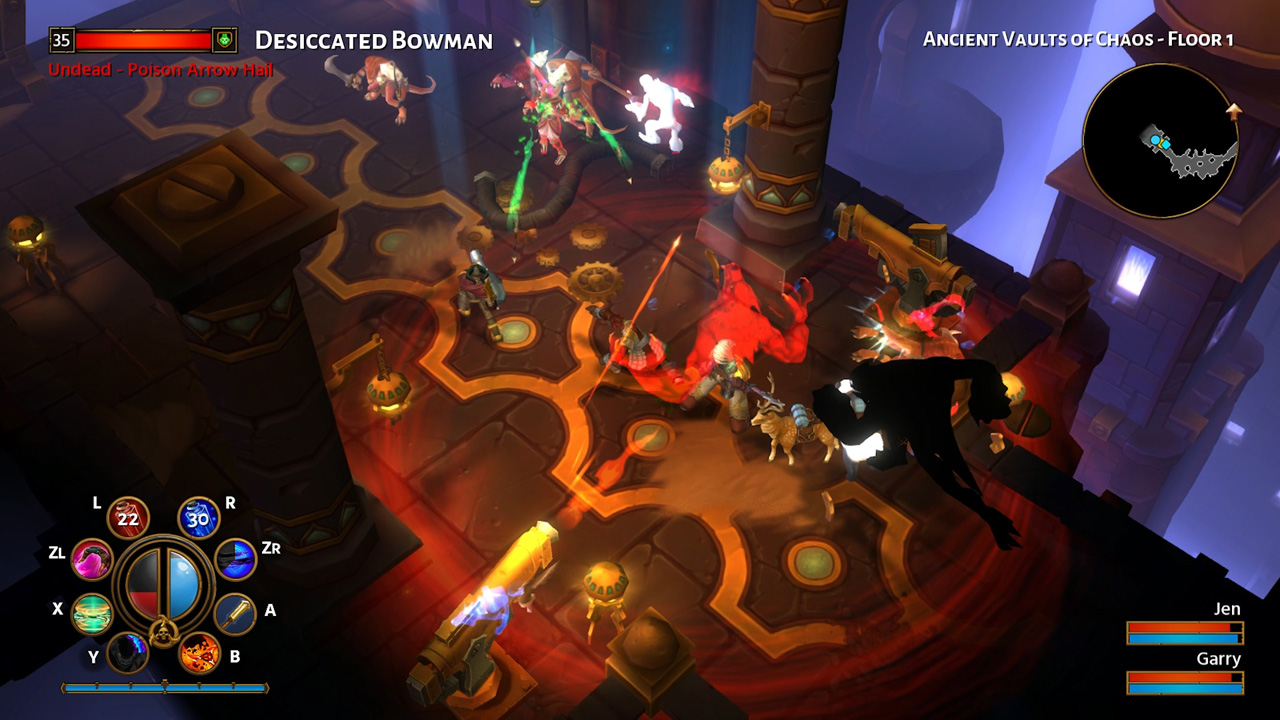 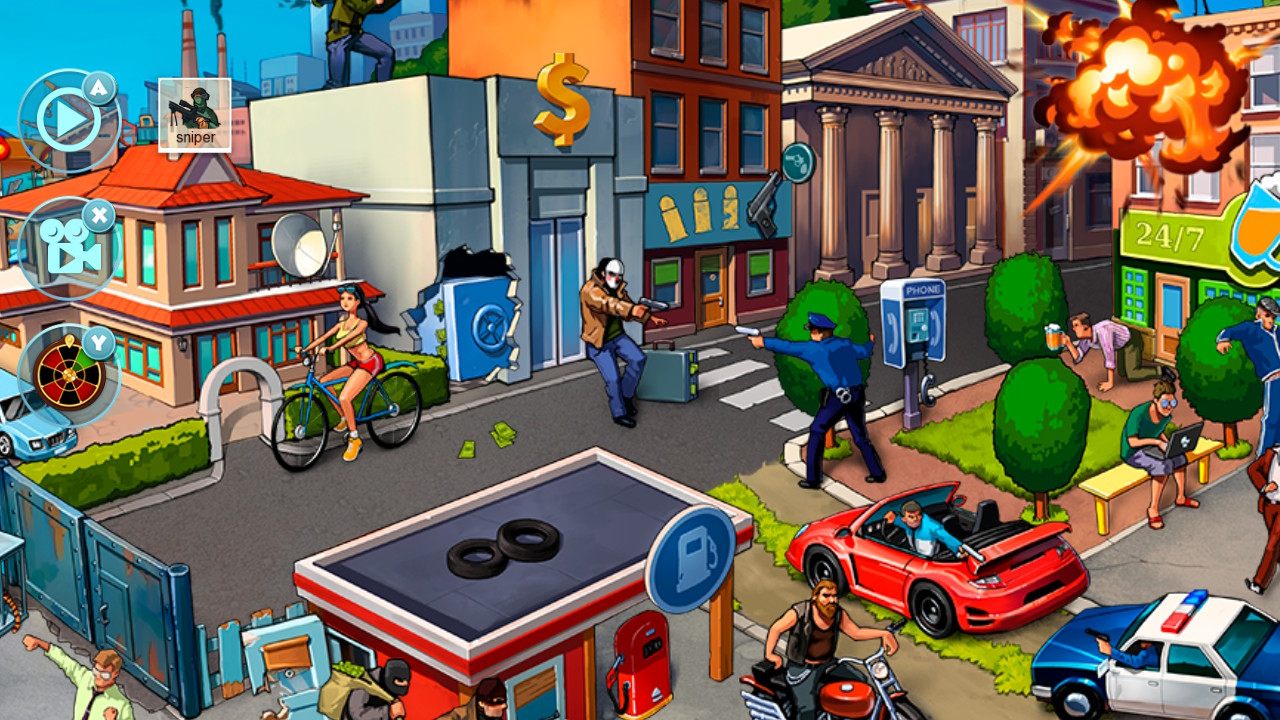 That’s all that’s good for today, friends. We’ll be back tomorrow with… well, I’m not sure! There aren’t any releases scheduled at the moment, but something could pop up. We’ll also have whatever news and sales come along, of course. Maybe a review? Maybe. We’ll have to see how time sorts itself out, as usual. I hope you all have a great Tuesday, and as always, thanks for reading!