The Bradwell Conspiracy () is one of the newer games on the Apple Arcade and it was one that looked pretty high-quality. The graphics are all in first person and very well done as far as apps go, the sounds are of the same caliber and that includes the (almost) fully voice-acted game, and the environment around us, while rather linear, is still refreshing and a coherent, realistic building. You’ll see a good chunk of similarities with this game and the ever-loved Portal series but unfortunately it does not live up to that same standard.

As for the story… well, the game starts you out in a serious accident. There’s been an explosion and you, and (almost) only you, are left behind in the rubble. You get yourself up, dust off, and almost immediately meet one of the only other people in the game — Amber. Turns out, that’s a great thing because you two just so happen to need each other as you’re both trapped in different parts of the building and need to get out. It’s a lukewarm story at the best of times but luckily your partner’s voice helps to bring life to it as she narrates much of the world around you. As for you… you can’t talk because of smoke inhalation. The entire game. Some 5 hours or so. To tell the truth, it was a pretty weak way of introducing a necessary component to the game — photographs. 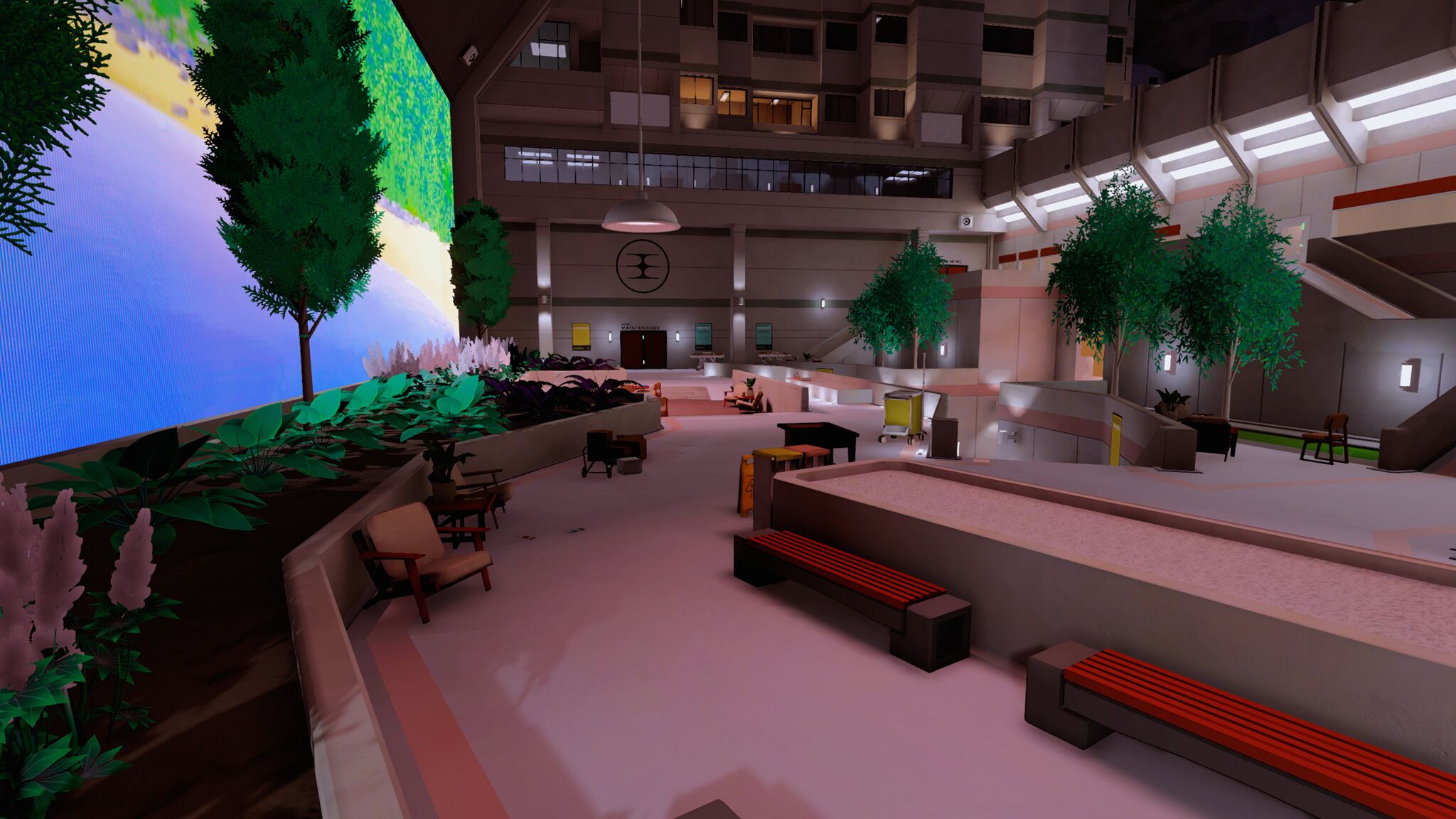 To get Amber to talk about things in the world, move components around like catwalks or big industrial equipment, and more, you’ll need to take pictures. This can be done endlessly and also serves to give more life to the setting. It’s simple and easy, takes only a second, and can never be done too much. The other big part of this first-person platformer is to use your SMP device. It’s basically a handheld-printer that can convert items to supplies and blueprints. You’ll go around the building collecting both blueprints and supplies to create what could’ve and should’ve been almost anything but is instead just a small handful of things. I was very disappointed the more I played as the majority of the things you’ll be making are just bridges and some rather uninspired pipes or other connectable objects. Because of this, the vast majority of puzzles are very simple and require little thought or effort.

The controls of the game are very simple. You’ll be using the left side of your screen to move and the right to move the camera. As such, it’s much like a controller, though it feels like it would be best as a VR game. I’d also recommend right at the start that you change your camera sensitivity up to at least 60% as I found myself hating the camera’s camel-like pace at the beginning. There’s also a few buttons like the picture and crouch but they’re just a tap and that’s it. 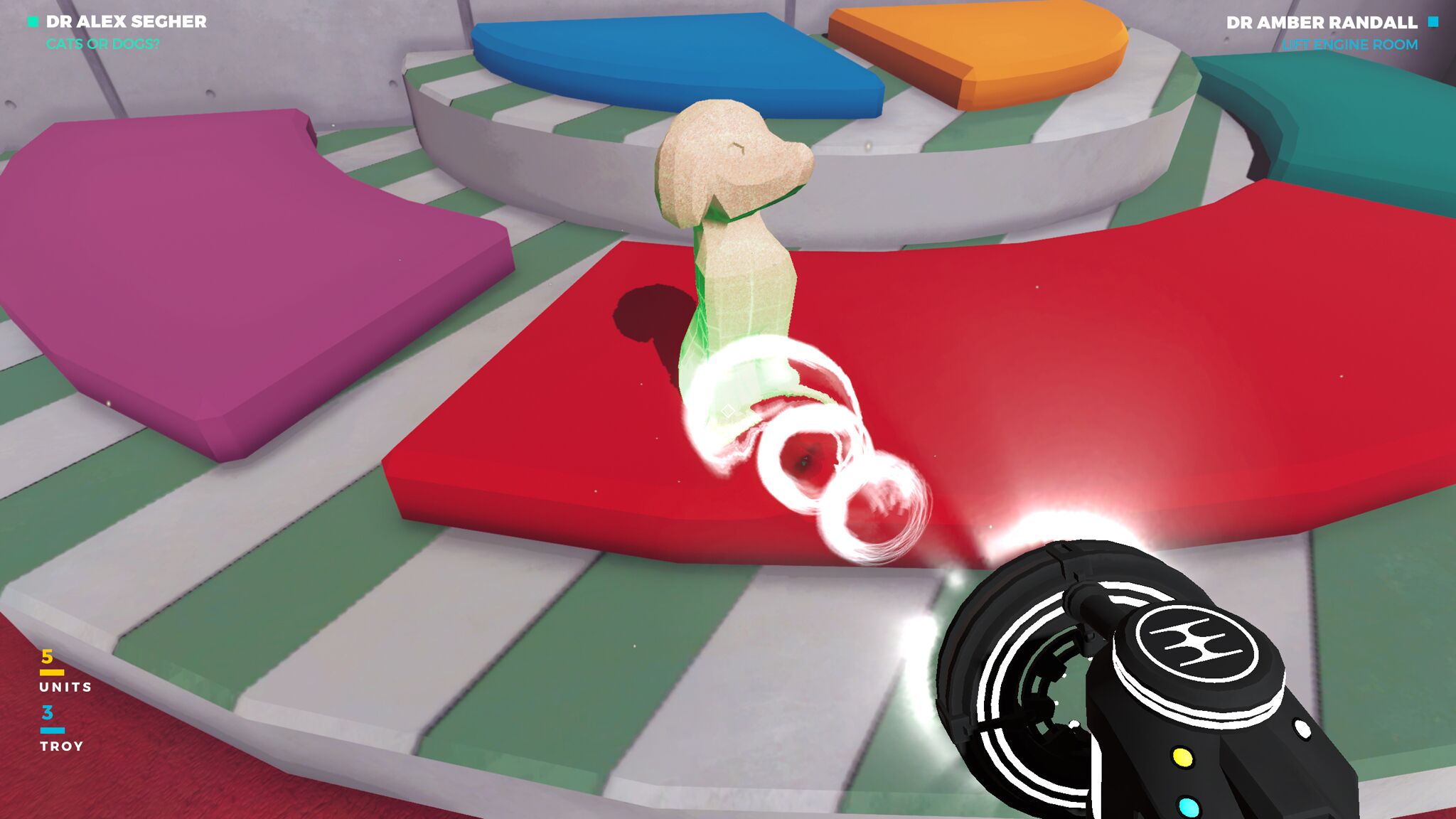 Glitches and errors are a very important aspect of any game for me and unfortunately, this one had a few that upset me greatly. For starters, there are times through the story where there’s a lot going on and you might just find it force-quitting on you. This is a minor annoyance as it almost always saves before these moments. There was one, though, that really grinds my gears. The ever-hated, game-breaking, “you-cannot-progress-even-though-the-puzzle-is-correct” glitch. It only happened once but, after I finished a puzzle, the game simply wouldn’t progress. Amber wouldn’t respond to me, I spent a good 40 minutes trying to change things, and only on a reset of the app and redoing the puzzle did it work.

There’s also the problem of a stark lack of hints and clarity in some areas. The ending of the game is particularly hard as there was almost no sense of what I was meant to be doing. I found myself fumbling more than once and, while difficulty is always welcome in any game, confusion and uncertainty is not.

The Bradwell Conspiracy does a lot of good, though. It introduces us into a relatively interesting story, opens up what could be a great mechanic for future games, and creates a character you’re invested in even though you’re never invested in your own at all. I wished for more the entire time and I very much am interested in a second game if there should be one. It’s a basis of a good game but that’s all it ever lives up to as the game is neither long nor varied. Puzzles and platformer aspects get stale far too quickly and I feel it relies too heavily on Amber which gives your own character just the status of Tool #6428.

NOTE: The Bradwell Conspiracy is available on mobile exclusively as part of Apple Arcade, a premium gaming subscription service from Apple. Without being a subscriber to Apple Arcade you cannot download and play this game. Apple Arcade is $4.99 per month and does come with a free one month trial, you can learn more about it on Apple’s official website or by visiting our dedicated Apple Arcade forum.