I have to admit that when I first heard of What The Golf?, I didn’t expect much from the game. I don’t like golf so I didn’t even think I was going to like it, but I decided to give it a shot when I saw it was golf for people who hate golf. And I’m happy to say I was wrong, and that doesn’t happen often. I mean, I’m wrong all the time, but I’m rarely happy about it.

Every area has a unique theme and is filled with small references and details. You’ll find yourself playing Portal, Super Mario Bros., and even Superhot. Each area has several flagpoles which represent a course you need to play at least once to make progress. Each level will keep you guessing what your goal is going to be. Maybe, you’ll have to get a golf ball to the flagpole, or maybe you’ll have to use a TV with a rocket attached to it to destroy trees. As I said, there’s no logic in this game. And that’s what I like about What The Golf?: You’ll never know what you’re going to get. 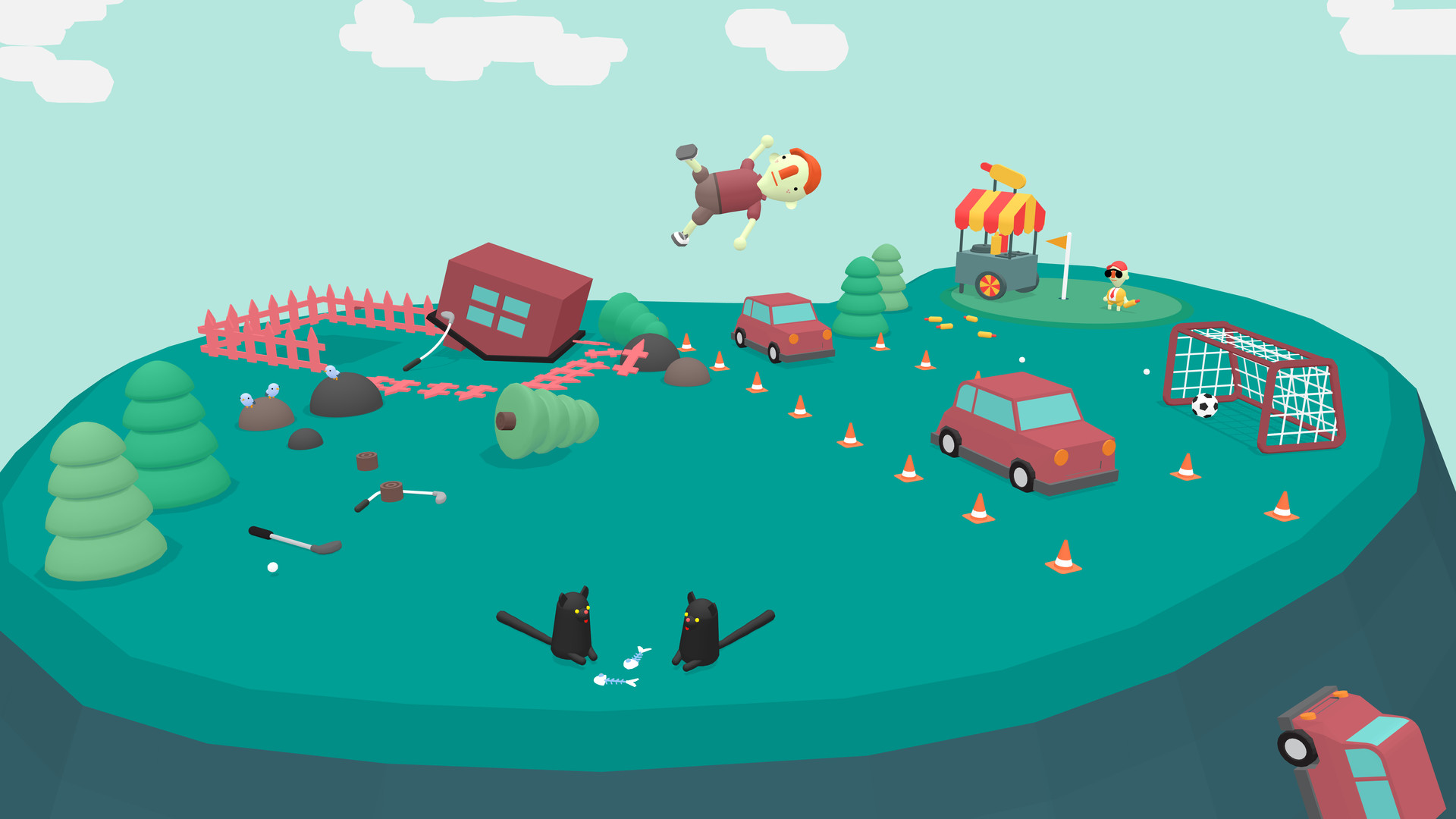 As I mentioned before, you need to go through each flagpole to progress in the game. However, if you want to get collectibles or get a crown on a flag, you need to play every level on each flag. This gives you a reason to replay the game, which is good because it’s not that long. In my case, I got tired of playing trying to get the crowns because it’s basically the same challenges over and over again.

What The Golf? is a physics-based game, which means you’ll have some frustrating moments. Its gameplay is really simple. Most of the time you’ll just have to drag your finger down the screen and then release it to shoot the golf ball or whatever you’re using. This is simple but sometimes the game’s physics will work against you for no reason, especially in the 3D levels.

Fortunately, all levels are not that hard to beat. Some levels will take some time, but as soon as you figure out what you’re doing, it won’t take too long before you beat it. Keep in mind, though, sometimes patience, and thinking outside the box is key.

The game’s looks are great. What The Golf? does a good job changing from 3D models to 2D sprites in a smooth way. You can see that Triband, the team that made the game, put a lot of time into every detail that covers the laboratory and each level. From hidden rooms to secret chests, references and puns, there’s a lot to discover.

The music, on the other hand, is not that good. First, there’s not a lot of music inside the game. While you’re exploring the lab or playing the levels, you’ll only hear a couple of sounds most of the time. But, when there is music in the game it is happy and relaxing.

Overall, What The Golf? is a silly, fun little game filled with popular references, different characters to control, and a lot of lame and funny puns. While you might get stuck in a few levels, the game is entertaining enough to keep playing until you figure them out. Even if the game is not that long, it will give you a crazy experience that will keep you entertained and make you chuckle.

NOTE: What the Golf? is available exclusively as part of Apple Arcade, a premium gaming subscription service from Apple. Without being a subscriber to Apple Arcade you cannot download and play this game. Apple Arcade is $4.99 per month and does come with a free one month trial, you can learn more about it on Apple’s official website or by visiting our dedicated Apple Arcade forum.