In spite of its various issues I’ve continued to play SEGA Heroes (Free), SEGA’s entry into the free-to-play puzzle-RPG genre. As much as I’ve enjoyed the game, I’ve gotten nearly as much fun out of trying to guess which character will come to the game next. Each newly-introduced series gets four characters in the game, and trying to predict exactly which will make the cut can be quite challenging. I thought I had the menu for Altered Beast figured out, but the third character has just been added and it wasn’t one of my guesses.

Rather than throw another Centurion our way, SEGA has instead added the game’s antagonist to the roster. Neff is here in his “Van Vader" purple rhino guise, and he’s pretty much here to make mince meat out of the Centurions. He’s an Epic Blue Striker, which means you need fifty character shards to unlock him. As always, the shards can be gotten from the new event or drawn from the event chest. He’s definitely going to be easier to come by than the Dragon Centurion, and once you see his abilities, you’ll understand why. 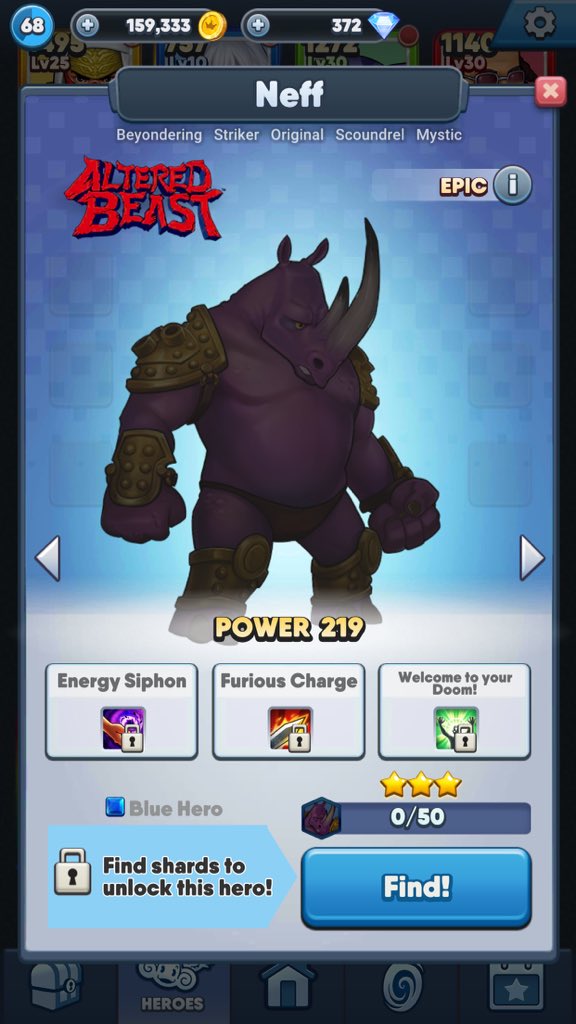 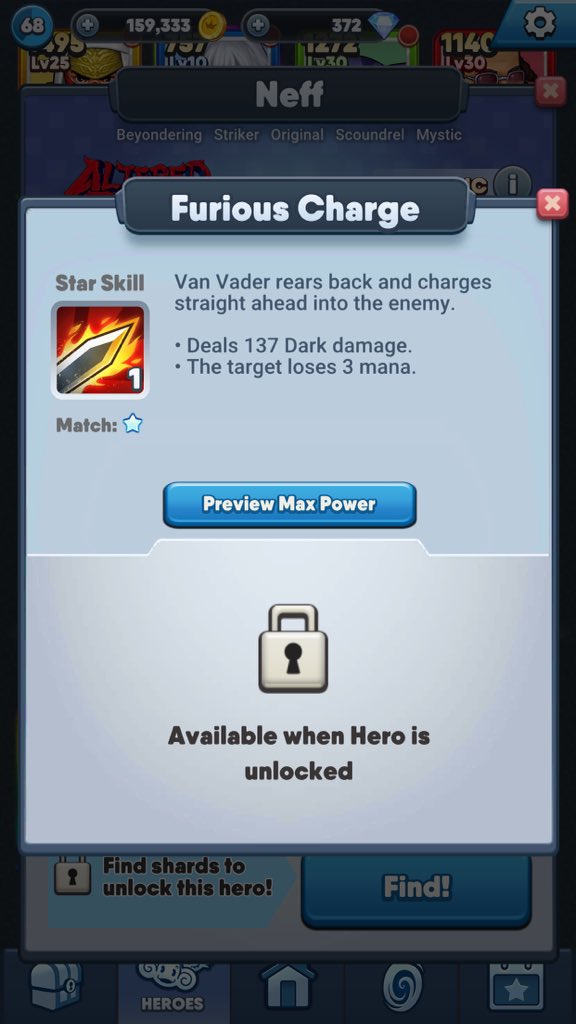 Remember how in Altered Beast whenever you defeated the boss, Neff would absorb all of your orbs and change you back into a wimpy little human? Bah, that was annoying. Guess what the Neff in SEGA Heroes has as his MAX Skill? Energy Siphon deals three hits of dark damage, gives Neff Growth status for four turns, and if the target is a transformed Centurion he’ll revert them to human status. That spells big trouble for anyone leaning on Centurion characters for their party, and makes Neff a fairly easy-to-get foil for the ridiculously powerful Dragon Centurion.

Neff’s Star Skill is a lot more straightforward. He’s a rhino in his Van Vader form, and when you bust out this skill he’ll do what rhinos do and charge at the target. This deals a good chunk of dark damage and drains three mana points from the enemy. Rounding out his abilities is Neff’s Passive Skill, Welcome to your Doom!. If Neff takes damage from an enemy skill, he’ll inflict the attacker with Darkness status for three turns. Furthermore, if the enemy makes a match-4 or greater, Neff will create a Blue Star tile of his very own. That rhino is going to be charging quite a bit, in other words.

That all said, Neff is an oddly situational character compared to most. He’s definitely designed to counter the Centurions, and it’s hard to say if he’s got what it takes to hang in other contexts. He’s an interesting choice, if nothing else, and now I’m wondering exactly who the fourth and final Altered Beast character will be. The game isn’t exactly flush with possibilities, but doing another Centurion at this point would seem a bit anti-climactic after getting the game’s boss. I guess we’ll find out in a week or two!