Roguelikes, by and large, fit wonderfully into small windows of play, which means they are a perfect fit for mobile. Whether you have five, ten, or twenty minutes, a run can be as long or as short as needed. Of course, roguelikes are almost always brutally difficult, and runs are cut so short due to cumulative mistakes or simply ridiculous boss fights, not because the game is naturally short. The very thing that makes the roguelike genre fit on mobile so well—fast games—also hampers it simply because of the absence of the precise control a keyboard or controller provides. Of course, with the upcoming controller support in iOS 13 that will be somewhat mitigated, but it’s rather inconvenient to carry a controller in a back pocket.

Enter Rogue Legacy ($3.99), a rogue-lite with a very low tolerance for poor character control. Even with a number of quality of life changes, and some surprisingly good controls, this game is hard. It’s hard in other releases as well, but on screen controls simply cannot deliver the pinpoint control required, which makes the iOS experience even more challenging. Nevertheless, Rogue Legacy welcomes all comers for a quest to explore a cursed castle, beat bosses, and (maybe) figure out who the devil keeps writing all these journal entries. 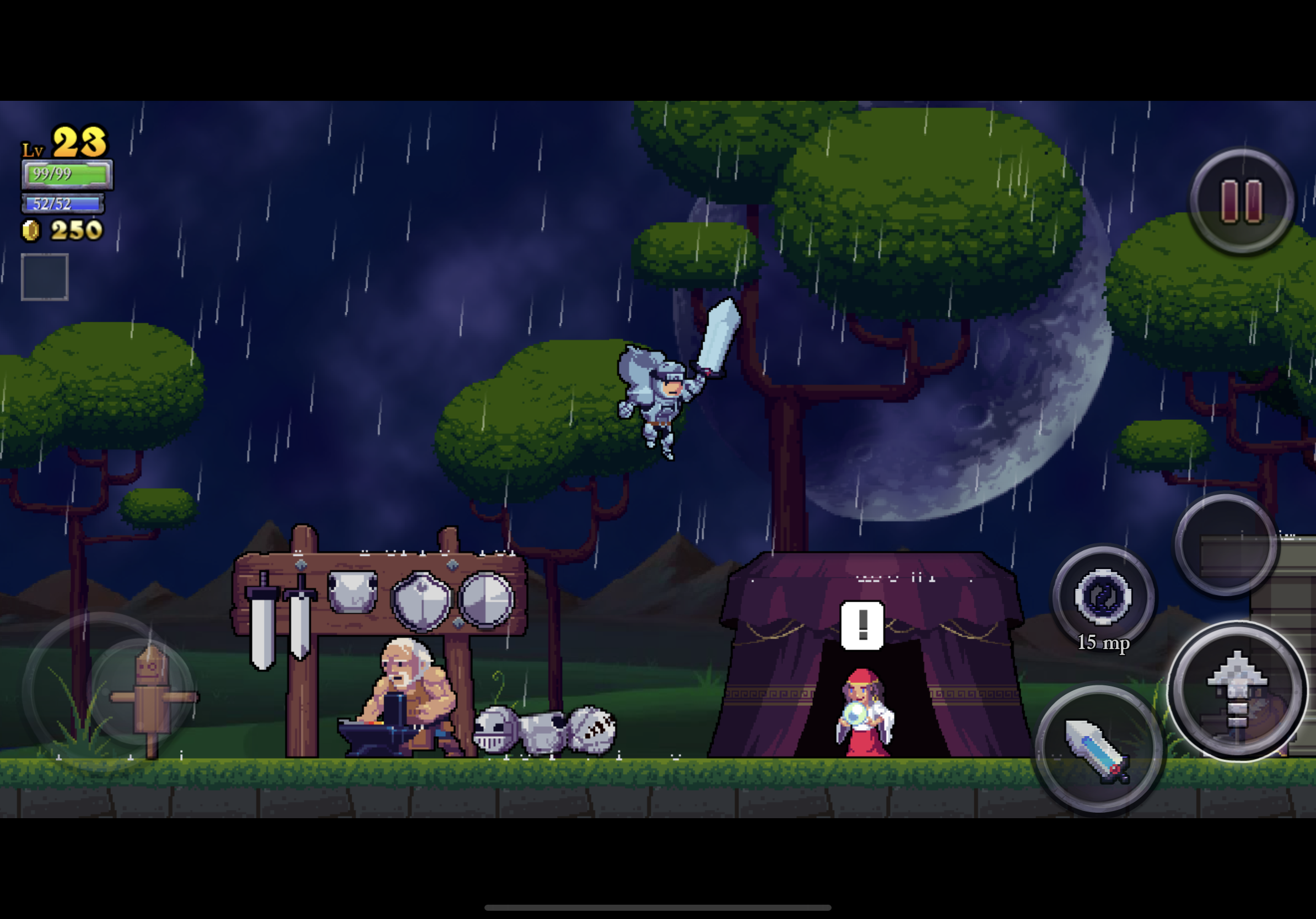 Knowing how Rogue Legacy plays, and knowing the basic mechanics of the game, is fairly important for understanding why pinpoint control is so important. At its most basic, Rogue Legacy is a platformer with an emphasis on hacking & slashing a variety of enemies, and looting gold and blueprints from their corpses. Fairly typical RPG fare. However, death is rather more permanent than a typical RPG. Once dead, characters do not come back. Instead, you may choose one of three descendants to take up the mantle, inheriting all the gold acquired in the previous run, and the upgrades purchased in all previous runs, and enter the castle.

Once in the castle, players explore a variety of rooms and biomes hunting on a quest to slay four beasts and unlock a golden door. These beasts are no normal creature, and defeating them requires preparation and powerful equipment and enchantments. Such equipment can only be purchased with gold looted from monsters, chests, and the sundry abandoned furnishings within the castle. Quite often, it is too difficult to both explore and acquire gold for the next run and hunt a boss, since both resource pools (health and mana) are quite limited, and there are only a few ways to replenish them. At any given point there may be a variety of enemies, projectiles, and environmental hazards to avoid, as well as gold or other treasure to collect, all in a room that could be large and easy to navigate, or only have a minimum of platforms to utilise, or perhaps collapsable platforms, or even no platforms at all! Messing up even once means taking a not insignificant chunk of damage which could be the difference between successfully beating a boss, getting the last bit of gold needed, or dying early. Mana is somewhat able to mitigate this, allowing players to take out some enemies at range, which means less damage taken by melee minions and more room to avoid projectiles.

With the basic concepts explained, perhaps it is more clear now why precise movement is so important. Without comfortable, precise controls, it’s far too easy to accidentally bump a spike, or a bullet, or stay too long on a floor trap, or run into any number of other projectiles or enemies or hazards. Do that enough, and the little bit of damage taken each time adds up pretty significantly. Virtual controls work, but that’s about all that can be said. They don’t have the precision of a physical joystick, the tactile feedback of a button, or the comfort of holding a controller, or even the familiarity of a keyboard. Even accounting for the minor quality of life adjustments made for mobile convenience, they simply are no better than adequate. A keyboard, on the other hand, can feel a little clunky. The movement is either a full-on sprint or a hard stop, and jumping doesn’t quite feel natural. It is, however, precise. No action is taken that was not intended, no projectile or frenzied wave of bullets cannot be dodged. It doesn’t feel right, but it does feel good. A controller, though, is practically perfect. There’s a physical joystick for precise movements, the button layout feels good, and a controller is pretty comfortable. Dodging projectiles, navigating precise platforms, and handling a variety of enemies at once feels smooth and well-tuned, if not easy. If games are made with a specific mode of input in mind, Rogue Legacy was made for controllers. 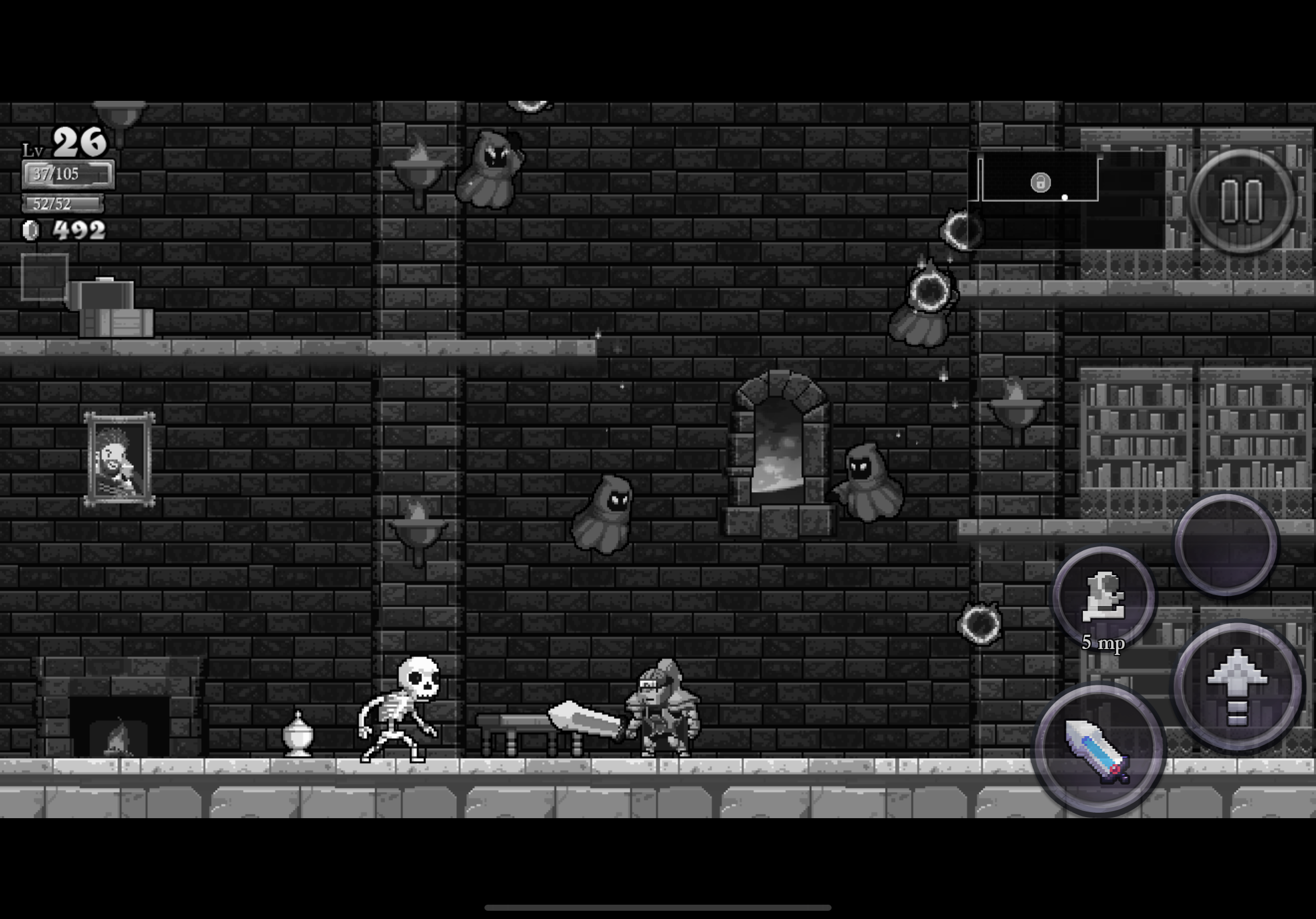 Rogue Legacy is a hard game, and while using a controller makes it somewhat easier, it’s still not exactly an easy game. Practice, as well as leveling up your character and buying equipment, are really the only ways to make the game “easier". To allow virtual controls to really be an option, some changes were made to the Wanderer edition that are not in the other releases. Notably, the collapsing platforms redeploy after a certain amount of time, and swiping down on the screen (rather than swiping down and tapping either jump or attack) drops through some platforms, or triggers a downard attack. There are also new traits specifically for mobile that flip controls, hide controls, or otherwise inhibit the viewable screen or ease of use, but that’s sort of par for the course as far as Rogue Legacy is concerned.

As a last point of note, while MFi controllers (and PS4 and Xbox One controllers, if you’re running iOS 13) are supported, the controls are not optimised for them yet. There is currently no way to view the map from a controller (you have to tap the map icon), nor is there a way to pause the game from a controller. Additionally, some of the traits (specifically left-handedness and synesthesia) seem to be entirely negated. Hopefully there will be improvements and optimisations in time but, of course, there is no guarantee. 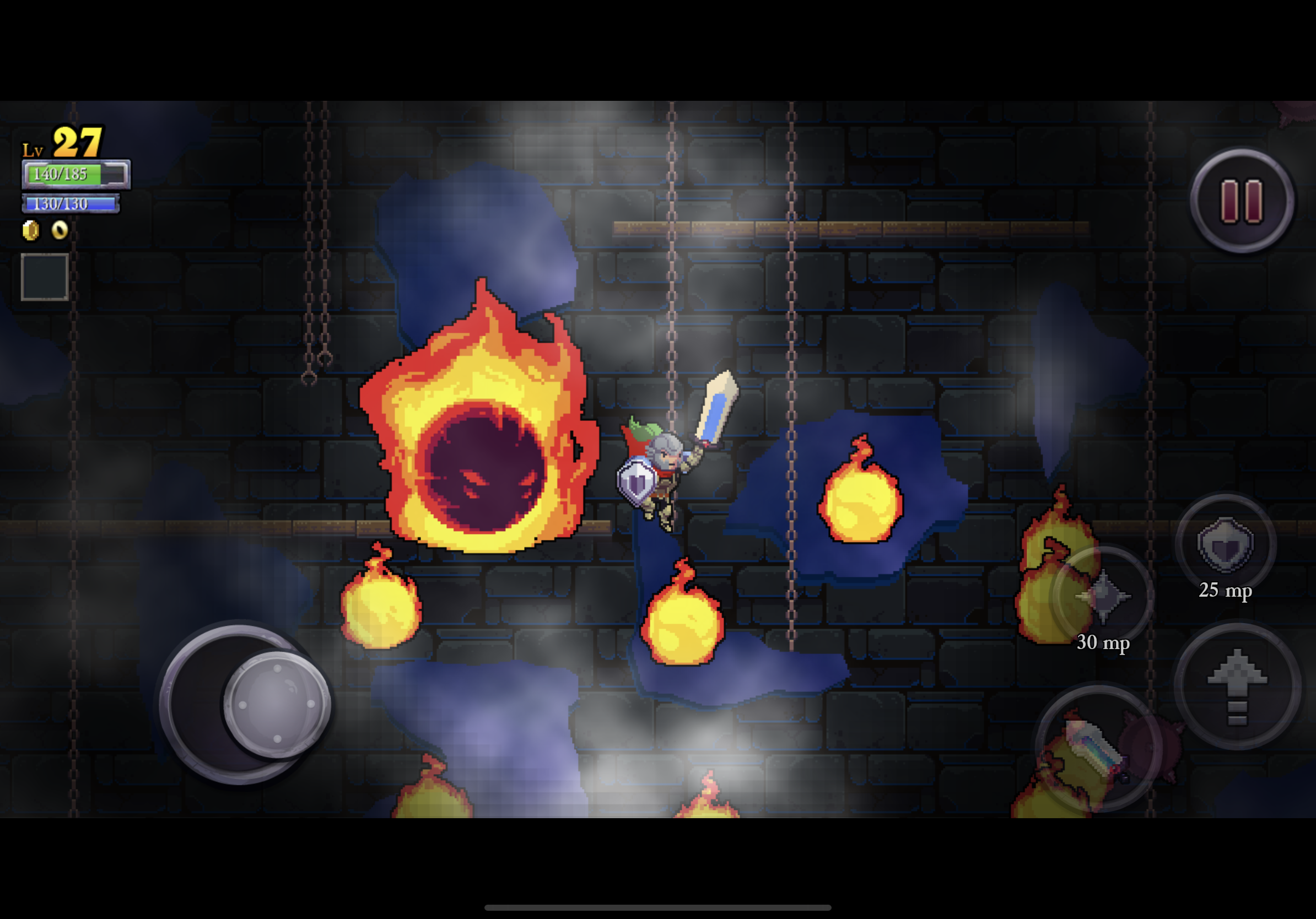 If hard, platforming, hack & slash, and perma-death are selling points, Rogue Legacy is the game for you. It’ll beat you down until you figure out what a monster’s tell is, until you manage to unlock just the right enchantments, or until you give up. If you’re persistent enough, and willing to spend the time to learn the game, it’s very rewarding, a ton of fun, and will last a long time. But it’s not a game for everyone. If you’re someone who doesn’t want to spend the time or have the patience to learn the game, or you just don’t enjoy repeatedly dying or losing characters, this is not the game for you.