The most recent additions to the SEGA Heroes (Free) character roster have focused on SEGA’s post-Genesis era properties, bringing in popular favorites from House of the Dead, Valkyria Chronicles, and Shenmue. Those eras aren’t generally mined as often as certain other periods in the company’s history, so I was certainly happy to see those characters show up. But sooner or later, things had to come back to SEGA’s most popular console, and they really brought it back around for the game’s latest update.

The Werewolf Centurion from the arcade hit and Genesis pack-in Altered Beast is the newest character to join the puzzle-RPG. He’s an Epic Red Striker with some interesting tricks up his… well, I was going to say ‘sleeves’, but the man is only wearing underpants. So some interesting tricks up his loincloth? That sounds moderately illegal, but I can only work with what I’m given here. You’ll need fifty character shards to unlock him. Said shards can be unlocked through the latest event chest, or by playing the Rise From Your Grave event that kicks off today.

Werewolf Centurion starts off each battle in human form. His MAX Skill in human form is a Punch that deals straight physical damage. His Star Skill in human form, Spirit Orb, will transform him into Werewolf form, where he gains new skills and a beef-up to his stats. Finally, his Passive Skill in human form is Champion of Zeus, which causes him to generate a Red Star tile at the beginning of every turn provided one doesn’t already exist. It also grants him Growth and restores some of his health when he transforms.

In Werewolf form, Centurion is an utter monster. His MAX Skill is Flame Arrow, which deals elemental damage and creates a full row of elemental sword tiles that will damage the enemy for three turns. His Star Skill, Fireball Fling, deals elemental damage and inflicts Sap status on the enemy. His Passive Skill in Werewolf form is Feral Fury, which pumps up the damage on all of his matches and replaces any matched or destroyed friendly sword tile with a random three-turn elemental sword tile. Yes, by using his skills properly, you could have near-perpetual sword tiles. Yikes. 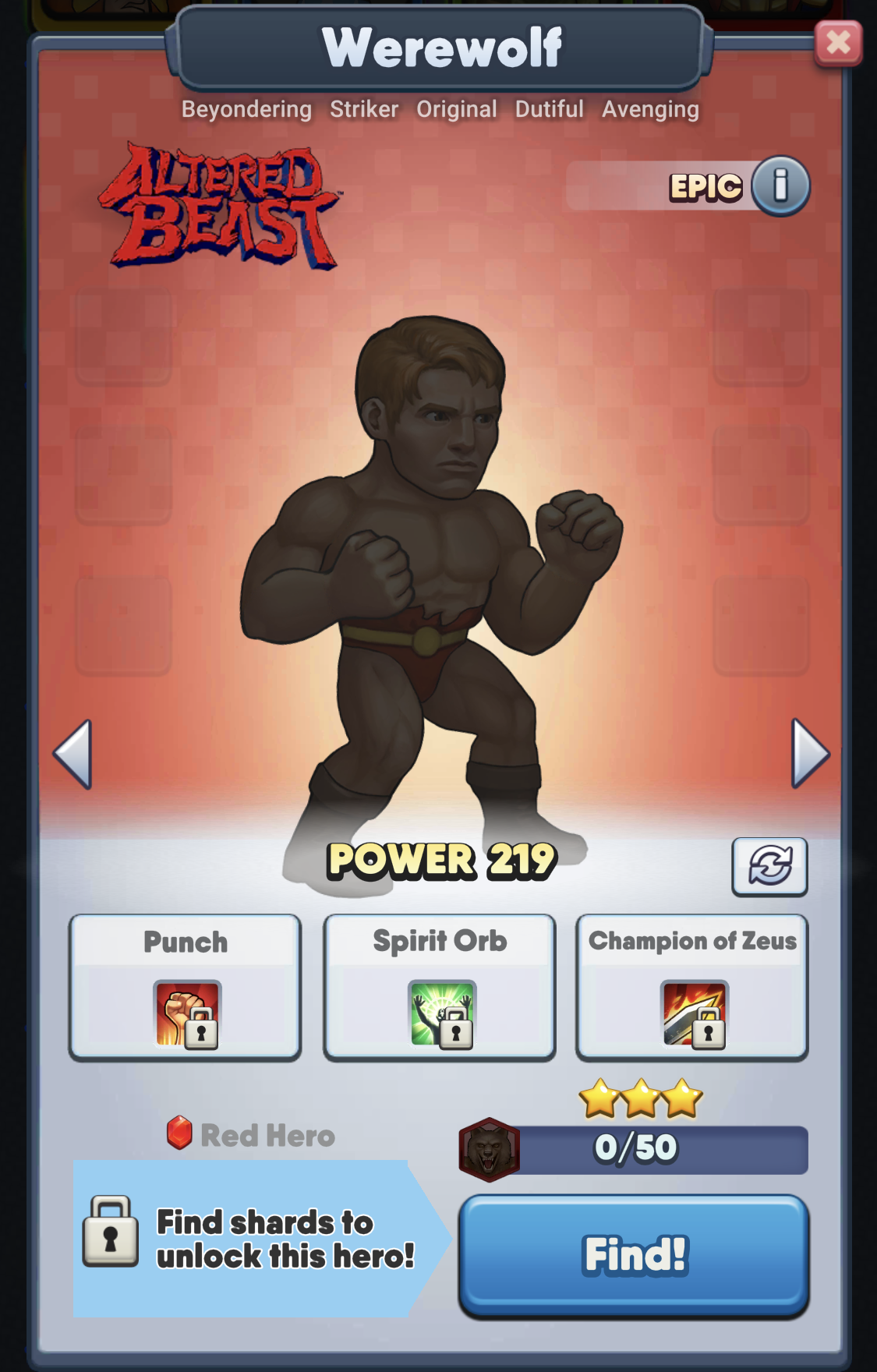 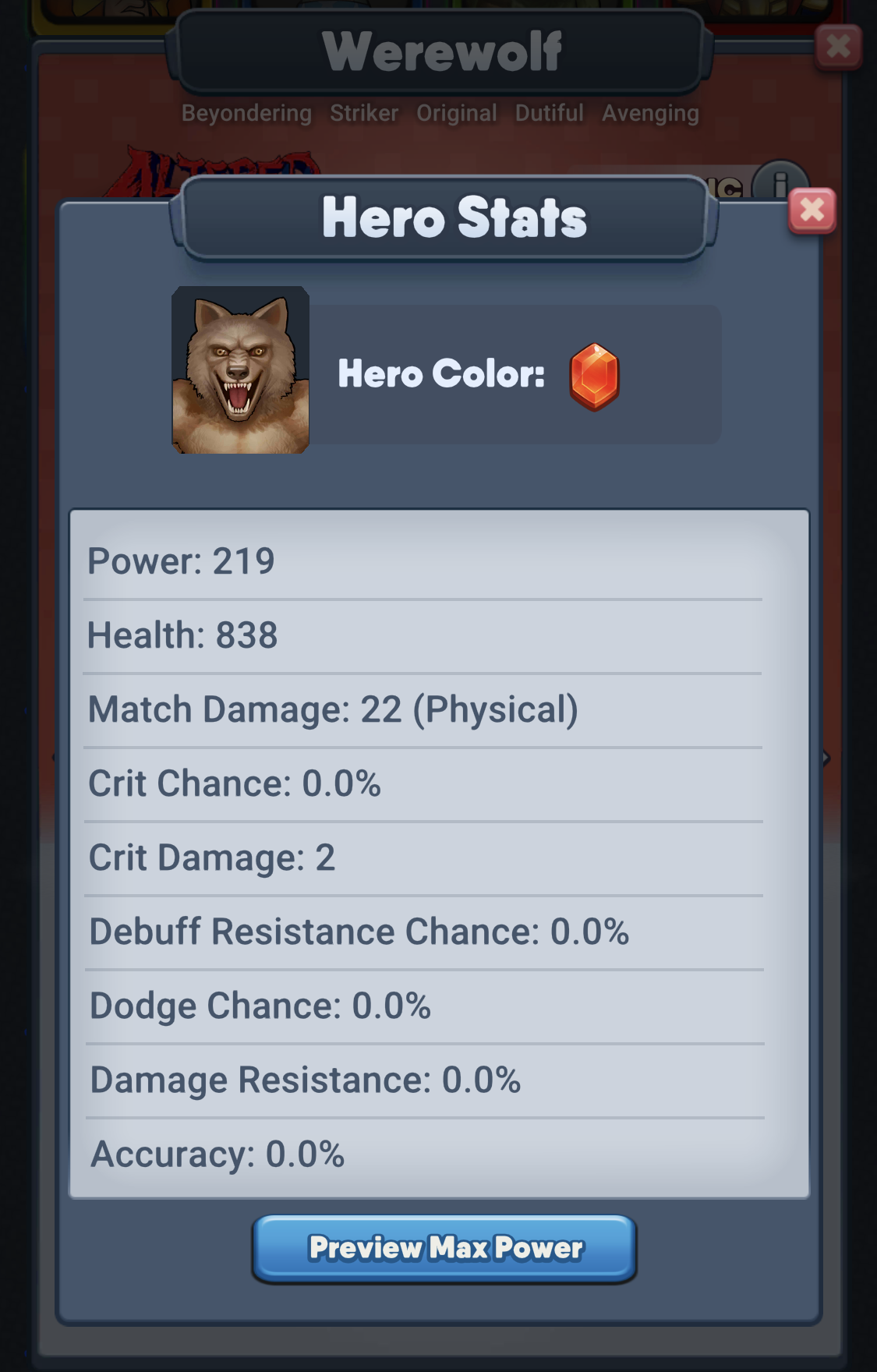 The scary thing is, he’s probably the weakest character we can expect from the Altered Beast roster. It’s not hard to guess at what the other three characters will probably be. The original game had dragon, bear, and weretiger transformations, and I’d be awfully surprised if those aren’t the exact characters we’ll be getting in the coming weeks. I wonder which one will be the Legendary character? I guess we’ll know soon. Good luck trying to score the Werewolf Centurion in the meantime!