It’s hard to believe that it’s been five whole years since the original Five Nights at Freddy’s ($2.99) arrived on PC and mobile and became a worldwide phenomenon while simultaneously launching the careers of many prominent YouTube personalities. Since that time there have been five sequels, three spin-offs, books, movie plans, and more merchandise than you can fill a landfill with. And while series creator Scott Cawthon has kept himself busy with all manner of Five Nights at Freddy’s related endeavors, the mobile versions of the games have languished somewhat over the years. The last new release was Five Nights at Freddy’s: Sister Location in early 2017, and the rest of the series has remained untouched from their initial releases on the App Store. Cawthon wasn’t happy with this situation but also didn’t have the time or resources to take care of these mobile versions on his own, so he has struck a deal with Clickteam to remaster the mobile Five Nights at Freddy’s games to get them on par with their Steam counterparts, starting with the original. Here is a before and after comparison between the existing mobile version and the remastered version. 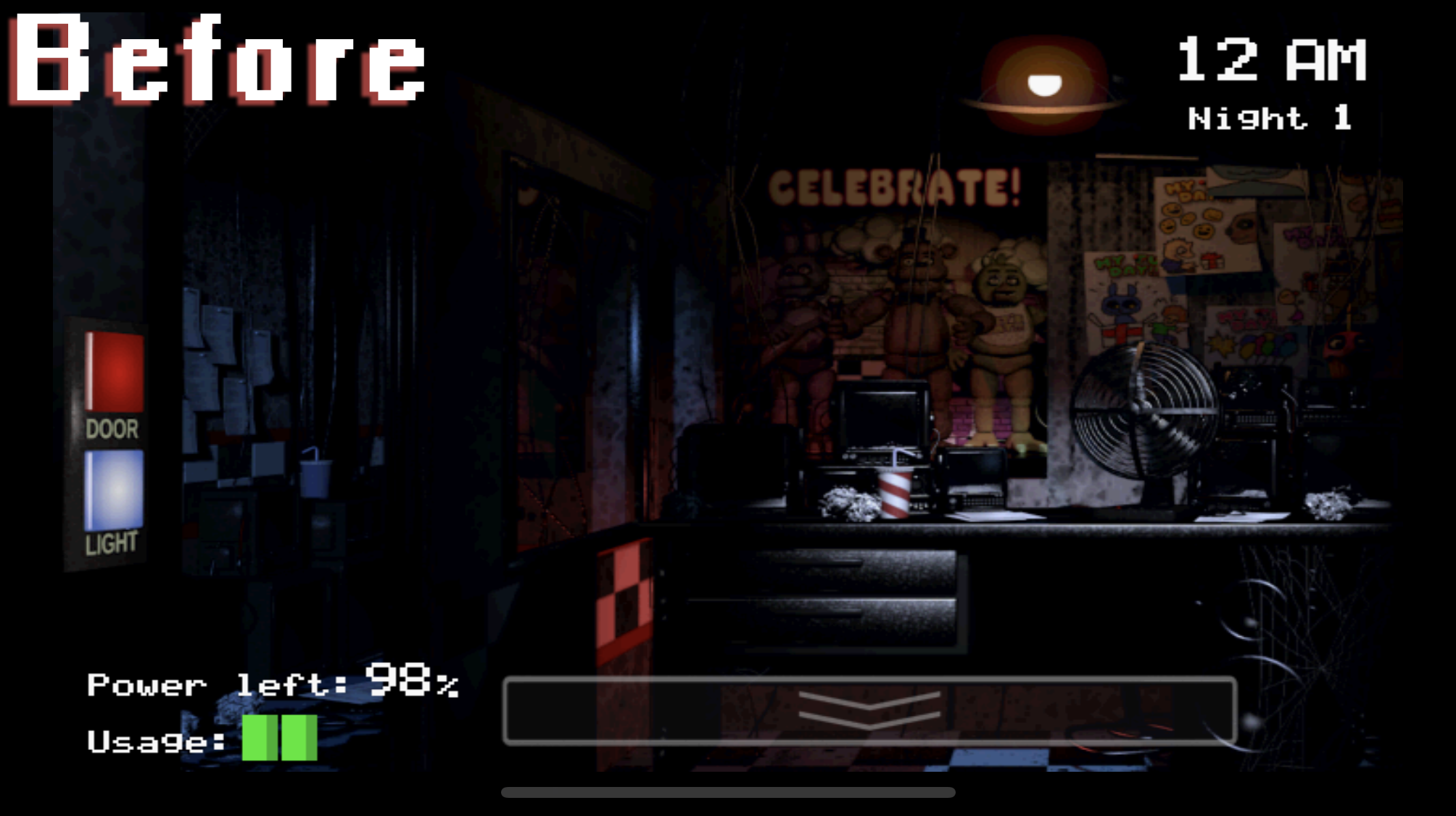 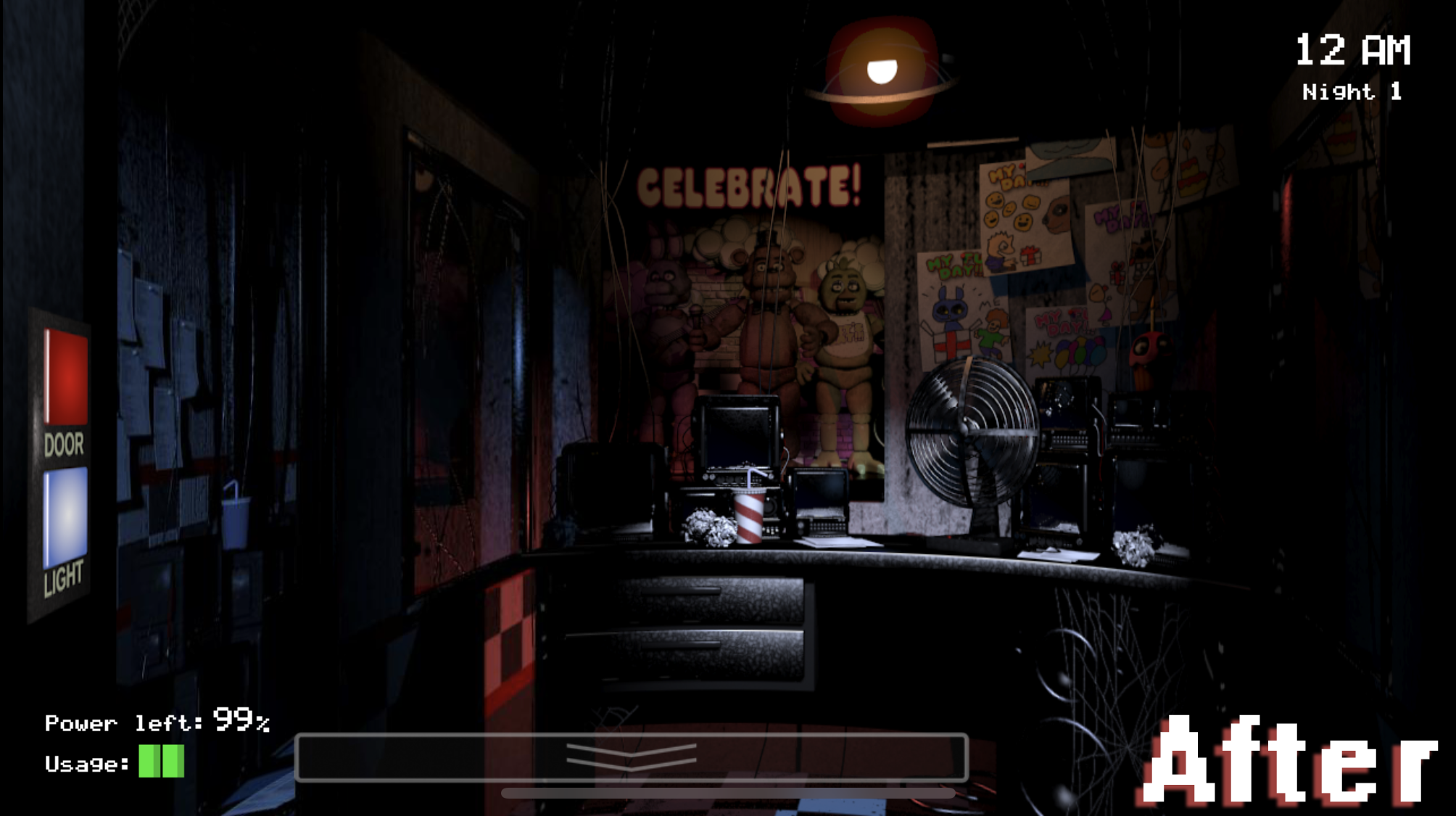 This remastered version of the original Five Nights at Freddy’s will include the high-resolution assets from the Steam versions, cheats and decorative plushies for your desk available as IAP, an improved user interface, and lots of additional fixes and improvements. Similar remastering treatments will be heading to the other games in the series, Five Nights at Freddy’s 2-4 and Sister Location, and will be released as free updates to the existing games as long as the Google Play and Apple App Stores will allow. But the fun isn’t stopping there as the two most recent games in the series, Freddy Fazbear’s Pizzeria Simulator which released in late 2017 and Ultimate Custom Night which released in June of last year, are also making their way to mobile for the first time courtesy of Clickteam.

As for the timeline to all of this, the original Five Nights at Freddy’s should be receiving its update on iOS and Android anytime now, and then the new-to-mobile Freddy Fazbear’s Pizzeria Simulator will be released next, followed by the Five Nights at Freddy’s 2 remastered update. If all goes according to plan that all should happen in the next month or so, with the remaining remasters and Ultimate Custom Night arriving at some point afterward. We should have more details and more specific release date information as these projects get closer to completion, but for now definitely keep an eye on your updates tab for the remastered update to the original Five Nights at Freddy’s and look forward to the remastered sequel as well as the mobile debut of Freddy Fazbear’s Pizzeria Simulator in the not too distant future.