One example of a retro revival done right in my eyes is Namco’s Galaga Wars (Free), which was released back in early November of 2016. Jeez, has it really been that long? Anyway, Galaga Wars takes the iconic ship and bug-like enemies from the original Galaga, gives them a 3D makeover, and packages it up in a more modern mobile style with randomly generated levels and a persistent upgrade system. And it’s not just THE iconic ship from the original game, but Galaga Wars offers several unlockable ships from a number of Namco’s classic arcade shooters, like the ships from Xevious, Galaxian, and Starblade.

Namco has been pretty good about adding in new ships post-release too, and these tend to be a bit quirkier than the original lineup with a Pac-Man ship, the biplane from SkyKid, and even the Prince of All Cosmos from Katamari Damacy. And, even nearly three years after its original release, Namco is back at it with a new playable ship, this one from one of the series’ OTHER retro revivals Galaga ’88.

As with the other additional ships in the game, the Galaga ’88 Blast Fighter will act as an extra life when you die during a run. This is the eighth ship in the game which means if you have all the others unlocked you effectively get seven extra lives beyond your first, plus one extra that you can purchase with in-game coins or by watching an opt-in ad. 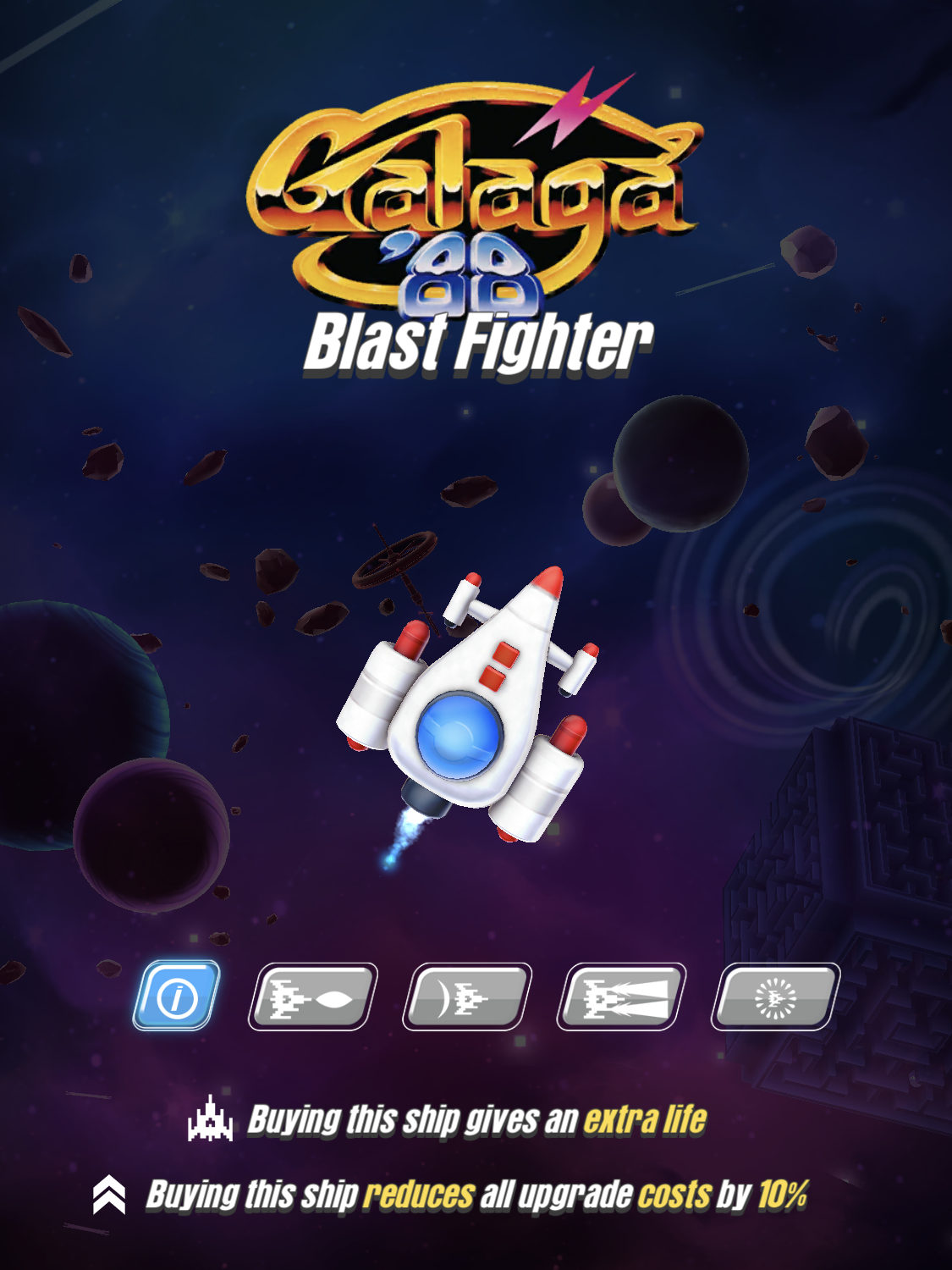 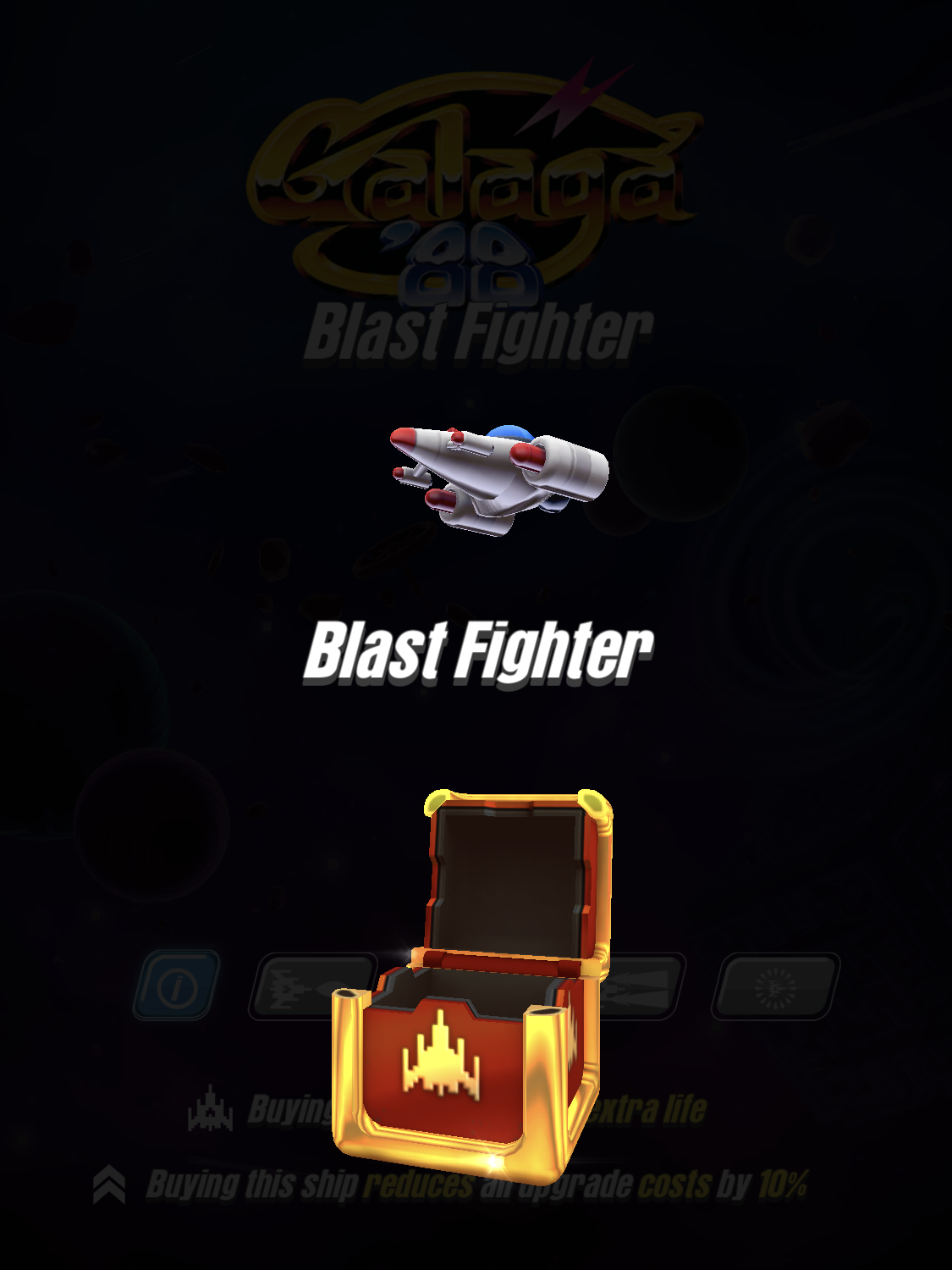 UNLIKE the other ships in Galaga Wars, which can all be unlocked either by IAP or by using in-game credits which you earn from killing the special “Maple" enemies you come across, the Blast Fighter from Galaga ’88 is strictly an IAP ship, and it’ll set you back $3.99. I think this is a pretty generous free to play game so I don’t totally mind seeing IAP-only ships, but since they also act as extra lives you definitely get an advantage by purchasing them.

But hey, you don’t NEED them and there’s nothing preventing you from playing Galaga Wars as much as you want, even as a completely free player. And seeing how much fun Galaga Wars is, it’s something you should definitely be checking out yourself if you haven’t done so already.