The Nintendo DS was so wildly popular that, very similarly to mobile, it drew in an audience of the hardest of hardcore gamers all the way to the most casual-est of casual, and everyone in between. For the most part the DS library could be split off into “games for gamers" which were things like action titles and RPGS, and “games for everyone else" which included puzzle games, brain training games, and Nintendogs. Ok, I admit I loved Nintendogs to death, but you see what I mean. There was also a ton of shovelware. Anyway, in 2007 Professor Layton and the Curious Village launched from developer Level-5, and suddenly it felt like the Goldilocks porridge: A game that was just right for everyone. It featured an interesting story, colorful characters, great voice acting and music, and puzzles that suited all skill levels. It rightly became a classic. 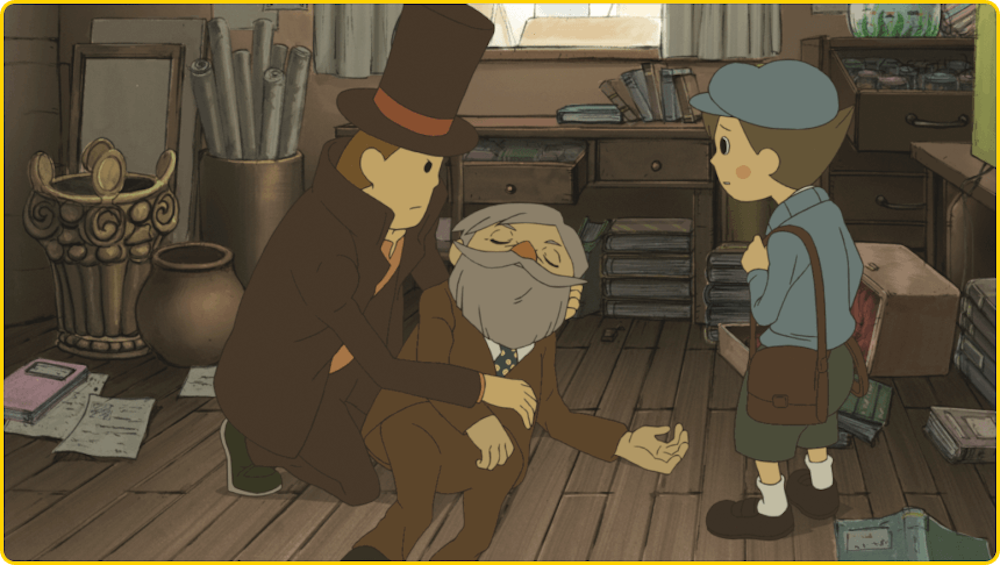 Last year Level-5 remastered that original Professor Layton game and in June released it for iOS and Android in Japan, with a worldwide release following a few months later. And then a few months after that, they remastered the second game in the Layton series, 2008’s Professor Layton and the Diabolical Box ($9.99), and released THAT for iOS and Android in Japan. And now, about six months later, the rest of the world can finally enjoy that new remastered sequel. Following along so far? Good.

If you’ve played a previous Layton game, there’s not a whole lot to explain about Professor Layton and the Diabolical Box for mobile. You’ll once again join Layton, his assistant Luke, and a cast of colorful characters as you solve a mystery by figuring out puzzles and brain teasers. Like the first game the voicework and visuals are excellent, and look especially good in their remastered high definition form. The game also very smartly takes the dual screens of the Nintendo DS version and lays them one on top of the other in portrait orientation on your mobile device, meaning the game plays largely the same as it did originally. Except you don’t need a silly stylus for your touchscreen, and you can choose to play the animated cutscenes in portrait or landscape mode on the fly, which is a nice touch.

Level-5 has kind of jumped around with which Layton games they’ve brought to mobile, but if you’re the OCD type like me and want to play them in order, it’s nice to know that you can grab Curious Village HD and now Diabolical Box HD, which are the first two games in the entire series, on mobile. While it hasn’t been confirmed, I wouldn’t be surprised if Level-5 is hard at work giving the third game, Professor Layton and the Unwound Future, the remastering treatment as well. In the meantime I can heartily recommend both Curious Village HD and now Diabolical Box HD for those who enjoy puzzles and good old-fashioned adventures.

NOTE: In some parts of the world including Europe and Australia the game is known as Professor Layton and Pandora’s Box, and thus there is a different download link in the App Store from the US version. If you’re in the US you can download using the link at the very bottom like normal, but if you’re in Europe or elsewhere where that link doesn’t work then use this one instead: