When a really old game is remade or ported to modern platforms, developers have to cater to two audiences usually. The first one is the fans who played the original and likely want to either experience a game the way it was or through their own rose tinted memories (I learned this when I bought a few NES games on 3DS a few years ago). The second group is newcomers who have either never heard of the game or have never experienced it in the past. Lizardcube’s take on Wonder Boy III: The Dragon’s Trap which originally released on PS4, Xbox One, and Switch as Wonder Boy: The Dragon’s Trap ($7.99) nails everything for both audiences and it is finally on iOS as a premium release with nothing cut that costs almost a third of its console version price.

I’m in the camp of people who never played the original and only experienced The Dragon’s Trap through Lizardcube and DotEmu’s remake on the Switch. It did a lot right with difficulty options but the new visuals and new music won me over. I bought this the moment it went live on the eShop for Nintendo Switch and liked it enough to buy it again physically thanks to the limited retail release on both PS4 and Switch. Games like this and Game Atelier’s Monster Boy and the Cursed Kingdom showcase how to bring classics or how to reimagine older games for modern audiences.

You begin playing as Wonder Boy or Wonder Girl (you can toggle who to play before starting a new save and even tap on the logo on the title screen to see the new artwork) trying to take down the dragon. You start off pretty strong but get cursed into a half human half lizard and now look for a way to lift the curse as you traverse through some gorgeous and well designed levels. Progression is fairly non linear and you have the ability to transform and use various skills to uncover more secrets throughout. Expect a single playthrough of the main campaign to take around 6 hours. 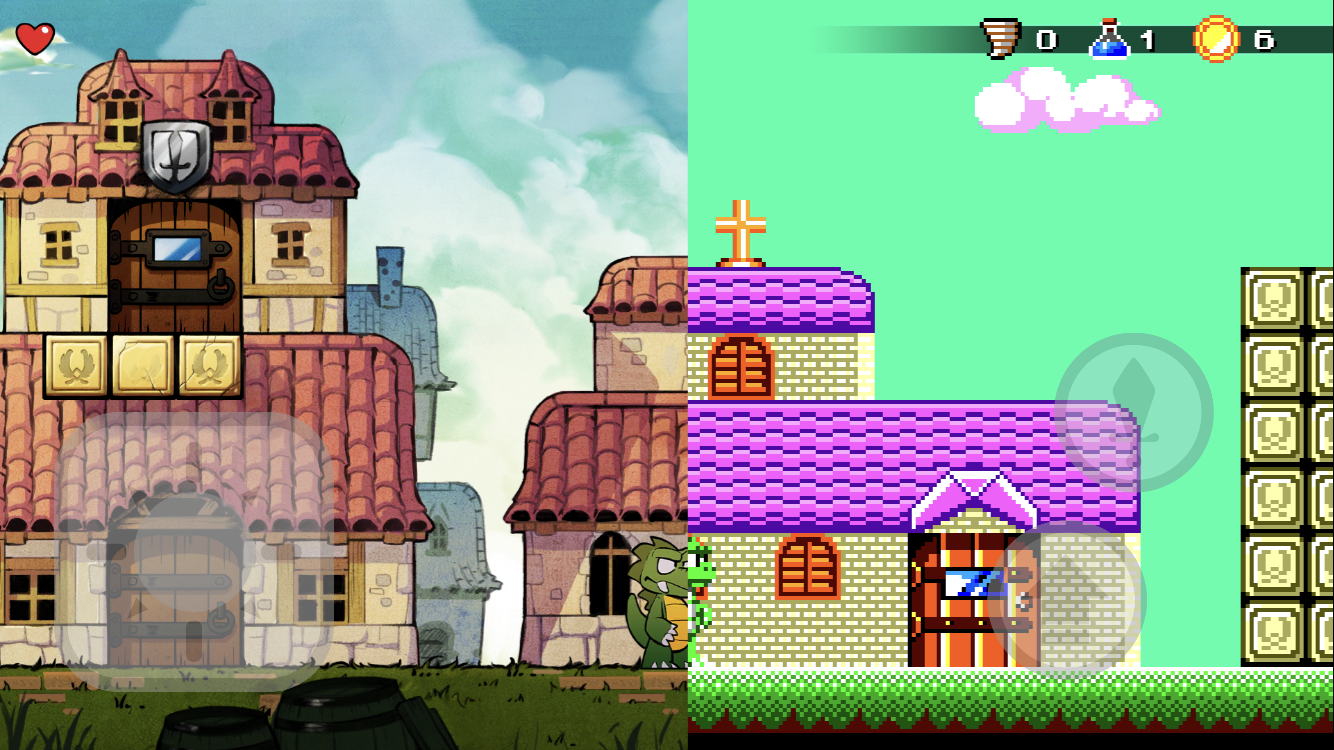 I played this on an iPad Pro, iPad Air 2, and iPhone 7 over the last few days and it manages to look gorgeous regardless of platform. Lizardcube has done something beyond special with the new art and animations here. This is one of the few games that actually looks like a painting in motion. Performance has been mostly ok but I’ve run into the same issue I had on the Switch which had some slowdown when you turn around quick or during some animations. When this port was announced, I was hoping the iOS version wouldn’t have that issue but sadly it does. This is something I notice often and it annoyed me on Switch. Other than that, the performance has been fine. This game was designed for 16:9 and any other aspect ratio (So iPhone X screen size and iPads) will have bars on the sides or top and bottom with artwork. Keep that in mind since new premium ports usually make good use of the full screen real estate available on modern iOS devices. 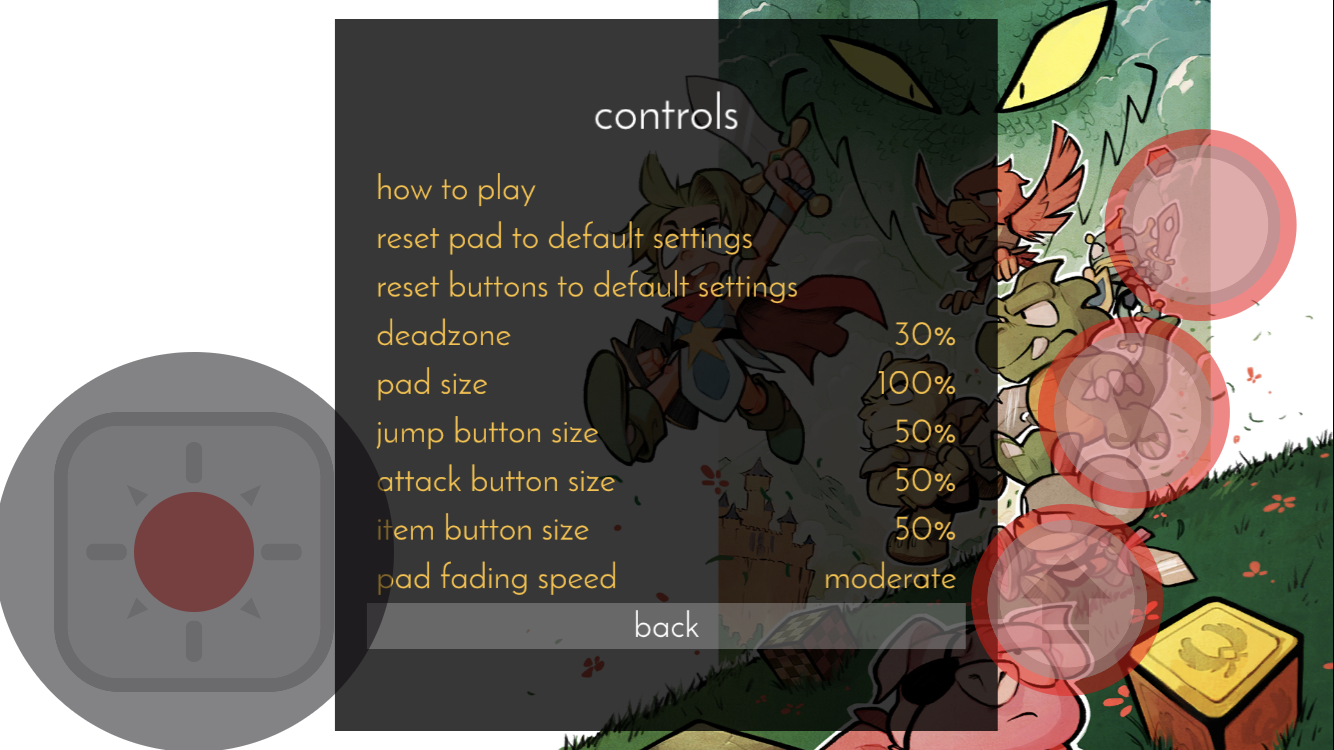 Just like the love and care put into the visuals, the new soundtrack is fantastic. One of the best aspects of this remake is the ability to switch to retro visuals or music on the fly. You can do this by dragging fingers from left to right (for the visuals) and even leave it be in the middle so you have the left and right showcasing different eras in visuals. With an Mfi controller, you can use the triggers to switch visuals or music options quickly if you don’t want to get into a menu and stop the action. There are a few music options but the newest soundtrack is perfect. If the old school level design and some of the enemy placements feel too unfair to you, there’s an easy difficulty option that lets you breeze through most things in the game. Stuff like this definitely helps make an older game more accessible to newcomers to the genre.

My biggest annoyance with the iOS version barring that performance issue is how it controls on the iPhone 7. The default button sizes are too big and you often end up restricting your own view of the game. A lot of this can be fixed but this is definitely a game that would be better on a larger screen with more real estate for control freedom if you want to play it with touch controls. If you’re having too much trouble on the controls, make sure you keep playing around with the sizes and positions to get it to play best for you. I’d still recommend playing this with an MFi controller if you can. 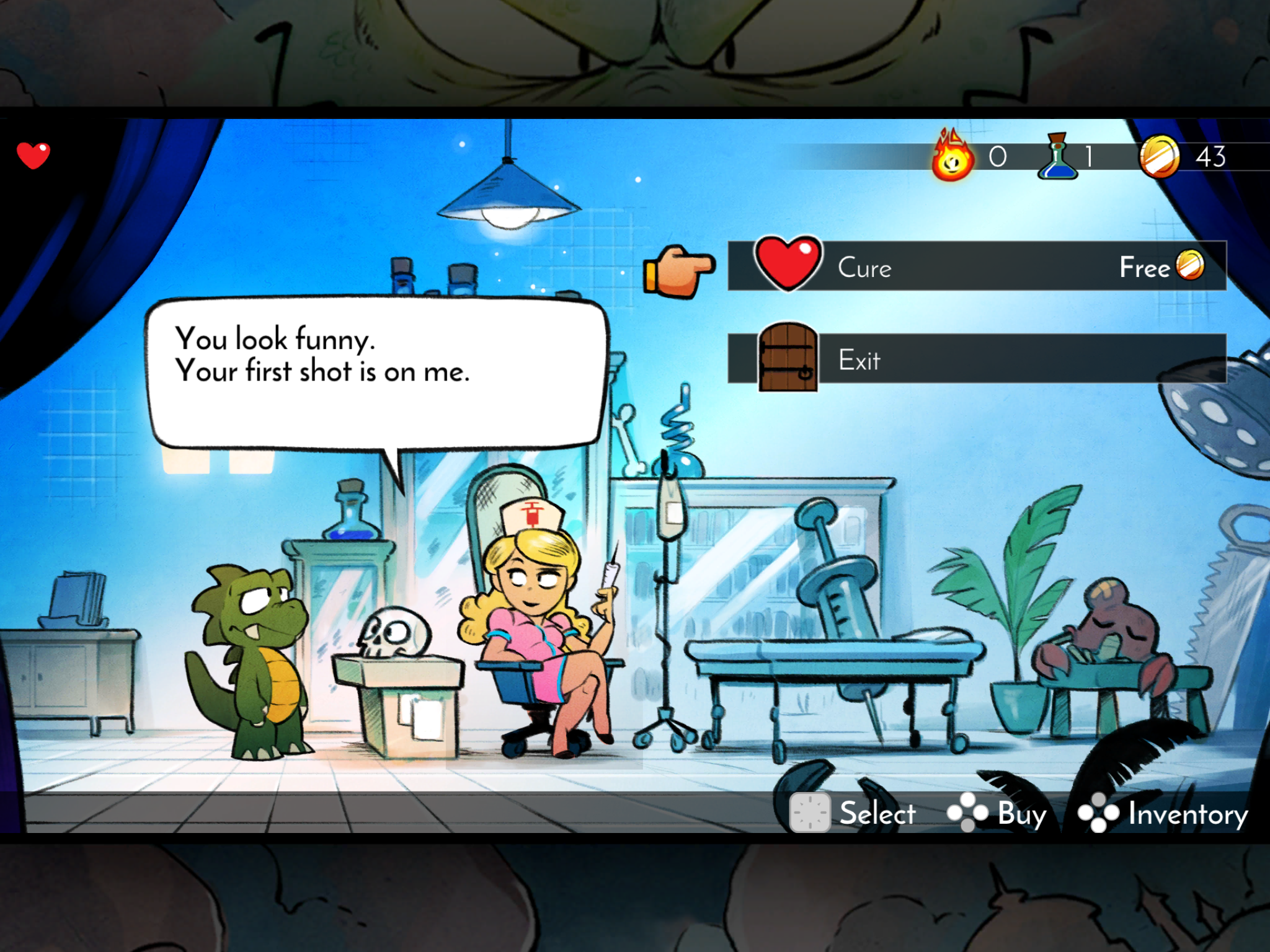 One other control issue is in the button sizes sometimes having a touch target too small. On iPad, the game renders at 16:9 with bars around. This is also something you will experience on iPhone X screen sizes since the original game was designed for 16:9. On iPad access to the pause menu and inventory is sadly at the top left and right of the gameplay portion and not the actual screen which makes things even more annoying.

Overall, you absolutely need to play this game if you’re a fan of platformers and enjoy premium experiences on mobile. Playdigious did a lovely job with the port and it is perfect if you have an MFi controller. If you don’t, the touch screen controls are definitely not a fantastic way to play this because of how it controls in general. If you want to play this on touch, make sure to spend some time customising the controls through button sizes and positions because it doesn’t feel great on the iPhone 7 to me and is much better with touch on iPad. When it comes to remakes or ports of older games, Wonder Boy: The Dragon’s Trap is definitely one of my favourite ones in recent times. It oozes charm and care unlike most remakes these days.