I’ve spent this fine sunny morning sliding around circles in OCO (Free), a game I’m not even sure I’m supposed to be playing yet. It shows up on the Google Play store as “Unreleased", yet there I was, reliving my high school hydraulics class days. Not that I can remember the name of the thing I’m trying to reference, but it’s a comparison that makes perfect sense in my mind and I ask that you respect my idiocy as much as this game does.

OCO is almost perfectly explained by its name – once you’ve played one of its many stages, anyway. It’s a simplistic puzzle game in which your only real task is to tap the screen to jump. As rudimentary and uninspired as that might first sound, the challenge of OCO stems from overcoming that simple limitation. Each stage is completed by devouring the square pellets. Sounds simple, right? It is – but how you manage that will constantly change. 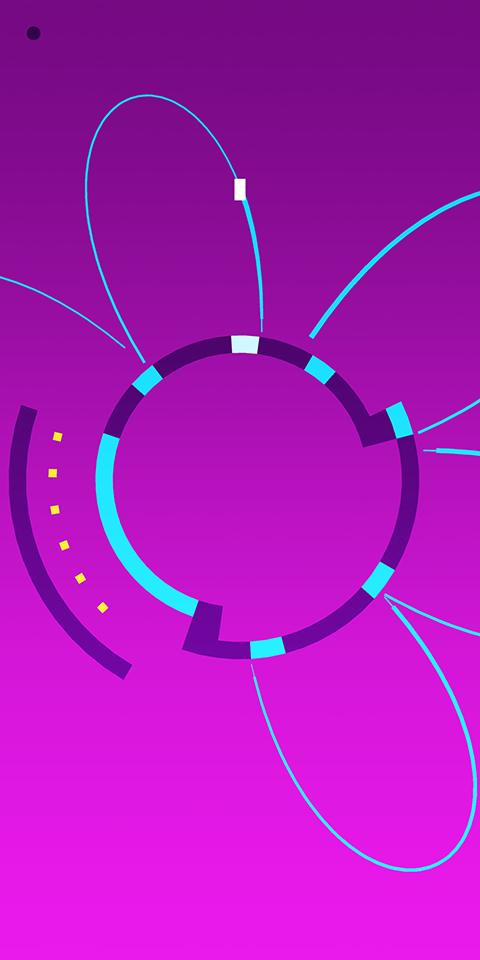 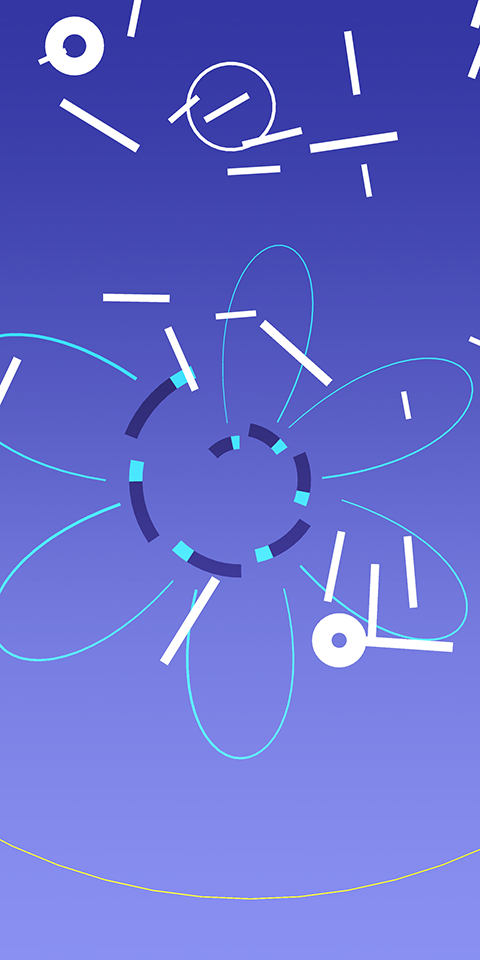 You move automatically around the abstract stage with nothing but gravity keeping you grounded. You can’t stop, and the only way to turn is by bashing into a solid object. That’s both a blessing and a curse you’ll want to embrace. If you overshoot a jump and need to turn around, you’ll have to look for something to bounce off first – and that’s really going to eat into your final clear time.

Things start out nice and simple. A quick hop here and there will be more than enough in most cases. But the welcome change with OCO is how each stage is about as clear-cut as the last. Rather than layering new mechanics until things get too demanding for your mid-afternoon gaming break, OCO swaps out each major mechanic for something new with each named world. You’ll need more and more points to unlock them, but you’re free to jump straight from World 1 to World 5 if the idea of “Warp" catches your fancy. You’ll obviously still need to jump and bounce in almost every stage, but you’ll be manipulating warp pads in one world and making use of speed boosting terrain in another.

Having a bit of trouble on a stage? You’re welcome to spend your points on perfect solution hints, but your tiny jumps and massive leaps leave trails behind that aren’t just for show. They’re a great method of visual feedback that can be used to identify unoptimized jumps. Learn by doing, as they say. And if you’re left feeling smarter when you’re all done with the main game, there’s a built-in level editor for you to puzzle your friends (or strangers) with – and there’s already a bunch of custom stages to access from the get-go, but you’ll have to part with your points to access all but the public’s newest creations.

One of the first things you’ll notice when firing up OCO is that it almost demands you use headphones. It doesn’t outright say it’s the “true experience", but it’s the same kind of humble request a horror game like Amnesia or even those mega-popular ASMR videos want from you – to have all of its artistic endeavors enjoyed as one whole being. While I wouldn’t say it’s absolutely necessary, the gentle beats derived from each tiny action goes hand-in-hand with the spirograph-style image you end up with at the culmination of each stage. It’s like a tame version of the PixelJunk Eden soundtrack.

What I love the most about OCO is how it gets you to underestimate each stage. You get a chance to survey the stage before it drops you into a set starting position, but it’s rarely enough for you to completely master the level in your first run despite how simple and inviting it might look. There’s nearly always a better, faster, more efficient route through each level.

OCO is almost always smarter than you, but it lures you in with its unintimidating soft colors and gradients, round edges, and simple shapes. You don’t need to perfect each stage to move onto the next, but the way it only presents the Perfect Time and Perfect Tap goals after your first clear is a great way to let you go at your own pace rather than stressing you right out of the gate with a true challenge. We’re working hard enough in life as it is, and OCO doesn’t want to bog you down with expectations like your condescending boss. Thanks, buddy. I needed that reprieve.

And what a reprieve it is. OCO isn’t going to give Animal Crossing a run for its temper-quelling money or replace that book of slightly damp sudoku puzzles by the john, but leaving it on your phone’s multitasking list for a quick poke while waiting for the kettle to boil isn’t such a stretch. Each level is presented as a bite-sized chunk that’s easy to swallow, and the only thing that might get in the way of the VCR-style Play button moving you to the next stage is a 30-second ad for a clicker game that is a much bigger waste of time than any of OCO’s gloriously addictive and intelligent puzzles.