Atari just released a big update for Rollercoaster Tycoon Touch (Free) to celebrate the second anniversary. This update includes loads of new content and features including social ones like a new friend code system and more. Originally released in February 2017 worldwide, Rollercoaster Tycoon Touch has now crossed 22 million downloads on the App Store and Google Play. Watch the video celebrating 2 years below:

Friend Codes are the highlight of this update because you don’t need to be friends on Facebook anymore for social interaction in game. The update also increases the level cap from 100 to 999. The best part about this increase is all the experience you gained above 100 will see you shoot up to the correct level now. The update also has a new scenario where you can’t remove any paths already placed. 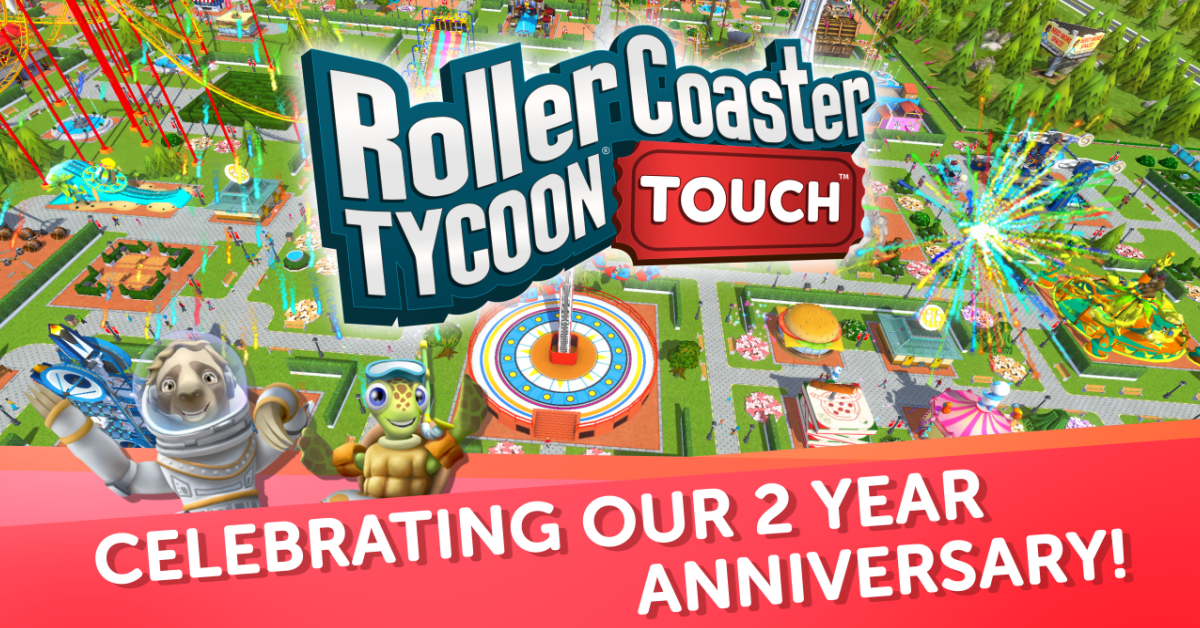