About a month ago, Radiangames announced a new game called Scorcher, an infinite “canyon racer" that’s a bit like a cave flyer where you’re racing from a top-down view while taking out deadly sand sharks and avoiding a gigantic sand worm in order to make it as far as possible. Scorcher shared some similarities with Radian’s other previously announced title Speed Demons, but was meant to be a mechanically simpler game with a much shorter development cycle. It was originally planned to launch on February 14th, but obviously that day has come and gone with no Scorcher in sight. So wassup with that? Well, through a couple of different blog posts this month, Radiangames has detailed what’s going on with Scorcher.

First, a blog post from February 8th details how Scorcher has expanded in scope from its original vision. Jumping has been added so instead of simply steering your vehicle you’ll now also need to watch out for land mines and jump over them safely. Then there’s the more significant addition which is an entirely new game mode. It’s called Behemoth Mode and is named after the game’s giant sand worm creature, and this mode actually lets you PLAY as the Behemoth, basically flipping the script of the regular mode, now officially called Scorcher Mode. It’s not a one-to-one flip though as Behemoth Mode isn’t endless and is instead timed to just two minutes. In those two minutes your job will be to take out as many sand sharks and mines as possible, and here you can also bump into the canyon walls which will slow you down but not cause the game to end as it would in Scorcher Mode. With these additions Radiangames is actually bumping up the price of Scorcher from its originally planned $1.99 to $2.99. 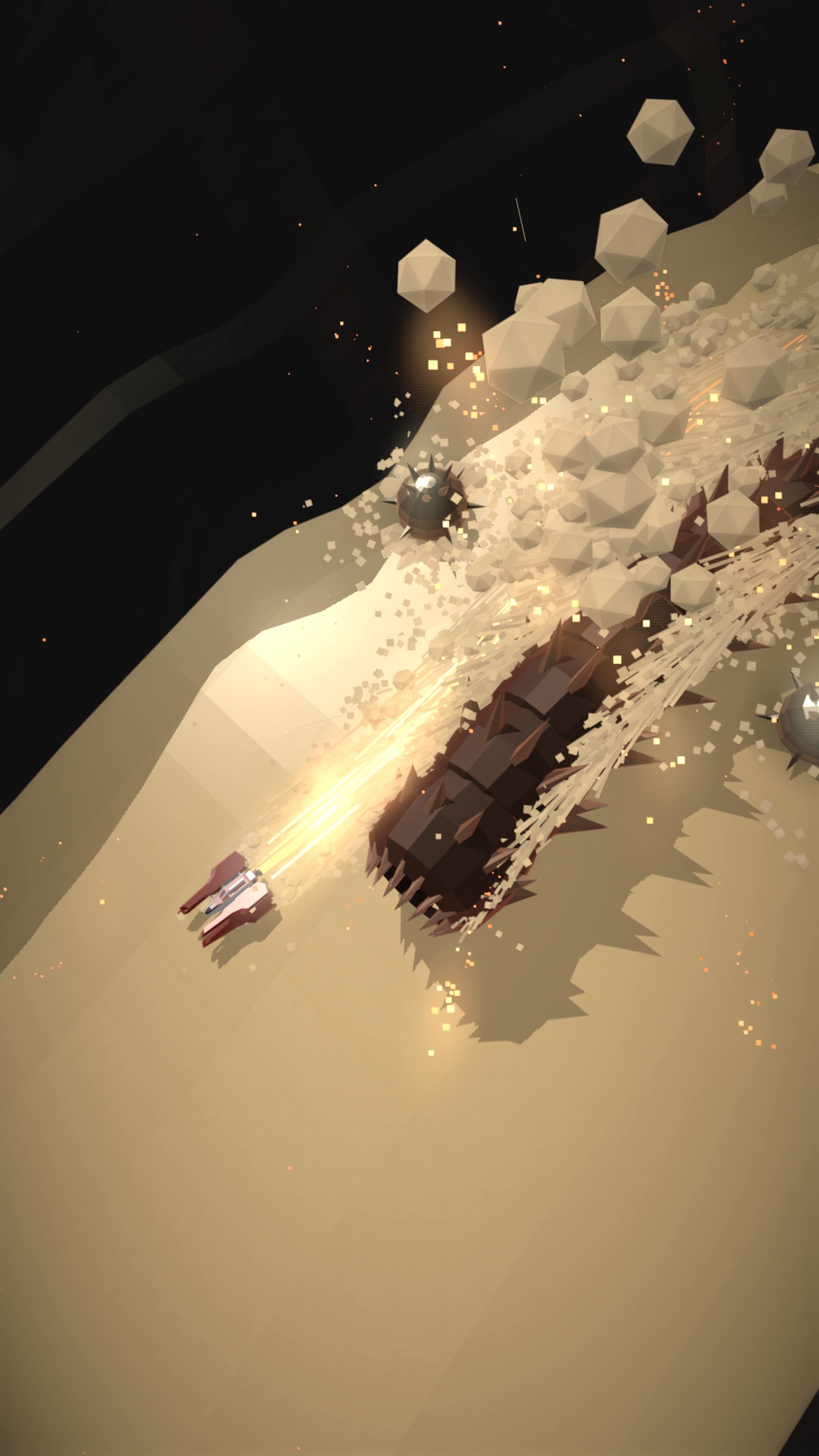 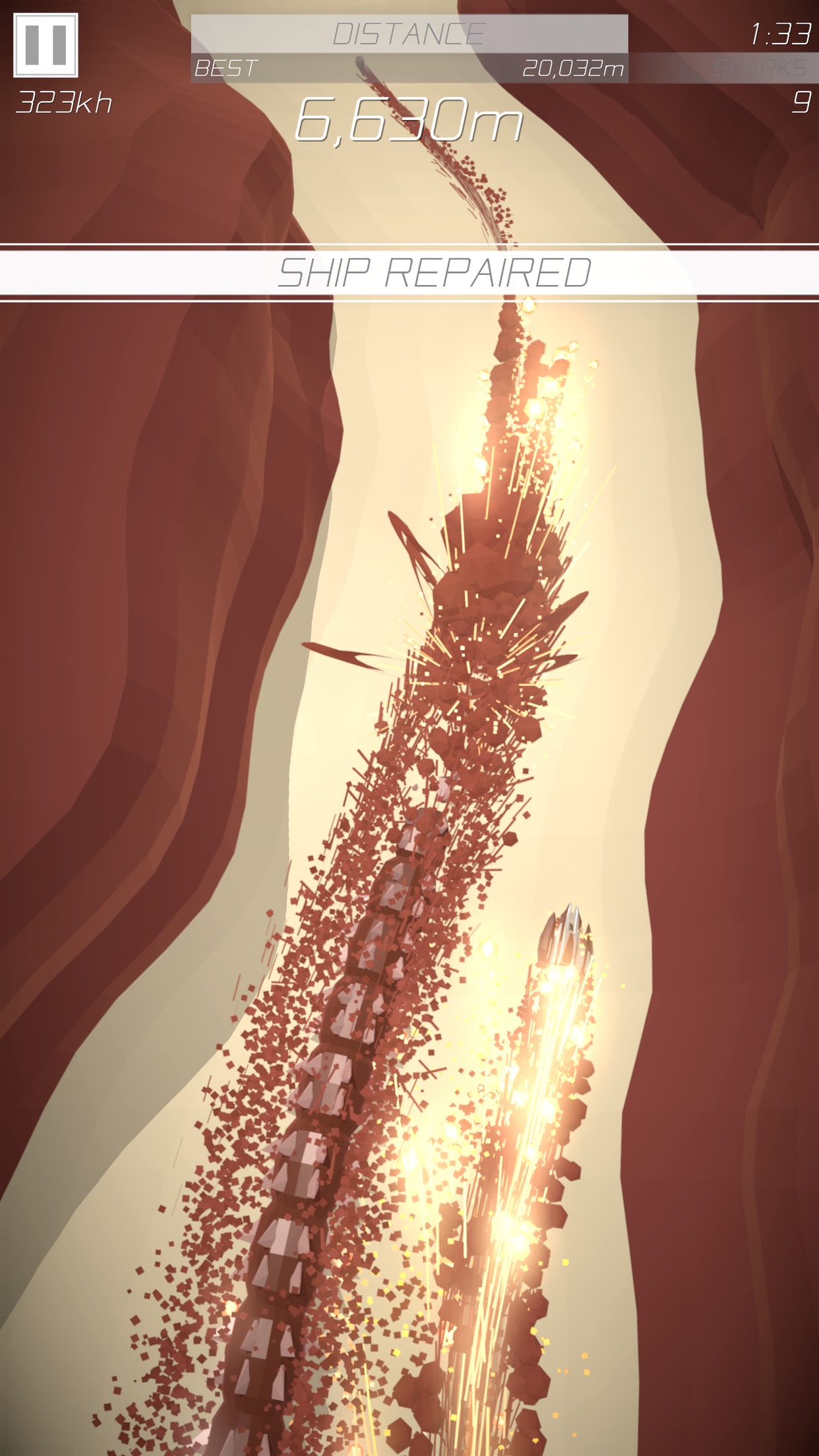 So now about that release date. Obviously Scorcher was shooting for release on February 14th but even with those changes listed above that date was looking like it might be in jeopardy. Then several events happened which really through the release plans out of whack. Radiangames details these in a blog post from just this past week, and while I won’t go into all the details here, it’s definitely interesting reading especially if you’re a developer yourself. Basically it boils down to some technical SNAFUs with submitting through the iTunes backend, but it sounds like everything is sorted out now and currently Radiangames is hoping that Scorcher will finally see the light of day on March 7th. It’s still not quite set in stone, but even if that date slips it’ll likely only be until the following week. Whenever it ends up being, I’m really excited to get my hands on this bigger and better version of Scorcher.