Galaga was a super successful arcade game and has seen multiple iterations across various platforms since it debuted back in 1981. It even has seen some presence on mobile platforms. If you played Super Smash Bros. Ultimate on the Switch, you probably got annoyed by the Galaga assist in the story mode. Today, Bandai Namco Entertainment Taiwan released Galaga Revenge (Free) for iOS and Android devices. We’re not super sure what to make of this release, as it seems to be published by a tiny wing of Bandai Namco, but released globally with no acknowledgement from Bandai Namco’s more prominent social network accounts.

Check out the trailer for it below:

Galaga Revenge is a free to play shoot em up with anime characters. The developers claimn this is an authentic sequel With classic arcade style gameplay. Having played it for a bit, I don’t really see that because this feels like a pretty generic shoot em up with in app purchases and there are loads of good shoot em ups on iOS and Android. Weirdly generic, in fact- To the point that we were hesitant to even post this story because we weren’t sure if this is a real Galaga game or not versus another Cuphead situation. 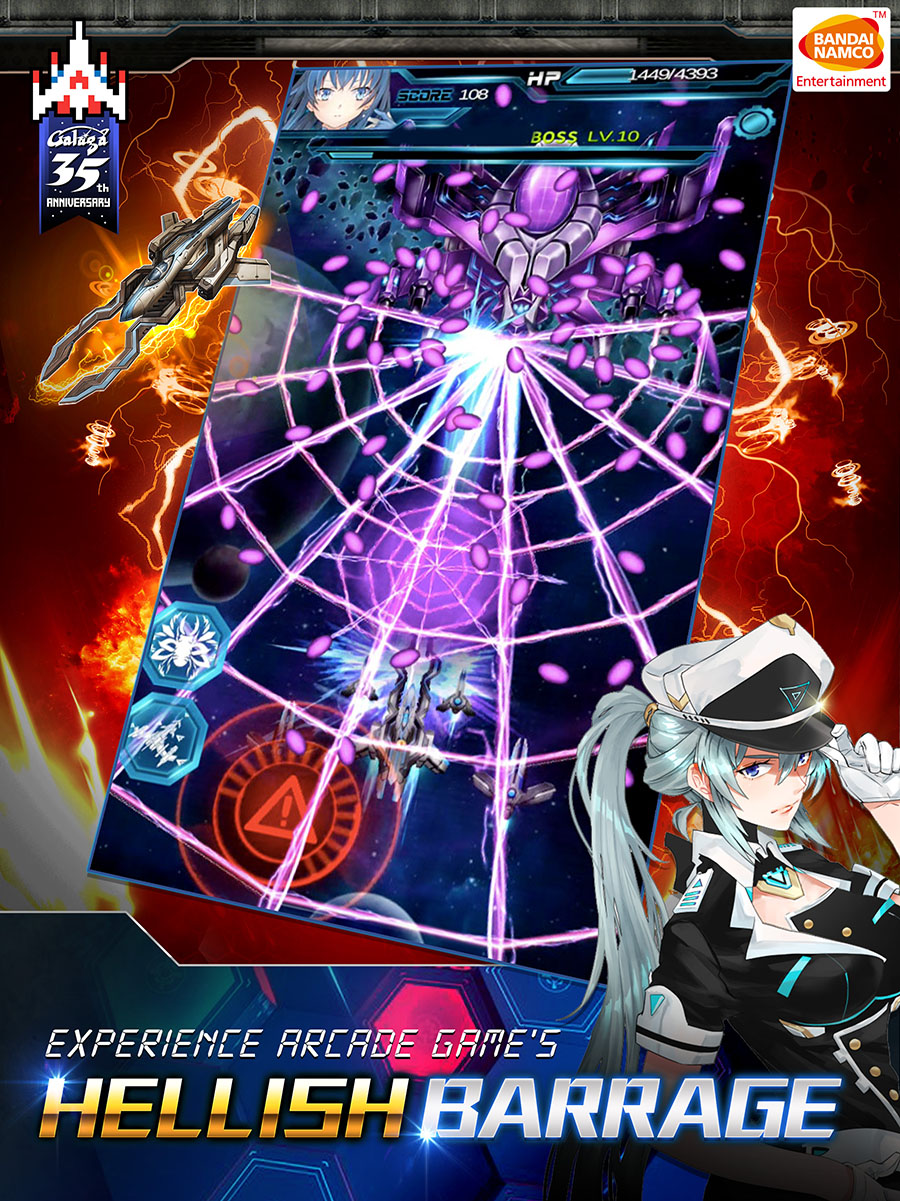 If you’re interested in checking it out, you can get Galaga Revenge on iOS or Android for free right now, or take a look at the official website here. It is always interesting seeing developers try and resurrect older brands for modern audiences, but I was hoping for a better release to celebrate the 35th anniversary of Galaga… Assuming of course this is an actual official game and not a weirdly high effort knock-off, of course.