Well everyone, the Hearthstone developers are really trolling us this time around, and I am pretty happy they are because the new troll-centered expansion, Rastakhan’s Rumble seems to be quite fun. And judging from my interview at BlizzCon 2018 today with designer Peter Whalen, Senior Game Designer, and Cat Morgan, Software Engineer, there’s a lot of genuine enthusiasm about the theme of the upcoming expansion.

For those who didn’t catch the announcement yesterday, Rastakhan’s Rumble will put players in the once-in-a-generation event to honor King Rastakhan, the god-king of the Zandalari trolls. To celebrate, trolls will try to take each other down in the Gurubashi Arena. This expansion will add a new key word, Overkill, and feels quite coherent thematically.

Both Peter and Cat are very excited about trolls, with Cat pointing out that trolls were a theme Hearthstone has been wanting to explore for quite some time but the time wasn’t right. Peter pointed out that the team wanted to do something that’s tied with what’s happening in World of Warcaft now (the Battle of Azeroth expansion is exploring the world of Rastakhan and his trolls), and that the theme of having the Loa have each their own teams was very cool. There will be common characters in Hearthstone and World of Warcraft, but we will also see characters unique to Hearthstone.

Peter talked about how powerful the theme is for this expansion, with the nine teams that derive their powers from the Loa, and how these powerful Legendary cards link up with the various spirit cards (like Spirit of the Shark). Having these different cards link up in powerful ways was, in terms of designing the expansion, one of the most challening aspects, since the developers needed cards that are cool on their own but are also extra cool when they work together. 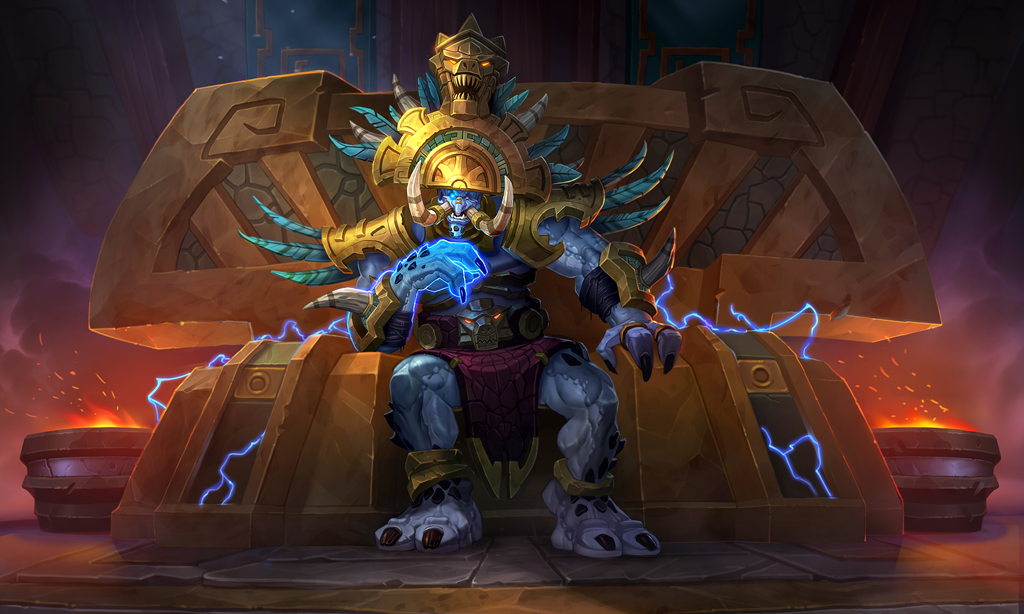 Cat talked about how spirits went through a lot of iterations, with the design team initially going with high health. Peter added that some of the early iterations included spirit cards  being 8-10 mana dormant cards you couldn’t get rid of, but that was very frustrating. Then they tried to turn them into Legendary creatures that didn’t die; instead, they went dormant when they died as if their spirit persisted. Mostly, they were impossible to remove, which made them a great idea that was very frustrating in action. Then they tried just giving them high health, but that wasn’t really fun either. The last iteration was giving them permanent stealth, but that didn’t work either, so they decided to give them one-turn stealth, which generally allows you to use the card for at least one turn but doesn’t become a pain to remove. Cat added that the one-turn stealth is great for those suspensful moments.

The design process behind Overkill was also quite interesting. Cat talked about how it echoes the theme of crushing your opponent and dealing all that excess damage. Peter pointed out that Overkill as an idea has been around for some time, even going as far back as Blackrock Mountain. In that iteration the excess damage went to the enemy hero, but that iteration wasn’t that exciting because it didn’t really change the way you played and makes it even less interesting. Then in Witchwood, Overkill was called Splatter, with the excess damage carrying to another minion, which was a fantastic name but the vibe didn’t work with the set and the random excess damage wasn’t that fun and made your opponent feel silly.

For this expansion, they had two main versions of Overkill, one where the amount of damage inflicted mattered and a binary one where you either triggered Overkill or you didn’t. In the first  version if let’s say you inflicted 8 damage on a 1/1 minion, you got 7 armor or drew 7 cards. The binary one ended up being more interesting because it set up more interesting moments and decisions. Overkill is a simple concept but is very interesting to play and pushes you to play the game in a way different than how you usually play since instead of trying to only inflict exact damage, you “waste” damage. Mage will have an easier time activating Overkill, but generally speaking when it comes to Overkill, it will be all about specific cards rather than specific classes using this mechanic more than others. 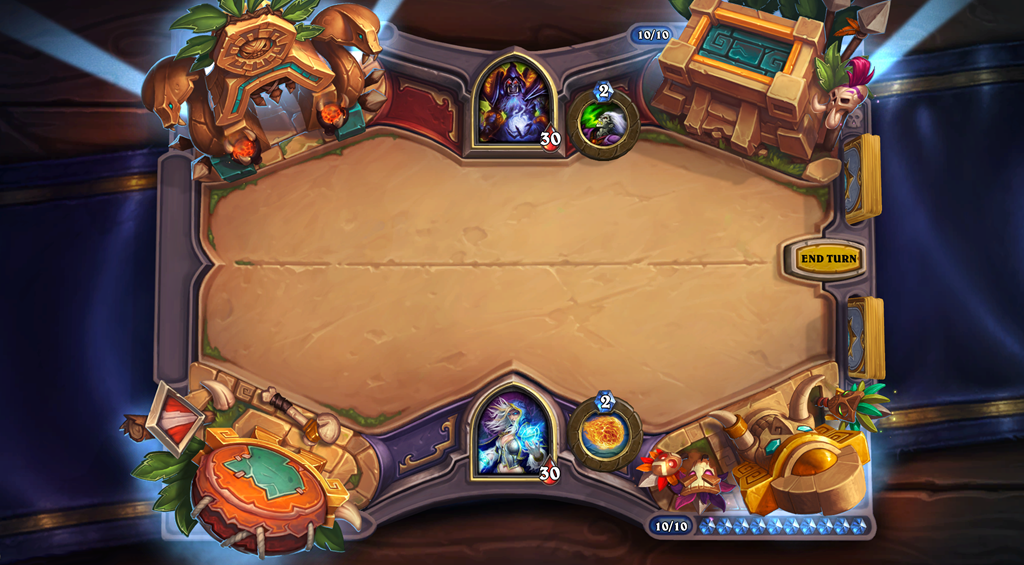 The Loa had an interesting design process behind them as well, with the design team going through the many Loa from the World of Warcraft lore to decide which ones would work the best with Hearthstone’s classes. Peter pointed out that they wanted to retain the Loa’s individual properties because that matched well with the various troll teams. So they kept the Loa different and let the spirit cards be similar but still tie into their Loa. Peter really likes Shirvallah, Cat likes the Rogue Loa, and they both seem to be really into Krag’wa and Akali. Jan’alai apparently has an amazing effect, but we haven’t seen that card yet so no more details there.

What Peter hopes this expansion does is add new decks and make old, unused cards usable again. And, of course, more Whizbang decks. Cat is excited to see new styles and new cards played in interesting ways, and is going for a Rogue Pirate deck once the expansion releases. Peter said he’s going for a Jan’alai Mage, which makes me even more curious about how that Loa will play. We ended the interview talking about the single player content, with Cat pointing out how the Rumble Run’s theme is great fun.

Overall, it was pretty clear to me that the developers are really excited about the theme, and I can see given its cohesion and focus on interesting synergies. The expansion releases December 4th and will add 135 cards to the game. The single player component, Rumble Run, will release December 13th. And if nothing else, this expansion offers countless opportunities for trolling puns, and who doesn’t love that?