When people are wading into the mobile gaming scene for the first time, they tend to look for analogues to the big console, PC, or dedicated handheld releases. To be honest, a lot of the times, there just isn’t really anything there that will scratch exactly the same itch, largely due to differences in the economics of each market. So no, there really isn’t anything that is just like Skyrim on iOS. But if what you’re looking for is a sprawling RPG with tons of quests, a huge area to traverse, plenty of NPCs and little details to bring the world alive, and an open-ended approach that lets you more or less chart your own way through the content, the best choice hands-down is The Quest ($7.99). 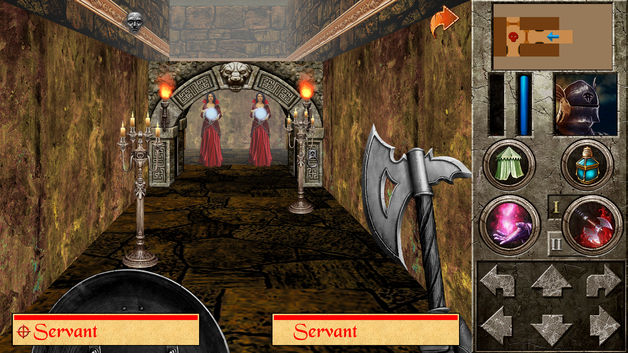 None of this is news to regular readers of TouchArcade, though. The Quest and its many expansions maintain a healthy following in our community, such that even with the base game being as big as it is and its expansions piling on tens of hours of added content, there are lots of RPG-loving mobile gamers around here that eagerly await each new expansion. Well, if you were looking for something to occupy your time this Hallowe’en, your chariot has arrived, friends. Caeworn Castle ($2.99), the latest adventure in The Quest, is now available on the App Store.

This adventure sees you exploring a castle haunted by ghosts, demons, and other nasty pieces of work. Behind it all are two feuding brothers and the lord of the castle, who happens to be their father. Suffice it to say, there’s something not quite right about this bunch, and it’s up to you to put matters to rest some way or another. This is high-level content, so don’t go waltzing in with a rookie adventurer or you’ll just become another ghost haunting its halls. 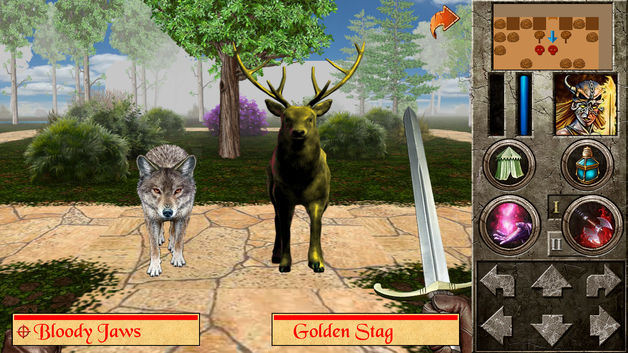 As usual, you can enjoy this content in one of two ways. First, you can simply buy the expansion and play it as a separate app. You’ll roll up a level-appropriate character and head right into the action. If you’re interested in the premise but haven’t played The Quest much, this is definitely the way to go. The content is aimed at a level 60 character, and getting one there through normal means is a bit of a long road. If, however, you have a strong enough character from your other adventures, you can buy the expansion, open up the main The Quest app, and activate it in there. Just talk to Captain Hanty at Mithria Harbor and you can choose to visit Caeworn Castle from there.

If you’ve enjoyed the other expansions Zarista has cooked up for The Quest, you’ll definitely enjoy the tough and thrilling journey through Caeworn Castle. If you’ve never played any of these games and love a good RPG, what the heck are you waiting for? You’ve got a bunch of amazing adventures ahead of you already, and with Caeworn Castle, that list just got bigger.