A week without a hero release is barely a worthwhile week at all. Thankfully, just that happened this week in Arena of Valor seemingly without warning. Annette arrives onto the battlefield today to spruce up the Support role.

With so many tanks coming before her, it feels good for Support players to finally get a fresh face to represent their want to help others. We’ll dive into her setup first and then get on with the rest of this week’s Arena of Valor Weekly Roundup. 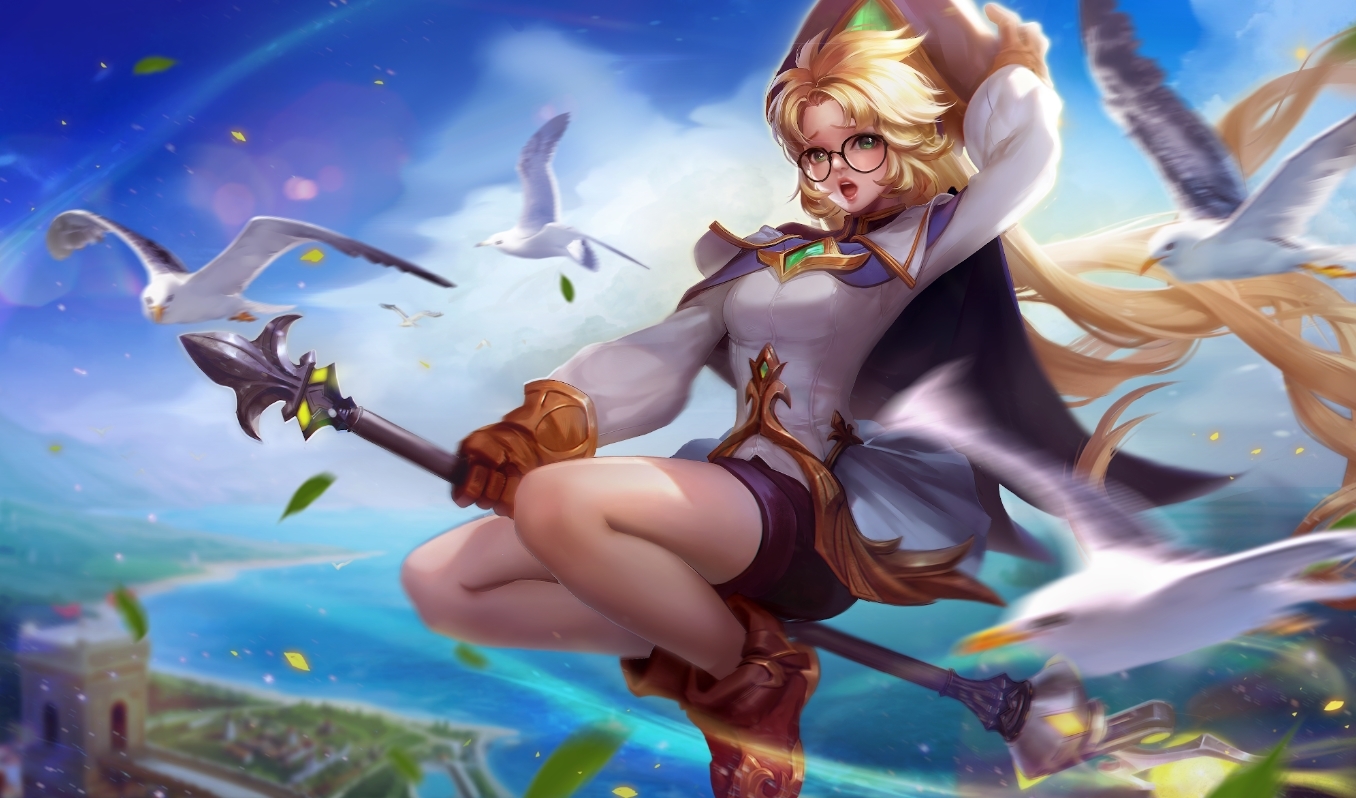 We talk about this with just about every new hero to enter Arena of Valor, but if you pay attention to the Asian version of Arena of Valor, or Honor of Kings as it’s sometimes known, you’ve likely seen the face of Annette before. She’s been available for awhile elsewhere in the world, but joins the ever-expanding worldwide roster this week while the east pushes ahead with even more fresh faces.

Annette fills the Support role of the game well thanks to a passive ability that automatically heals nearby allies when they drop below 70% HP. Annette builds stacks for every ability nearby allies cast, capping out at 15 stacks. The number of stacks she has dictates how big a heal her allies will get. The passive nature of this means allies won’t need to hope their Annette has the aim and reflexes to heal them – it’ll just happen.

Being a mage, too, means Annette can do far more than just heal her teammates. Her three active abilities can dish out some damage if comboed correctly. Annette’s skills fall into a crowd-control category with a secondary ability that pulls two enemies together, lining them up perfectly for a tornado she can drop from a distance that deals more damage to those caught in the centre. Her ultimate plays a similar role, but can also buff allies and fend off enemies in a pinch.

An Annette player will want to be with as many teammates as possible at all times to maximize her healing output, while being on the lookout for any opportunities to drop tornados on foes to pin them in place, or to knock advancing armies away if she suspects they’ll be too much to handle.

The brand-new character can be obtained through Vouchers or Gold right now, with an alternate skin available separately or as part of a Voucher bundle. You can try your luck with cheaper Annette chests, too.

While the Arena of Valor YouTube channel hasn’t exactly embraced the recent Nintendo Switch release, it has vastly accelerated its output of handy video guides. The channel published a few of these back in the early days of the mobile release, but struggled to follow up over time.

For whatever reason, that seems to have changed this week with the release of around 6 guides in the last 7 days focusing on various different aspects and strategies of particular characters. Some teach you how to play a character better, while others teach you how to counter popular picks. There’s even a combo tutorial for characters like Liliana who appear complicated on the surface but demonstrate high power potential when played correctly.

The latest of these focuses on items; particularly the Amulet of Longevity and how it bulks up Taara, one of trickiest tanks in the game to take down. It won’t do much for those looking for ways to combat the spin-to-win hammer-user, but will certainly help raise a new generation of Taara mains. Having a tank on the team is never a bad thing, after all.

If Tencent is serious about Arena of Valor Nintendo Switch Edition, they’ll look into pumping out Switch-specific guides and content given the drastically different gameplay the version sports. 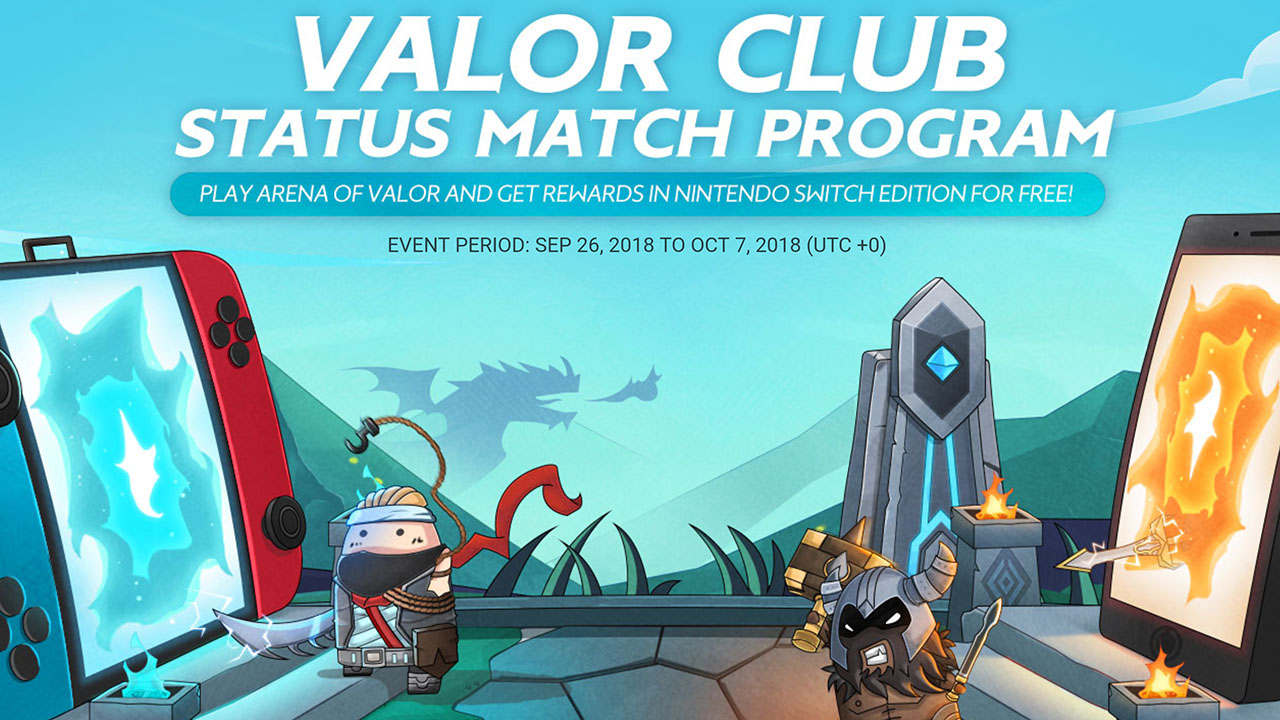 Speaking of the Arena of Valor Nintendo Switch Edition, this weekend is your last chance to secure stacks of in-game Gold by linking your mobile account to the Switch game. To do so, you’ll need to launch the Switch game and make note of your unique player ID. From there, log into the Mobile game, tap into the Announcements page and type that same Player ID into the box featured on the webpage should have launched up on your phone.

And that should be it.

Rewards are said to be distributed after the promotional period ends this Sunday. Gold is awarded for each hero unlocked on your Mobile account, with additional rewards like Gems and Skins issued for character unlock milestones. The rewards are only delivered to the Nintendo Switch version of the game, meaning this is more of an incentive to double up on your Arena of Valor gameplay or to help those looking to make a more permanent jump.

Given the lack of mobile news this week, let’s ride the Arena of Valor Nintendo Switch Edition train as far as we can. To celebrate the release of the game on Nintendo’s platform, the development team took to Reddit to answer fan-submitted questions. The post ended up being on the Switch subreddit rather than the official Arena of Valor sub, so talks about high-level play were virtually non-existent.

Quick snippets to take away from the Q&A session include plans to release Nintendo Switch heroes on a weekly/bi-weekly basis similar to the mobile version. Expect skins in-between character releases, but don’t expect to see the DC heroes and villains any time soon. The developers refused to make any announcements about those particular characters, meaning there’s still every chance they’ll never make the jump.

Despite the frame drops and performance issues, video recording is expected to be enabled in the next few weeks. The team clarified that Arena of Valor Nintendo Switch Edition aims for 45fps at 1080p when docked, but confirmed that optimizations are always being looked into. No word on the option to drop visual quality for a more stable frame rate just yet.

And that’s about it, honestly. Nothing too exciting, but the Q&A was followed up with news of the Credibility System being suspended while the team looked into reports of server-side lag and game crashes. Simply put, you won’t be penalized when your game crashes until Tencent deems the issue resolves. Of course, that means AFK players and quitters will get off scot-free for now, too.