It’s not that difficult to spot potential sources of inspiration for Where Shadows Slumber ($2.99). You’d be forgiven if, at first glance, you mistook it for Monument Valley. It uses a similar perspective and shares quite a few mechanics with that popular hit. It also seems to draw from the classic Helsing’s Fire, using the manipulation of light and shadows as a core puzzle mechanic. It’s an odd marriage, but it does the job for the most part. Where Shadows Slumber also attempts to tell a story, one about the way things can change while obscured in shadow. It can be surprisingly dark and brutal at times, though it all feels a bit disjointed and rough on the whole and ultimately doesn’t mesh together in a satisfying way. 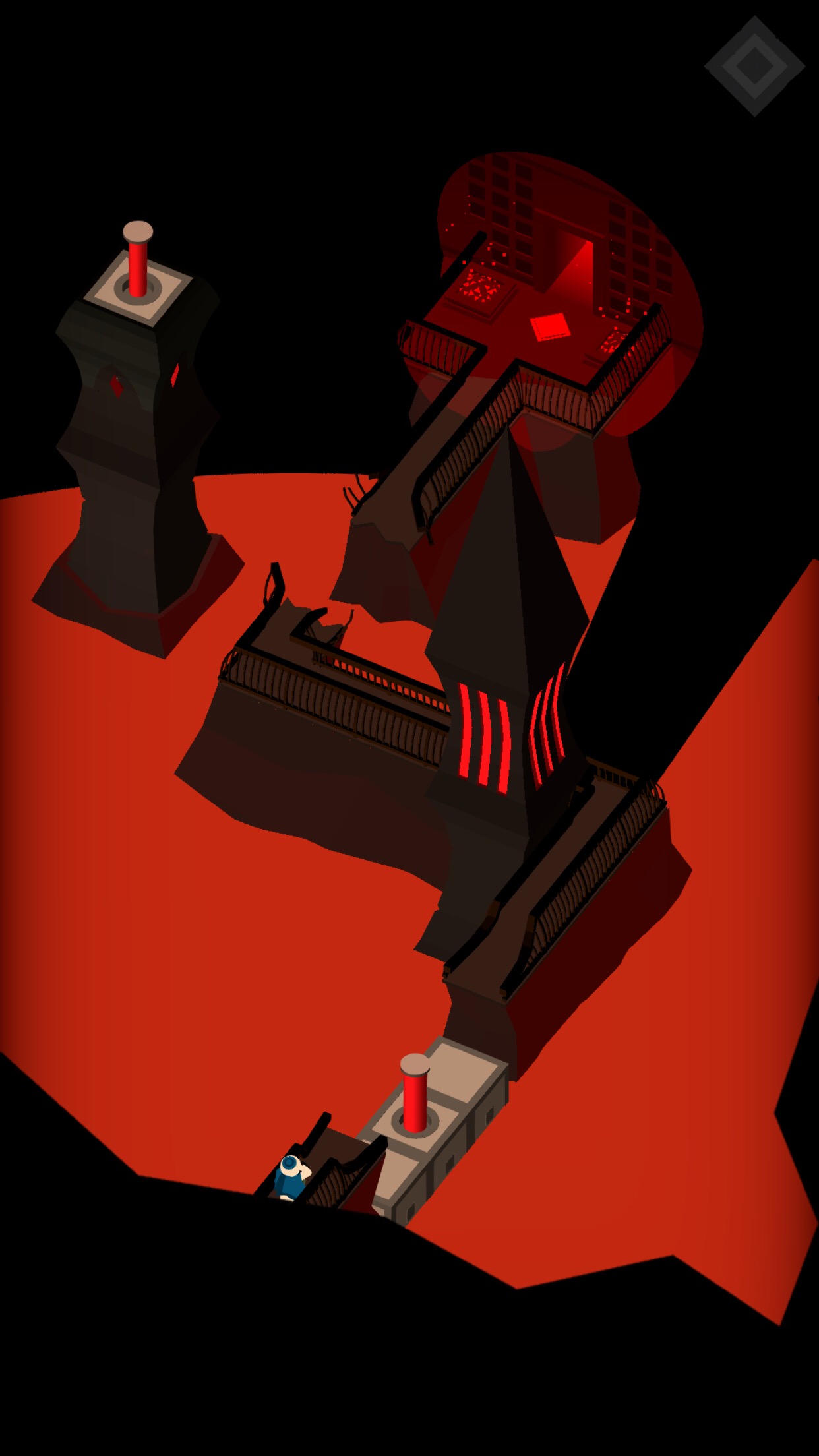 You play as an old fellow named Obe who is off on his final journey. Before he gets too far into it, he finds a lantern that apparently has some special properties. When Obe uses it to cast shadows, certain things around him change. That power is the key to moving forward in most levels, revealing switches, hidden paths, and even unseen entities. Obe will travel through several different areas, each consisting of five stages. You’ll occasionally get a little story segment that is more often than not both well-animated and somewhat confusing. The graphical variety is quite strong, with everything from hellish landscapes to quaint villages serving as the settings for your travails.

Obe can’t do much more than walk around, serve as a weight for switches, and shine his light. You’ll be able to manipulate certain objects in the environment, though you sometimes need to be standing on a particular switch to do that. Most of these objects are used to change the way your light shines on the environment, but some of them are used as good old-fashioned paperweights or methods of transportation as well. Generally speaking, the first thing you’ll want to do when you enter a level is to shine your light around and see what the shadows reveal. Sometimes it’ll be something subtle, like a switch or a single chunk of platform that bridges an otherwise impassable gap. In some levels, it’ll be like peeking into a whole other world. In either case, knowing what the shadows are hiding is vital to finishing the level. 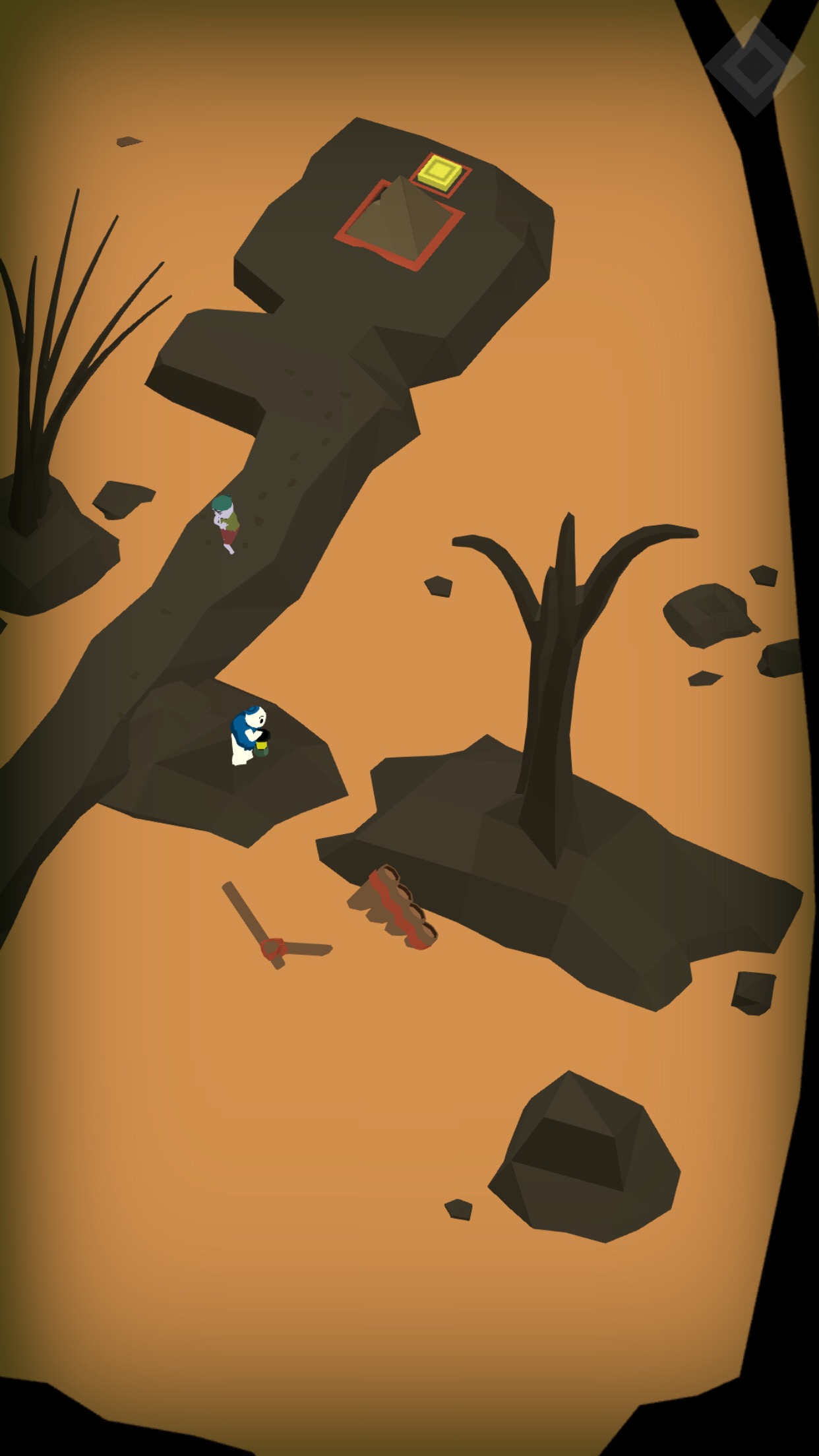 There are 35 stages in total, and each one typically takes a few minutes to clear once you’ve figured out what to do. There are a few that will take you a little bit longer, but a lot of that is contingent on whether or not you can pick up on what the puzzle actually is. Where Shadows Slumber presumes you’re already quite familiar with the puzzle genre on the whole, introducing types of puzzles that will not be explained or hinted at and will only be used for a single stage. There’s no slow build of challenge here, but rather a random scattershot of puzzle game tropes. On the one hand, it gives the game a lot of variety, but on the other, it makes for a somewhat weak experience since it doesn’t really expand on its concepts. Even the core gameplay element, manipulating shadows, doesn’t get more complex or interesting in the 30th stage than it was in the 3rd. The last stage hints at greater promise, but even it resorts to a gimmick that you’ve never seen before and may not even notice until you paw at the screen in frustration.

The game controls as you would expect, with you tapping the screen where you want Obe to move. You can double-tap to make Obe move quicker, which is a very nice feature that more games need to include. I pretty much always want my character to run in these kinds of games. Objects can be moved around by touching them and dragging them, though it sometimes takes a little jiggling to figure out exactly how they’re meant to work. Obe can be a little bit fiddly sometimes, moving when you’re trying to move an object, or going past where you meant him to go, with doors being a particular problem, but there’s not really any pressure to move quickly in the game, so it’s more of a mild annoyance than anything. Some of the movable objects express similarly fidgety controls, something that only causes serious irritation in stages where you’re trying to herd an NPC. 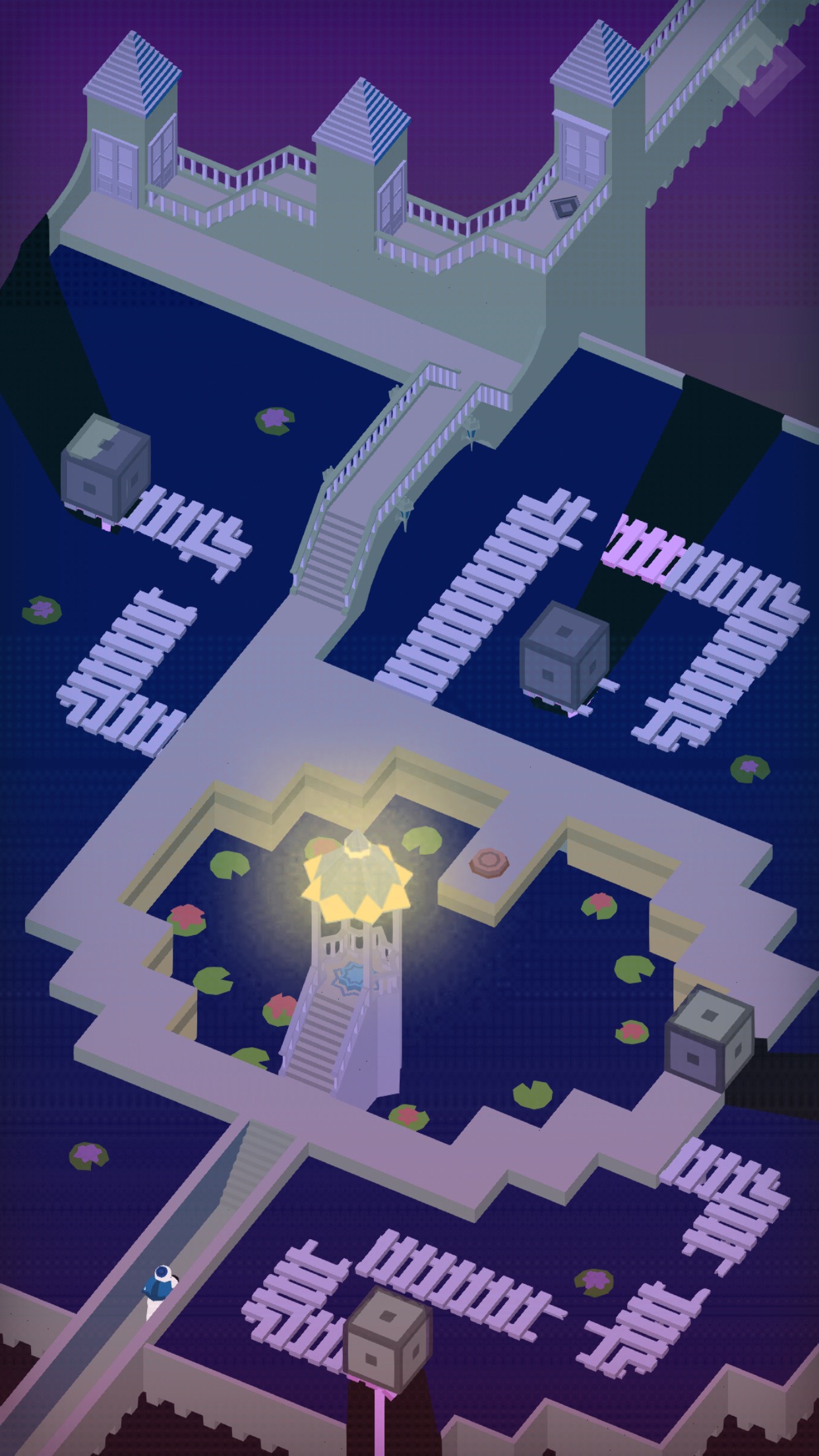 Where Shadows Slumber has a lot going for it. Early on in the game, it felt almost as magical as Monument Valley, albeit with a very different feel. Its more traditional style of puzzle design hinted at a game that offered greater mechanical satisfaction, as well. But as the game came to a close and the credits rolled, I couldn’t help but feel disappointed by the whole thing. It’s just a very inconsistent game all-around. Puzzle mechanics are introduced and tossed out with no warming up or expansion. The story seems to want to build towards a particular message, then waves it off in the ending. Sometimes you can ride movable objects, sometimes you can’t. Objects can sometimes be moved without standing on a switch, except when they can’t be. None of this hangs together as well as it should, outside of the presentation, which is consistently excellent.

That’s not even getting into the bugs, and my friends, this game has plenty. The title card for the stage will sometimes stick around, forcing you to restart the game. It has a nasty tendency to crash when you try to reset the stage, and I even sometimes had crashes occur when traveling through doors. The game auto-saves after every stage, but there aren’t any mid-stage saves, so having a crash occur that forces you to retrace your steps is a real possibility. Curiously, the game seemed to express more bugs when I played through it a second time. For a game that’s only a few hours long, the sheer number of times I had to hard-close the game and restart it really is baffling.

It’s unfortunate because Where Shadows Slumber gets a lot of things right. The pace is pretty good, the game looks and sounds great, and on an individual level some of the puzzles are fun to untangle. The games shines with potential, and that does take it a good distance. As such, I’d probably still recommend the game, even if I can’t do so as enthusiastically as I would have liked to. It’s buggy, the design feels inconsistent, and the story keels over at the last minute, but you may want to put up with all of that if only to get at the bits that work.