Trying to review a game without saying too much about it for fear of giving the game away isn’t the easiest thing in the world, and I realize that as I sit down to tell you all about That Company Game ($1.99). This game is as elusive as its title in that it’s hard to really understand what it’s all about without knowing, really, what it’s all about. But hey-ho, let’s give this a try, shall we?

So what can I say about The Company Game without spilling all of its secrets and thus ruining the game completely? Well, I can start by saying that the idea of using an iPhone as the window into another computer is nothing new in and of itself. We’ve been treated to some great games in the past, many of which have turned an iPhone into a portable terminal, asking gamers to interact with it directly as if it were a “real" computer. The Company Game makes a better fist of that than many of its contemporaries, asking gamers to solve puzzle after puzzle after puzzle, using their iPhone as the tool to do so. Again, it’s difficult to explain without giving the game’s secrets away, but expect to be fiddling with your iPhone in all manner of ways in an attempt to work out that one puzzle that’s been driving you insane for the last hour. Because once you get to a puzzle like that, there’s little chance you’re going to be able to put your iPhone down and walk away. 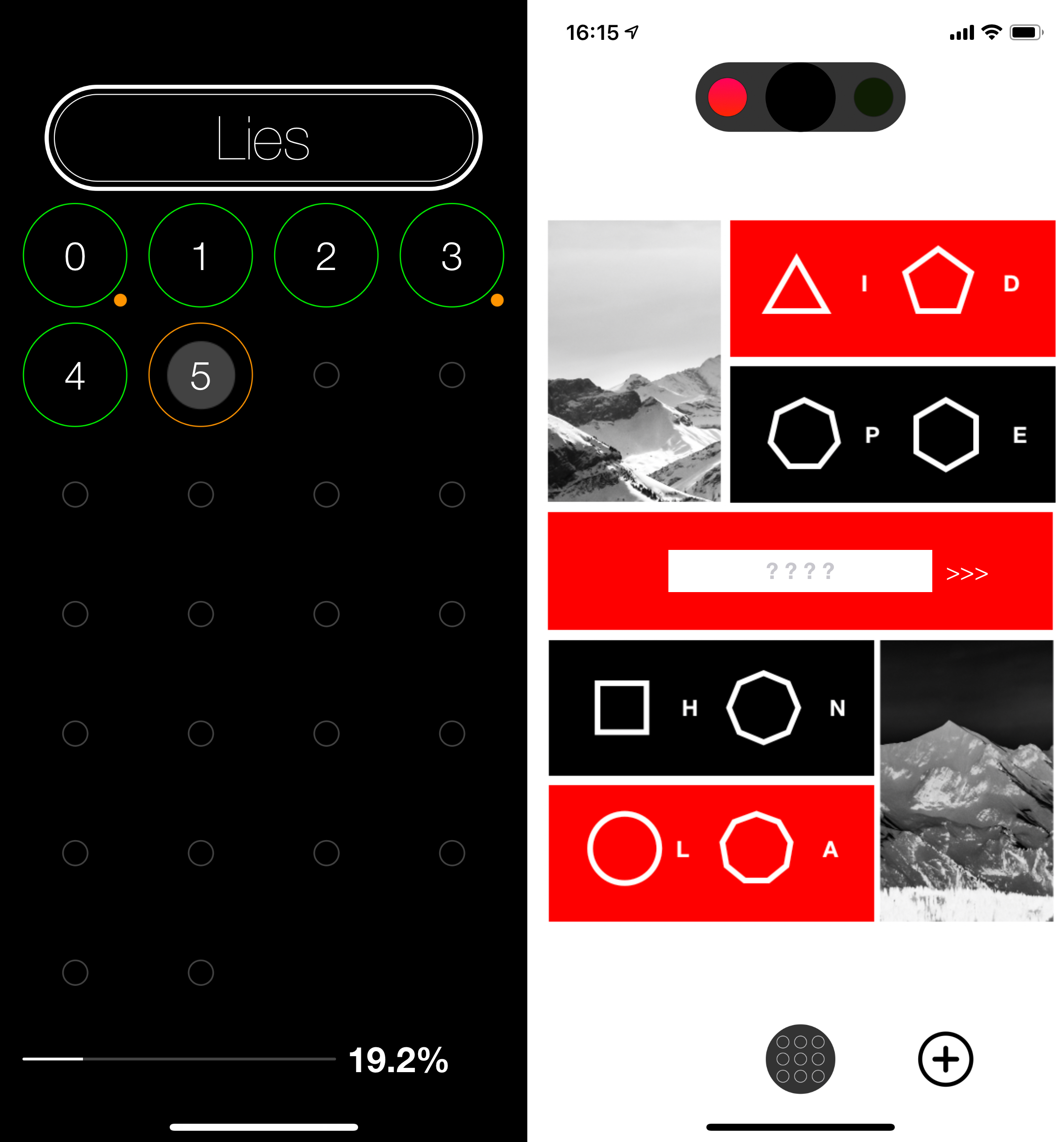 The whole premise of the game revolves around The Company which may or may not be evil. It’s your job to try and work that out based on information leaked to you by an informant alongside whatever you can glean from hacking the systems in play, largely by completing puzzles. No two of those puzzles are the same, meaning you’re likely going to get stuck more than a few times and in all honesty, I did. Lots. But that’s part of The Company Game‘s charm, assuming you can last long enough not to throw your iPhone through the nearest window – some of those puzzles are hard. If you persevere, however, you will definitely be rewarded.

Speaking of levels, there are 25 of them in total, each of which is unique as we just learned. Each is self-contained which really lends itself to the dip-in, dip-out gameplay that I’m a fan of on mobile. Given the level of frustration you may feel, that lends itself to giving you a break, too!

For all the myriad ways The Company Game uses your phone as a little box of tricks to be leveraged in the art of puzzle solving, there are still times where the phone isn’t used at all beyond acting as a touchscreen. These occasions can be doubly confusing because, especially if stuck, you can find yourself overcomplicating things because you’re looking for a weird or wonderful way to make something happen on-screen when in reality, all you need to do was stab at it with your meaty fingers. It may feel at times like the developer ran out of ideas, but that may be being overly harsh to a game that will delight more than it irritates or disappoints. That isn’t to say it’s perfect, because it is not, but it more than earns its $1.99 asking price.

When it comes to making a puzzle game feel like it isn’t just another match-three game or the like, there are few things developers can do without going too far. The Company Game arguably treads that tightrope just so, though at times I did wonder whether the puzzles were too obscure or if I was just not as smart as I thought I was! The Company Game will not be for everyone, of that there is absolutely no doubt, but if you’re a fan of smartphone puzzle games, want something a little bit different to the usual fare, and don’t mind having your blood pressure increase further than it really probably should, The Company Game should at the very least be on your radar.