Hello everyone! I’m RidiculousHat from the Coin Concede podcast and I’m here to give you this week’s Hearthstone Roundup.

So what happened this week?
Well, to be honest, we’re in a bit of a slow time for Hearthstone news – there isn’t a lot coming out of Team 5 (the Blizzard team responsible for developing the game) and the big focus is on tournaments in our new meta. Boomsday has been out for about a month and we’ve reached some level of stability in the metagame. Still, there are some happenings and we have some grade A tournament drama hot off the presses from this weekend’s HCT Asia-Pacific Season 2 Championship.

For those that don’t know, HCT stands for Hearthstone Championship Tour and there are three seasons along with qualifying tournaments for seasonal championships. The players at the tournament we’re going to talk about were fighting for a top 4 finish to qualify for the Fall seasonals, airfare, money, and Hearthstone glory.

Akumaker and Sequinox are two players with a history of high-level performance and they were playing from separate venues – Akumaker in Australia and Sequinox in Singapore. The two players are connected to the casters via Skype call from the computers at the local venues to get live information on players’ hands and reactions from the cameras. This is supposed to be one-way audio that is not heard by the players – and in addition, the players wear white noise earbuds inside the provided headsets to ensure no outside information makes it into the players’ ears. 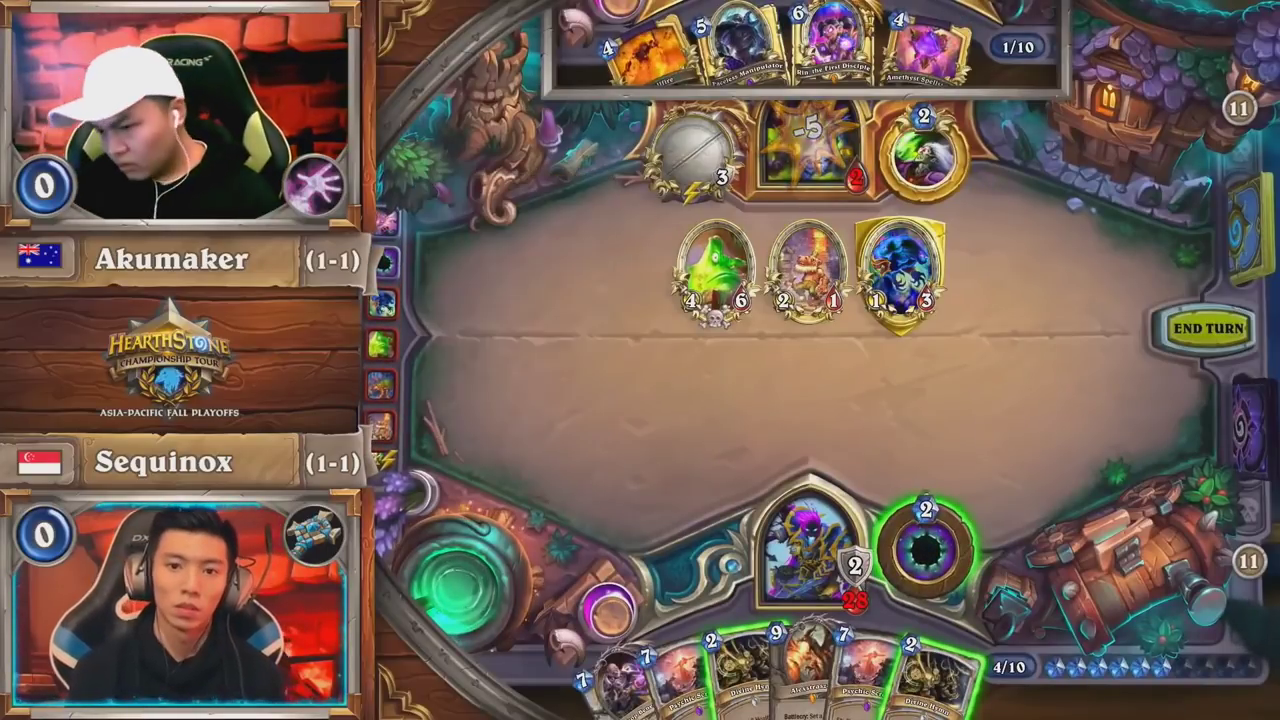 Sequinox queues up his Mind Blast Control Priest for game 1 while Akumaker has his Cube Warlock – generally a highly favored matchup for the Warlock. Sequinox ended up winning the unfavored match, but after game 1 there is a long wait. It was determined that the Skype call was actually using two-way audio and the headsets given to the players by the venues may have had the live caster audio discussing the game and players’ hands.

Akumaker was on camera visibly not wearing a headset, only using earbuds, while Sequinox was wearing both. During game 1, the administrator from Akumaker’s venue in Australia reported that the caster audio was playing out of the unused system headset and may also be audible to Sequinox at the Singapore venue.

The decision made after game 1 was finished was to replay the entire game and nullify the original score. Sequinox ended up losing the same matchup that he had previously won and was swept 3-0, losing out on a spot at the Season 2 champs – while Akumaker qualified and received his berth.

We’re not an opinion column so we’re not going to make a comment on the decision made. However, we will share one last piece of information – the attached picture is commentary from the Australian tournament admin in the twitch chat for the match as it was being played. 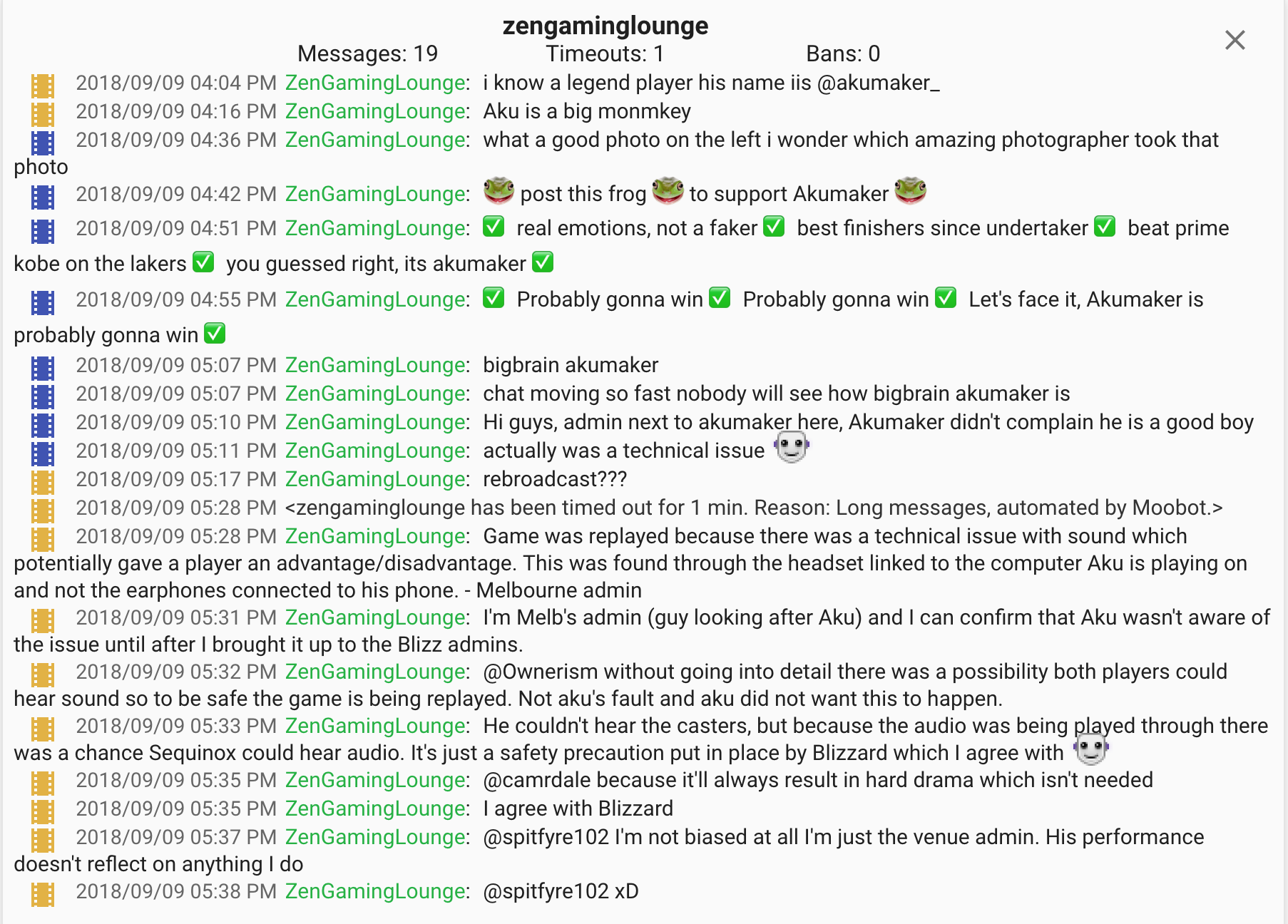 Information on this situation has slowed down, but we’ll keep you updated as more comes to light. It is anticipated that Blizzard will make an official statement soon.

That’s a lot of tournament info. What if I just want to hop on and play something competitive?
Well, that’s a reasonable thing to do. We did an aggressive deck last week… why not something a little bit slower? Feast your eyes on Even Warlock.

Now this deck is called “Even" because of the even/odd mechanic provided by Genn Greymane. This makes your hero power cost 1 mana instead of 2 – and the Warlock hero power “Life Tap" is extremely strong when you get to use it every turn. The most powerful synergy in this deck is when you get to go second, use life tap twice, and then play Mountain Giant as an 8/8 on turn 3! The deck is also great at making big Twilight Drakes and using the hero power to reduce its own life total, activating Hooked Reaver as a 7/7 with taunt for 4 mana.

The deck is typically very strong against aggressive strategies and surprisingly good against slower combo decks – a big reason to play Even Warlock is to beat Druids. Defile is a fantastic card against token-based strategies while a steady stream of mid-sized threats is great for keeping pressure on decks that try to survive until the late game to win like Malygos and Togwaggle Druids. Rogue is the achilles heel here and is not a great matchup no matter what kind of deck they are. 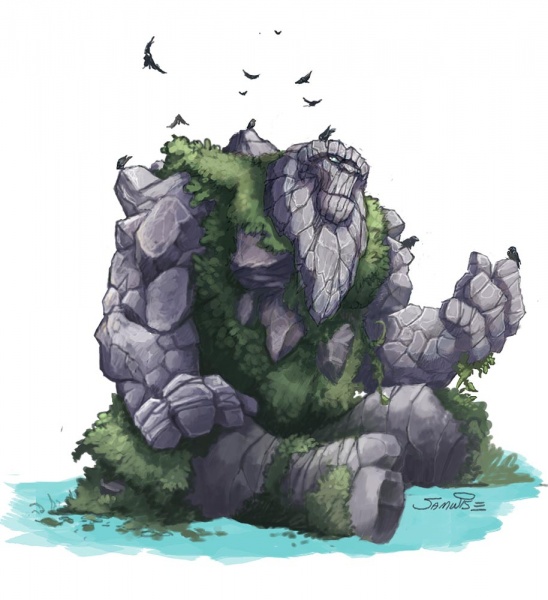 You’re almost always mulliganing for Mountain Giant and Twilight Drake more than anything. You’ll often keep your two mana minions like Vulgar Homunculus and Plated Beetle as well, especially against aggressive classes like Rogue, Paladin, and even Hunter. Your general game plan is to tap early and tap often while developing consistent threats – the deck might look like control, but almost always you want to play your minions and attack your opponent in large chunks once you’ve stabilized and can’t be killed by the minions left on the board.

In the late game, you’ll be able to play powerful cards like The Lich King and the incredible Bloodreaver Gul’Dan, getting back a horde of demons and a hero power that should end the game by itself. All told, it’s a very competitive strategy.

Is there a budget option?
Well… it’s kind of hard to make this deck budget – it’s doable, but you’ll need Genn Greymane for sure and it’s not worth playing without Bloodreaver Gul’Dan. The Lich King is great and fits into many decks, but can be replaced along with two of the epics (Mossy Horror and Skulking Geist) with two Bonemares and a second Dread Infernal to keep some late-game oomph. 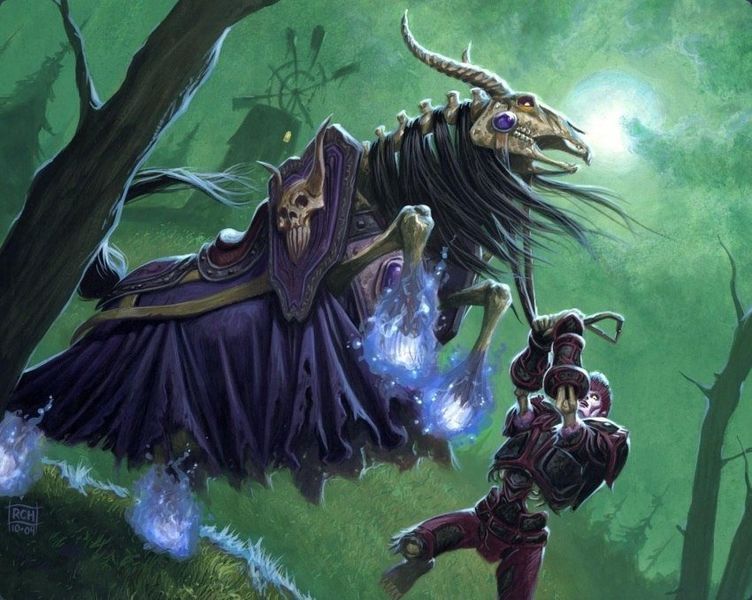 What about wacky instead of competitive?
Wacky, you say? Feast your eyes on this!

Velen and Malygos work very well together to make your direct damage spells enormous, and Radiant Elementals work well to make them cost less so you can play Zerek’s together with a bunch of spells to make a powerful combination.

There’s a lot of other things you can do with the deck – using cards like Shadow Essence and Eternal Servitude to summon big monsters again and again is very strong. I have no idea how to play the deck, but my friend wickedgood sent me this clip earlier today… seems like fun to me!

Where do you get your info?
As stated last week (and every week), check out the below sources of info.

If you only have time to check out one place, it should be the weekly Vicious Syndicate meta report, which can be found here.

What have you been playing?
I’ve been running Revive’s e ven shaman!

I’ve always been fond of Even Shaman and this build is surprisingly heavy – there’s lots of big stuff! Against controlling decks, totem every turn, play about two threats from your hand, and just attack without playing anything more. You’ll be surprised with how much sustainability your deck has.