One of the best ways you can support TouchArcade is by doing your Amazon shopping through a TouchArcade affiliate link. We’ve set up the easy to remember toucharcade.com/amazon too if you want to type that in or bookmark it. We get a small percentage of anything you buy through any of these links, which otherwise would just go to financing Jeff Bezos’s rotary dial cell phones or whatever else he’s up to now, and it goes a long way to supporting the site at no additional cost to you. These Amazon Items of the Day articles are all products we have used ourselves, and feel are things that the TouchArcade audience might be interested in! 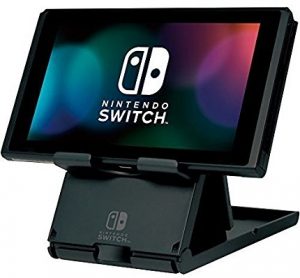 As much as I love my Nintendo Switch, the entire system has one super-stupid design flaw: The only charging port is on the bottom of the device. One of the primary features of the Switch is your ability to remove both controllers, extend the build-in kickstand, and play Mario Kart two player until the cows come home. I typically play my Switch in portable mode, so I’m regularly thrashing the battery by myself. In the situations I’ve been in where someone wants to play two player, I’m often way below 50% battery before we even get started.

By myself, this is no problem as I carry this USB-C battery with me which extends my play time through … well, more than enough for an entire day. When I’m playing by myself, it’s super simple to just plug a USB-C cable in the bottom and keep on going. Two player, with the kickstand? I’ve had to get real creative with making stands out of plastic cups and other dumb things until I discovered the HORI Compact Playstand. Originally, I just picked one up because it solved this silly problem, but in actually using it I’ve found that the adjustable angles puts the Switch at a way more comfortable viewing angle for two people to play something. 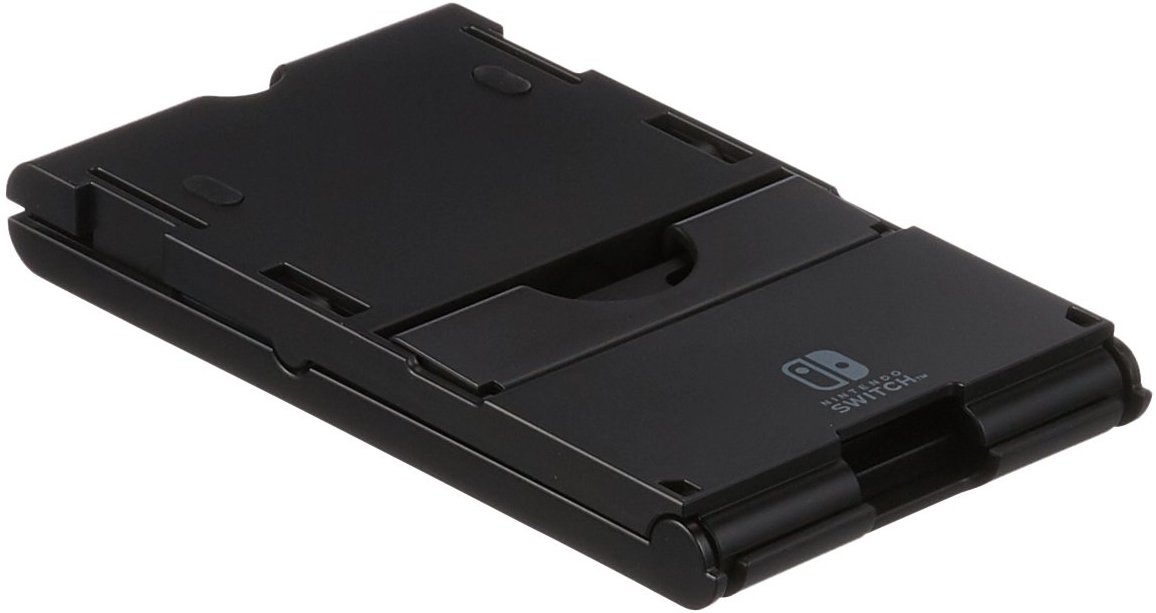 For the above reasons, the HORI Compact Playstand basically lives in my backpack, but on a recent flight I discovered another great use for it- I don’t know if I’m beginning to get some sort of carpal tunnel or if this is just a side effect of how absurdly uncomfortable economy air travel is, but the posture I need to sit at to hold my Switch on planes gets super annoying for long flights out to the west coast. I figured, “I’ll just take the joycons off and use the kickstand." Problem there is the Switch is held at such a severe angle that you really just can’t see it. With the HORI Compact Playstand, you can open it up all the way and have it at a real shallow angle which creates the perfect economy seat tray table viewing angle.

Semi-recently Amazon has also released the AmazonBasics Playstand for Nintendo Switch which looks slightly different and appears to have identical functionality for (as of this writing) a buck less. Given the supremely minimal price discrepancy, I’d say just pick up the HORI Compact Playstand. It’s made by HORI who have been making video game accessories for years, and it’s officially licensed by Nintendo. It’s got the Nintendo Switch logo on it too. Whether or not those things are worth a extra dollar is entirely up to you- but either of these are really good Switch accessories that honestly probably should have just came bundled in the box.