Welcome to your SwitchArcade Roundup for August 29th, 2018. This edition of the Roundup is mostly dedicated to all of the major news that surfaced from yesterday’s Nintendo Nindies Summer Showcase. We’re packing a lot of news into one Roundup for us to consume together, so I hope you had a light lunch!

First, though, let’s roll up and bounce around with our Game of the Day, a specially spotlighted one due to its discount ending tomorrow. 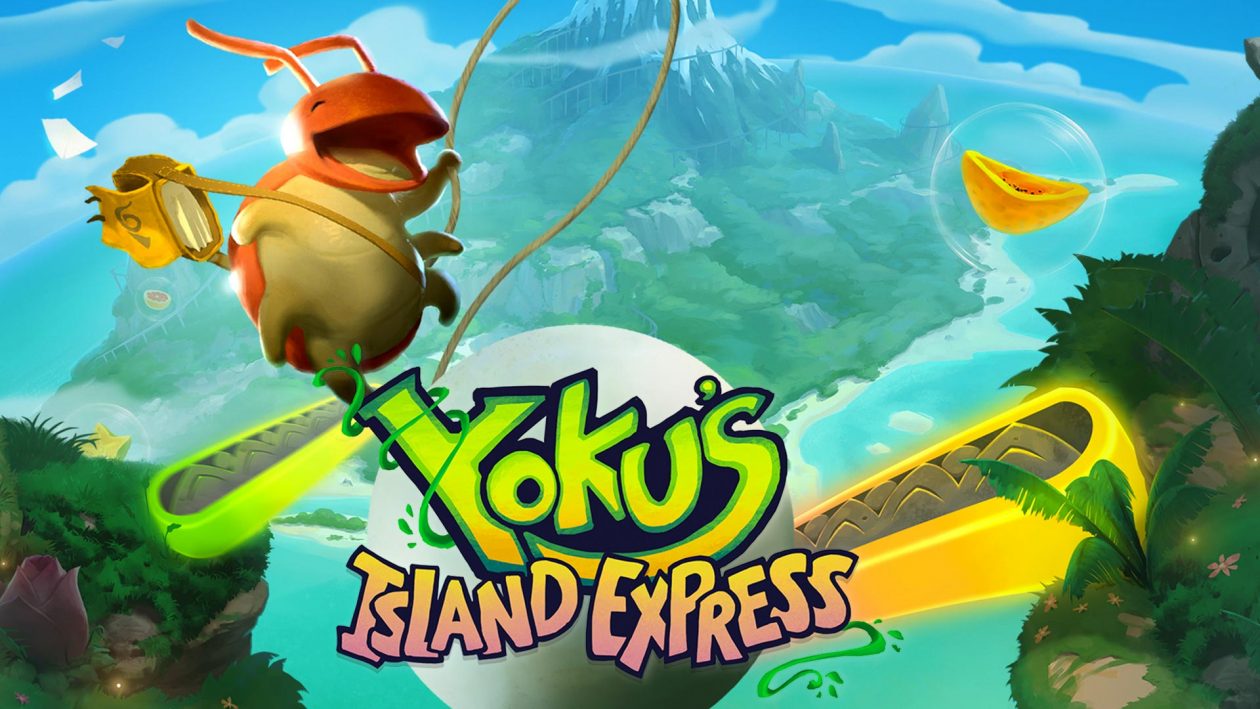 Some of the most ingenious ideas when it concerns originality in gaming come from independent developers. That might not be a surprising revelation or anything, but it stands true all the same. Take Villa Gorilla’s Yoku’s Island Express, for instance. It combines a Metroid-like structure with a pinball game to create one fantastic and fascinating adventure. 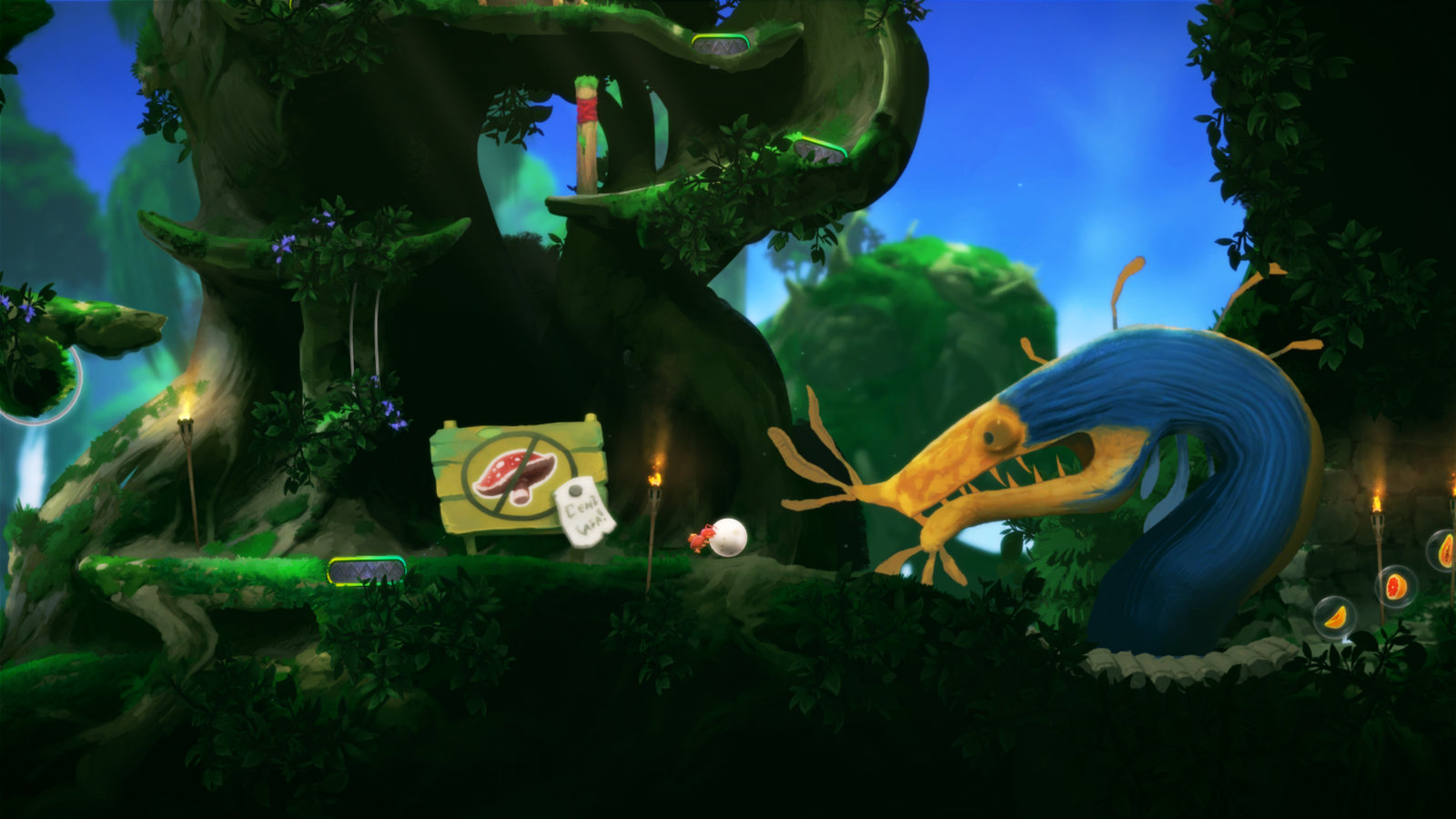 Yoku’s Island Express plays out in one large, expansive open world with various interconnected areas weaving together in numerous ways. Many of these have miniature pinball tables in them to complete in order to progress. Most of the time after completing a table, you can just unlock a shortcut that allows you to bypass it the next time you pass through the area. After all, backtracking is a big part of Metroid-style games, and Yoku’s Island Express is no different in this department. Having shortcuts available to you helps to alleviate some of the burden that is brought about by backtracking in this type of game. 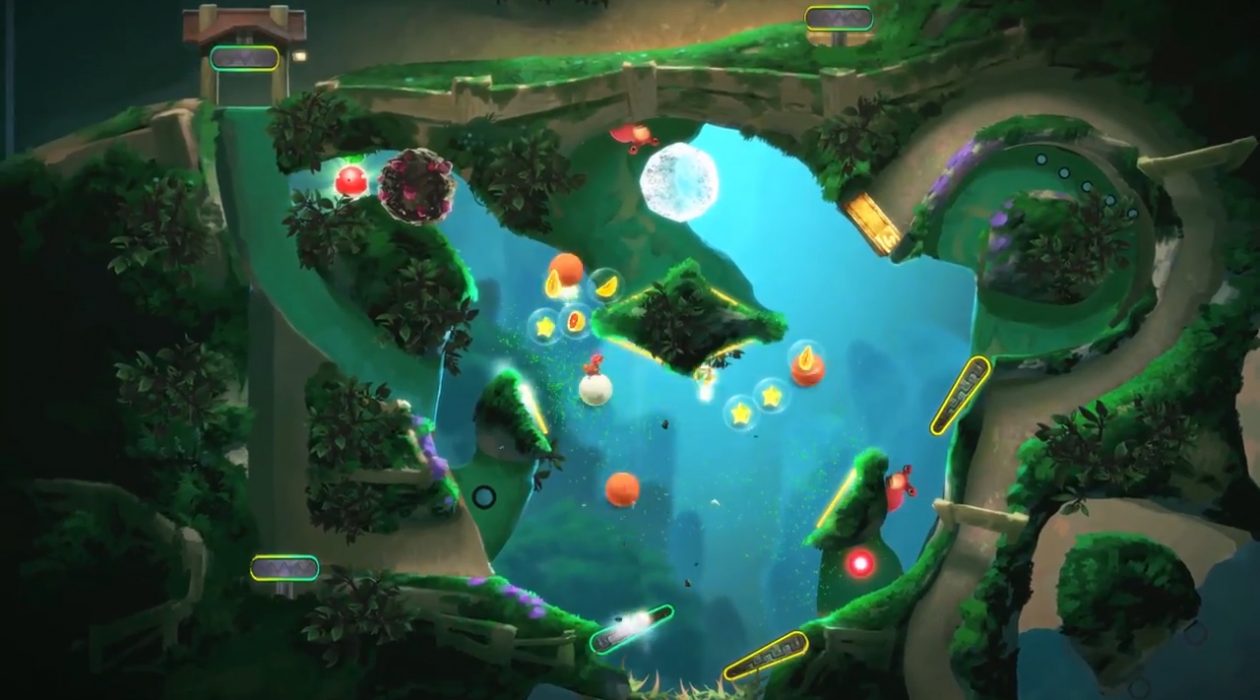 Yoku gains new abilities to reach new areas, and the world itself is covered with hidden things to find and secret collectibles to gather. The game wouldn’t be worth its weight in dung (Yoku is a dung beetle, so I made a funny there) if the world wasn’t enjoyable to explore and easy enough to do so. Thankfully, Yoku’s Island Express‘s world is a success in both regards. Backtracking can be sometimes be tedious as you sometimes HAVE to go through certain pinball tables to progress through previously visited areas, but the pinball physics themselves are aces. Everything works like you’d expect them to in a traditional pinball table. I mean, I suck at pinball in real life, and I sucked at it pretty much in Yoku’s Island Express. That’s realism. The only difference here is that Yoku’s Island Express wasn’t overly frustrating due to the penalty for falling between flippers merely being losing some currency instead of getting a game over. 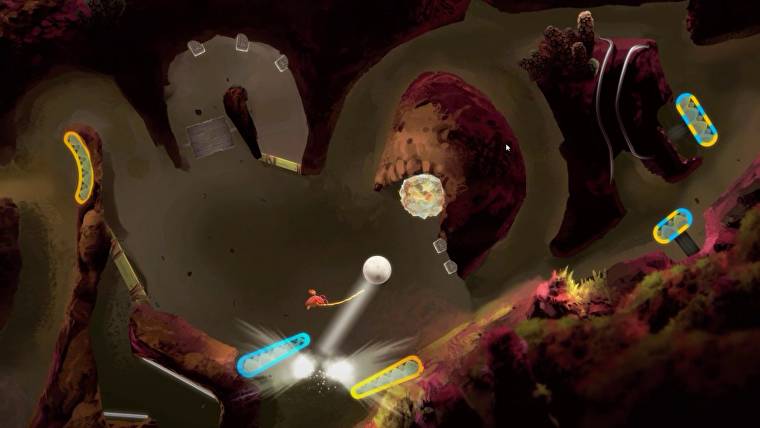 For certain I wanted to spotlight Yoku’s Island Express while it was still on sale, and the discount expires tomorrow. Not a fan of pinball entirely? Well, I’m not the biggest fan either, but the pinball gameplay is implemented in such a way in Yoku’s Island Express that I found myself addicted to it. I loved exploring the world by rolling along, bouncing off flippers to reach new heights, and discovering hidden alcoves filled with treasure. Yoku’s Island Express is much more than a game about pinball, it’s a game that is a pinball adventure, and one that I highly recommend.

The Onimusha series returns in remastered form, and it’s coming to the Switch

Capcom’s fixed camera action samurai series Onimusha is coming back from a lengthy hibernation, and fans can enjoy playing the original game for the very first time on a Nintendo platform (though it’s not the first time the series has been on a Nintendo platform, as Onimusha Tactics was a Game Boy Advance release). Onimusha: Warlords surprisingly revealed itself out of nowhere by Capcom like a samurai from the shadows, and it’s indeed coming to the Switch. Though the Western release of the Switch version will only be available digitally (which mildly stinks for lovers of physical copies like myself), we won’t have to wait too long to hack, slash, and cut demons to shreds when this HD remaster launches on January 15th, 2019.

After the launch of previous DLC in the forms of Plague of Shadows and Specter of Torment, and the upcoming King of Cards DLC, one last package of DLC has been announced for the indie sensation from Yacht Club Games, Shovel Knight. The title of the DLC, Shovel Knight Showdown takes the game to uncharted territory–competitive multiplayer for up to four players locally.

It’s set as a 2D brawler within various arenas re-imagined from the Shovel Knight series. Included are a multitude of familiar faces from the Shovel Knight mythos, including many that have never been playable as yet. For those who already own Shovel Knight: Treasure Trove, this multiplayer update will be absolutely free. For everyone else, the game will be available as a separate eShop purchase for anyone who just wants to do battle in the world of Shovel Knight without the need of owning the rest of the package. IGN has the first gameplay footage of Shovel Knight Showdown–all ten minutes of it–for you to enjoy.

If you have any fascination with the Jet Set Radio franchise, then listen up! Well, in this case since this is in written form, read up! Hover: Revolt of Gamers is a game that I’ve been anticipating for a loooong time, ever since its Steam announcement. Now, the game, shortened to Hover, gets ready to ride on the Switch on September 19th. Offering an open world to explore, perform tricks, and just all in all have a blast either alone or in multiplayer, Hover seems to scratch that Jet Set Radio itch I’ve been wanting to have scratched for over a decade now.

On its blog, Supergiant Games has revealed that both Bastion and Transistor will arrive on the Nintendo Switch, and not just that–but that they will arrive very soon. Bastion is set to release on September 13th while Transistor will launch less than two months later on November 1st. Both action RPGs were well received when they released on other platforms, so it’s really exciting to see them arrive on the Switch. “The more prestigious games on the Switch, the better," I always say… starting, y’know, one second ago!

The wildly popular party game featuring bow and arrow combat, Towerfall, is finally officially coming to the Nintendo Switch. What better place for a party game than a platform that’s usually the life of the party! The Switch version will feature battles for up to six players–an exclusive Switch feature–as well as guest characters from the developer’s most recent game, Celeste. You can look forward to launching showers of arrows at your friends and family when Towerfall arrives on the Switch on September 27th.

Dragon Marked for Death was announced earlier in the year by Inti Creates. If that studio rings a bell, it’s because the developer worked on games like the Mega Man Zero series, the Mega Man ZX series, the Azure Striker Gunvolt series, Mighty Gunvolt Burst, and Blaster Master Zero. Now, Inti Creates has Dragon Marked for Death, and it officially has a specific release date other than its formerly vague “winter" time frame. The game is due out on December 13th, so hopefully Switch owners will take a little breather from super smashin’ their bros when Dragon Marked for Death comes out days later from Nintendo’s big party fighter.

Levelhead announced for the Switch, a new level creator from Butterscotch Shenanigans

Are you like many of us Switch owners and are waiting for Nintendo to release Super Mario Maker on the Switch, whether a whole new game or a Wii U enhanced port? Well, perhaps Butterscotch Shenanigans’ (Crashlands, Quadropus Rampage) latest game Levelhead will fill that hole in your Switch library for the time being. This level creation tool empowers you to create your own 2D platforming levels, and the bonus here is that you can play these levels simultaneously with other people. It may not have Mario or the Mushroom Kingdom to its name, but Levelhead does have undeniable charm. Judging by the Butterscotch Shenanigans crew’s previous games, it’ll be packed with lots of heart as well.

Untitled Goose Game wanders onto the Switch early in 2019

Unlike back in the Wii days, there aren’t too many games that take advantage of the Switch controller’s ability to be aimed like a light gun to point and shoot. Today, the lone new release on the Nintendo Switch eShop adds to the small list of games available on the platform that does just that. Western 1849 Reloaded is an arcade shooting gallery of sorts where you point your Joy-Con and shoot just like you were aiming with a genuine gun. Of course, unlike a genuine gun, someone aiming with a Joy-Con controller in front of me won’t make me whiz my pants. Western 1849 Reloaded has a nice cel-shaded look to it, which honestly appeals to me. Plus, for a relatively low cost of entry, even if you only get a couple of hours out of the game, it seems like it’d be fun to replay every now and then to make it worth the purchase. …Maybe.

A trio of really good “Nindies" games have new discounts that make each well worth purchasing. Human: Fall Flat is on sale just in time for its new, aforementioned multiplayer update, while Battle Chef Brigade and Nine Parchments also are on sale, too. Meanwhile, if you want a taste of an officially licensed Major League Baseball game but don’t own a PlayStation 4 to play the MLB: The Show series, then consider R.B.I. Baseball 18 as a “runner-up" alternative, due to its discount.

That about does it for this edition of the SwitchArcade Roundup. As always, I’m eager to read your thoughts on the Roundups–comments, questions, concerns, and things of that nature. Hit me up in the comments section, or let me know what you think by tweeting at us. Until we meet again (Hint: That would be tomorrow–ha!), keep your Joy-Cons charged and your Switches loaded with great games!