Ever since Puzzle & Dragons came out and made roughly a kajillion dollars with its combination of accessible puzzle gameplay, RPG growth mechanics, and character collecting, there’s been a rush of games that have re-shuffled those elements to try to find the next big thing. One game that met with strong success in Asian mobile markets is Azur Lane (Free), and it’s now making an attempt to crack into the hearts and minds of Western players. The meta-game is all too familiar for anyone who has played a social RPG of any sort. It’s fused with shoot-em-up gameplay and a theme pulled directly from Kantai Collection, wherein actual historical warships are re-envisioned as cute girls. Yeah. It’s a whole thing these days, friends.

As usual, the game starts with an extra download, allowing you to ponder your decisions in life. After that, you’re run through the typical tutorial that crams the game’s systems into your brain in rapid-fire fashion, almost guaranteeing you’re not going to grok any of it. Oh well. Once the game leaves you be, you’ll figure things out quickly enough if you’ve played any similar games before. Use energy to take on missions, clear the missions to earn rewards, exchange rewards to draw a random new character, create new equipment, or enhance existing units, and hope you’re strong enough to take on the next mission. If not, repeat the stuff you’ve already done until you are able to move forward. As you go along, you’ll be presented with cut-scenes that move the story forward, such as it is. To tell the truth, the cut-scenes are mostly an excuse to show off the full-sized art of the girl-ships. 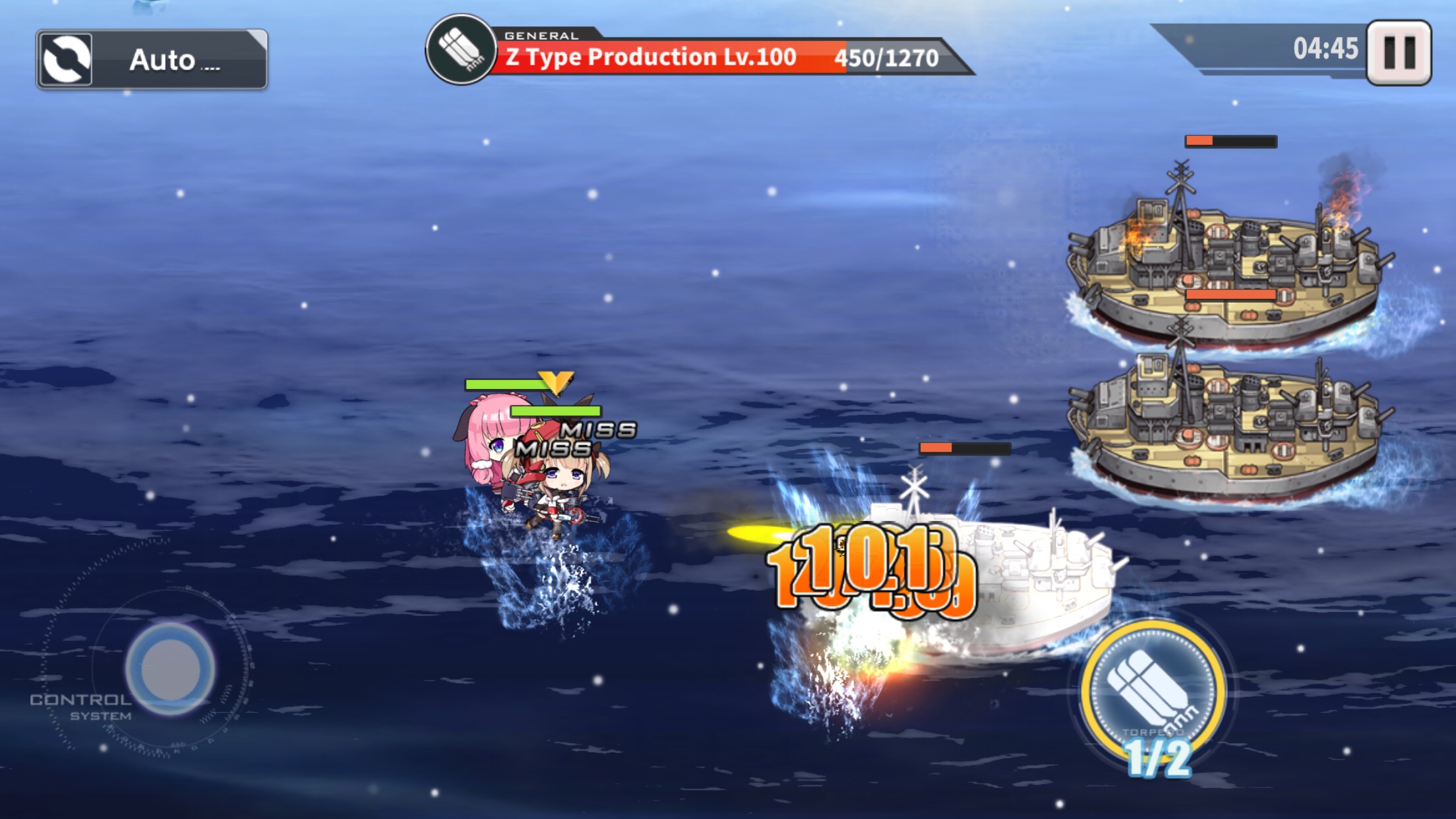 The main difference between this game and others like it is in the side-scrolling shoot-em-up action that the meta-game is bolted onto. As you head on each mission, you may get attacked along the way. You can try to avoid those random battles, but you may have to fight them. Either way, you’re going to be controlling some floaty super-deformed girls as they auto-fire upon an enemy fleet made up of actual ships and other floaty super-deformed girls. In addition to your basic attack, you have access to some special moves that operate on cool-down timers. You can move your characters around, but they’re pretty slow and their hit-boxes aren’t small, so it’s hard to avoid most of the shots that head your way. It’s mostly about positioning them for offensive purposes. Victory is going to depend far more on the strength of your team than on any twitch skill you may or may not have.

There’s quite a bit that goes into that. Your teams are made up of up to six girls, with the front row reserved for light units and the rear for your heavy hitters and support units. They come in different rarities and ranks, and will accumulate experience through use. Eventually, their levels will cap and you’ll have to enhance them if you want to keep improving them. Each girl can be equipped with gear pieces that can be crafted, bought, and enhanced using the resources you’ll be collecting. There are tons of resources to keep track of, which is about normal for this genre these days. You’ve got your premium resource that can be bought for real money and used for just about everything in some way or another. Coins will also be used for a lot of things, and oil serves as the game’s stamina. 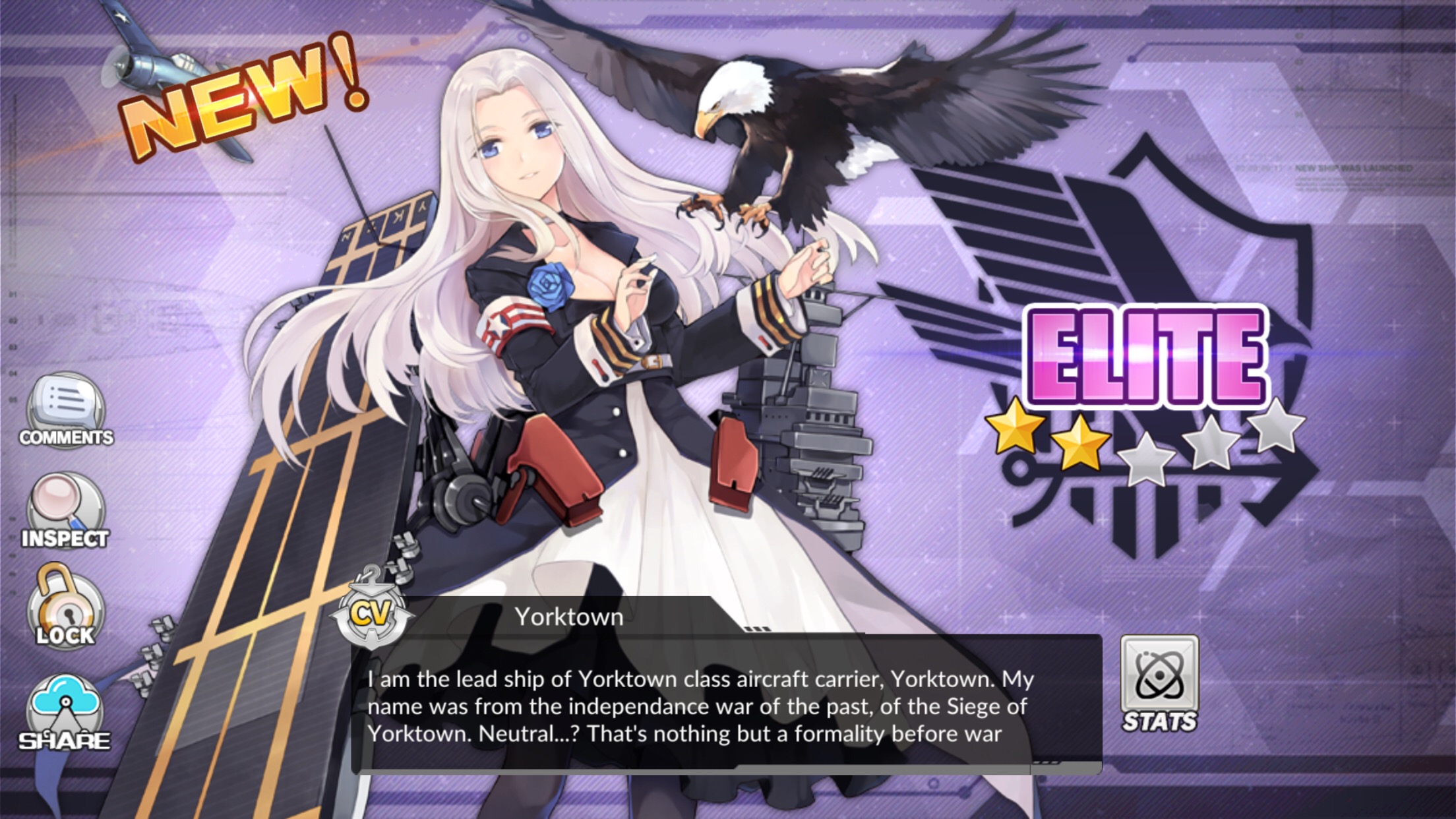 Since your ships are basically high school girls with guns attached, it stands to reason that they would have a school. The academy contains a number of useful buildings, and perhaps most importantly is your most reliable way of earning coins and oil. You can upgrade buildings to improve their output and storage capabilities. You can also make use of a shop here, or send students to train their special skills if you have the necessary text books. You’ll also see your girls walking around here, which doesn’t really do anything practical but is kind of cute.

It’s all rather silly, but if I’m going to be completely honest, it’s also kind of fun. Of course, that’s keeping the condition in mind that you have to be okay with this kind of collect/grind/upgrade free-to-play game to begin with, but I feel like we’re far enough along in this genre’s history that I shouldn’t have to qualify that every time. There are lots of customization options and the shoot-em-up gameplay is engaging without being demanding. It’s kind of hilarious seeing what kind of girl each historical ship has been made into, as well. Who knew that the HMS Repulse was such a go-getter? 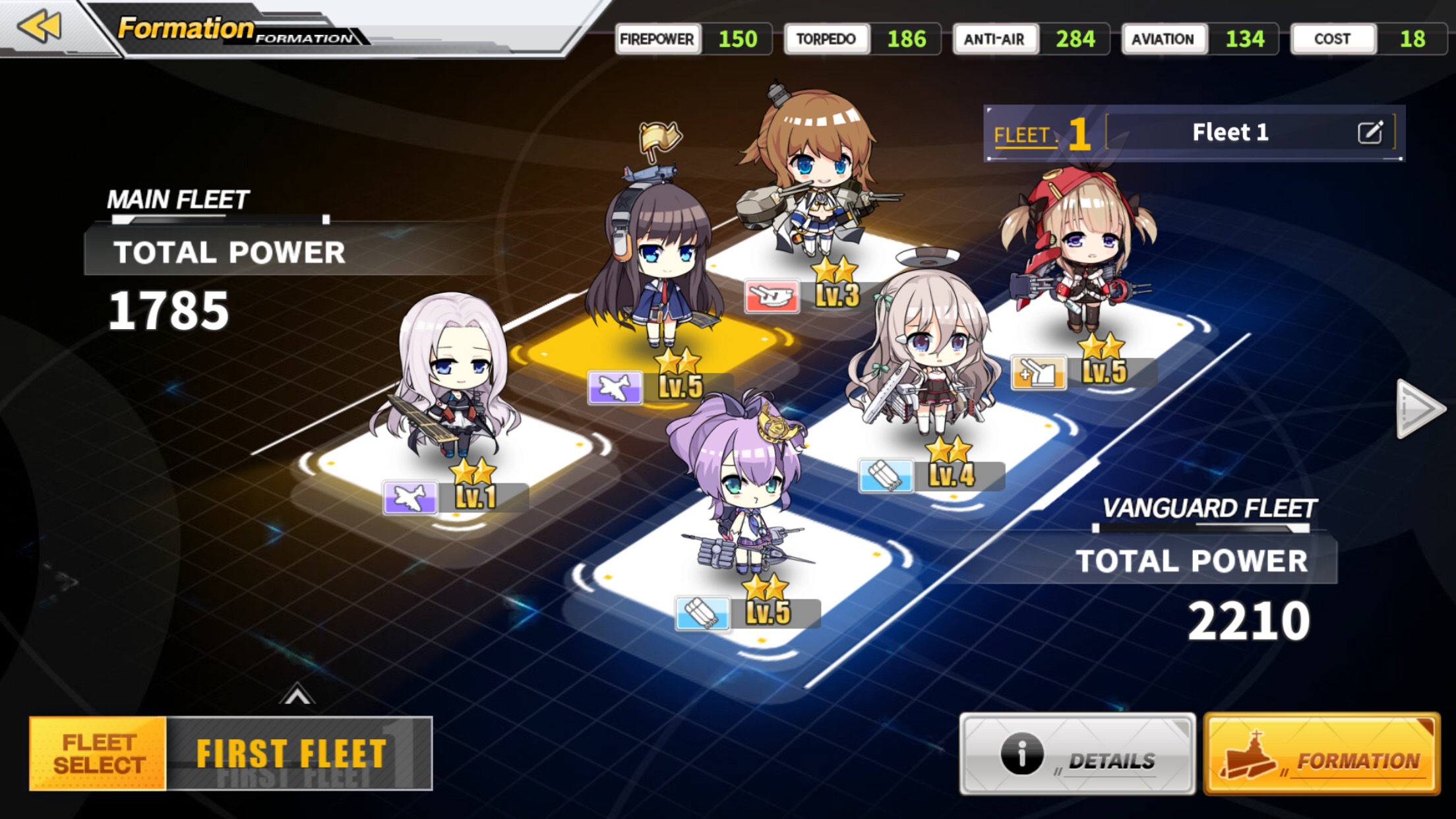 Azur Lane has enough interesting ideas of its own to help it stand out a little from the crowd, and there’s a considerable amount of content here to enjoy right from the get-go. It’s perhaps a little overly-complicated for its own good, and anyone who isn’t already somewhat familiar with games like these is probably going to be scared away by its busy interface and tutorial avalanche. At the same time, it’s not hard to see why this game was a pretty big hit in other regions. The art is good, the gameplay is reasonably fun, and there’s a lot to chew on for those who get engaged with it.