Sometimes a game comes out and blows my mind so much that I just have to stop and write about it. Yesterday that exact thing happened after I’d spent some time with Puppet Depot’s excellent action game Wonder Blade (Free). This game released out of nowhere and brought with it a level of polish and gameplay refinement that is rarely seen in mobile games nowadays. I absolutely love it. The only problem is, after writing a bunch about it yesterday, what am I supposed to write now? 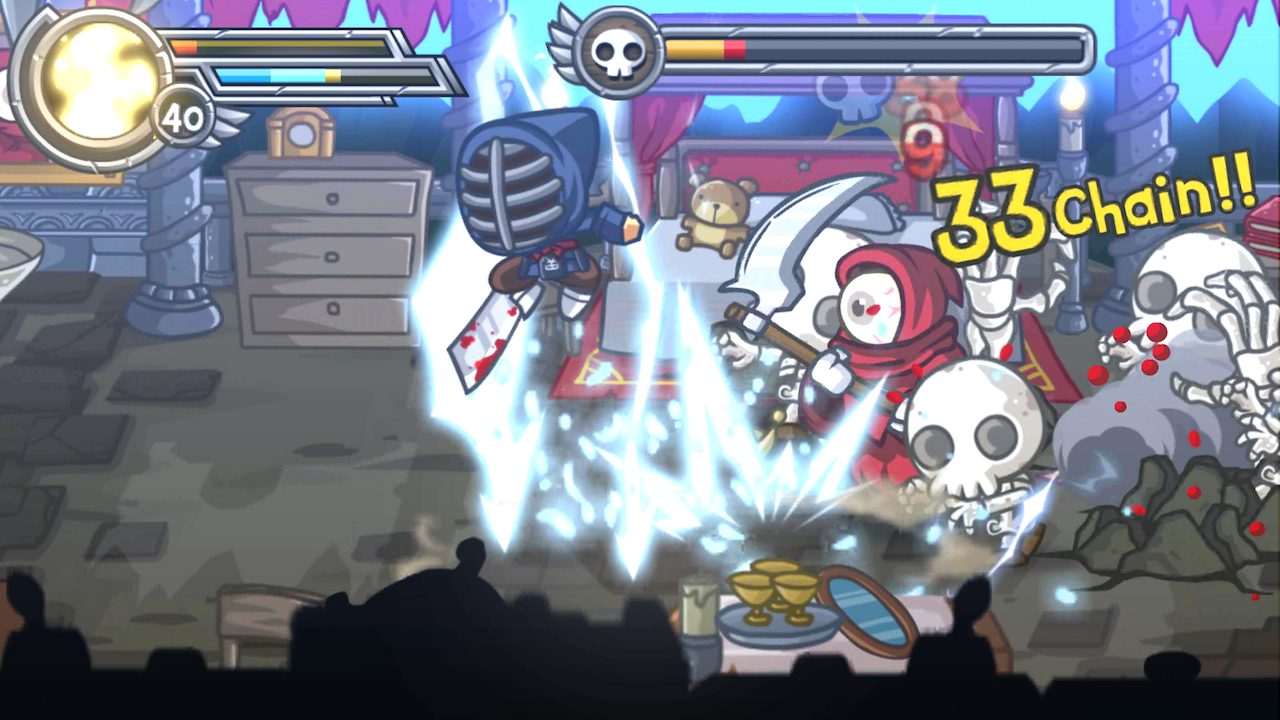 Well, I figured that now that we (myself and players in our community) have had a couple of days to really digest Wonder Blade, I’d use this space to talk about some things I think need to be improved in the game. Don’t get me wrong, this game is stellar and absolutely Game of the Week worthy, but it’s certainly not perfect. And I’ll just go ahead and get my biggest gripe out of the way right now: This game is BRUTALLY difficult.

The enemies you face off against during a level are just fine, but the boss fights are way out of whack with the level 2 boss being the sticking point for pretty much everyone playing so far. It’s definitely possible to beat that boss, and the developers themselves created a video showing just that, but it takes a ton of practice and mastery of the combat in the game. By the second level most people aren’t quite at that skill level just yet. Balance adjustments are on the way, but just know you’re in for the fight of your life until things are smoothed over in an update. 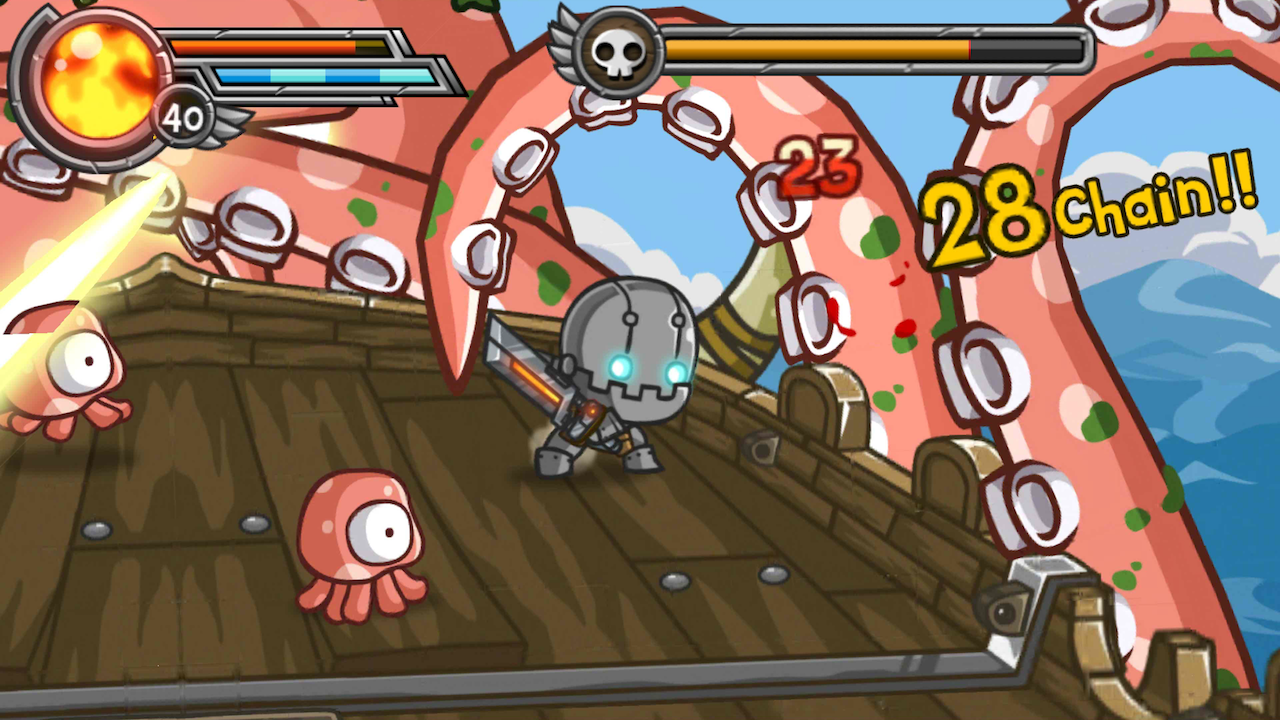 Other issues with the game are quite minor, but still worth mentioning. Not being able to skip cutscenes is annoying, and especially so when you’re playing and replaying a certain part over and over (COUGH level 2 boss COUGH) and are unable to skip past the cutscene bits. I’d also appreciate a more friendly way to compare and equip new weapons that drop during play, as right now it’s a bit fiddly trying to line up just right in order to get the dropped weapon’s stat box to pop up and then try and quickly decide if it’s a better weapon than the one you’re currently using. Trying to do all this in the midst of combat is even more frustrating and I have to believe there’s a better way to do it.

Another thing I’d like to see is the ability to attack enemies that have been knocked down. This is kind of a staple in beat ’em up games and it’s annoying having to wait for an enemy to get back up in order to start whaling on them again. Related to that, I’d like the instant kill functionality to be a little smoother. Occasionally in Wonder Blade you’ll beat up a baddie to the point that you’ll be able to trigger a one-button instant kill on them, and it’s one of the coolest features of the game. But you accomplish this by hitting the dodge roll button and, similar to trying to pick up downed weapons, if you’re not lined up just right you might go in for an instant kill and find yourself dodge rolling instead. Again, a minor issue but still something I’d like to see improved.

Now that I’ve gotten all this negative stuff off my chest, let me just say: Go buy this game anyway! I’m still having an absolute blast, and despite all common sense I’m even enjoying ramming my head into that level 2 boss over and over again. Plus you can go back and replay previous levels and grind out some experience, and I’m enjoying doing that. I fully trust Puppet Depot to smooth out any issues with future updates, and I’ve still gotten way more than three bucks worth of enjoyment out of their lovely little game. This will definitely be in our Game of the Year discussion in December, it’s seriously that good.

So if you’re not afraid of a fierce but not impossible challenge and appreciate paid games in this day and age of the App Store, consider grabbing Wonder Blade and dropping by the forums to join in with the many others in our community who are enjoying this game as well.