Welcome to the SwitchArcade Roundup for June 4th, where we’re talking about the latest happenings in Switch-land. But first, I want to talk about the recently-released N++. I think that N++ would be more accurately described as Content: The Game. That’s content with a long o, as in there is a lot of content here because there is a lot of content here. Thousands and thousands of levels. It’s unassuming, because you get a few menus with rows of levels, but then you realize the levels are actually packs of five levels each, and you can fit a large number of levels into some of those grids…and then by the time you’ve done the math you understand just how much there is to do in this game.

N++ is a rather simple game at its core, where you just run and jump, but with a unique floaty physics system. And the game in its later stages will force you to use the physics in clever ways in order to collect all the gold in the level. If you’ve played N+, even if you haven’t done so in a while, you’re going to know what to expect. If you haven’t played, well, the game throws a bunch of easy levels your way before it finally decides it wants to test you. And really, with multiple level types that you can take on, you can proceed at your own pace.

Once you get a feel for the mechanics, you can pull off impressive moves, jumping off of walls, flying through the air, dodging missiles and spikes with slick maneuvers. The N series has always been about making the player feel really cool, and N++ continues that feeling. The controls work rather well, with enough accuracy (and likely, a forgiveness factor) to let to make it feel like your failures are your own. Even when I was playing through the 8Bitdo adapter with the DualShock 4, where I always wonder “is there just a tiny bit of latency here?" I never had any issues.

Watch Bloodstained, N++, and More Switch Games with Carter! from TouchArcade on www.twitch.tv

This is just a great game to sit back and play for a while. It will test you, especially if you go for completion, but because each segment of five levels is only so long, and you have so many other things to do, even if you get frustrated, there’s plenty of other level packs to take on. You can always feel like you have momentum in N++. At the same time, it can make things feel directionless: you have a lot to do, but no giant arrow pointing toward what you specifically have to do. You kind of just have a game that exists and you play it as little or as much as you want. Which is totally fine, especially for a game that has so many high-level challenges such as these. Getting all the gold in some levels is really, really tough.

N++ is an example of excellent and timeless mechanics returning to the forefront. It had been years since I last touched N+, but I loved it on 360, DS, and PSP. Now I need to dig up those systems out of wherever they’re stored and see just how N++ stands up in comparison. N++‘s new visual theming options make the game look a lot more dynamic and colorful than the previous console/handheld iteration ever did.

So how is Mario Tennis Aces?

The Mario Tennis Aces online tournament demo has ended, and I’m curious to hear from y’all: did it sway your opinion on picking up the game on June 22nd?

It took me some time to warm up to the game’s new way of doing tennis. I didn’t enjoy the new additions to the gameplay formula at first. The moment where it clicked was when I got a win by KOing the opponent. It’s not going to happen often, but it’s a threat when it does pop up as an option. And it can serve as a threat, where a player might be willing to just surrender points on special and zone shots if blocking comes with risk of losing the match entirely. There are benefits, as there is a metagame between players with their star meters that’s a lot like modern Street Fighter games where you can wait to use your super attack, or go for more smaller attacks or defensive plays.

Yet, I kind of miss just playing tennis and not worrying about special meters and star shots. There is a standard mode, where you can play without the extra additions, but this isn’t available in the demo. I’m curious to see if this mode winds up being more popular than the default mode, or if something feels missing when playing without the extras.

Also, Nintendo seriously needs to improve the online servers for the game. Connection quality rarely exceeded three bars, and often dipped to one or two bars out of five, and I only saw five bars once. I was not the only one, as other TA staffers saw these same issues. That’s absolutely unacceptable, and sure, I don’t expect amazing performance when most people are on wifi, but still, the latency has been ridiculously poor.

Hopefully the online issues will be fixed by June 22nd, but otherwise I’m definitely looking forward to committing some more tennis fatalities in Mario Tennis Aces.

PowerA making a GameCube controller clone for the Switch?

Look, take this with a grain of salt, because some dude on Reddit just posted this out of nowhere. But with Smash Bros. coming to the Switch and Smash players’ fetishization of the GameCube controller…this makes perfect sense to exist. The PowerA controller is a decent wired option for the $20 you can pay for it, though the d-pad isn’t perfect, I had issues with accidentally pressing up or down when playing Celeste, and it’s not immediately easy to use with Street Fighter. But as a secondary controller, just to have around for multiplayer, or for 3D games, it’s a perfectly cromulent option. Maybe their GameCube controller will be a good option for more than just Super Smash Bros.?

These sales end by sometime tomorrow:

Half the price, gone…in a snap. 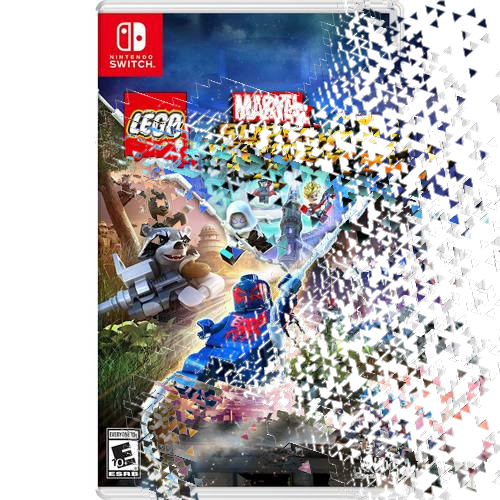 Also, as far as sales go, I personally recommend these games based on my own personal playtime. SteamWorld Dig 2 I shamefully have let linger in my backlog, but I hear so many good things, and that’s on sale, so consider that as well.