Originally, I planned to write this review of Kemco and EXE-Create’s latest RPG offering with as much effort as the game seems to have had put into its creation. But if I did that, this review would already be over. Kemco has never been a company I would accuse of overachieving, but the last couple of years have been particularly rough. They’ve worked with a couple of new developers and published the odd title that breaks from their norm, but it’s looking increasingly like those were one-offs rather than enduring new partnerships. Which leaves us with EXE-Create, probably Kemco’s most reliable development partner in recent years. As Kemco has come to rely more and more on EXE-Create’s churned-out releases and the market for premium off-line RPGs has shrunk, even the (to be very generous) modest sparks of creativity found in earlier games have all but vanished. 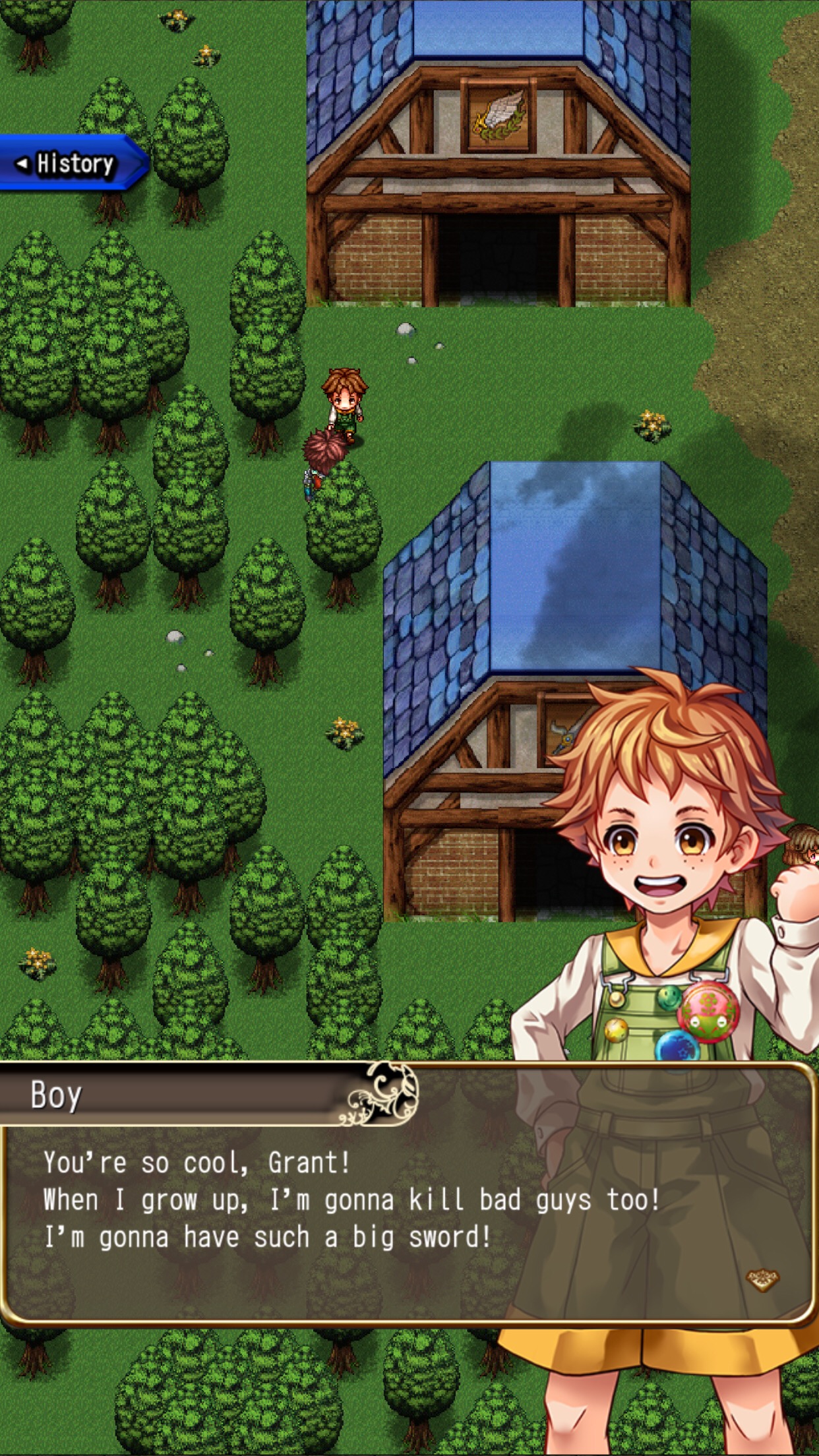 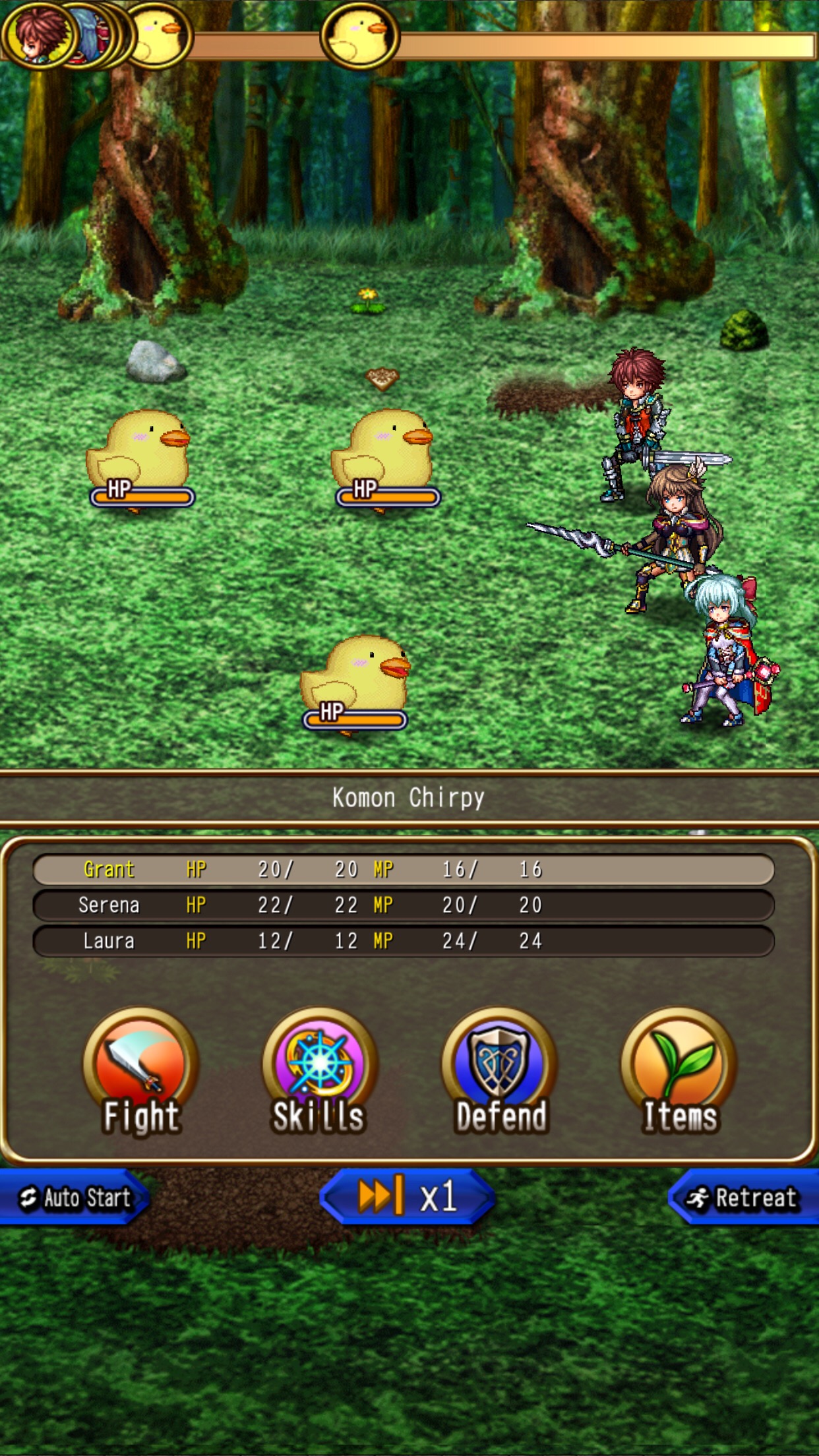 Well, that’s an ominous opening paragraph, isn’t it? Look, it’s not that Heirs of the Kings ($6.99) is a bad game. It’s about the same as any random EXE-Create release from the last couple of years. If you’re not sick of this particular song and dance yet, it’s fine. If you’ve never played one of these before, you’ll probably enjoy this well enough. But with each new release that feels like it came out of a cloning facility, I have to believe that the number of people falling into those aforementioned groups is getting smaller and smaller. Is anyone out there still jazzed about the gacha-adjacent weapon forging system? I hope so, because it’s here again.

In addition to that, you’ve got: a secondary type of experience points used to unlock character improvements and new abilities, a party consisting of a plucky do-gooder, a sweet magical girl with amnesia, a snooty guy, and a tsundere girl, the same old turn-based battles, the same old town to dungeon to town to dungeon structure, a plot that involves some kind of sealed evil and two races/tribes/kingdoms that just plain misunderstand each other, a selection of cheat items that can be bought with premium currency to break the game, and the usual allotment of abilities, skills, and magic to be used against the usual allotment of monsters. Even the character designs seem a little too familiar. Hero Grant seems to have looted the wardrobe of Revenant Saga‘s Albert. The biggest novelty in this game is that you play it in portrait mode as opposed to landscape, a feature previously reserved for Kemco’s throwback faux 8-bit offerings. 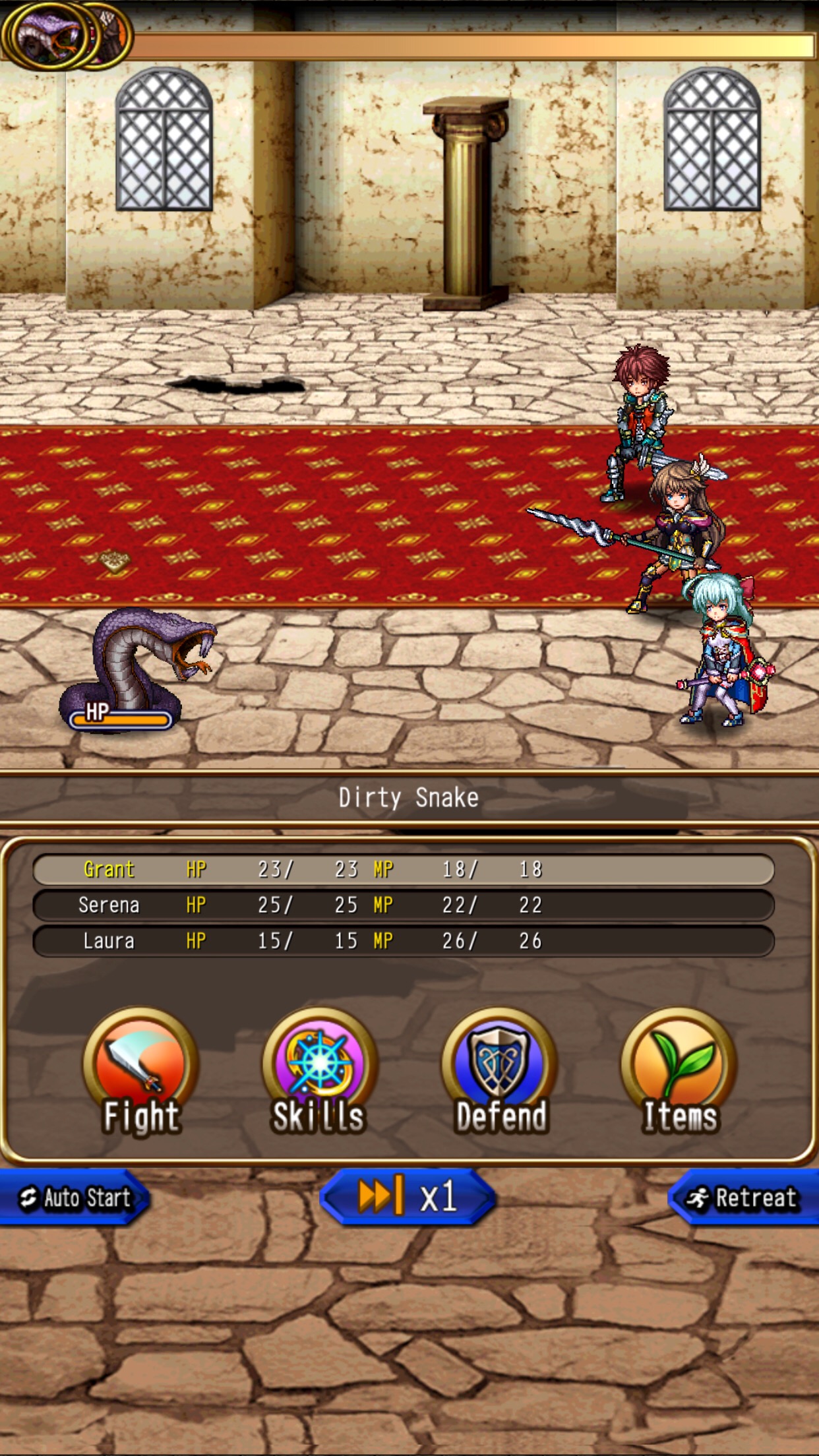 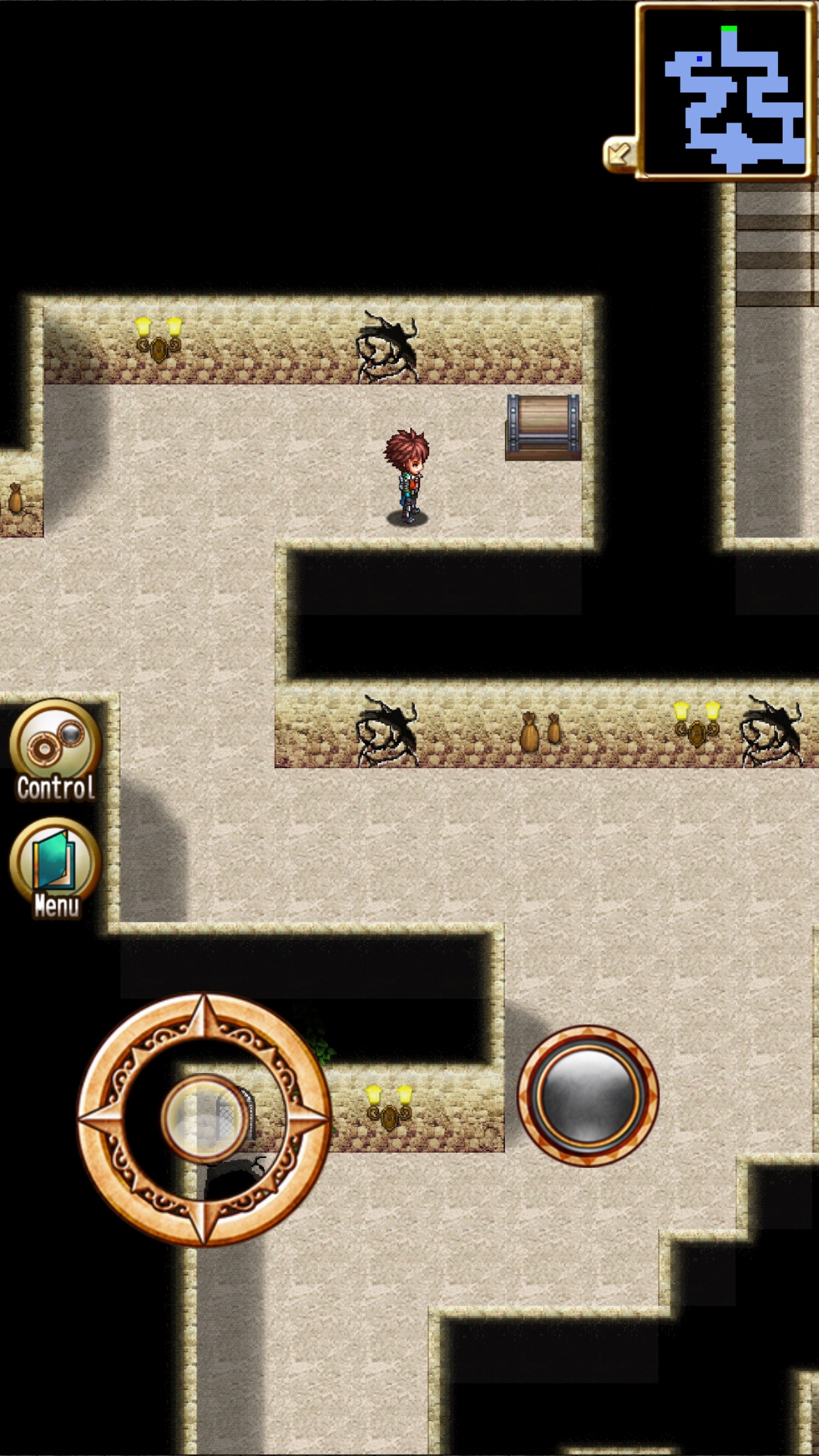 Regular readers know that I’ve played a lot of Kemco RPGs. Almost all of them, really. One of the reasons why I started reviewing them when most other writers and sites had written them off is because I felt that the perception that all of the games were the same wasn’t quite correct. I prided myself on being able to notice the sometimes small differences that made some Kemco releases better than others. But I am well and truly stymied here, friends. I can’t find anything in this game that sets it apart. Everything in this game, I’ve seen before. Even this particular mixture of elements is old hat. I almost find myself wishing it was out and out awful, because at least that would be something interesting. Heirs of the Kings is just bland. It’s utterly perfunctory in every respect.

The truly aggravating thing is that JRPG-loving mobile gamers don’t have many other choices as far as new games go. It’s a rough market for this kind of game, and in some respects it’s miraculous that Kemco continues to serve it so regularly. Outside of isolated releases from indies who either don’t know or don’t care about the market conditions and the two or three bones Square Enix throws each year, what can you turn to besides Kemco’s offerings? Even with the slow monetization creep working its way into the games (I see selling consumable keys that open doors to nice treasures is becoming part of the regular rotation), you’d be hard-pressed to find a fairer deal among newer mobile JRPGs. It’s these, or sitting on our hands waiting for Square to gussy up another title from their back catalog and get it out to English fans.

I don’t know. Buy Heirs of the Kings if you really need your JRPG itch scratched and are on some kind of diet where you can’t touch other gaming platforms. It’s not trash and you don’t have a lot of other choices if you’ve already played what’s out there. Completely boring mush even by Kemco’s standards, but it’s edible. I just hope Kemco has some kind of strategy for the future lined up, because eventually even the most diehard of adherents is going to reach their limit for these unimaginative, soulless bits of belly-button fluff. I’m not going to hold my breath for any miracles, though.