Late last month I shared the details of the upcoming version 2.3 update for Skullgirls (Free) on mobile, and I also did not hold back my feelings on why I think this is far and away the best mobile fighting game out there. I won’t go down that road quite as verbosely as last time, but definitely give it a read if you’re curious what makes Skullgirls on mobile so darn special. What I will do though is shout from the rooftops that the version 2.3 update for Skullgirls has gone live in the App Store, and boy is it a doozy. So obviously the big ticket item in this new update is something we focused on a lot in that previous post, and that is the addition of Squigly to the roster of fighters in the game. Squigly is an incredibly unique character in that she has the ability to build up Dragon Charges which, when used, can augment the types of moves she performs, effectively giving her more moves and possibilities than any other character.

This is how Skullgirls Mobile developer Hidden Variable describes Squigly: “Playing Squigly is all about finding openings. Rather than relying on her base stats, players will have to take advantage of these openings and be precise with their timing to make Squigly maximally effective. Her Character Ability and Signature Abilities will encourage players to carefully choose moments to strike, and if those moments are squandered, her effectiveness is greatly diminished. Using her wide arsenal of Moves and Blockbusters, Squigly can attack from anywhere at a moments notice with her impressive range. With a bit of strategic planning, these long range attacks can transition into devastating combo sequences in the hands of a skilled player." There are seven different variations of Squigly to collect, and they’ll all be avaible by way of the Reanimated Relic in the game’s Relic store. 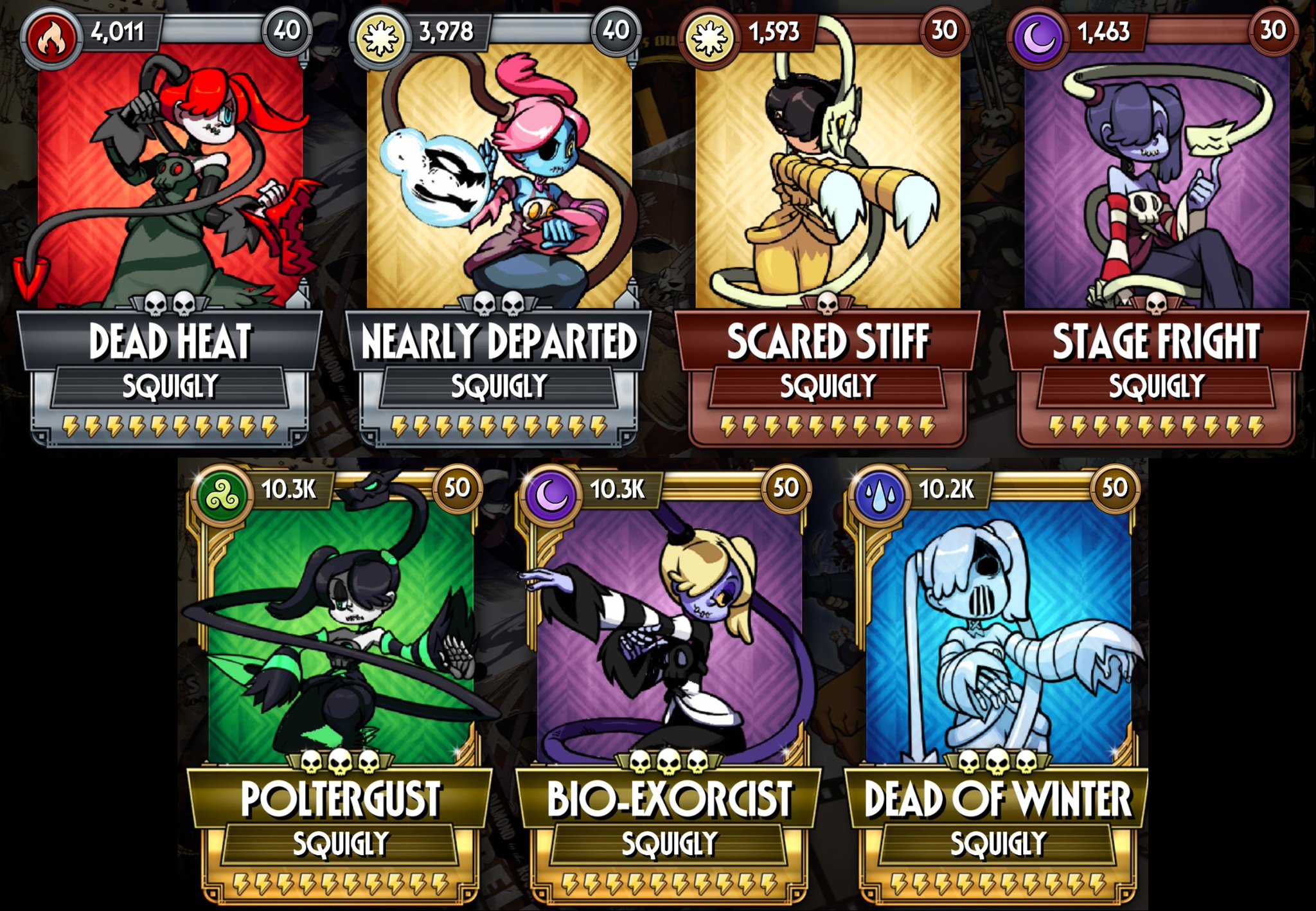 Speaking of Relics, those have gotten a pretty significant change in version 2.3. Previously, if you bought a character-specific Relic in the shop you’d have a 50% chance of getting that actual character. That’s a much greater chance than you’d get in one of the generic Relics, but still could lead to disappointment if there’s a certain character you’re trying to level up or collect all the variations of and you end up getting someone totally different. Now as of this latest update you’re 100% guaranteed to get the character of a character-specific Relic, but now the price of one of those Relics has jumped up from 150 Theonite to 200. I think this is a great change in the long run and should make leveling up and collecting all your favorites much, much easier. Also, the schedule of Character Relics has changed as explained by Hidden Variable: “Now, Characters Relics will be available alongside their respective Prize Fights, this means that – once a Prize Fight ends, there will be a ~5 week window until the Character Relic is available again. Because Squigly is a brand new character, we will be making an exception for her – and her Relic will be available for the entirety of her launch week."

Those are just the major points of today’s version 2.3 update, but you can check out the full update notes at the Skullgirls Mobile forums to get the skinny on things like the expanded roster and move slots, tweaks to the Prize Fights mode, a new level to fight in, new AI characters, and a bunch more. There’s also a tease of what’s upcoming in the world of Skullgirls Mobile, including Parasoul Origins Story content, and I already can’t wait for the next big update to arrive.