May begins with a Battle Showdown event in Pokémon GO(Free). If you’ve wanted to catch some Fighting-type Pokémon lately, you’re in luck. From later today, Fighting-type Pokémon will appear more frequently with the likes of Mankey, Makuhita, Meditite, and Machop appearing more often. Tyrogue will also be hatching from Eggs more frequently. It isn’t a Pokémon GO event without better rewards for participants and the Battle Showdown has some special rewards. 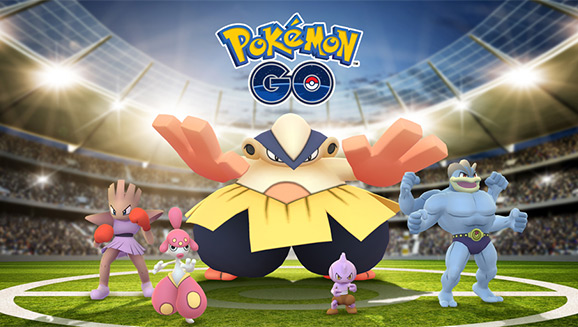 For the duration of the Battle Showdown event, participants will get double XP for Gyms and raids. You will also get more items when you spin a Photo Disc in a Gym and regardless of the outcome, players will get six times the usual Stardust from raids. Winning a raid will get you the Stardust and a rare candy. Gyms you visit frequently will give you better rewards as well.

This Fighting-type focussed event begins at 1 PM PDT today. The event is planned to go on until May 14 at 1 PM PDT. Not a fan of Pokemon GO? Come play some Pokemon in our Discord server here.