The year of the Raven is almost upon us and just this afternoon we got a look at the final cards that will be a part of Hearthstone’s(Free) Witchwood expansion. There are some really strong contenders for biggest class wins right now with Priest and Warlock kind of leading the pack. Ultimately it may take some time to really feel out who came out on top though. With 3 card sets going to Wild format and one new set coming in, it is still very much a whirlwind that is hard to make complete sense of yet. We did, however, pick out some of the biggest impact cards you will see from this last batch of reveals to keep a closer eye on: 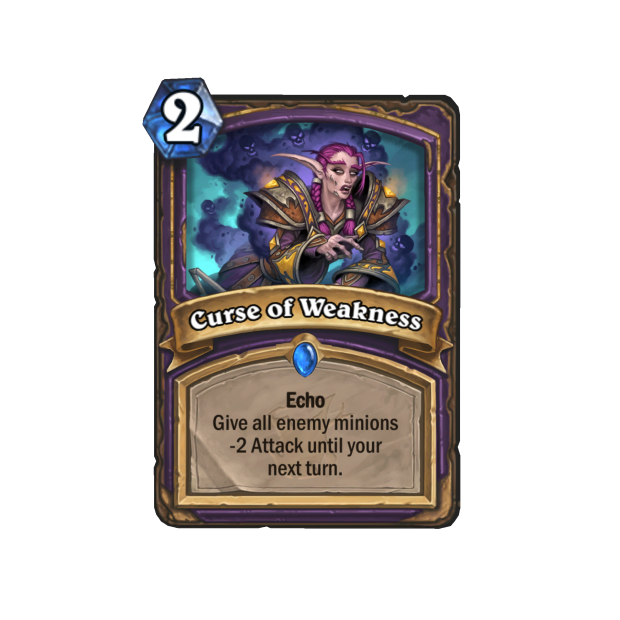 It is important to note the duration on this card. There are very few cards that give you a long duration debuff like this and it will be interesting to see what types of trades this will enable. 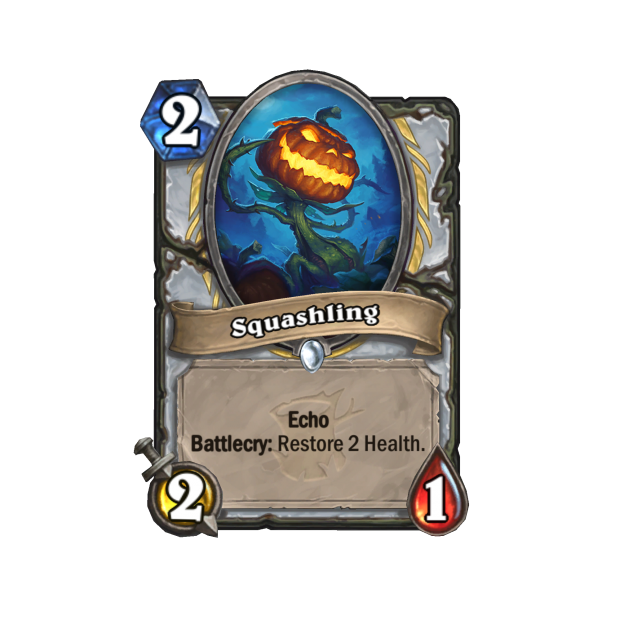 This is a cool echo card that can either bring you back from the brink late game or allow you to get aggressive with Auchenai Soulpriest. 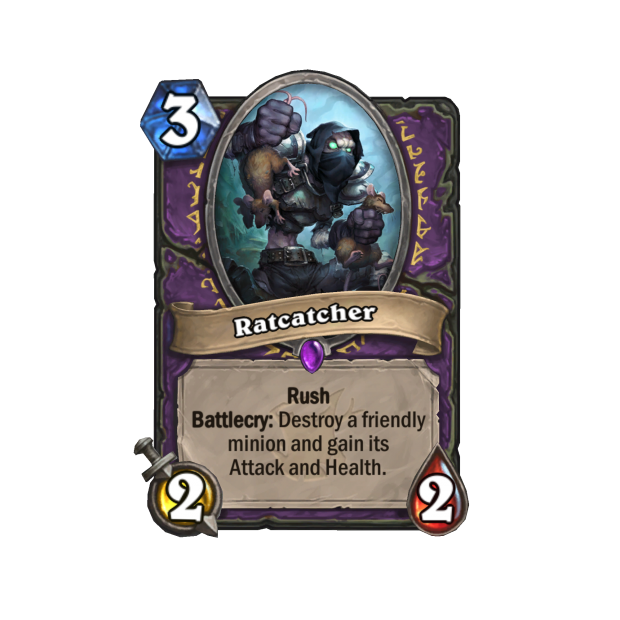 Warlock is finding all sorts of ways to blow up their own minions. I think this card will find it’s way into any warlock deck with strong death rattles, which is going to be most if not all. 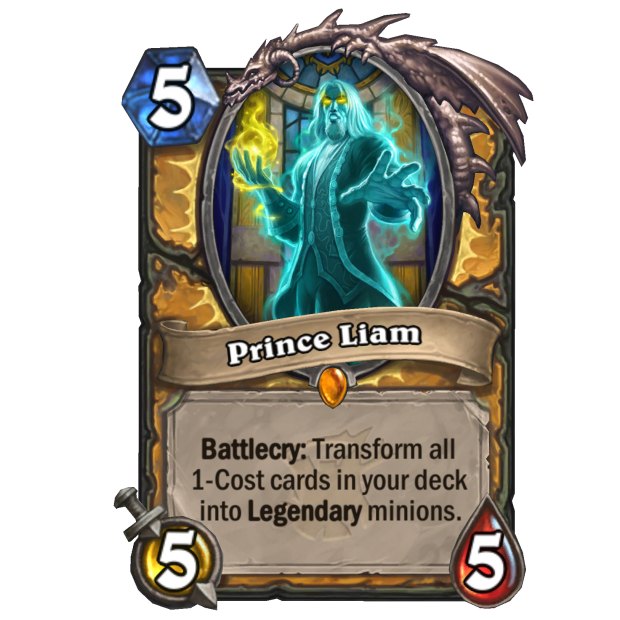 A perfectly adequate statline to transition an early game focused deck into one with great late game potential. My biggest misgiving about this card is that legendary minions can run the gamut from game breaking to barely worth consideration. You can hold Prince Liam back as an eject button if your game is starting to go south. While you might not see this one show in the highest level of play, I appreciate having eject buttons that aren’t an analogue to Reno that tend to just lengthen games to the point of tedium. 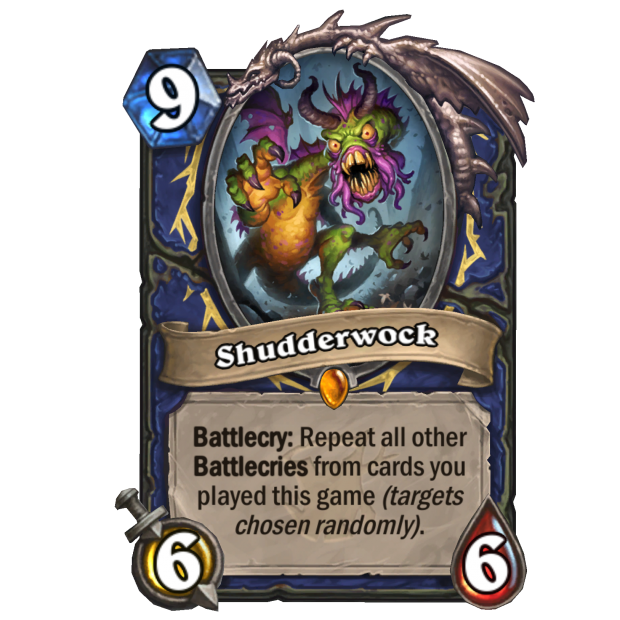 Ben Brode commented in my interview with him that this is the craziest card ever made. This is the type of card that just gets your imagination running wild. The statline and cost are a big factor in reigning in this monster but with the right combination of battlecries I doubt very much that this card will fail to find a huge impact on any game you see it in. 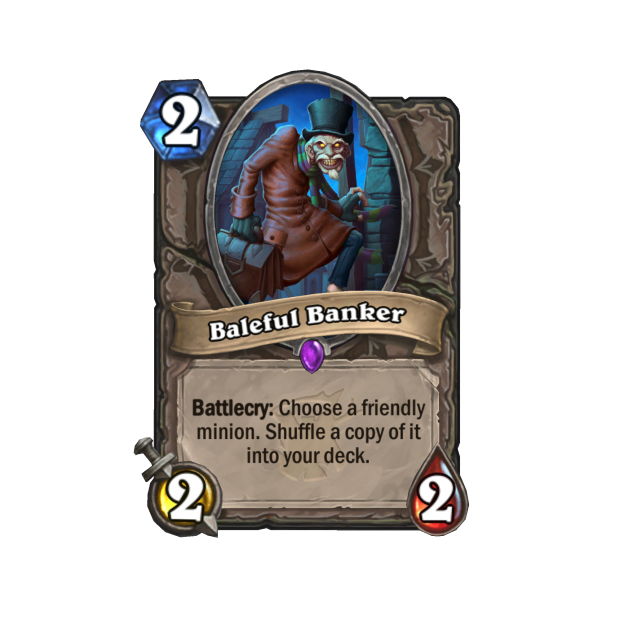 At such a low cost this is a very dependable battlecry to keep big threats in your deck. I would imagine that any deck that has dependable draw would like to see this in it. 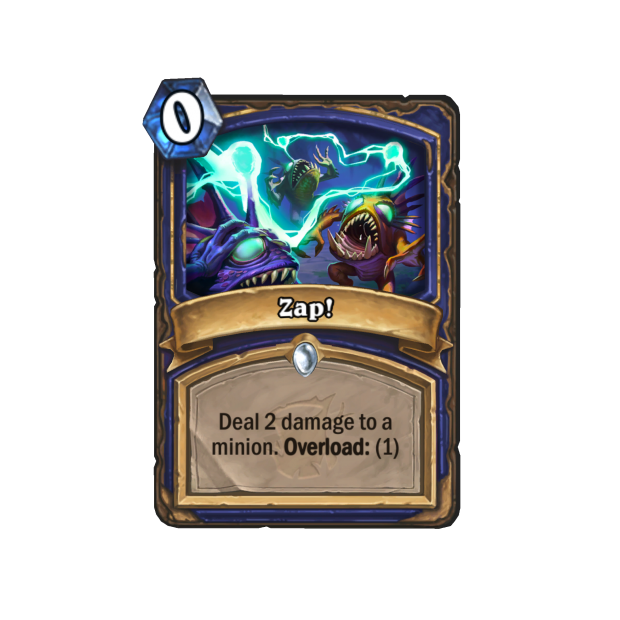 Cheap Shaman removal. Is it too cheap? You might see this one show up to fill gaps in shaman decks but may also be one of the first to rotate out. More broadly applicable than cheap shot. 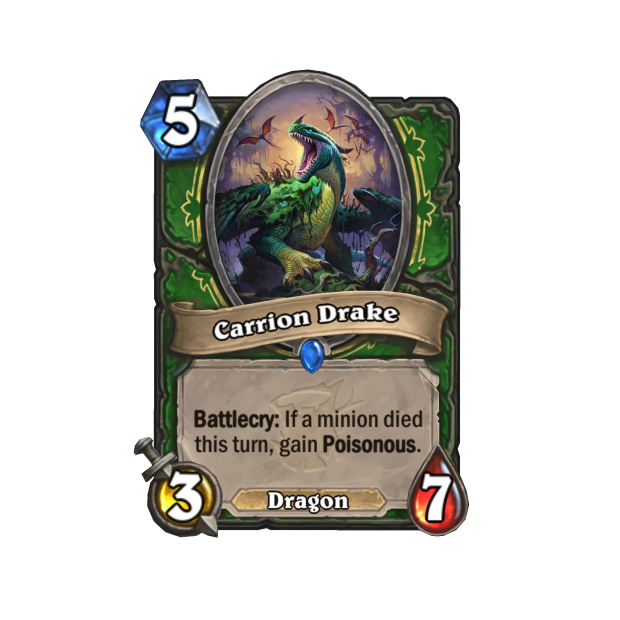 Big body Dragon with a solid chance to get poisonous. Might be a new board control hunter coming in with the inclusion of this next card. 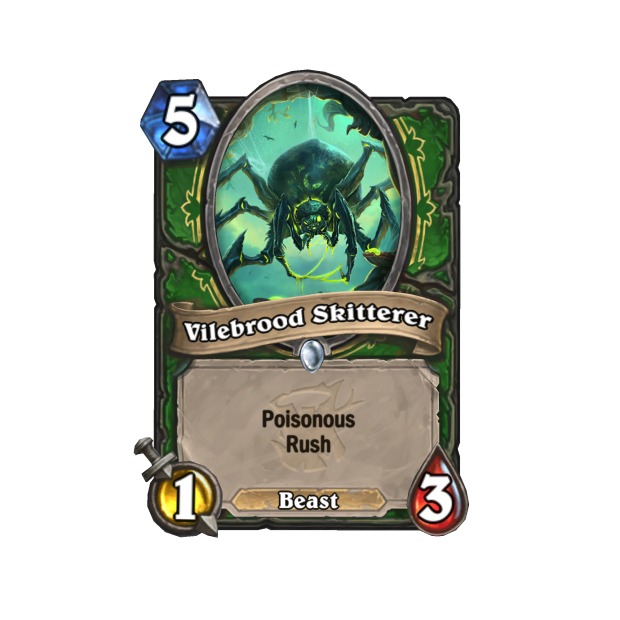 This is a non-counterspellable assassinate that can get extra value if you end up dealing less than 3 damage to it initially. Downside is that taunt may block priority targetting. This is kind of in that “if they build it, a deck may come" zone where the type of deck that would like this the most may not even exist yet. 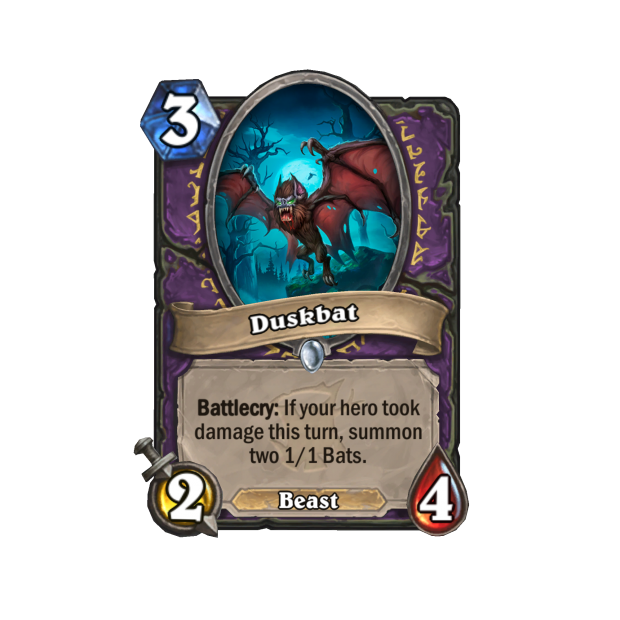 Has great potential for both a turn 3 emergency pick or a turn 5 tap combo. Even without echo, we are seeing cards that have multiple applications for a good on-curve use. 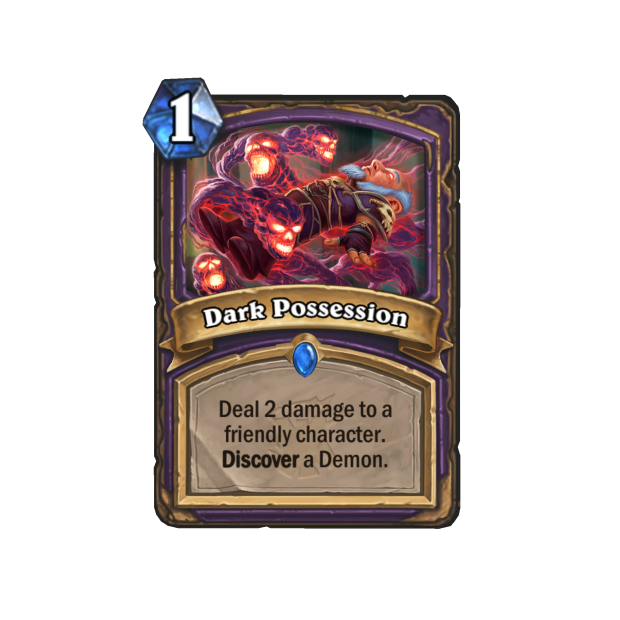 Discovering a demon is going to be great because this is usually going to be used as a trigger for some other beneficial effect. Just like the Ratcatcher, expect to see a lot of this card. 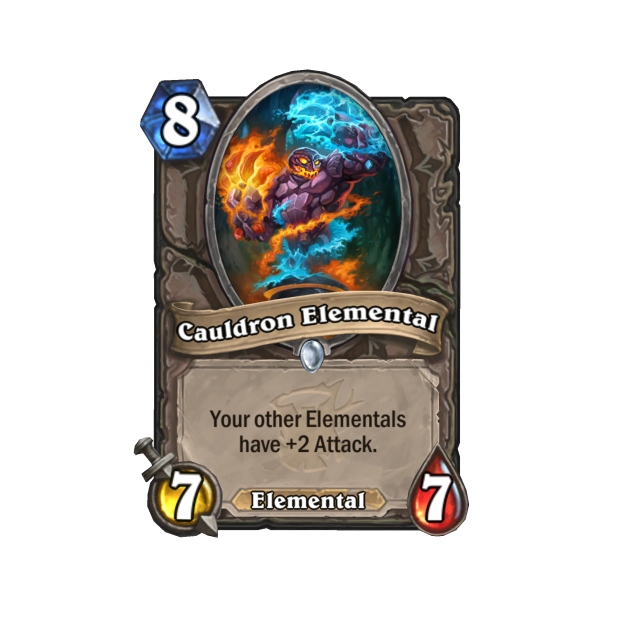 This is a big support card for future elemental decks. If the meta is on the slow side, expect to see this get dropped into control or maybe some mid-range decks. 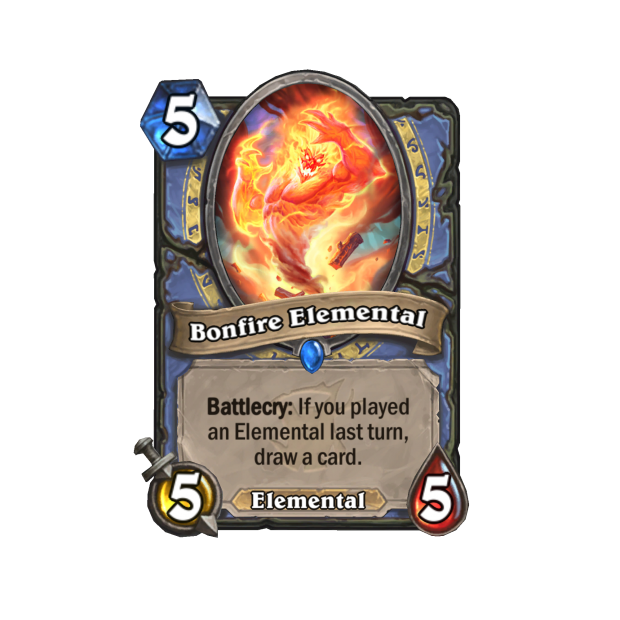 A link in the chain of the “if you played an elemental last turn" conga line. Will elemental mage be a thing? if so Baleful will be there. 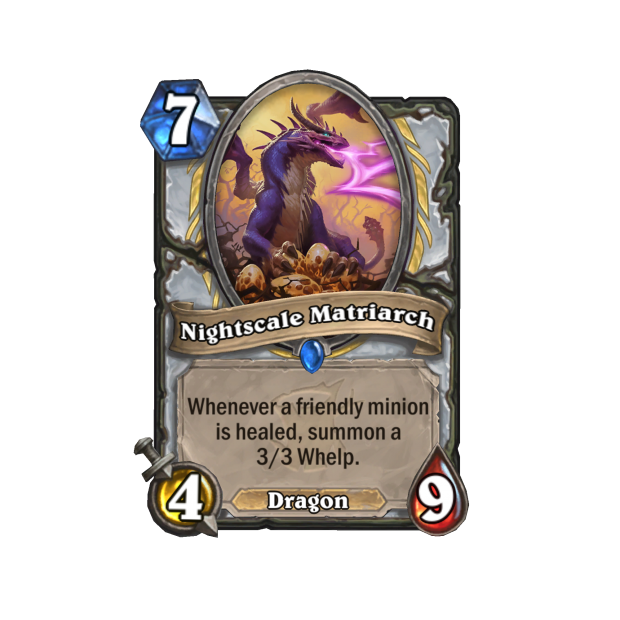 Turns your heal into board presence and should fit solidly into Dragon Priest. Even at a high cost I think this will probably see inclusion just for the value it will provide. Getting added benefit from doing the thing that Priests are supposed to do feels organic and while the card does not look overpowered at first glance I doubt this will be riding the bench for Dragon Priest.

So with that we are now looking at the full lineup of Witchwood cards. After looking at the entire set, I feel like Warrior and Druid may not fare very well, but only time will tell if the cards that remain for these classes can combine with the new stuff in a way that will work for them. While Druid had a really strong run with Jade and Buff decks, Warrior really hasn’t had recent popularity. What classes do you think will come out as top dog in the next few seasons? Who needs the biggest buffs? Comment below and let us know!