There has been no slowing the rate at which we have been getting the new Hearthstone(Free) expansion, the Witchwood, card reveals and there is a lot of speculation brewing over the new possibilities these cards will be bringing to the meta game. We’ve been wondering how they will all rank with the pre-existing in-game collection. Once again we’ve hand picked a few that really have some tremendous potential and will probably be the cause of joy or despair depending on which side of the table you’ll be on when they enter play later this month. 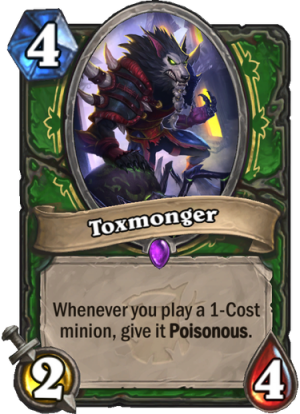 There are not many one cost Charge or Rush minions, but they exist. There are also Taunt/Divine Shield minions that will pair very well with this card. While this may not necessarily revive quest Hunter, it stands to add some punch to various viable Hunter decks. 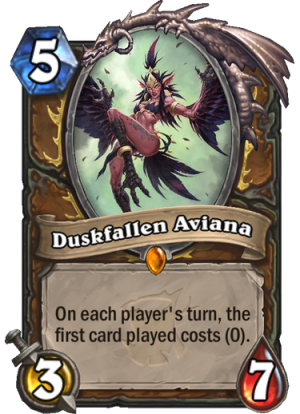 From the land of the high cost high impact cards comes a card that might very well be the strongest removal magnet in the game. Druids have some amazing high cost cards. Ultimate Infestation might be the first card on your mind, but a late game combo of Medivh into the Infestation could prove even more devastating by getting an immediate trigger from Atiesh, a 7/7 and a 5/5 all in one turn. Add one more level of ridiculous with a Kun right after the Medivh and you have a very stifling combo. 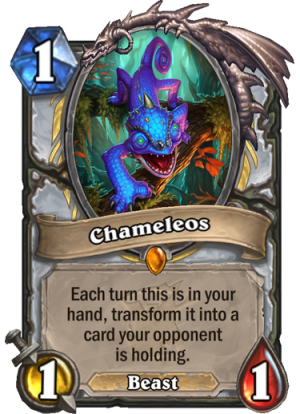 This isn’t necessarily a super powerful card stat-wise, but getting a peek at your opponent’s hand one card per round is a little gross. This reminds me of the steal everything gimmick Priests of old where you would just take everything your opponent had, whether if it was in hand or on the table. While this does less to directly mess with the person across the board, it sure does feel cheeky (maybe even a mite cheaty) just like the old days. 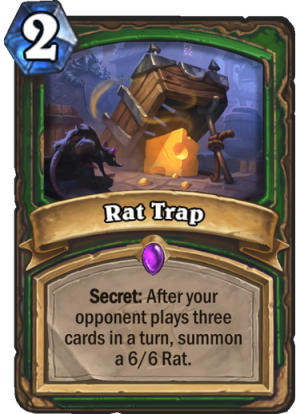 A 2 mana 6/6 beast seems ridiculous and thats because it is. Even if people know to play around this card and it never gets triggered as a secret, you could argue that a 2 mana spell that limits your opponent to only playing 2 cards a round is just as if not more powerful. I cannot see this card not seeing play in most competitive Hunter decks. 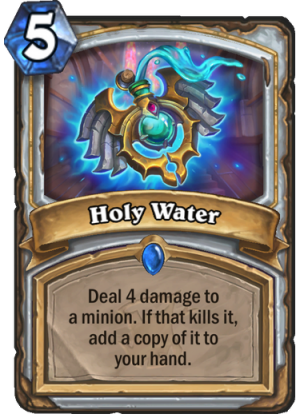 This is another nod to the Steal Everything Priest. Is it coming back for real? This just seems like a great card in general that will actually be able to combo with things unlike Mind Control. For a game with Rogues as a primary class, the Priests sure do seem to like to borrow a lot from their opponents. 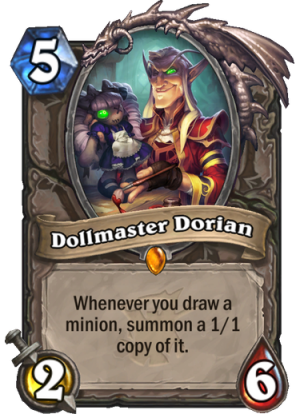 If any card is responsible for the return of Zoo decks, it’s going to be this guy. Any time a card like this gets announced I feel a visceral reaction of looking for a Polymorph or a Hex because it is such a force multiplier for any deck that has minions with strong passive effects. Just imagine this in a Murloc deck. I wouldn’t mind free 1/1 Warleaders =)

Did any other cards jump out at you last week? We’re liking a lot of what the Witchwood is bringing to the table and introducing to the Hearthstone environment. While not every card is destined for greatness, the lower impact cards are really cool too and you can check them out at the main Hearthstone site or come chat about them in our discord. Thanks once again to Hearthpwn.com for being a great Hearthstone resource.