After making a splash on consoles and PC last year, developer CMGE have brought their atmospheric 3D platformer Candleman ($4.99) to the App Store. Not being familiar with the game on other platforms, I wasn’t quite sure what to expect when I finally put my hands on Candleman on iOS this week. I knew that it looked really cool in its screenshots, but those also led me to believe that this would be some sort of auto-runner game. Not the case! This is in fact a full-movement platforming game, and while it doesn’t necessarily break any new ground in the genre, its platforming is solid and built around a really cool mechanic, and the game just oozes charm left and right. 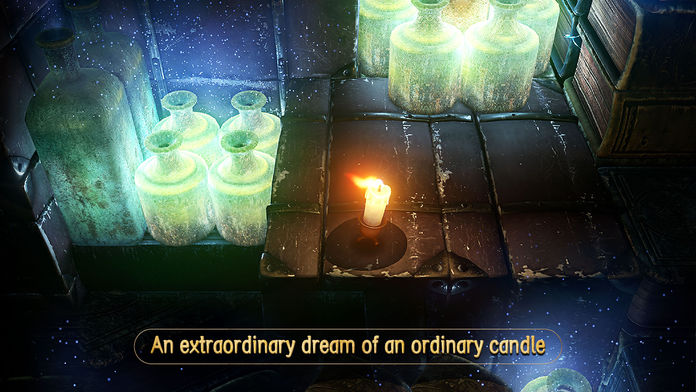 In Candleman you play as a little sentient candle who is struggling to figure out who he is and why he is on fire. After you come to life you’re left to explore a very detailed but VERY dark world. The way lighting is used in this game is top-notch, and that cool mechanic I mentioned earlier is your candle man’s ability to light his wick on fire, lighting up the area you’re in or activating certain items. There’s a catch, though. You only have ten seconds total of light up time before your wax melts away, so using your own flame sparingly is part of the challenge in Candleman.

While the game doesn’t break any new platforming ground, the level designs here are strong and the simplistic controls help that shine. You run around using a virtual joystick and swipe to jump, and holding down on the screen lights your flame. There’s a purity to the entire game being just running and jumping, and before that has a chance to ever get stale the game does throw some interesting curveballs your way by using your flame mechanic. For example, certain platforms will only be activated by you lighting them up, and will slowly fade away until you light them again. This challenges both your platforming skills as well as your resource management skills, and it’s a lot of fun. 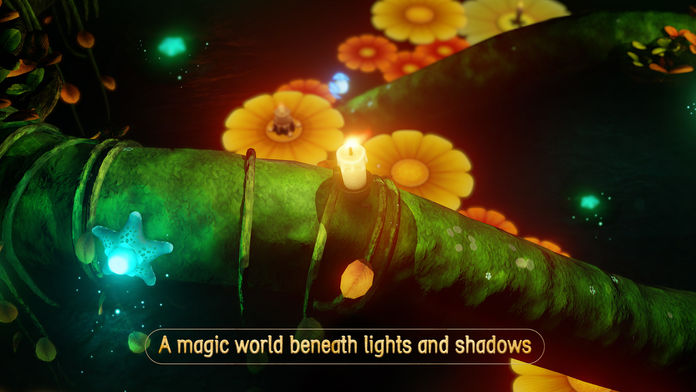 Candleman feels first and foremost about story, characters, and atmosphere, with the solid platforming and lighting mechanics there to string everything together. The only major drawback to the mobile version is that what’s available right now is only 6 of the normally 12 chapters of the full game. I’m not sure why they decided to split it up that way, but the rest of the chapters should be arriving at some point this year.

It’s not clear if they’ll be added via free update or as paid DLC, but considering the game is already finished and on other platforms I doubt there’s a risk of them never releasing the rest of the levels. Plus, right where the iOS version finishes off feels like a self-contained story anyway, so it’s not like you’ll get the feeling of playing something that’s unfinished or unresolved. Still, I can’t wait to play the second half of Candleman.

That oddity is easier to swallow given that Candleman on iOS is available for a heavy discount until April 10. Three bucks will get you the first 6 chapters, and it’s a good 2 or 3 hours worth of gameplay. It’s still cheaper than the full game on other platforms which typically sells for $14.99. So, if you like platformers and tremendous atmosphere, and you’re not up in arms about waiting for the final chapters to release at a later date, I really can’t recommend Candleman enough as even just half of this game has brought me more joy and entertainment than some full games with dozens of more hours of gameplay.