Marvel Strike Force (Free) is the kind of game that you would have assumed already existed. It’s a turn-based strategy RPG that has you gather five Marvel superheroes, villains, or in some cases, a mixture of both, and pit them against the teams of other players (asynchronously, alas) or waves of AI opponents from the movies and comics. If comparisons are more your thing, it’s a lot like Star Wars: Galaxy of Heroes except with Marvel characters and by a different developer, FoxNext Games. Even if you’ve never played that game, chances are you’ve played something similar on mobile and Marvel Strike Force won’t be extremely difficult for you to grasp.

That said, we want you to get the most bang for your buck, or even better, bang for no bucks. Read on and you’ll be exposed to all of our tips and cheats for playing as much as possible and unlocking heroes and villains without spending a dime — unless you want to, of course.

Marvel Strike Force Basics: How to Fight Your Foes

Marvel Strike Force uses a turn-based system where the order of actions in combat is determined by the characters’ speed. Each character on both sides of a fight has a blue bar under his or her health, and when it fills up, it’s their turn to act. When it’s one of your character’s turns, you’ll see a circle under them and icons for their possible actions in the bottom-right corner of the screen. 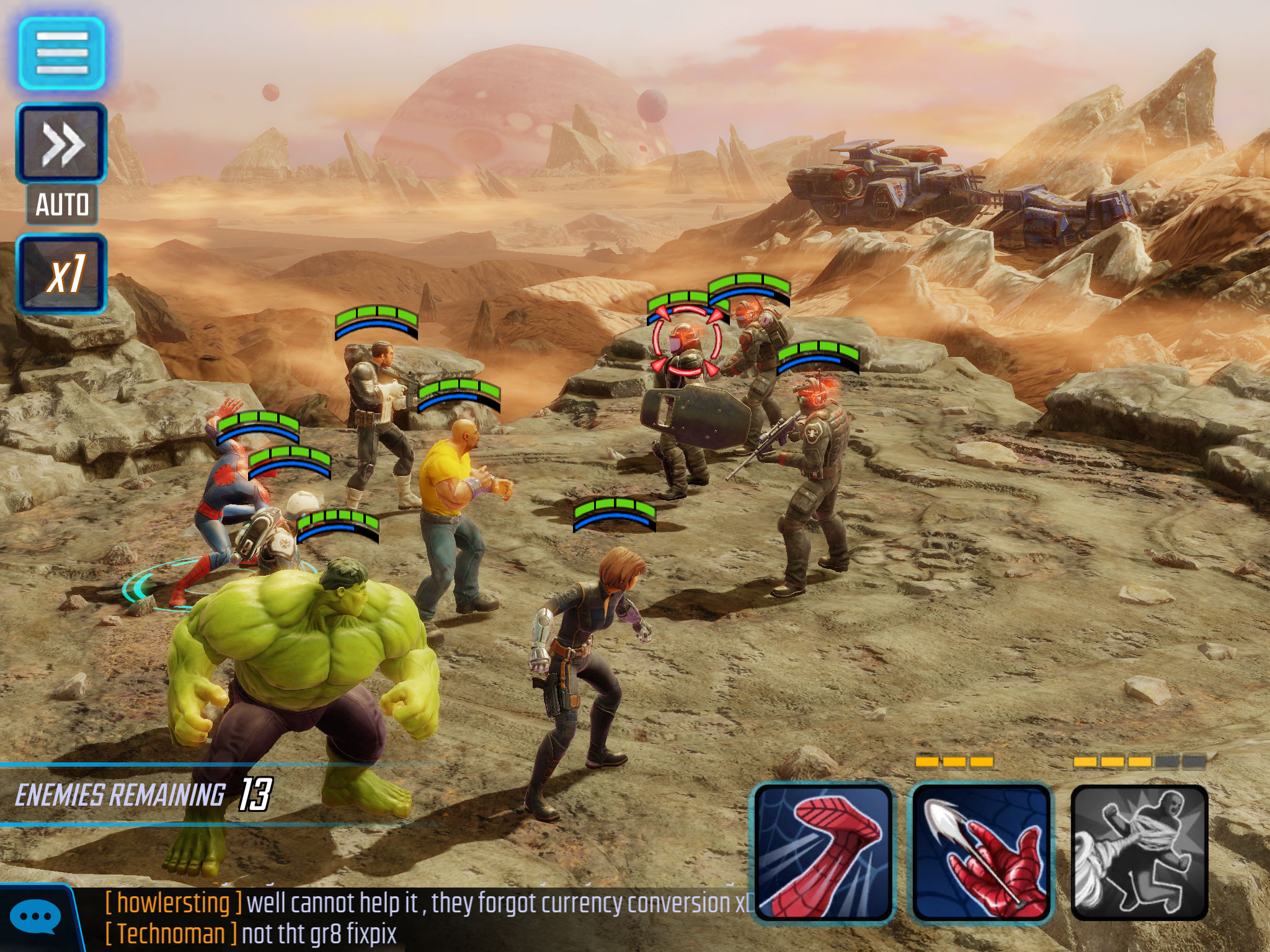 Every character has one basic attack, which will be the first icon. The other icons represent additional attacks or abilities, which can include heals, buffs or debuffs, taunts which force enemies to attack them or multi-target attacks. Tapping and holding down on an icon will tell you exactly what that ability does. The small boxes above each ability signify whether or not it is ready to use, as all of them must be full before the ability can be activated. Think of these as another form of cooldown timer.

A red crosshairs appears on your character’s current target, which you can switch to another enemy simply by tapping on them. Tap the ability to activate it and you’ll see the ability play out, usually with some pretty cool animation.

That’s all there really is to it. Except for some specific scenarios where you must keep an NPC alive, activate a machine or survive for a specified number of turns, battles in Marvel Strike Force proceed until one side or the other is completely eliminated. The only other thing you need to know is that there are buttons in the upper-left corner that can speed up the action two or three times if you’re the impatient sort or automatically play the battle for you (that one looks like a fast-forward icon) if it’s an easy encounter that you are grinding out for some reason.

Know Your Modes: Everything You Can Do in the Game at Launch

One of the more common complaints about Marvel Strike Force during its release is that you quickly run out of Campaign Energy. That’s a fair gripe because every Campaign battle costs at least 6 units of Energy to play, so you can run out of it pretty quickly. Energy recharges slowly over time, and somewhat confusingly, there is a special currency called Campaign Energy Refill and the option of spending Power Cores, the game’s premium currency, to refill instantly. 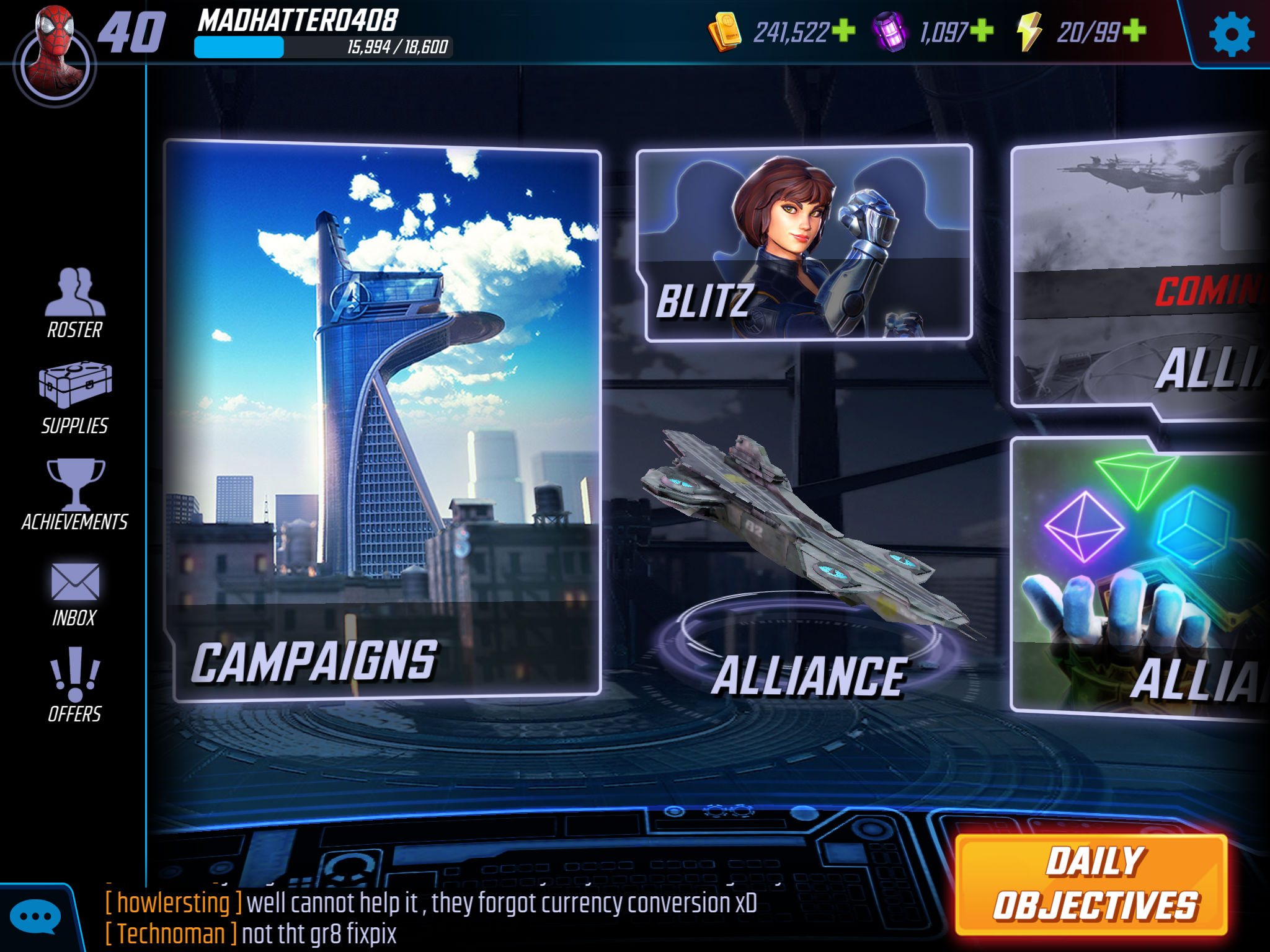 Nevertheless, there’s actually a lot more to do than just the Campaign mode, though other modes require you to level up before they all unlock. Here’s a brief overview of all of them in the game at launch.

How to Unlock More Characters for Free

Now that you know how to play and what you’ll be playing, it’s time to get down to the nitty gritty. Specifically, you’ll want to be able to take advantage of all of the cool characters in Marvel Strike Force by adding as many as possible to your collection, and preferably without shelling out money for Power Cores. 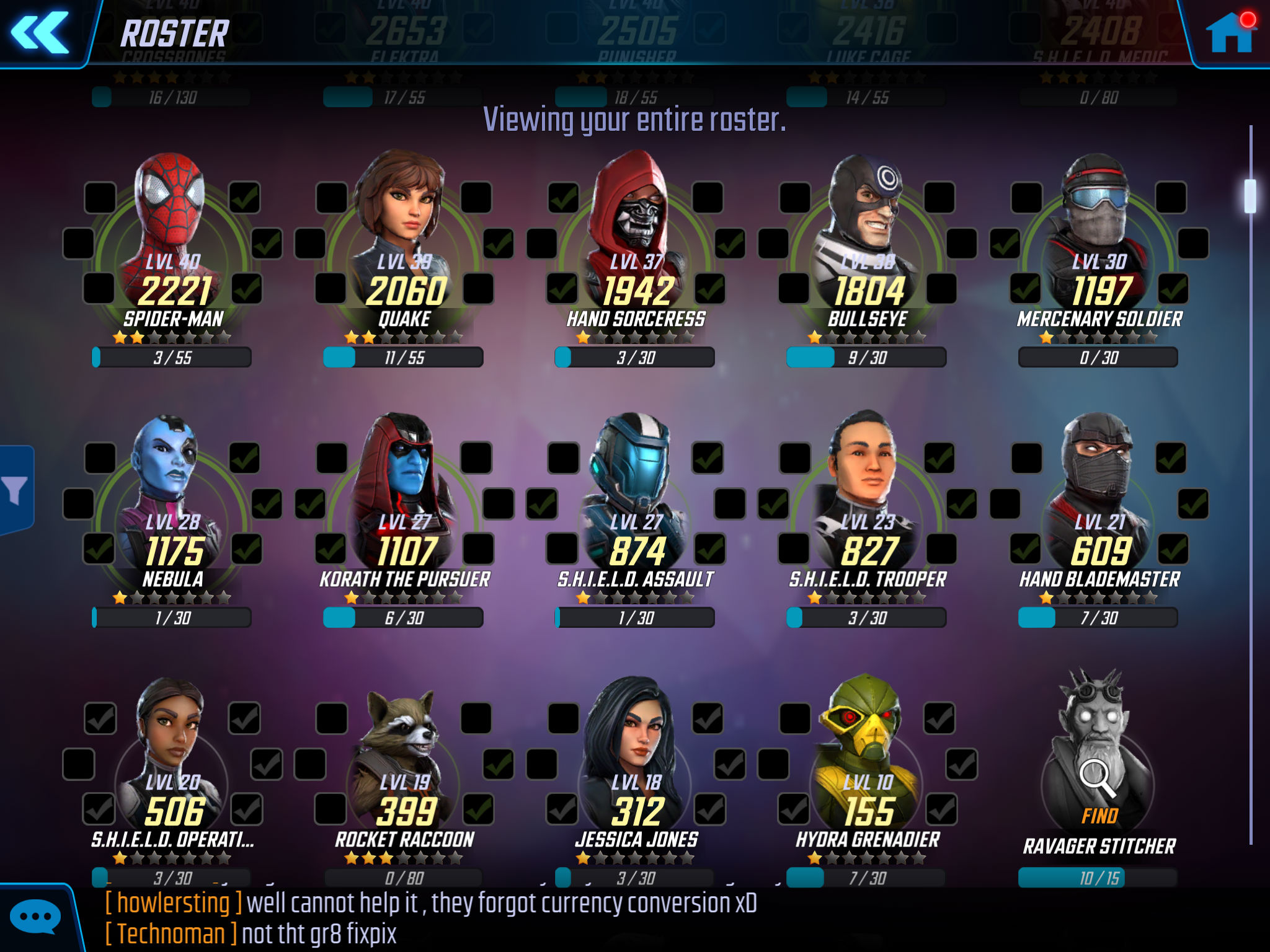 Like many games of its genre, this one uses a system of shards to unlock and tier up characters. What that means is that you’ll often find a shard or several shards as a reward, but rarely will you acquire enough of them in one go to add a new hero or villain to your roster instantly. Essentially, then, what you need to know is where and how to get shards, and we can help with that.

One important note that may help you chase shards more wisely: If you tap on any character’s shards you want to purchase, it will tell you how many shards you still need before you unlock or tier up that character. it’s a very helpful way to prioritize.

How to Assemble a Well-Rounded Team

While it’s tempting to just toss your five favorite Marvel characters together in a group, that might not be the best way to proceed as you’ll likely struggle in fights where you don’t simply overpower your opponents (though to be sure, there are plenty of those). What you’ll want to do instead is get a team that actually has five characters whose abilities complement each other. 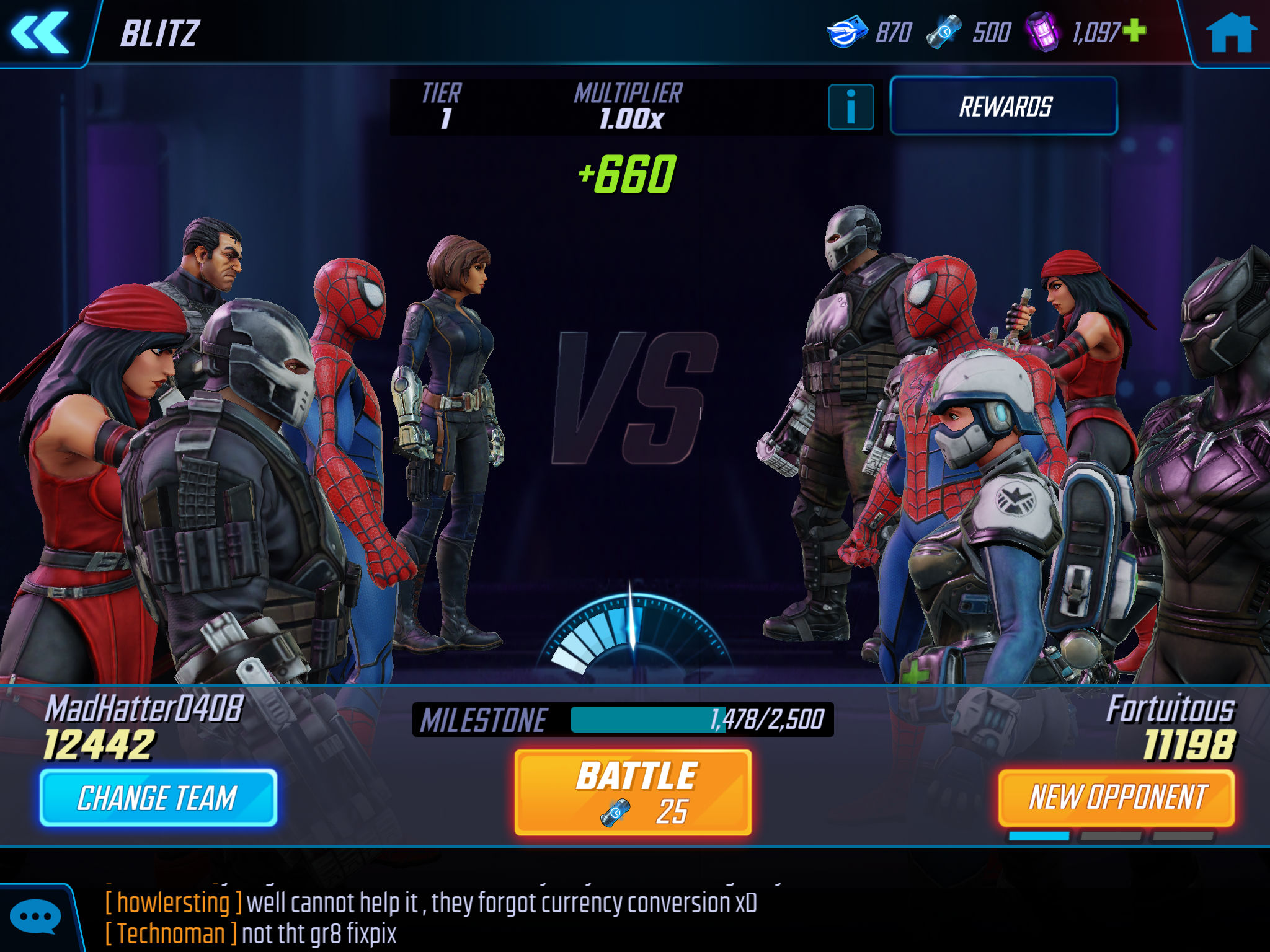 That starts with understanding the four general character classes in Marvel Strike Force:

Can a team with one of each class work? It sure can, though that might leave you a little short on direct damage. A good idea when starting out is to have two Brawlers, one Blaster, one Protector and then either a Controller or Support character. Other combinations can also be very effective if you dive into character abilities more closely and see if there are synergies between them you can use to your advantage.

Finally, you’ll notice every character in Marvel Strike Force has multiple traits — words that define them besides their class. For example, Crossbones has the following traits: Villain, Global, Tech, Protector, Hydra and Inhuman (which he’s not, so … I dunno). Traits can also help suggest groups of characters that will be effective together based on their specific abilities. Sticking with our buddy Crossbones, his Vengeance ability gives +5 Armor to anyone on his team with the Hydra trait. This is the top level of team-building, but one you’ll want to explore in more detail once you’ve been playing for a bit.