Sorry, iOS gaming enthusiasts – I’ve crossed over to join the villainous Carter Dotson on the dark side. After having an iPhone for literally my entire smartphone-owning life, I’ve decided to take the plunge into the unknown and treat myself to a Pixel 2. All things considered, I’m loving it, despite one major flaw: the games. Many high-profile titles are missing from the Google Play store, and while I still have my beloved iPad to make sure I don’t miss out on anything, I find myself wishing I could jump into the likes of Alto’s Odyssey ($4.99) on the go. However, today one major Android absence can be crossed off the list. The Room: Old Sins ($4.99) was Fireproof Games’ excellent 2018 take on their beloved puzzle series, which we adored in our glowing five star review on its release, and on April 19th Android gamers can finally try out the title too. 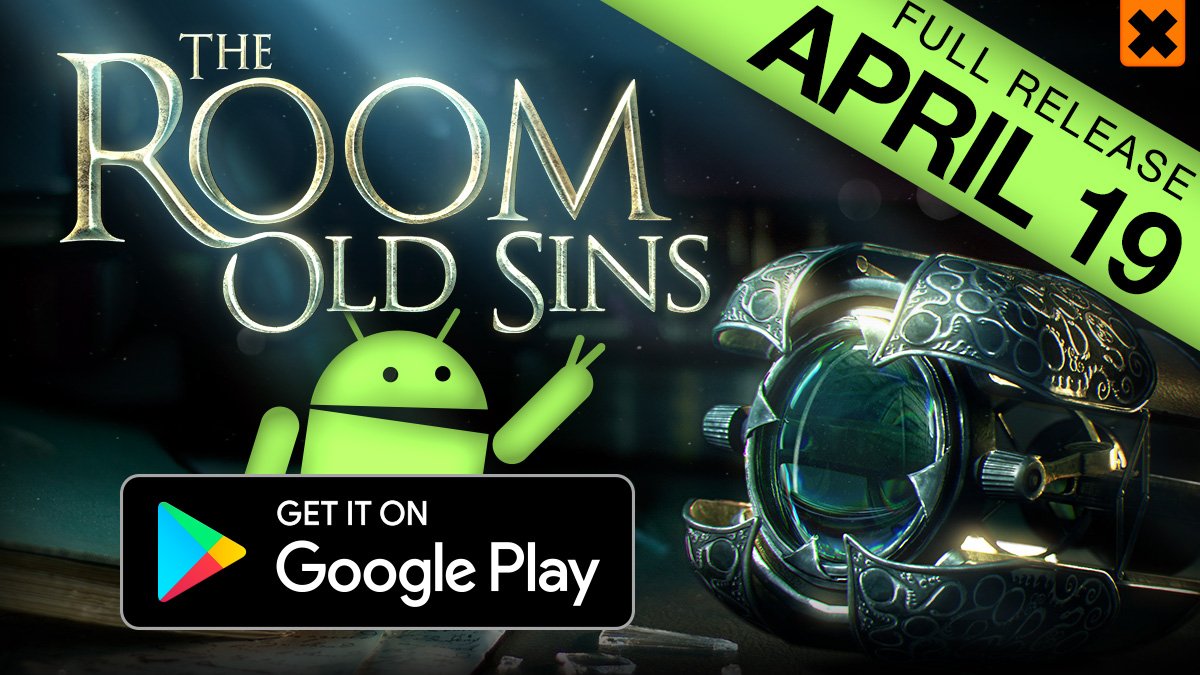 The Room ($0.99) series has been consistently brilliant since its debut on mobile all the way back in 2012, and Old Sins was very much a return to the intimate puzzle-solving of the first two games that made it such a hit with fans. Exploring every nook and cranny of the various dioramas within the game is absolutely fascinating, and the way Fireproof create so much backstory and conjure up an ethereal atmosphere through saying so little is really mobile gaming at its peak. The Room: Old Sins may be the fourth game in the franchise, but it’s an excellent starting point for anyone interested in the concept – even though I’d recommend anyone to go through the previous titles, if just for the fact they’re great too. This Android release has been highly anticipated for months, and it’s good to have April 19th in the diary as a solid release date. Fireproof promise more details on pre-registration and an open beta soon, but until then, head to our forum thread for more discussion on The Room: Old Sins.