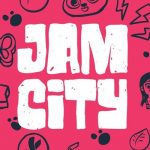 We’ve been absolutely overwhelmed with GDC this week (as you can probably tell by the flood of content we’ve posted so far) but per TouchArcade tradition we’re having our own party tonight at 7:00 PM in the lobby of the Marriott Marquis in downtown San Francisco. We’re taking over the B55 Craft House which has been refreshed since last year and now has a dumb amount of beer on tap. Another neat thing about our party this year is that we’re sponsored by Jam City so we have a limited number of free drink tickets to give out at the event… So come early. I’ve got no idea what turn out is going to be like, but, the fewer people the better as that means more drink tickets for everyone! (But, hey, if it’s huge, that’s cool too.)

Everyone is invited, if you’re attending GDC or are just a fan of TouchArcade. If you love mobile games, our party is the best place to go at GDC to rub elbows with all sorts of mobile industry giants, developers of mobile classics, and more. Seriously, it’s a super fun time.