Yesterday, something not entirely unusual happened. Square Enix, the company behind hit franchises like Final Fantasy, Dragon Quest, and Kingdom Hearts, put out a new release of one of their classic hits. This is something the company has done quite often in its history, with mixed results. Recently, the company has been trying to make versions of these classics that can serve as easily-ported baselines for other platforms as opposed to the platform-specific ports they used to create. A noble goal, but it makes that baseline all the more important to get right. This is especially the case when the port arrives on more advanced hardware, as anything ported from weaker hardware always gets an extra bit of scrutiny. Unfortunately, with most of these cases, Square Enix would have to work hard to do a worse job than they have.

Chrono Trigger is one of the most beloved RPGs in the history of video gaming. You don’t have to look very far to find a fan that would consider it the greatest RPG ever, and even those that don’t place it on such a high pedestal still don’t have a lot of bad things to say about it. For such a landmark title, it has had relatively few releases over the years. There’s the original Super NES version, an emulated PlayStation version that runs terribly, a Wii Virtual Console release of the original game, a rather excellent Nintendo DS version, a PSN release of the aforementioned terrible PlayStation version, and an iPhone version that is older than the hills. Apart from updates to the iPhone version to maintain compatibility with new iOS versions, Square Enix hasn’t done a thing with Chrono Trigger since that 2011 mobile release. Until yesterday, anyway. 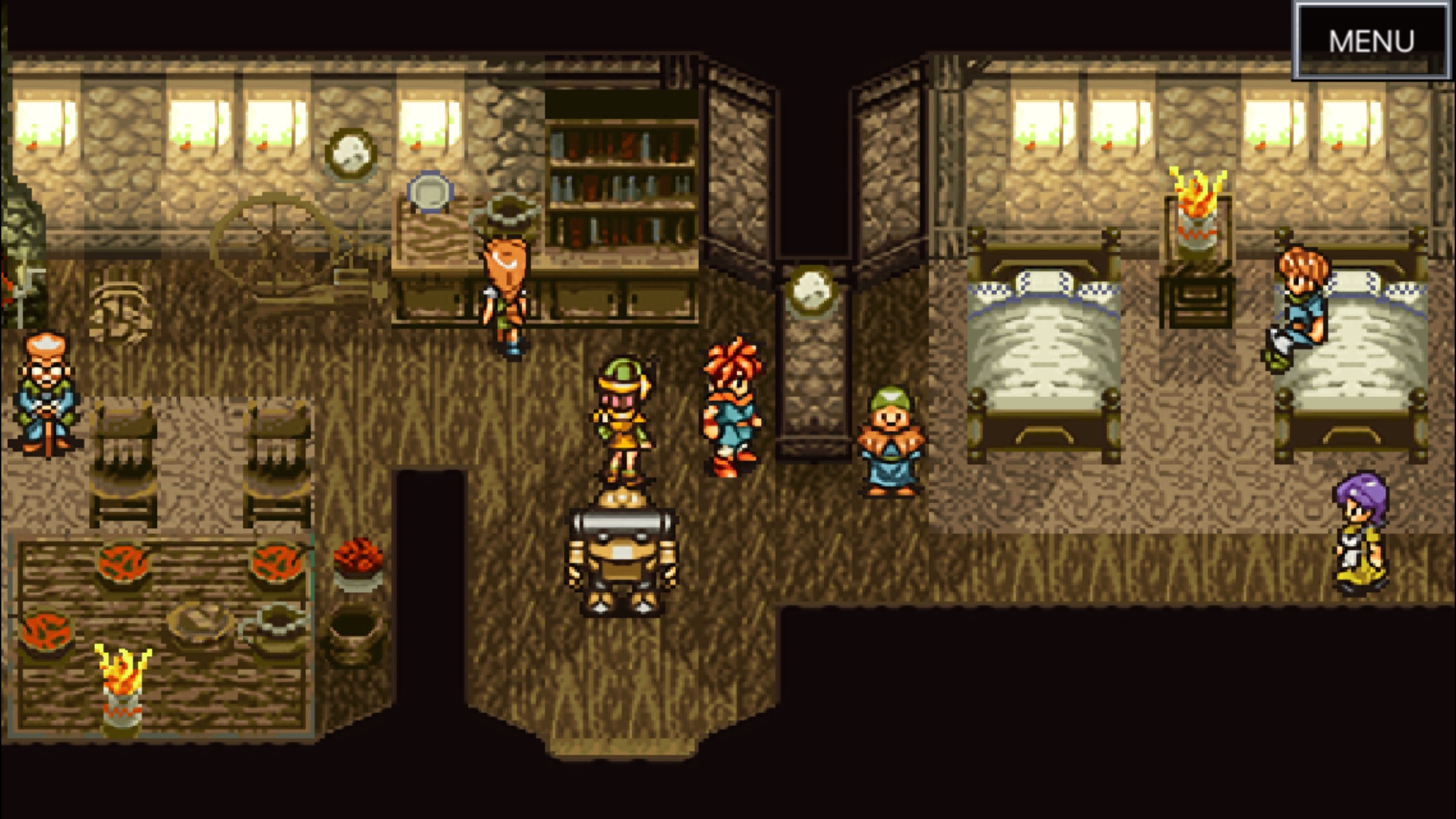 For approximately five minutes on February 27th, 2018, the gaming community rose up in cheers at the Steam release of Chrono Trigger. In the sixth minute, someone noticed that the new Steam version of the game had an ugly interface that seemed more designed for touch controls than playing on a desktop, that it was using a hideous font, and that Square seemingly busted out an array of filters and applied them unevenly, creating a hodgepodge look similar to the recent remakes of Final Fantasy 5 and Final Fantasy 6 that originated on mobile. That dastardly mobile! Bane of our existence! Ruining dreams and happiness at every turn! Square very quickly had a great deal of ire pointed their way, and in almost every example, that most bilious, contemptible phrase was mixed into the complaints: mobile port.

I’m not going to pretend to know people’s beef with mobile games. I play across all platforms and recognize that each of them has strengths, weaknesses, and their own raisons d’etre. There’s a hierarchy in gaming circles where the PC players dump on the console players, the PC and console players dump on handhelds, and all three of them dump on mobile. It’s pretty well-known in the gaming community at this point that even if your game was made for mobile first, you’re better off releasing the PC or console version before it, so as to avoid the stigma of being a yucky mobile port. Let’s be charitable and assume people just want to play versions of games that are well-optimized for the hardware they’re playing it on, and the inherent differences between the displays and inputs of mobile and other platforms can cause issues.

Anyway, from all appearances, it seemed like this Steam version of Chrono Trigger was one of those mobile ports that nobody wants. It’s ugly and it has big buttons, after all, so that’s that. And so everyone from the person in the street to the news reporters at some of the biggest gaming websites around, to the average player and the gaming historians, called this version of Chrono Trigger a mobile port while making their well-founded criticisms. To be honest, this is a practice that annoys me even when it is the case. There’s nothing special about mobile that makes companies spit out lousy remakes. Blame the publisher, not the platform. But what makes it even worse in this case is that it’s not true. 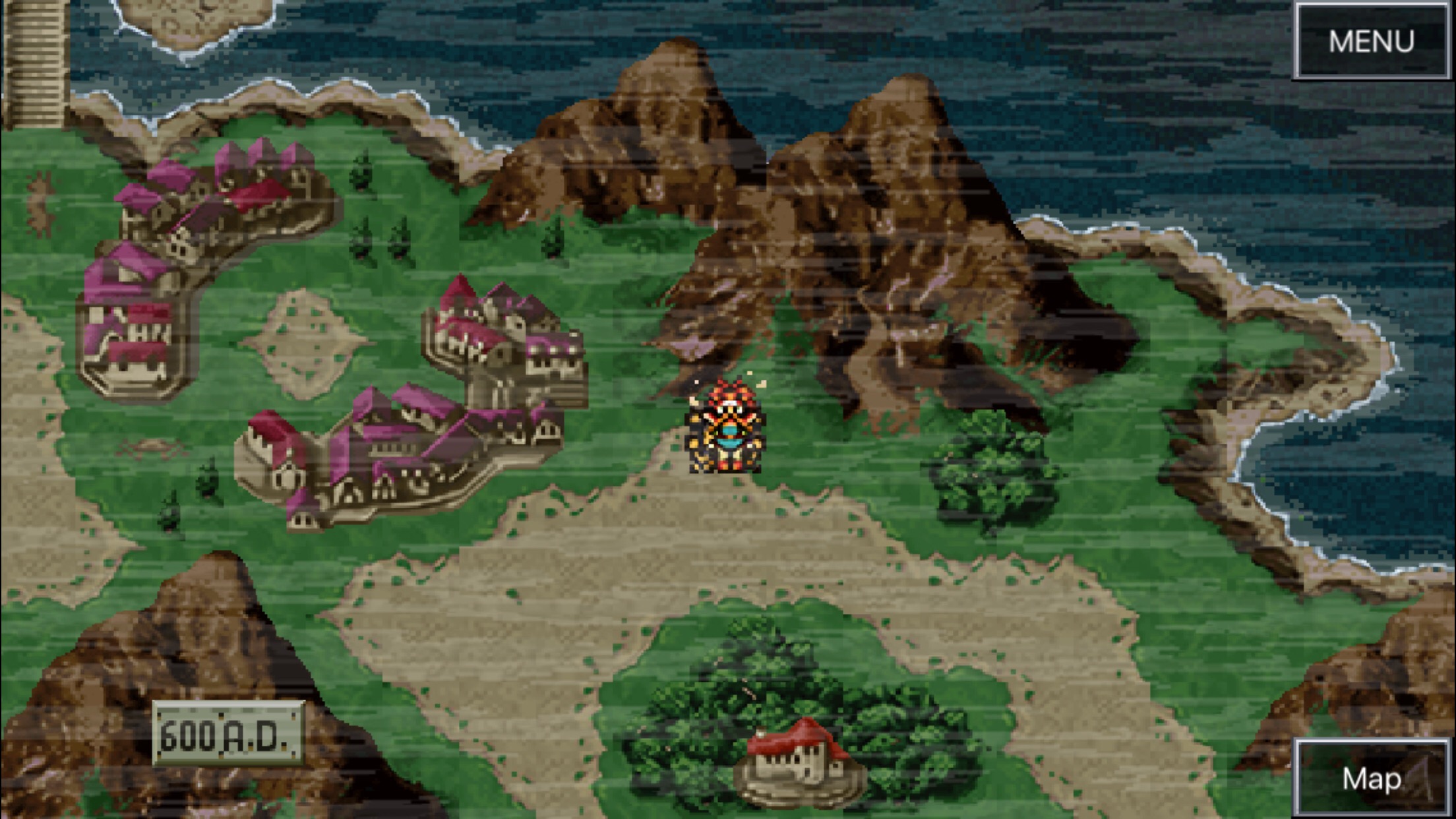 The Steam version of Chrono Trigger is not a port of the iPhone version of the game. It’s a brand-new version that was pushed out simultaneously to Steam and mobile, and bears very little resemblance to the prior mobile version of the game. Granted, that version also used an awful font and smeared the whole screen with a filter to eliminate those pixels that publishers seem to think we all hate. But that’s not where this new version came from. That wouldn’t even make sense, as I can’t imagine a seven-year old non-Retina port designed to run on an iPhone 3G would work out all that well on modern PCs. A quick comparison between the previous mobile version of Chrono Trigger and this new one makes the difference quite plain.

Now, some might say that there are certain indicators that this version was created for mobile first and just happened to be released on PC at the same time as the update went out. And you know, I can’t say that it wasn’t. But I don’t feel like that is an especially likely scenario. Square Enix has had no problems updating the previous version of the app without making dramatic (and possibly costly) changes to the assets. I doubt the sales on mobile alone are sufficiently high to make that kind of re-design even worth doing. But a new baseline version of the game that they can more easily push out to a variety of platforms? That’s probably worth doing. And I’m pretty sure that’s what they’ve done here.

Ideally, Square should be trying to accommodate each platform’s specifics as they go. Give the PC players a UI more suited to controller play. Make sure the kaleidoscope of filters you’re using willy-nilly actually look decent on a screen bigger than five or six inches. Maybe lose that message about not turning the power off during saving, as though mobile users or PC owners are going to flip off their power switches in the half-second it takes to save the game. But that’s not what Square is doing, and it’s not what they have been doing. That’s their failing, not the mobile platform’s. 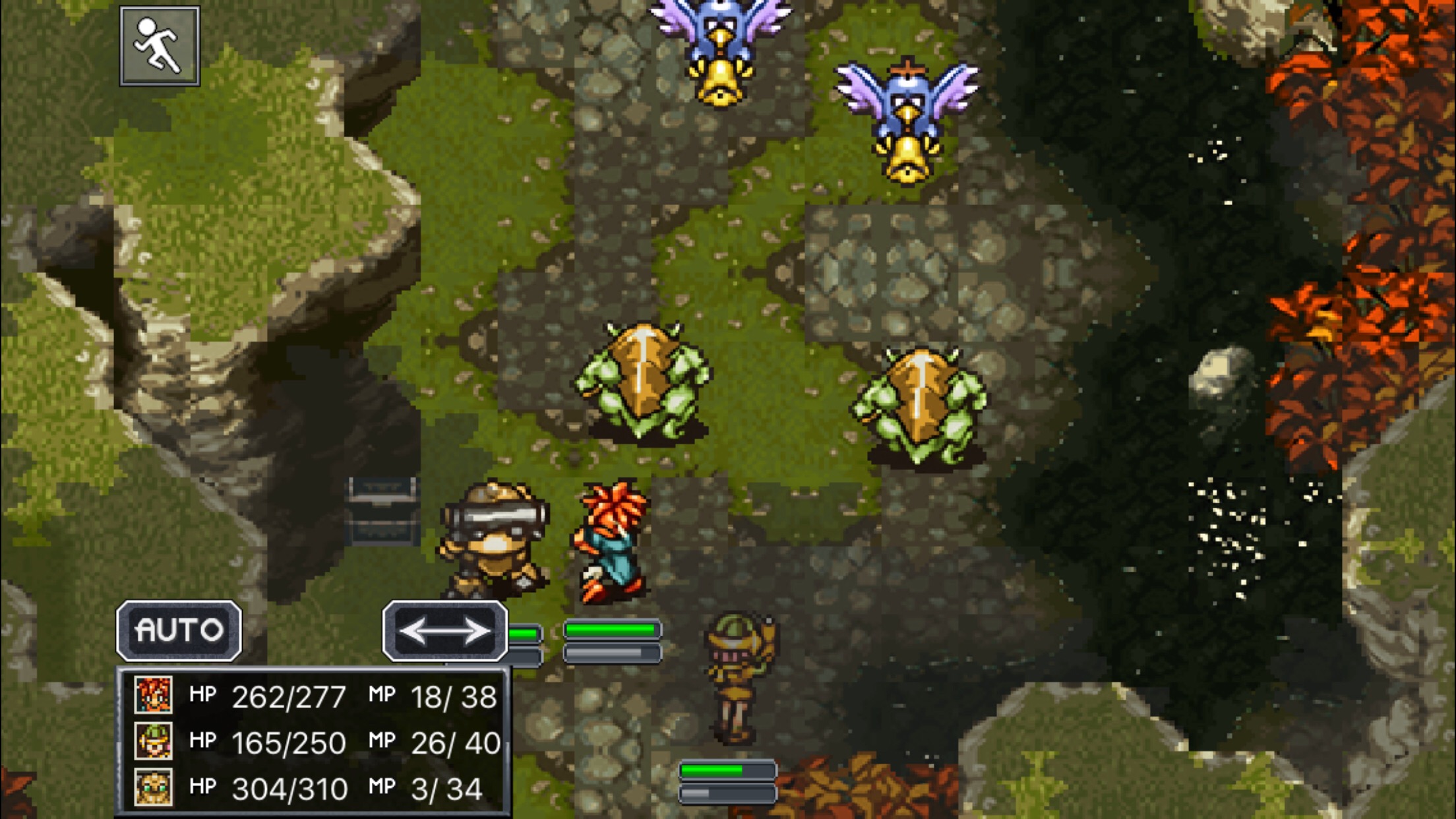 From their point of view, it probably makes sense. They can make great remakes that theoretically please everyone, like Romancing SaGa 2, Dragon Quest 5, or Final Fantasy 9 and watch them sink like rocks in the sales charts next to less well-received remakes of Final Fantasy 6, Dragon Quest 8, or Secret of Mana. Where’s the incentive to do things well? Square Enix seems to have figured out the dirty little secret of re-releases: the name sells these things, not the quality of the port. So why not cut corners to get these games out on the largest number of platforms with the smallest amount of alterations possible? To properly preserve the history of gaming? Because I’ve got some bad news for you on that front, I’m afraid.

Now, don’t get me wrong. I care a lot about gaming history and I get just as upset as anyone when I see Square Enix biff things up like this. But mobile gaming gets more than enough flack from its siblings in cases where there’s a real connection without people jumping the gun and making things up so that they have an extra cat to kick. This weak version of Chrono Trigger is just what Square Enix thinks they can get away with delivering out to the wider audience these days, whether it be on mobile, Steam, or anywhere else. I suspect that belief is informed by the sales data from their many previous re-releases, ports, and remakes. PlayStation owners bought a lot of copies of Final Fantasy Anthology. PSP owners bought hundreds of thousands of copies of Final Fantasy Tactics: War of the Lions. Mobile players bought plenty of copies of Final Fantasy 7. The votes have apparently been tallied.

Don’t provide Square Enix with a handy scapegoat for efforts like this. There’s nothing about mobile that forces Square to throw out ugly remakes. That’s entirely on them. And especially so in this case, where the previous mobile version isn’t even the same thing as the new version that’s being sold. This wasn’t an existing version Square Enix had laying around that they could port to Steam for a quick buck. This was a completely new effort, and is quite simply what Square Enix seems to feel is an acceptable remake to release in 2018, even knowing that it would be on Steam from day one and likely on other platforms later. If that bothers you, let them know. But you really can’t blame it on mobile this time, no matter how much that’s become a knee-jerk part of the traditional gaming narrative.