I’m going to admit that I don’t even know where to begin with Florence ($2.99), the debut title from Mountains Games. It’s difficult to put into words. Florence is a game, sure, but it’s also more of an interactive story. It tells the tale of Florence Yeoh, a twenty-something young woman dealing with the doldrums of everyday life until she meets her first love, which changes everything. The thing about first loves though is that they’re rarely the last. And so it goes as you follow Florence on her journey experiencing life and discovering who she is.

So, ok. But so what? So is this a game or not? That’s what’s so fascinating to me. Florence could be a short animated movie, where you passively just sit back and watch it play out, and it would be great. The brilliance here is that it’s NOT a passive experience on iOS, and that takes it from great to, well, brilliant. There’s a lot of interaction happening throughout Florence, and it’s almost entirely the simple, “micro game" variety but I can’t overstate just how much that adds to the impact of the experience. 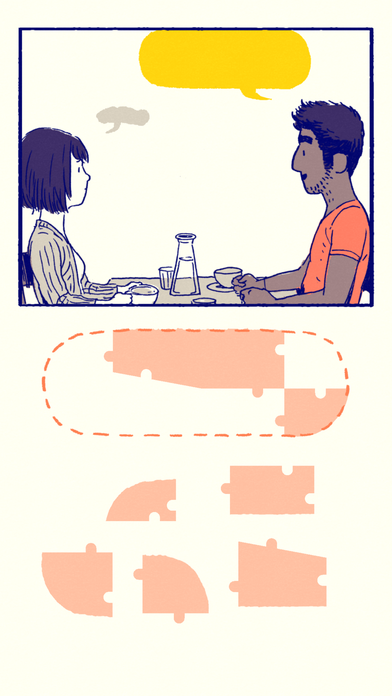 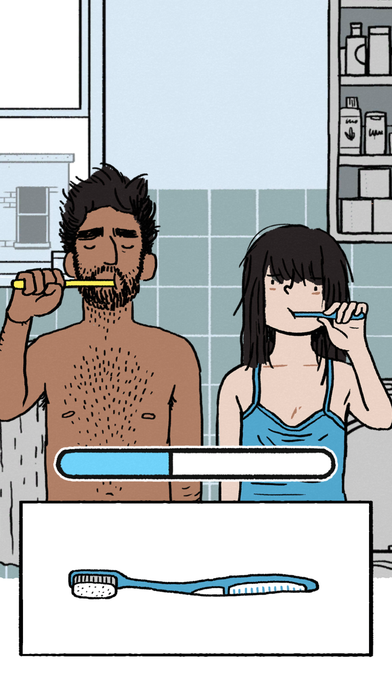 For example, when you’re on your first date with your first love, the game represents the back and forth of each person’s conversation as piecing together fragments of a speech bubble. In the early part of the date nerves are running high and Florence is feeling a little awkward, and the speech bubble pieces are more complex to put together. As the night goes on and both people become more comfortable with each other, the pieces become larger and much simpler shapes, until they’re not pieces at all and instead are just one giant speech bubble.

This is such a fun way of mimicking what it’s like to click with another person on a romantic (or even a non-romantic) level. Things can be tricky at first as you try to force words together to make a sentence and carry on a conversation and hopefully not embarrass yourself in the process. But as you grow closer to that person the words just sort of come out naturally. This is really just one example of how “gameplay" helps capture a feeling and flesh out the characters in Florence in such an interesting way that’s just not always possible in books or film.

I should also add that there’s almost NO text throughout the entire game. Amazingly, Florence is able to create real emotional connections and perfectly convey everything that’s happening just by using the visuals, the tiny micro games you play, and by the absolutely phenomenal soundtrack. Seriously, don’t even DARE play this without headphones or at least with your device’s sound turned on. Just don’t. It doesn’t work without the full audio and visual experience. Florence is a very short ride too, clocking in between 30 minutes and an hour depending on how much you soak in each scene, so do yourself a favor and set aside some free time to fully absorb yourself into the game in one sitting. It’s worth it. 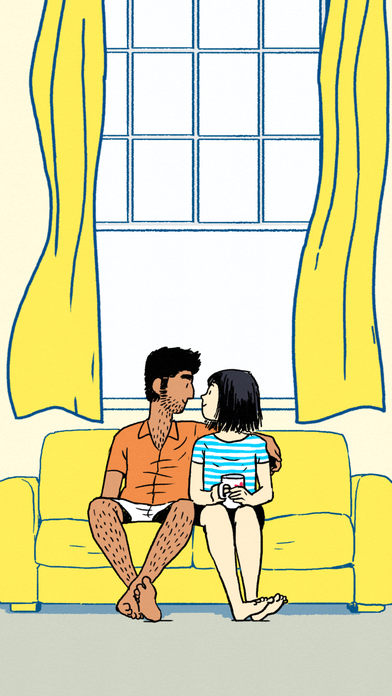 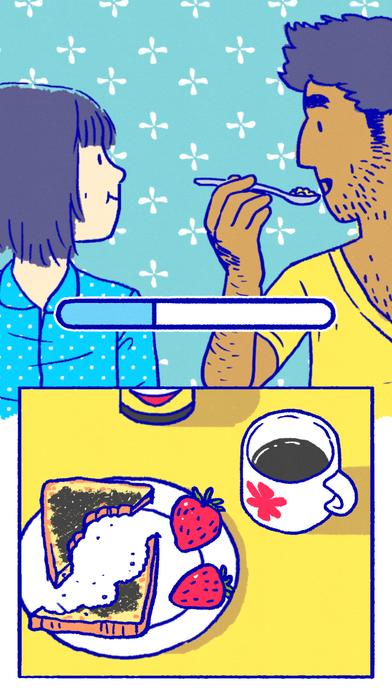 Florence certainly won’t be for everyone, but as someone who enjoys artsy games like this I can safely say that that 30 minutes or so will be sticking with me forever, and three bucks for the feelings it gave me while playing feels like I committed a robbery. When people talk about using video games as a medium to tell stories like books or films do, Florence feels like the perfect example of what can be possible. It reminded me in many ways of Simogo’s amazing Device 6 ($3.99) in that it wouldn’t be possible to tell the same story or provide the same type of experience in a book or a film, and the interactions with the touchscreen and the way the visuals move with your own movements and guide you through the game provide an experience unlike any other.

Know what you’re going into with Florence, and our review is a good place to start for a little more info, but if this type of thing is up your alley then by all means dive in and enjoy this short but ultimately impactful interactive story.