HQ Trivia (Free) is close to reaching Flappy Bird-levels of popularity with practically everyone I know, even total non-gamers, playing along. If you haven’t fiddle with it yet, HQ is a live trivia game show that fires off a couple times a day and after asking 12 questions awards anyone who gets them all right a share of the prize pool. The game I just played was for $2,500 resulting in a surprisingly decent split of $17.24 per person- All for just diddling around in a game for 15 minutes. Like most trivia game shows, the questions start out easy and rapidly increase in difficulty and obscurity.

The somewhat expected result of this system of giving away cash prizes for such a simple game is an unbelievable amount of bots, cheats, and other hacks that have sprung up to try to exploit the system. The problem is, most of these are super complicated to set up and require a pretty high level of knowledge when it comes to running and configuring cobbled together computer programs off github. This is where HQuack comes in, as if you can use a web browser you can use HQuack. 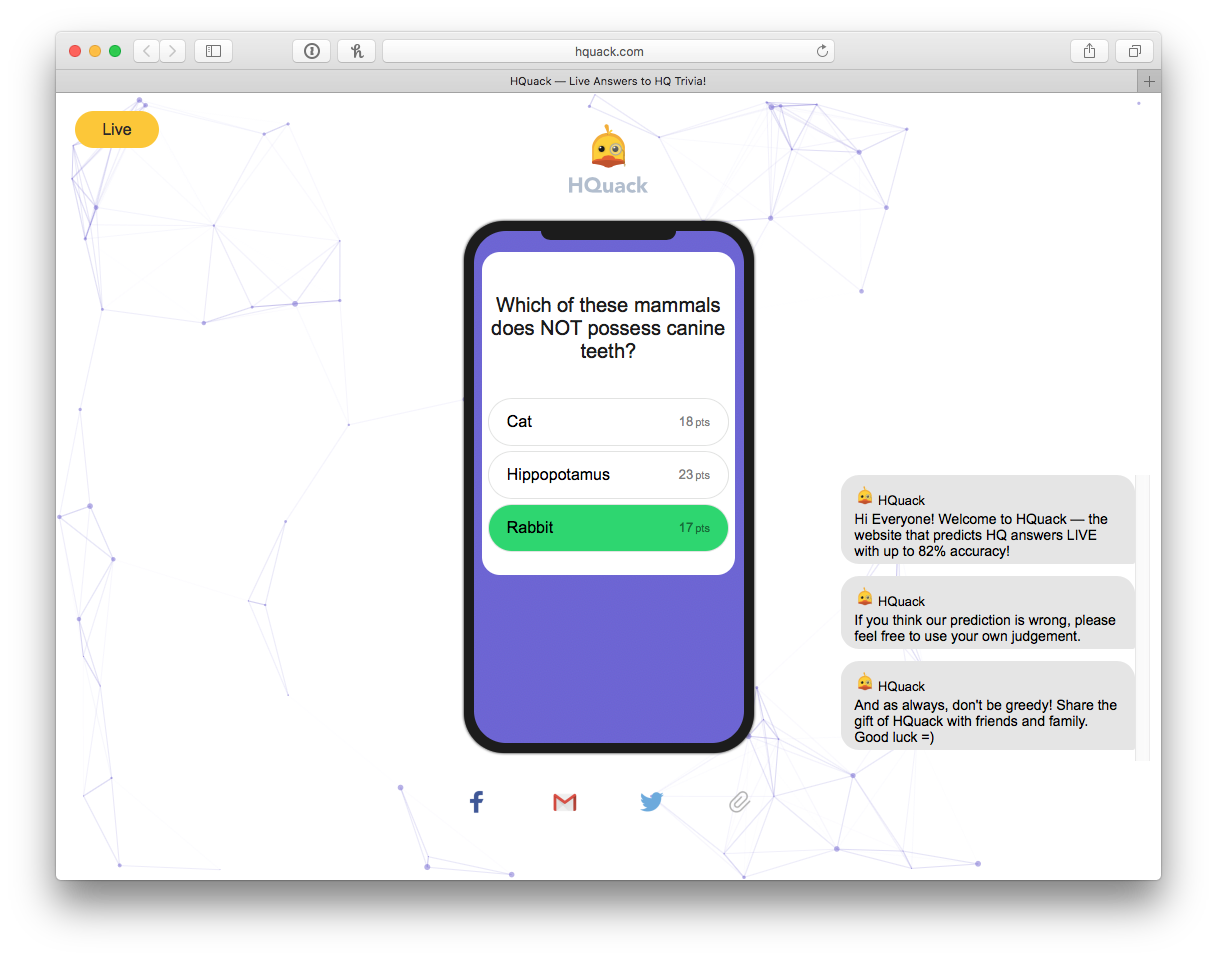 The way HQuack works is actually pretty clever- It reads the questions from the app then behind the scenes searches Google, Wikipedia, and other data sources to score answers that show up the most. They’re claiming 85% accuracy, which… so far seems pretty spot on. Using HQuack I was able to make it to the 7th question doing nothing but answering what it told me to, then it missed one (so I lost), but then continued to provide correct answers.

I think the best way to use HQ Trivia cheats like HQuack is to treat them like advisors. No AI bot in this sort of trivia game is ever going to have 100% accuracy, so use your brain and if you really don’t know the answer cross your fingers and do what HQuack says. Using HQuack is as simple as navigating to HQuack.com when a game is about to start. Or, you could not cheat in video games, but, you do you.