There aren’t too many game series that started their life on mobile that have had the sort of critical and commercial success than The Room series. Back when the original released in 2012, it blew the minds of the mobile gaming audience, and then brought folks from the traditional gaming world and even people who weren’t gamers at all along for the ride with its beautiful visuals and intricate puzzle box. In fact, the intimacy of touching and manipulating that puzzle with the touchscreen was something unmatched on other gaming platforms. Two sequels followed in the years since, each building and expanding on the original formula in a number of ways, but this week something new has arrived in the form of a spinoff called The Room: Old Sins ($4.99). 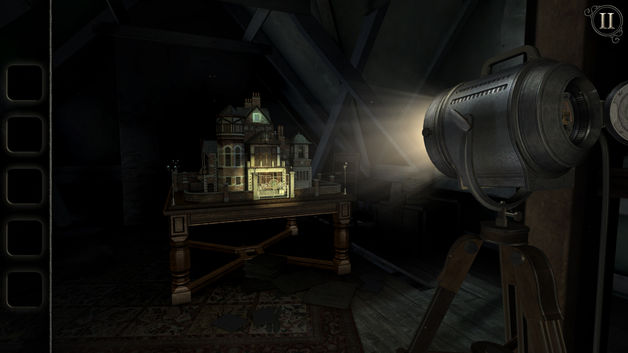 To highlight what I think is most interesting about The Room: Old Sins means talking about those sequels. Whereas the original The Room had one incredibly dense and complex puzzle box, The Room 2 expanded on that with multiple puzzles and much more narrative. The Room 3 then kicked THAT up a notch with environmental puzzling that was reminiscent of a more traditional adventure game in addition to more neat puzzle boxes. With Old Sins, developer Fireproof Games has found something of a happy medium between the second and third games.

Eli goes into much more detail about The Room: Old Sins in his review from earlier this week, so be sure to give that a read if you haven’t already and you’re looking for a meatier breakdown of the game. What I wanted to point out is just what I love so much about Old Sins, and that’s how expertly it straddles the line between straight escape room game like the first and second games and more elaborate adventure game like the third. It’s fitting that this isn’t a proper “The Room 4" sequel as Old Sins has a unique feel to it while simultaneously still totally feeling like a The Room game. It’s hard to explain, but I love it all the same. The Room series is one of the finest sets of games in all of gaming, and I’m very happy to have a new entry to chew on and hope more new entries will be waiting for fans in the future.